Isle of Capri. a top visitor attraction in Italy's Bay of Naples 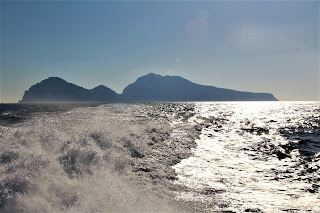 (Above image is a capture of Capri taken on return trip)

Today, as part of a large group, we visited the Isle of Capri.

Capri is an island in Italy’s Bay of Naples covering 10.4 sq km/4.0 sq miles. It is famed for its rugged landscape, upscale hotels and high end shopping outlets.shopping,The island appears to be predominantly of limestone which gives rose to an interesting coastline featuring many caves, natural arches and other features due to weathering. 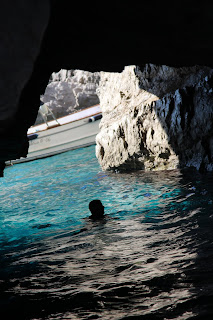 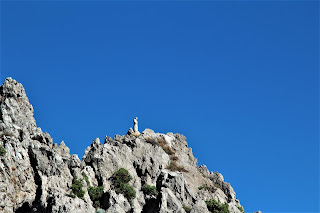 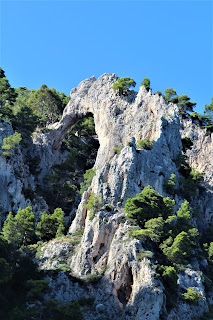 Spectacular coastal arch through which tour boats can pass. 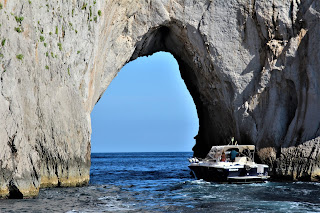 A rare feral goat on the coast 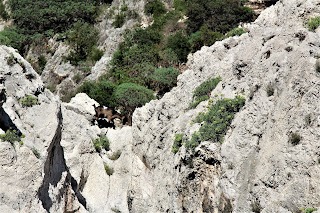 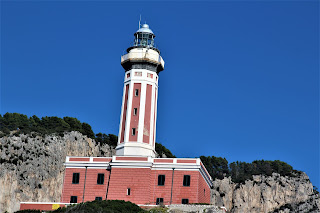 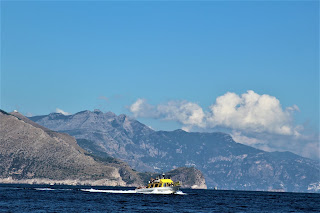 Although now approaching end of the tourist season, temperature was around 28C/82F which, coupled with the 'lava flow' of many thousands of day visitors in the narrow streets stretched the experience to the outer reaches of tolerance levels.

Being part of an organised trip did prove beneficial in that all transfers and island tours were pre-planned and worked smoothly, probably far superior to anything we could have arranged independently. 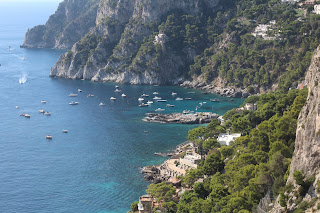 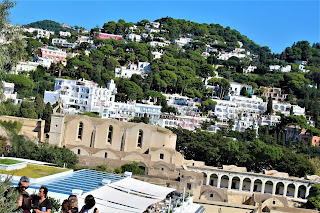 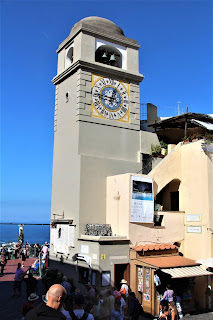 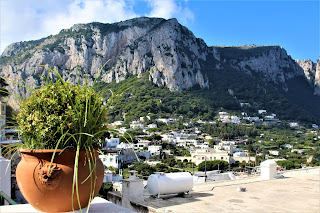 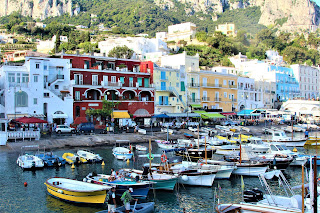 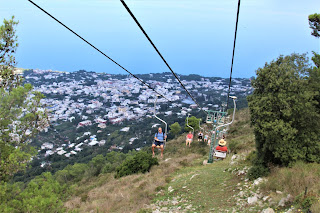 Our visit included a walking tour around the principal town with it's narrow streets, a ride up to a high vantage point by chair lift, lunch and a trip around the island by boat all of which proved very satisfactory. Later, we were transferred back to our 'base' hotel in Sorrento.
Isle of Capri