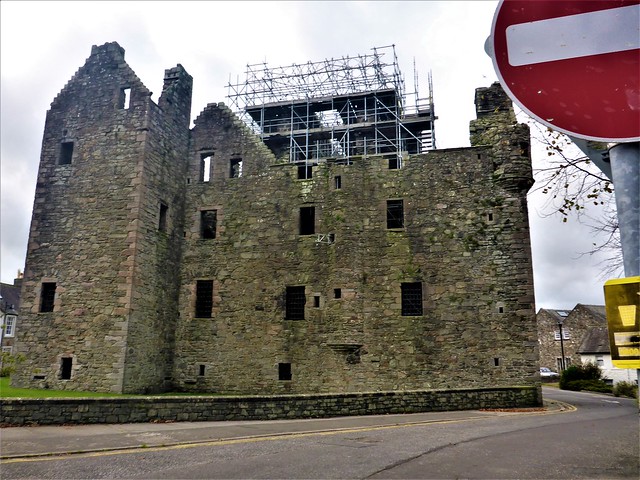 This evening, I am posting information on a ruin in Kirkcudbright, southern Scotland which is variously known as Maclellan's House, Kirkcudbright Castle or MacLellan's Castle.

To the extent that a castle has a purely military function the nomenclature 'castle' is a misnomer because the building was actually a high status dwelling, albeit with defence in mind. Note that, as a defensive measure, window slots at ground floor level (first floor U.S.) are very small with limited provision for doors.

The castle was built in the 16th century when the countryside was becoming pacified. It was actually built by Sir Thomas MacLellan in 1582 on the site of the former convent of Greyfriars with such being dissolved in 1560 along with all other Catholic places of worship when Scotland switched to Protestantism.

From a structural perspective, the building consists of a modified L-shape with four storeys and two additional attics.It has been a ruin since 1752.

As will be evident from the images herein the building is currently undergoing repair/stabilisation work. It is cared for by government agency, Historic Environment Scotland. 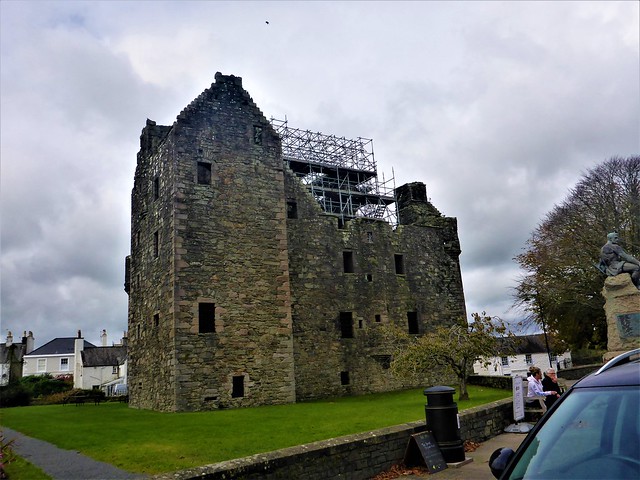 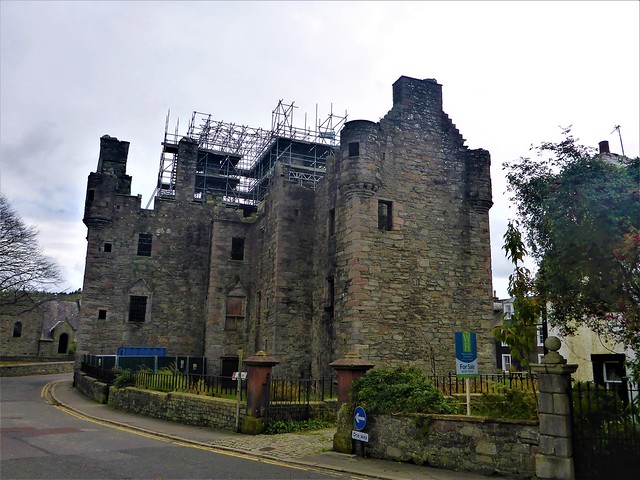