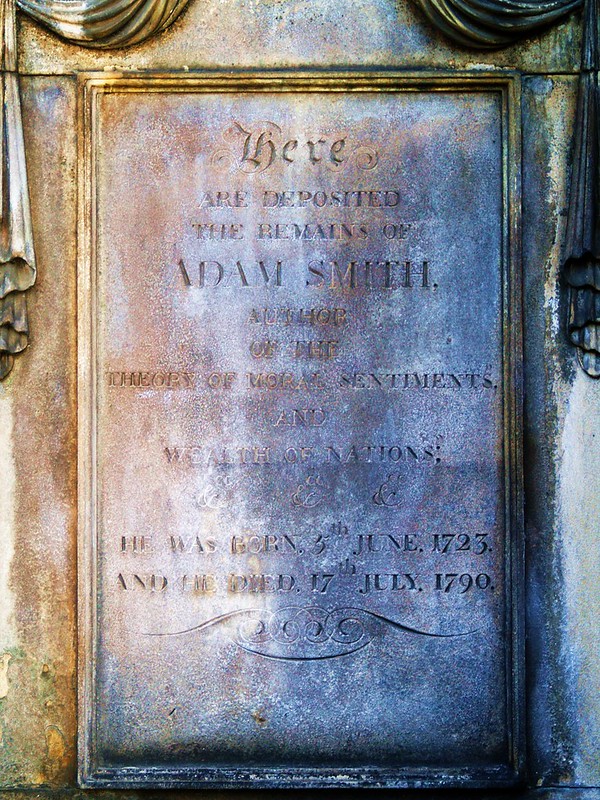 This evening, evening, I am focusing on Adam Smith, a leading member of the Scottish Enlightenment (intelligentsia) during the 18th century.

The Scottish Enlightenment spanned the period 1730-1790 and represented an outburst of intellectual activity from such noteworthy persons as Sir Walter Scott (novelist), Robert Adam (architect), David Hume (philosopher), James Hutton (geologist) and Henry Home (judge and agrarian improver).  As a result of the new learnings Scotland was able to move forward with improved agriculture, new industries and new sciences.

Adam Smith’s life and career can be summarised as follows:-
Smith’s Wealth of Nations resonates in today’s world as a result of which his grave is sought out by many visitors to Edinburgh. Directions: Enter the burial ground facing the Canongate Kirk entrance (below) then turn sharp left and Smith’s burial is against the wall separating the burial ground from Royal Mile and is enclosed by a ‘box’ of  iron railings. 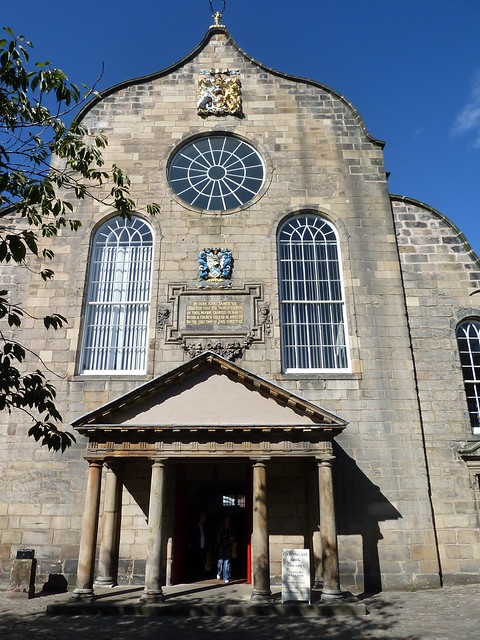 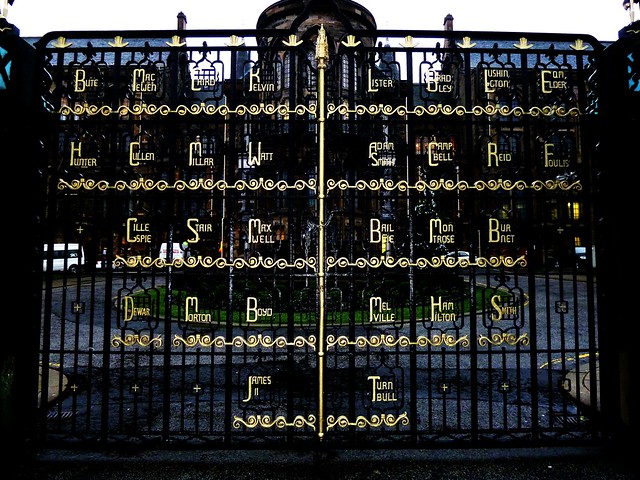 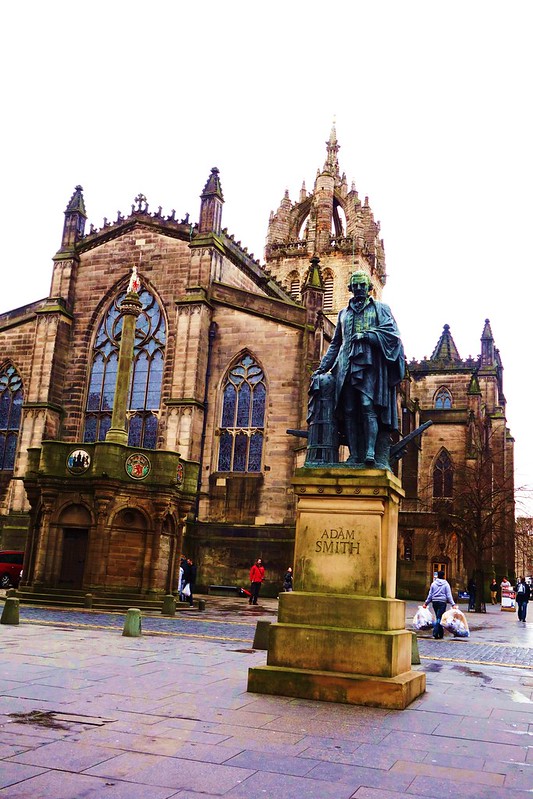