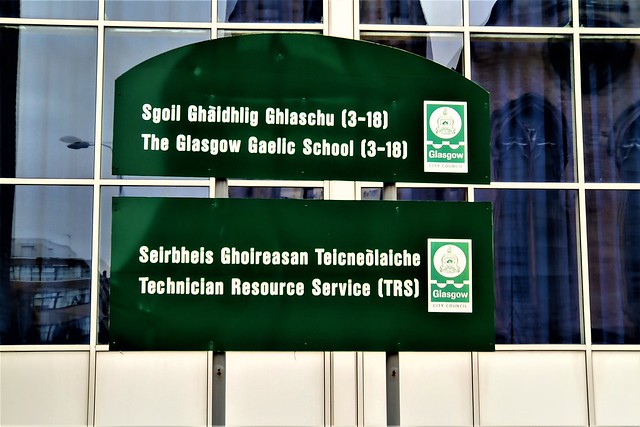 (Above image is a capture of a sign outside the Glasgow Gaelic School, 147 Berkeley Street. )


By way of background, Scots Gaelic (pronounced 'Gallic') was once widely spoken across the country but Gaelic speakers now amount to only 1.1pct of the population most of whom are concentrated in the Outer Hebrides (Barra, Uist, Benbecula, Harris and Lewis) where about 59pct of the population speak the language. This concentration on the west is probably due to the fact that the language was brought to Scotland by a wave of people movement from Ireland commencing around the 5th century AD. Scots Gaelic is derived from Irish Gaelic with the two languages having a close affinity but are not identical.

In recent years there has occurred a small decline in the number of Scots Gaelic speakers partly compensated by an uptick in youngsters learning the language. For example, the Glasgow Gaelic School illustrated above was founded in 2006 with teaching through the medium of Scottish Gaelic.


On the Isle of Skye (Inner Hebrides) is Sabhal Mòr Ostaig which provides degrees taught entirely through the medium of Scots Gaelic, the only degrees of their type in Scotland. About 30pct of the population on Skye speaks Gaelic.

Sabhal Mòr Ostaig can be seen about half way through run of the video clip below, it being the white, modern building sitting on edge of a promontory.

Below is a menu at a Skye restaurant partly written in Gaelic. 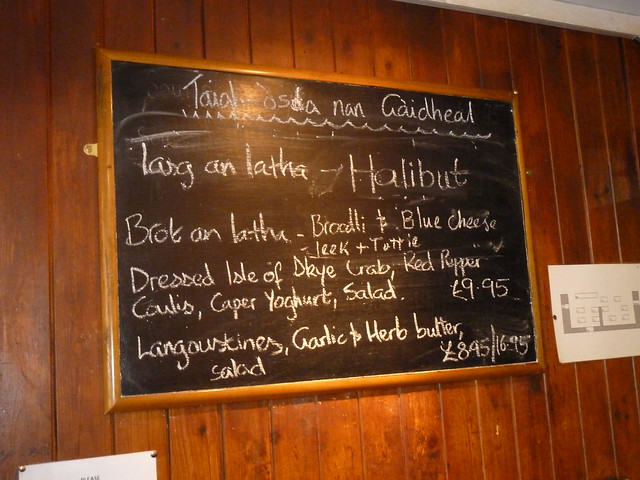