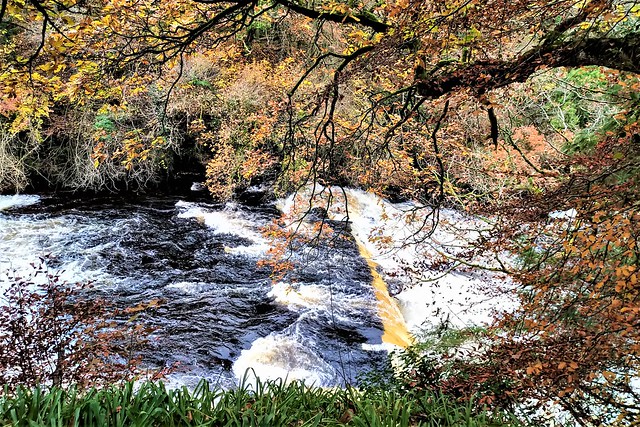 (Above image is a capture of one of the Falls of Clyde.)

Today, I was one of a small group who undertook a nine-mile hike along the banks of the River Clyde in south central Scotland. This route is commonly known as the Falls of Clyde. We covered a route which commenced Lanark then the World Heritage Site of New Lanark and, ultimately, back to Lanark.

We benefited from favourable weather. Following an overnight frost, temperature was a few degrees above freezing but there was no wind or precipitation.


Falls of Clyde at New Lanark 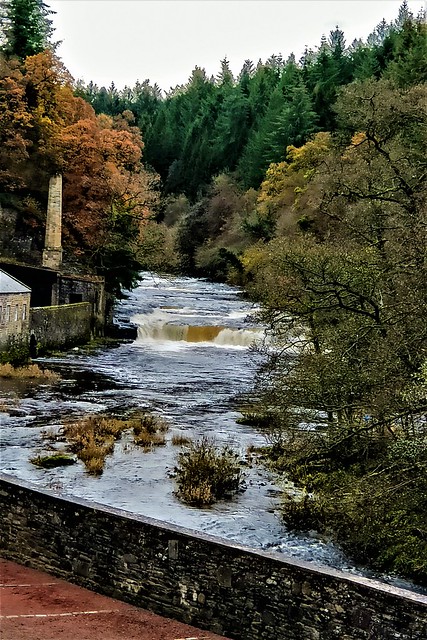 Our first objective was New Lanark which is located  35 miles S.W. of Edinburgh and 33 miles S.E. of Glasgow. This massive cotton manufacturing plant has its origins in the the late 18th century when it was originally established by David Dale (1739-1806).  Original power source was free and very eco-friendly in the form of the River Clyde. This resulted is some very advanced and impressive engineering to harness the power of the water supply which remains in evidence today. Apart from the sheer scale of this enterprise, New Lanark is remembered for the social pioneering of subsequent owner, Robert Owen who focused on the workers quality of life as manifested in improved working conditions, a school, adult education and a village store.


Part of the New Lanark complex 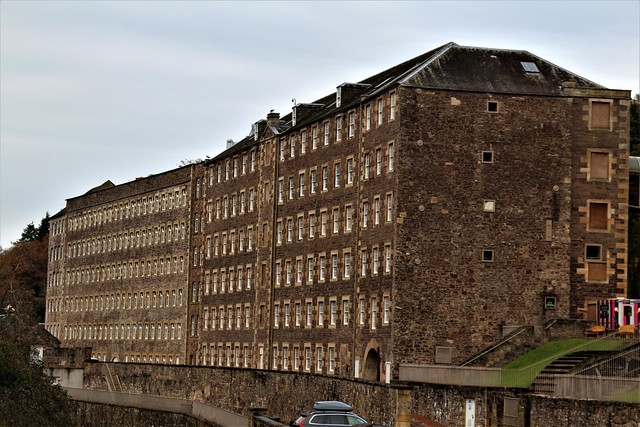 By the 1970s the mill had gone into decline but was rescued by a conservation trust which ultimately, and deservedly, achieved World Heritage status for the site. Many of the workers houses have been reinstated as homes and part of the former mill has been converted to a hotel. On site some modest scale spinning is still undertaken. 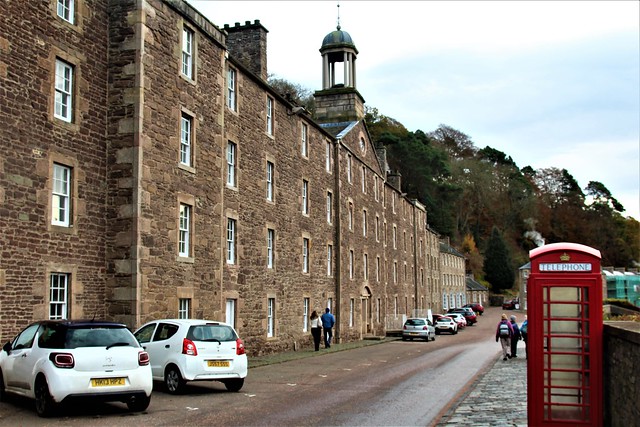 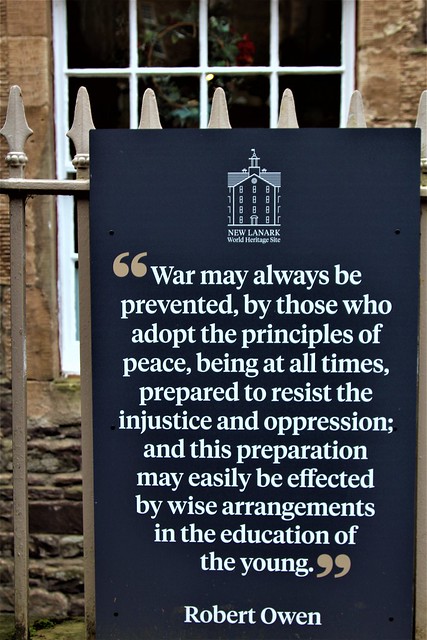 After passing through the New Lanark complex we then followed a trail along the banks of the River Clyde which now forms part of the Clyde Valley Woodlands National Nature Reserve. Here can be found some of the last remaining ancient woodland in Scotland which has been saved by the steep sided gorge, in turn providing a rich habitat for wildlife. The gorge may have been formed by melt water about 10,000 years ago when a sudden climate change event resulted in a melt of glaciers which had covered Scotland up to a depth of one mile..There are similar gorges elsewhere in Scotland. 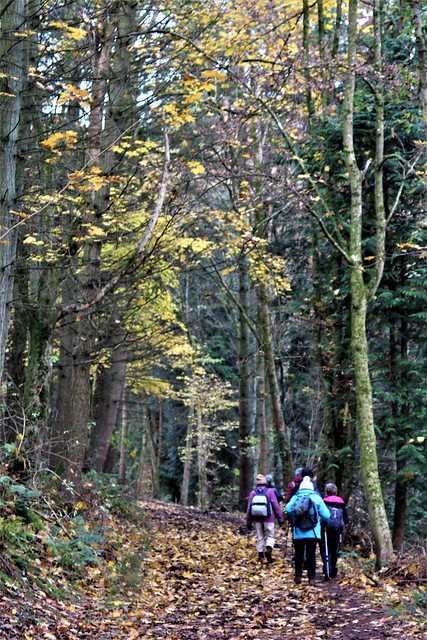 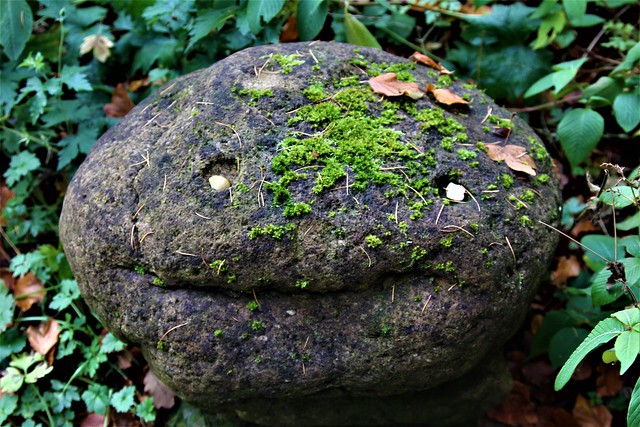 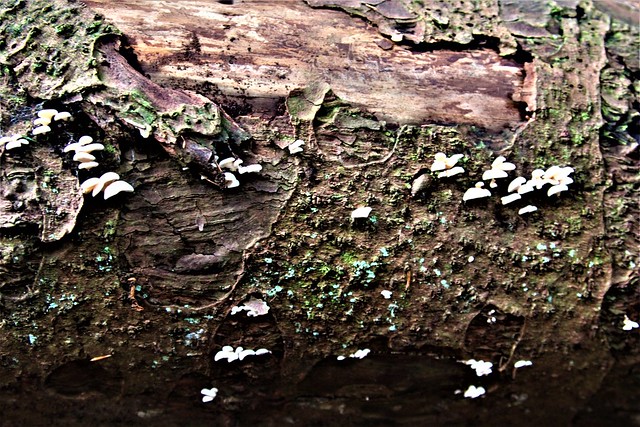 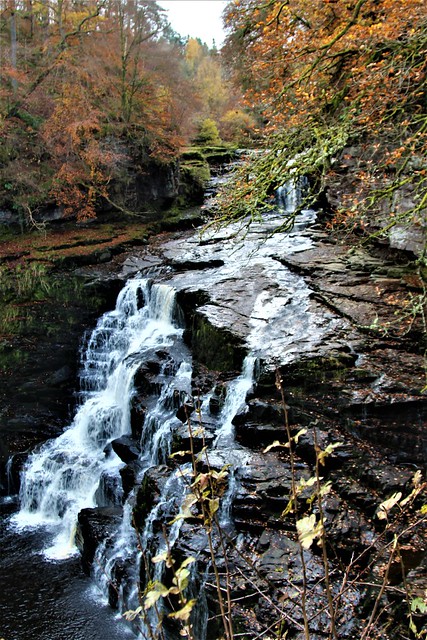 Ruins of 15th century, Corra Castle, home of the Bannatyne family for 300 years. 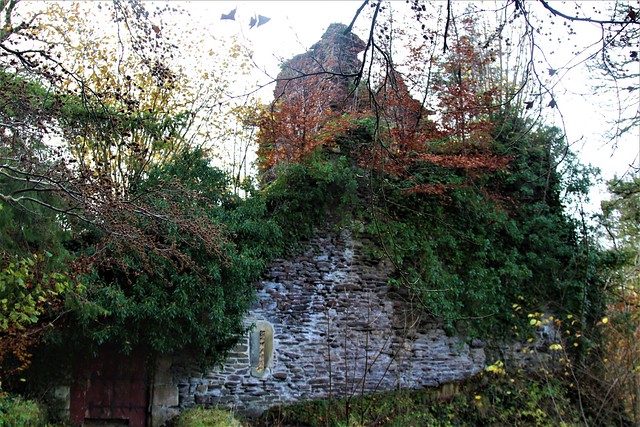 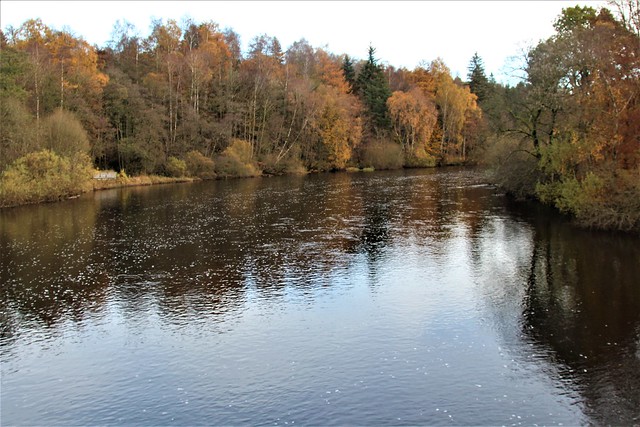 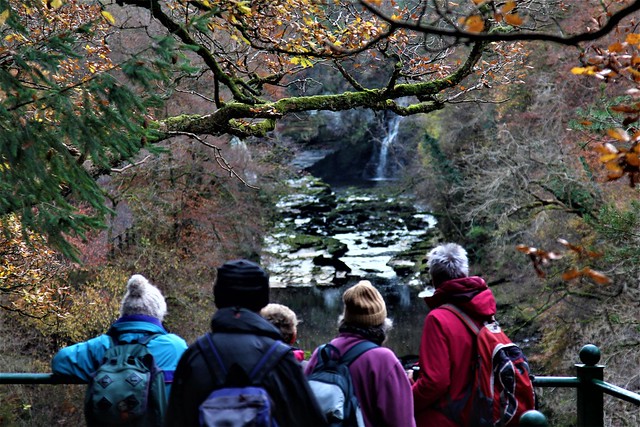 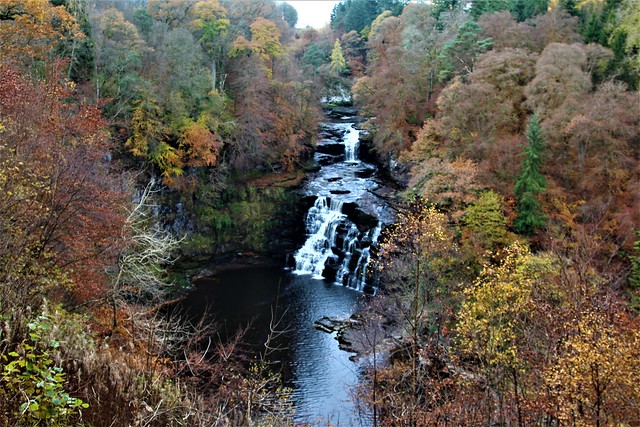 Illustration of depth of gorge. 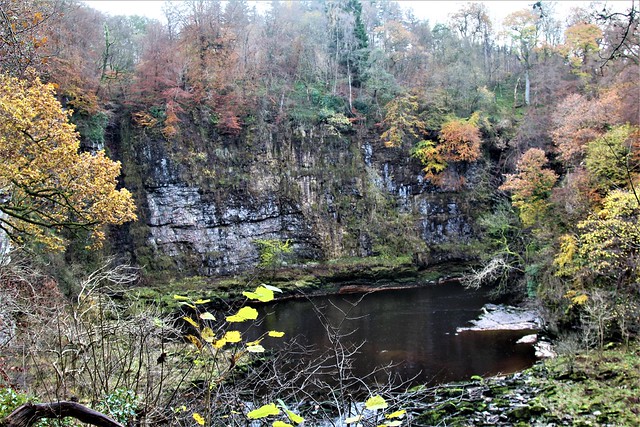 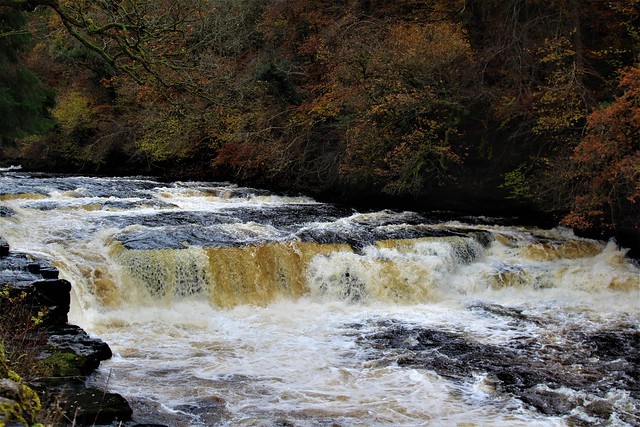 As will evident from the images herein, we encountered colourful late autumn vistas, a ruined castle, fungi, a humanoid rock, a hydro-electric scheme and multiple waterfalls.
Falls of Clyde