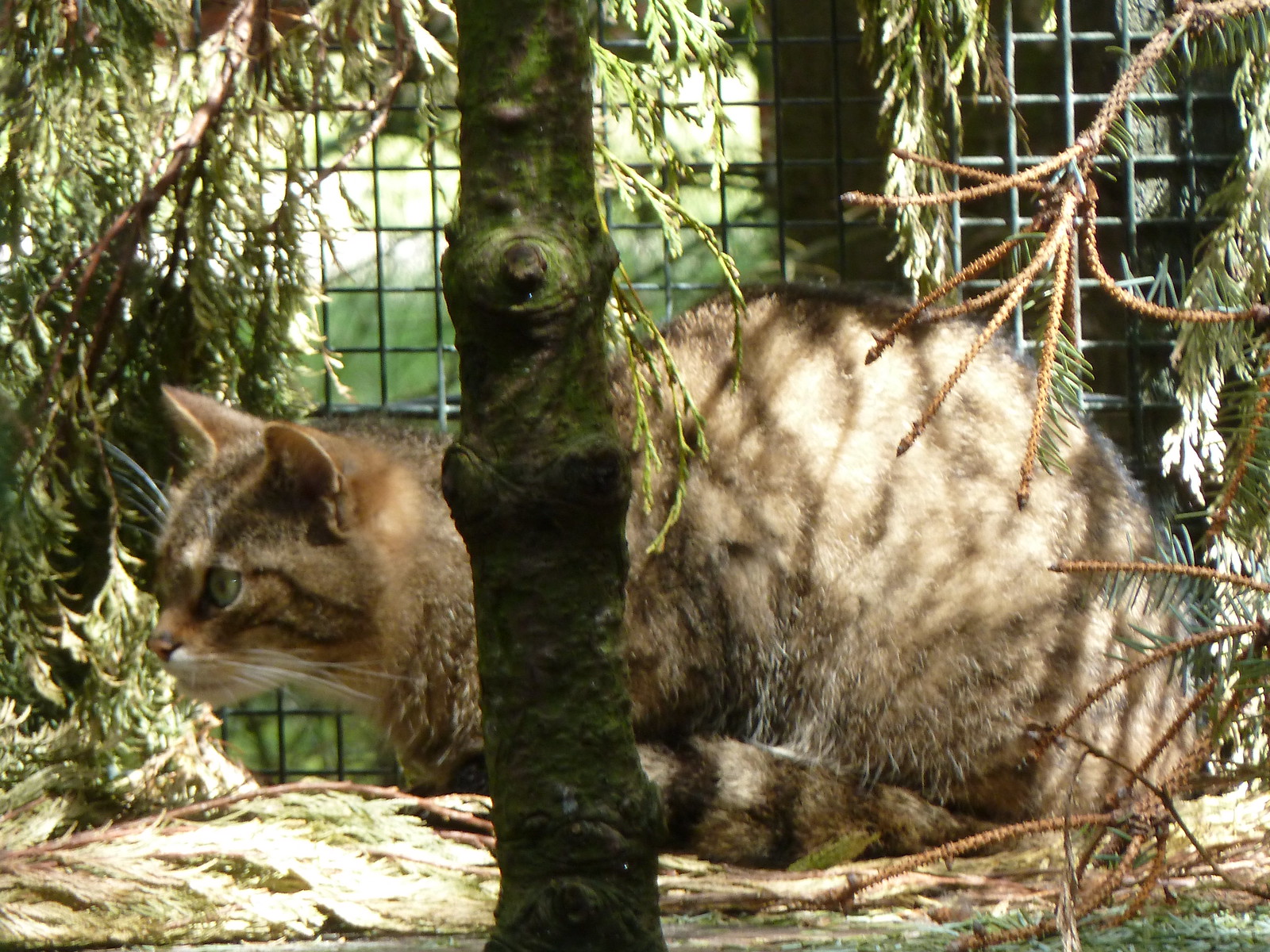 (Above image is a capture of  a wildcat at the Highland Wildlife Park.)


Today's press carries reports to effect that a project has been established to breed and release into the wild about sixty wildcats (over three years) to supplement the precariously low existing wild population which is nearing extinction. This project will be based at the Highland Wildlife Park near Aviemore in the Scottish Highlands.

The Scottish wildcat is the only wild feline to survive in Britain.

Visitors to Scotland will be unlikely to encounter a wildcat because of (a) their nocturnal habits and (b) extremely low numbers.

Like the rest of Britain, Scotland does not have the range and diversity of wild species as compared with North America and Africa. Unless specifically focused on wildlife, the best a tourist can expect to encounter on a tour of Scotland are deer, squirrels and seals. Bears and wolves were exterminated in the distant past. Beavers suffered a similar fate but have been reintroduced.

The  writer hopes the project will prove a success.
Wildcats