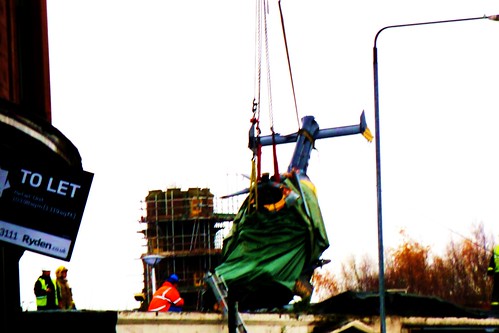 (Above image is a capture of removal of the damaged helicopter on Dec 3rd 2013.)

Before setting off for an evening at the Clutha Bar (pub) in Glasgow  on Nov 29th 2013 it is extremely unlikely that any of the customers would have contemplated the statistical probability of being killed or injured by a helicopter crashing through the roof, but that is exactly what happened. A Police Scotland helicopter, Airbus EC135 operated by Bond Air Services, crashed through the flat roof at 10.22 pm which resulted in the deaths of all three persons on board the aircraft and seven people in the bar. Additionally, fourteen people were seriously injured.

The wheels of justice turn very slowly here because it was not until October 30th 2019-six years after the event- that an official ruling has been made that the pilot "consciously took a risk" and ignored low fuel warnings, The ruling also states that the crash could have been prevented if the pilot had followed emergency procedures.

Delay in reaching the verdict is attributed to resourcing issues within Police Scotland which necessitated additional funding to complete the investigation.

The helicopter was not fitted with a 'black box' flight recorder but was recovered more-or-less intact.

Today, the Clutha Bar is back in operation. The people images around the outside of the bar in the photograph below represent famous Glaswegians.

Readers may be interested in origin of the word 'Clutha' which is the name of the River Clyde,(close to which the bar is situated) in Latin, from Cumbric (as in Ystrad Clut); Cumbric is a Brittonic (Welsh) language formerly spoken in S.W. Scotland. 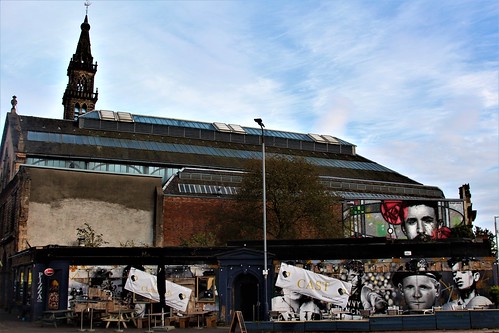