Commando Memorial viewpoint near Fort Willliam in the Scottish Highlands 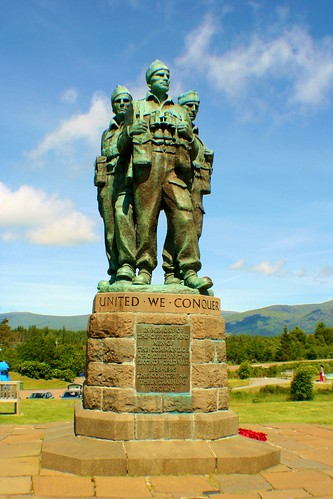 This evening, I am posting information on a popular visitor site in the Scottish Highlands.

The Commando Memorial at Spean Bridge was unveiled  in 1952. It was erected to commemorate a unit of British special forces who were raised during WW2 and trained in the area from 1942 onwards.

The Commandos served in all theatres of war with operations ranging from small groups to a brigade of assault troops. The modern Royal Marine Commandos, Parachute Regiment, Special Air Service and Special Boat Service can all trace back to wartime unit.

Spean Bridge is some 8 miles N.W.of Fort William which is also a popular destination being sometimes described as 'the outdoor capital of Scotland.'

The monument is set on a prominent location which offers good views of the Nevis Range of mountains, including Ben Nevis and Aonach Mor. Ben Nevis reaches a height of 4,411 feet and as such ranks as Britain's tallest mountain.

The memorial is conveniently located on the A82 highway which tracks the line of the Great Glen passing Loch Ness.

Video clip of mountains view from the memorial.

Still image of the Nevis Range from the memorial 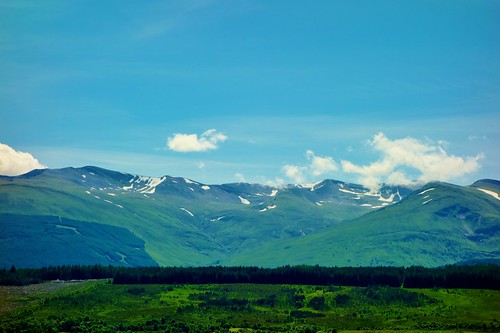