Encounter with Scottish Pipe Band during tour of Scotland 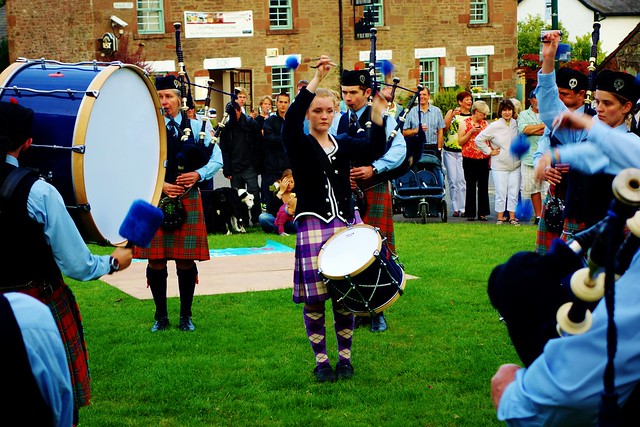 This evening, I am posting information on Strathendrick Pipe Band Association which I encountered by chance performing in the Square at Drymen on the eastern side of Loch Lomond in central Scotland. The band is based in Strathblane, about twelve miles north of Glasgow.

In the course of a Scotland tour it is not unusual to connect with a local pipe band performing in public.

Strathendrick Pipe Band is primarily a teaching band for pipes and drums with intention of progressing through the Royal Scottish Pipe Band Association grades.


Tartan is the Ancient Maclean of Duart (Isle of Mull) and the band is under Pipemajorship of Colin Johnston.

Video clip of the band performing at Drymen. 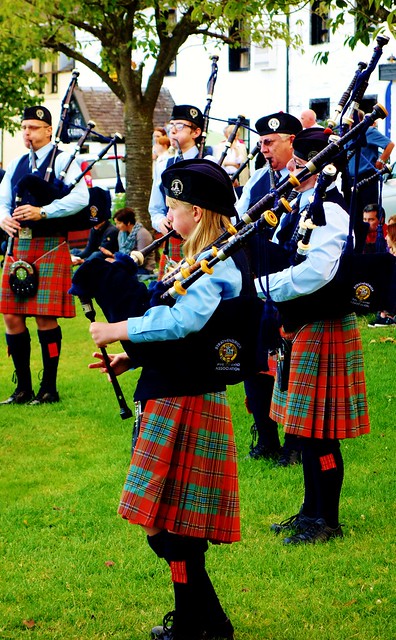 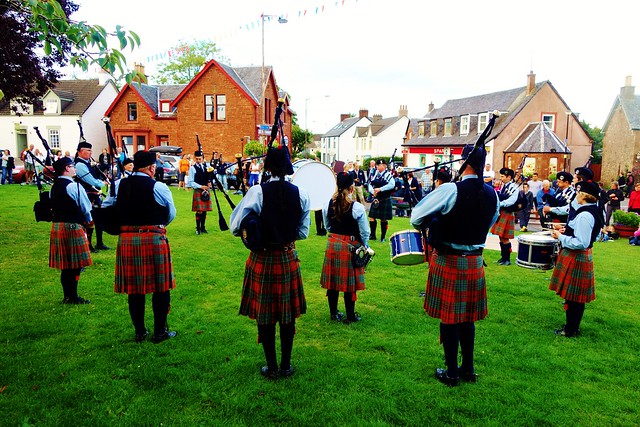 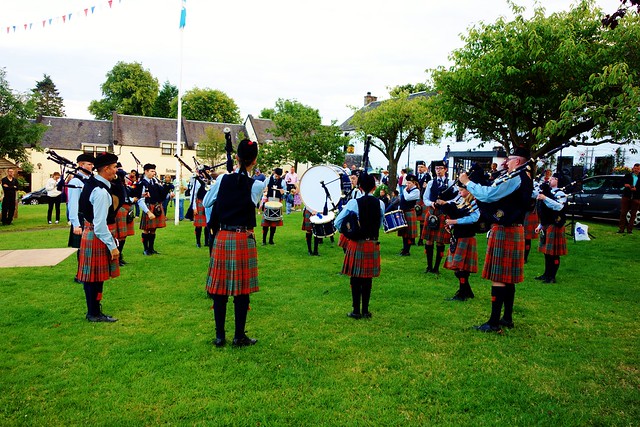