Plockton, a popular village in the western Highlands of Scotland which is close to Isle of Skye 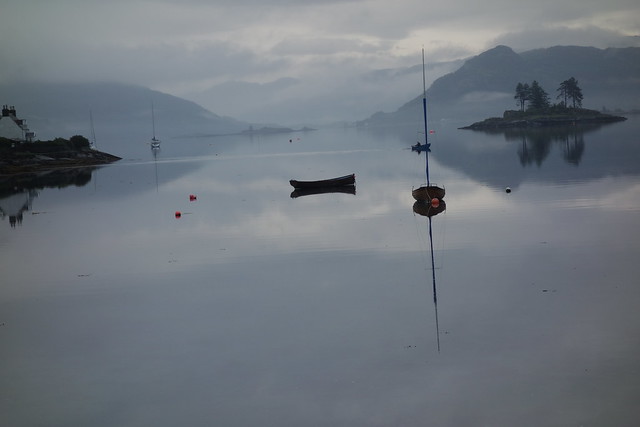 This evening, I am focusing on the pleasant village of Plockton which sits on the banks of Loch Carron in the West of Scotland near Kyle of Lochalsh and the Skye Bridge. This area falls within the Highlands of Scotland.

The name is derived from the Gaelic Am Ploc (the lump) with ton added later. 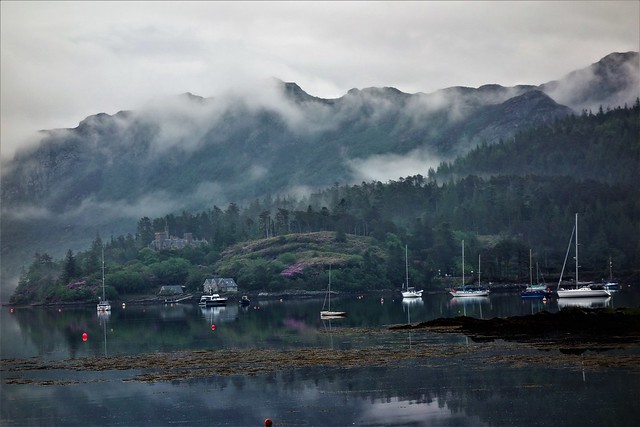 Mountains, cloud and boats at Plockton

Here is a video clip:


One access route is a slow but scenic, single track road which is accessed after passing through Kyle of Lochalsh travelling east. This follows the coast around the edge of Loch Carron and affords views of the Isle of Skye and the Cuillin Mountains. Most of the landscape here is owned by Scotland’s National Trust and is thus preserved as a heritage site. 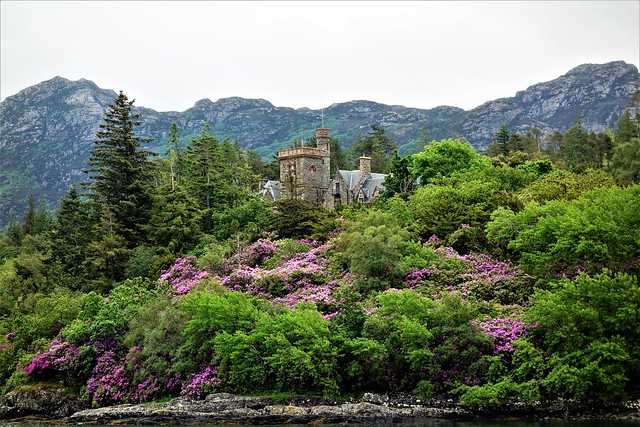 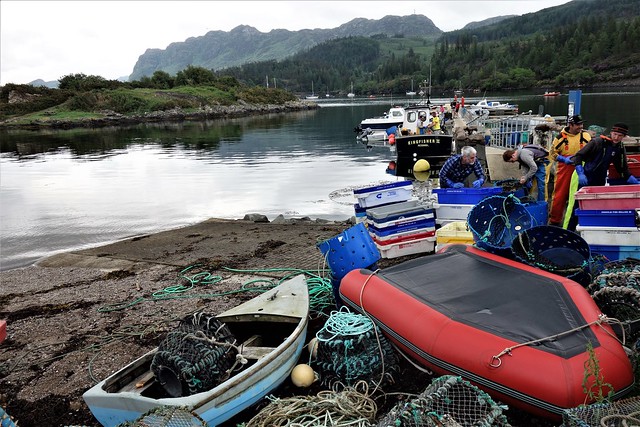 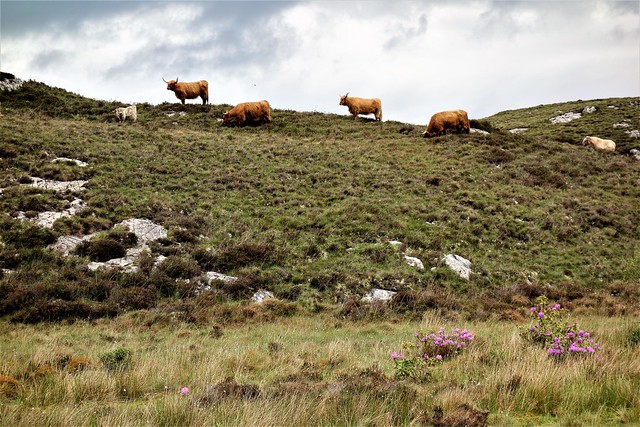 Plockton gives the appearance of prosperity, with shops, schools and many hospitality establishments which cater for the tourist industry. In a commanding position above the harbour sits imposing Duncraig Castle which dates from the 1860s The mild climate is influenced by the warm current known as the Gulf Stream. Palm trees grow here, on roughly the same latitude as Moscow.

The local scenery attracts artists and photographers. Additional activities and interests for visitors include: 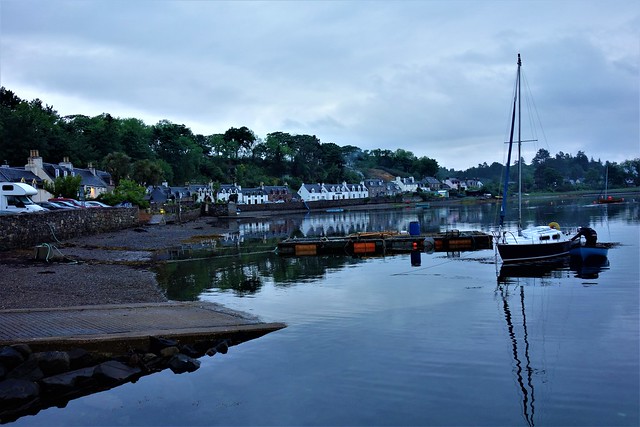 Plockton can also be accessed by rail. The village can be used as a base for touring Isle of Skye.
Plockton