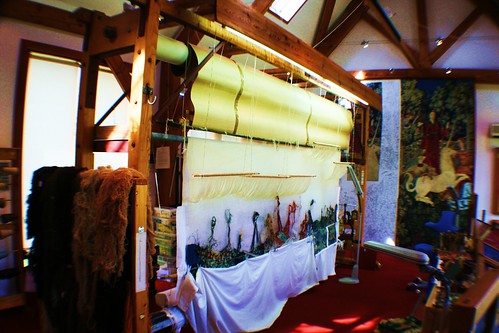 (Above image is capture of the weaving frame at Stirling Castle)

This evening, I am posting information on the professional tapestry weaving which was undertaken at the Nether Bailey of Stirling Castle, one of Scotland’s top visitor attractions. Location is central Scotland.

This project was commissioned by heritage organisation, Historic Environment Scotland for the purpose of decorating, in traditional renaissance style, the recently restored Royal Apartments in the Castle.

The weavers are replicating the seven Hunt of the Unicorn tapestries in The Cloisters, the medieval branch of New York’s  Metropolitan Museum of Art.

The tapestries form a set depicting the hunt of the fabled unicorn which were created in the Netherlands between 1495 and 1505. During the late medieval period the unicorn had acquired status as a symbols of Christianity and the Scottish Crown. King James V of Scotland ( 1512-1542 ) owned two tapestries featuring unicorns.

The tapestries were woven using, as far as possible, traditional techniques and materials under management of West Deans College in West Sussex, England.

Image below shows the new tapestries on display in the Royal Apartments of Stirling Castle. 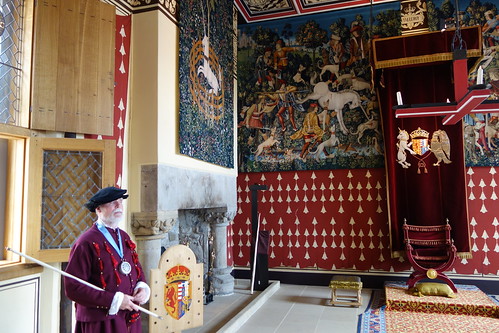