Bamburgh Castle on the coast of N.E. England - an impressive structure with link back to 8th century AD 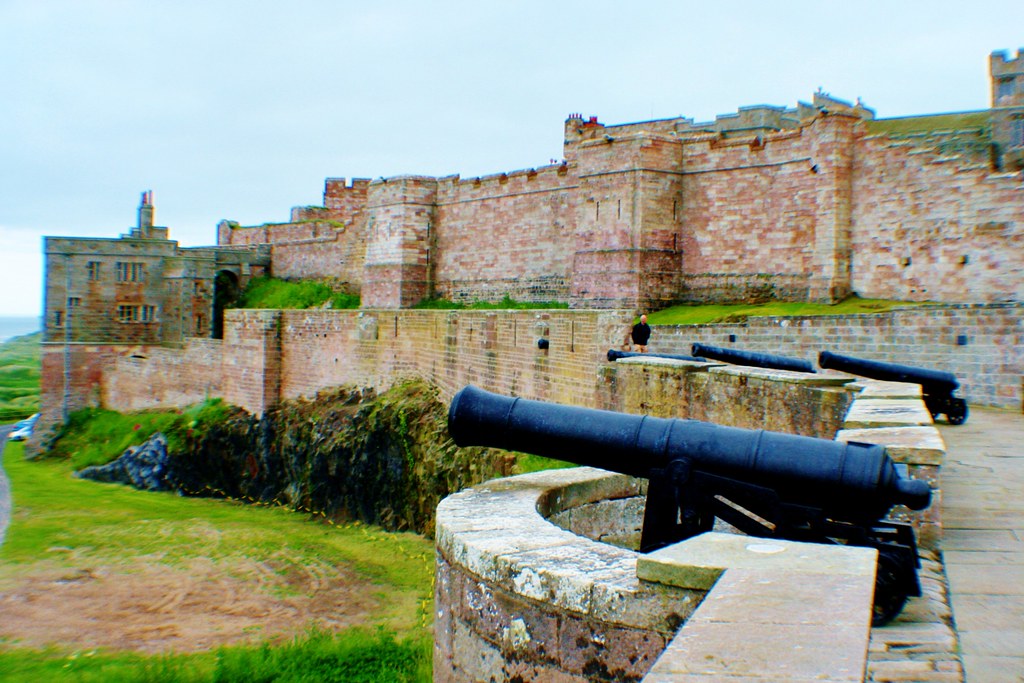 This evening, I am posting information on Bamburgh Castle, a structure which was lavishly restored by shipping magnate, Lord Armstrong in the late 19th century on a site with a long history of occupation stretching back into pre-history.

Location is about fifty miles north of Newcastle upon Tyne, England on the North Sea coast. 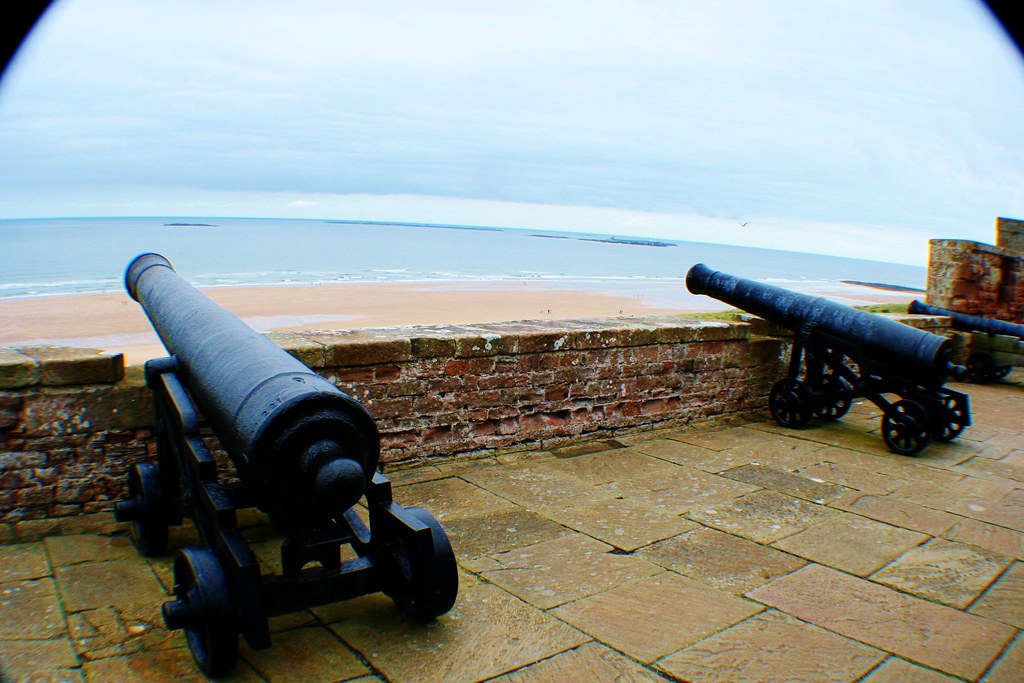 The name Bamburgh confirms the sites antiquity as it is derived from Bebbanburge, c AD 710-720, which mean ‘Stronghold of a queen called Bebbe’.

As a fortification elements, principally St. Oswald’s Gate, date back to the 8th century but the current castle has evolved from a Norman template with the Keep dating from the 12th century.
Inside the castle, the King’s Hall is a 19th century masterpiece built on a medieval floor plan. This is shown in the video clip at foot of this post. Note the impressive false hammer-beam ceiling held together with over 1300 oak pins. Other rooms include:
Bamburgh is the first castle in England to have fallen to cannon fire, in 1464, when under siege during the Wars of the Roses. Henry VI ruled from here for a short period in 1461.
Cliff edge location adds to romantic appeal. 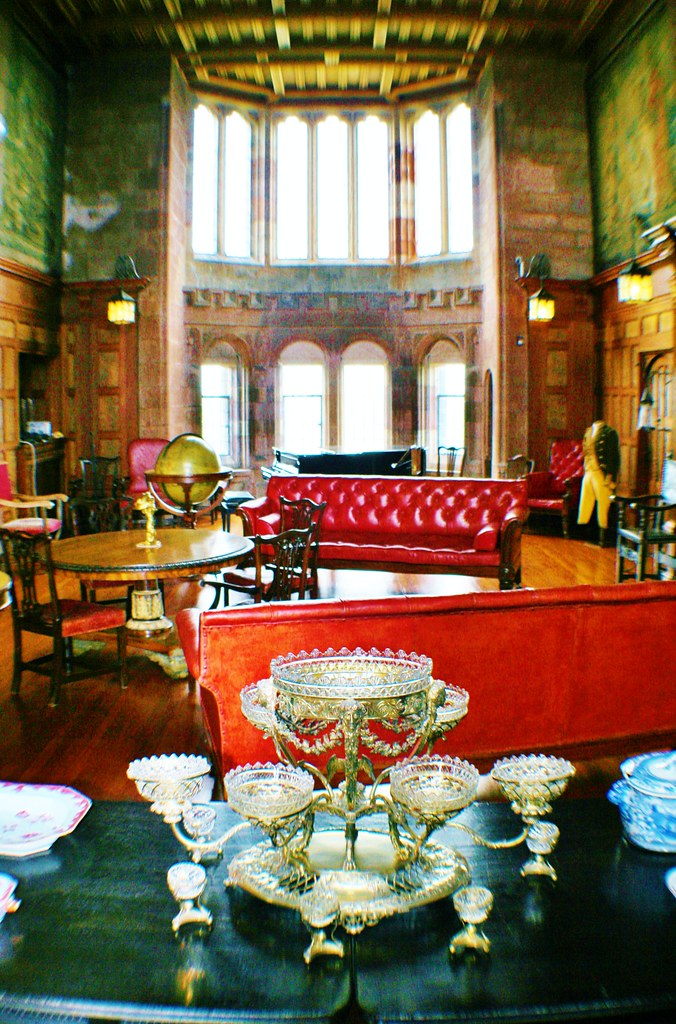 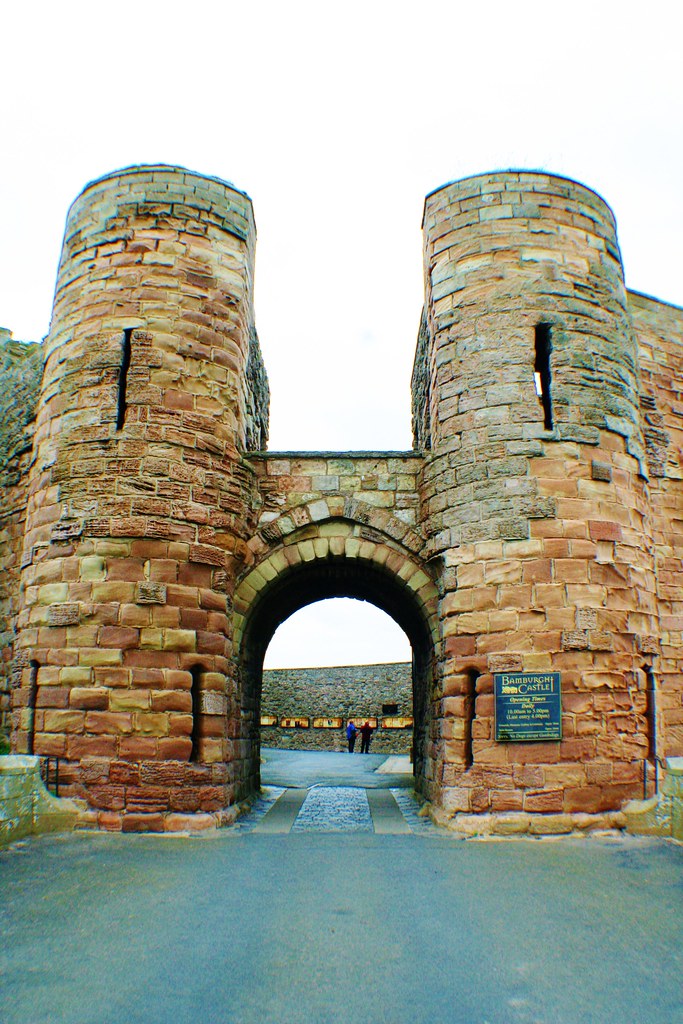 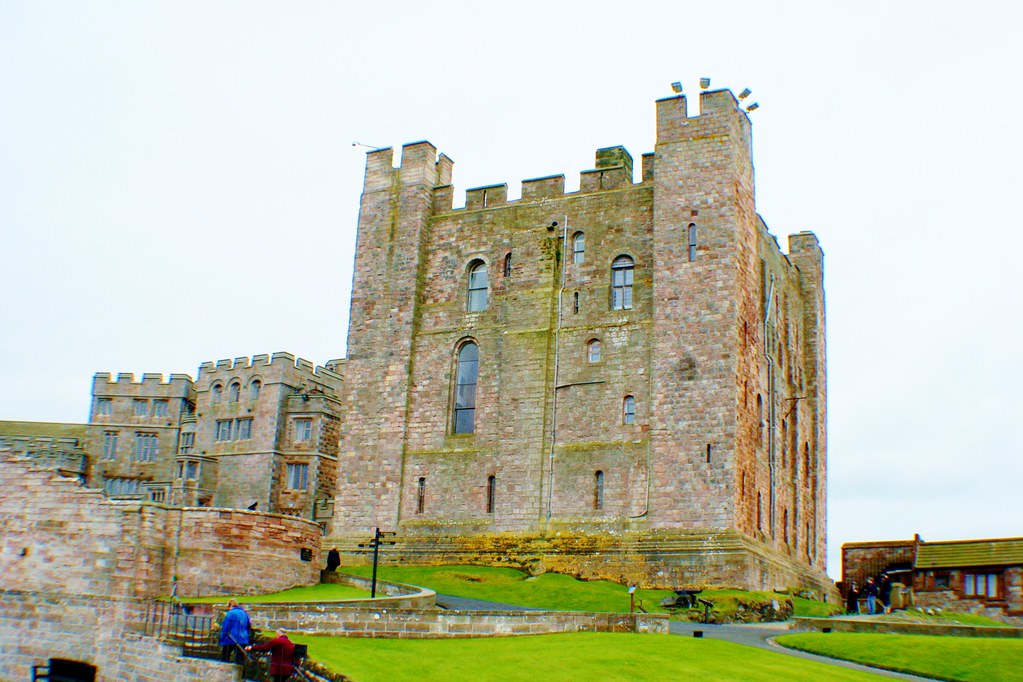