Castlehead Church, Paisley, a connection between Scotland and Ronald Reagan 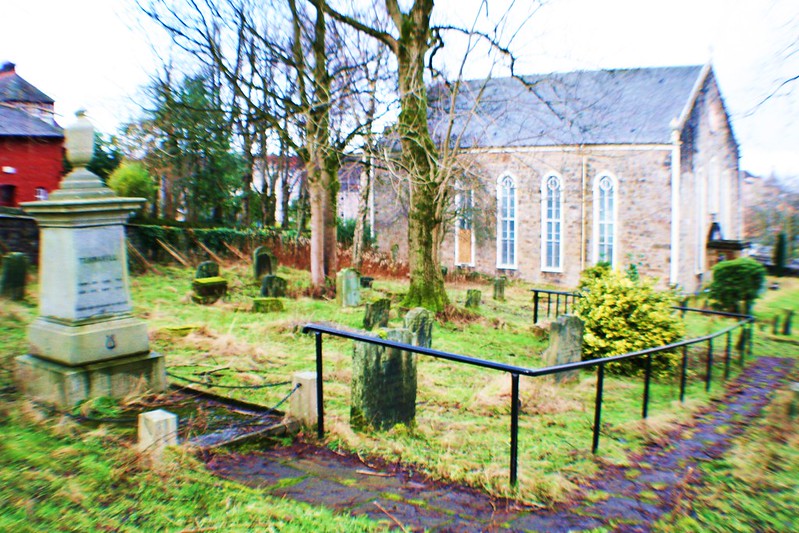 Castlehead Church, Paisley, Scotland
This evening, I am providing information on a closed Presbyterian Church in Paisley S.W. Scotland
which, in addition to social and industrial history from the late 18th century onwards, provides direct
links to a somewhat incongruous duo comprising Robert Tannahill, a renowned Paisley poet
( 1774 -1810), and former U.S President, Ronald Reagan ( 1911-2004).
The church had close connections with the local weaving industry and was active between 1782 and 2010. A summary chronology is as follows:-
Industrial History
As adverted to above, the church had its origins with the then dominant weaving industry. Image at foot of the post was taken from a paved cycle way constructed on route of a closed railway in turn built on the line of a drained canal. The official address of the church is Canal Street.

Social History
The burial ground is full of burials from the late 18th century onwards which include past church ministers, trades and business people and the mass graves of a large group who died from a cholera epidemic in 1823.

Robert Tannahill
The two images immediately below show a memorial to Robert Tannahill a popular poet from Paisley who was a contemporary of Scotland’s National Poet, Robert Burns. Tannahill is believed to have committed suicide consequent upon refusal of his publisher to publish a second book of his works. For more information on Robert Tannahill refer this blog post.

Ronald Reagan
The former U.S. President and his wife Nancy visited the church in 1991. His great-great-grandparents, Claud Wilson and Peggy Downie were married at the church in 1807 and are buried there. 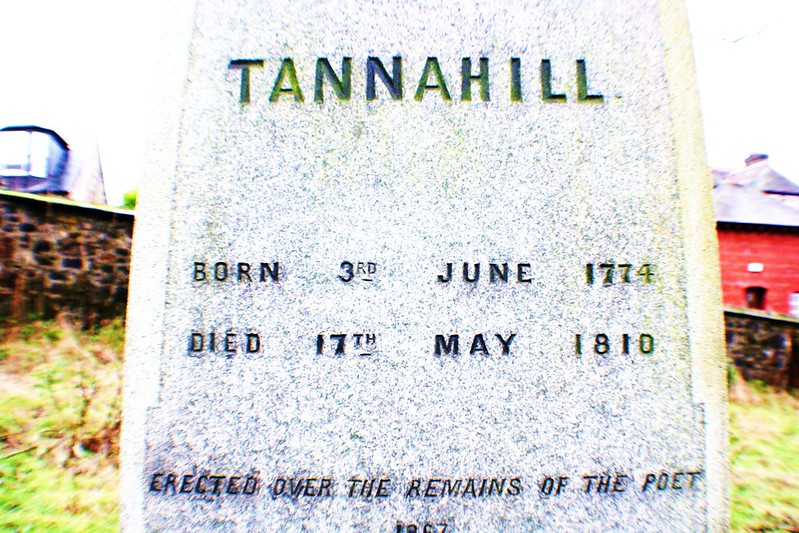 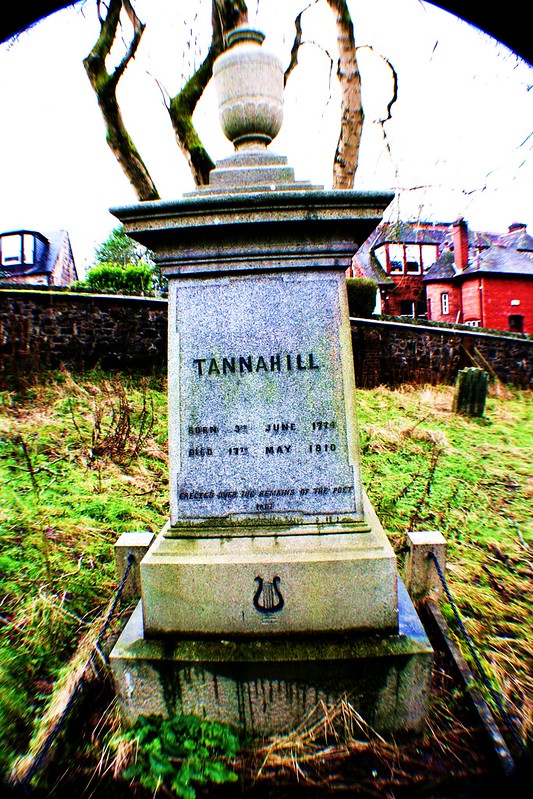 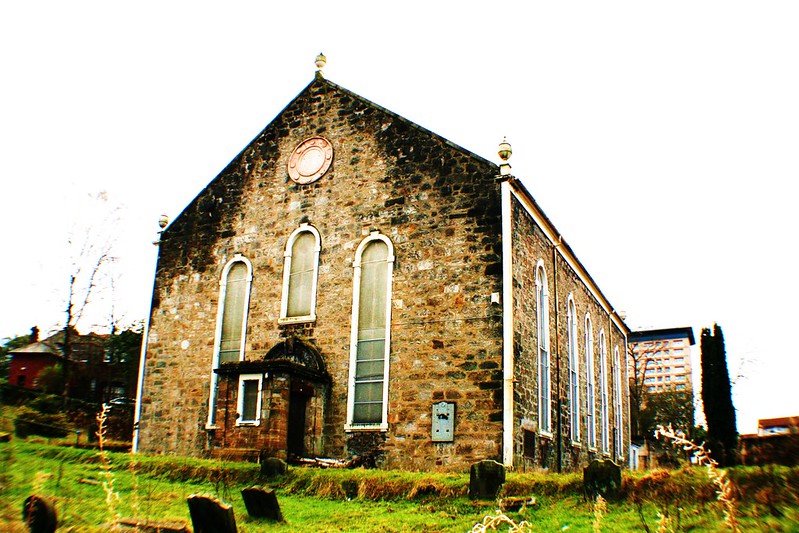 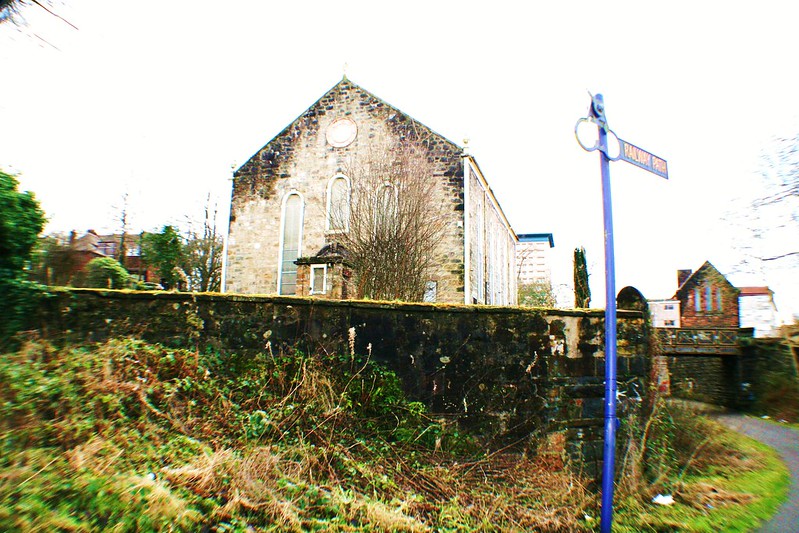