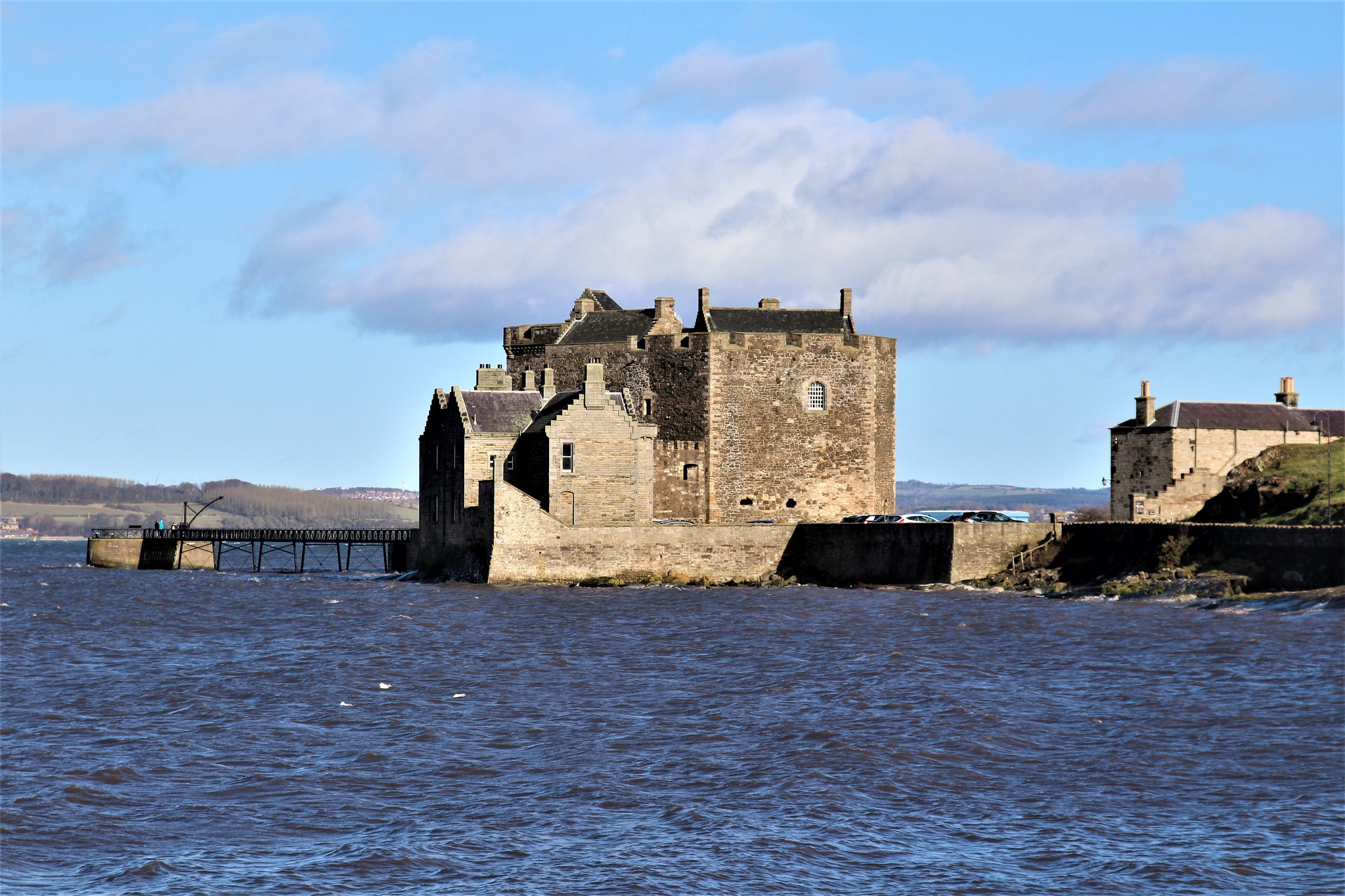 (Above image is a capture of Blackness Castle at high tide.)

Today, my wife and I visited Blackness Castle at the village of Blackness on the south shore of the Firth of Forth, about twenty miles N.W. of Edinburgh in the east of Scotland. 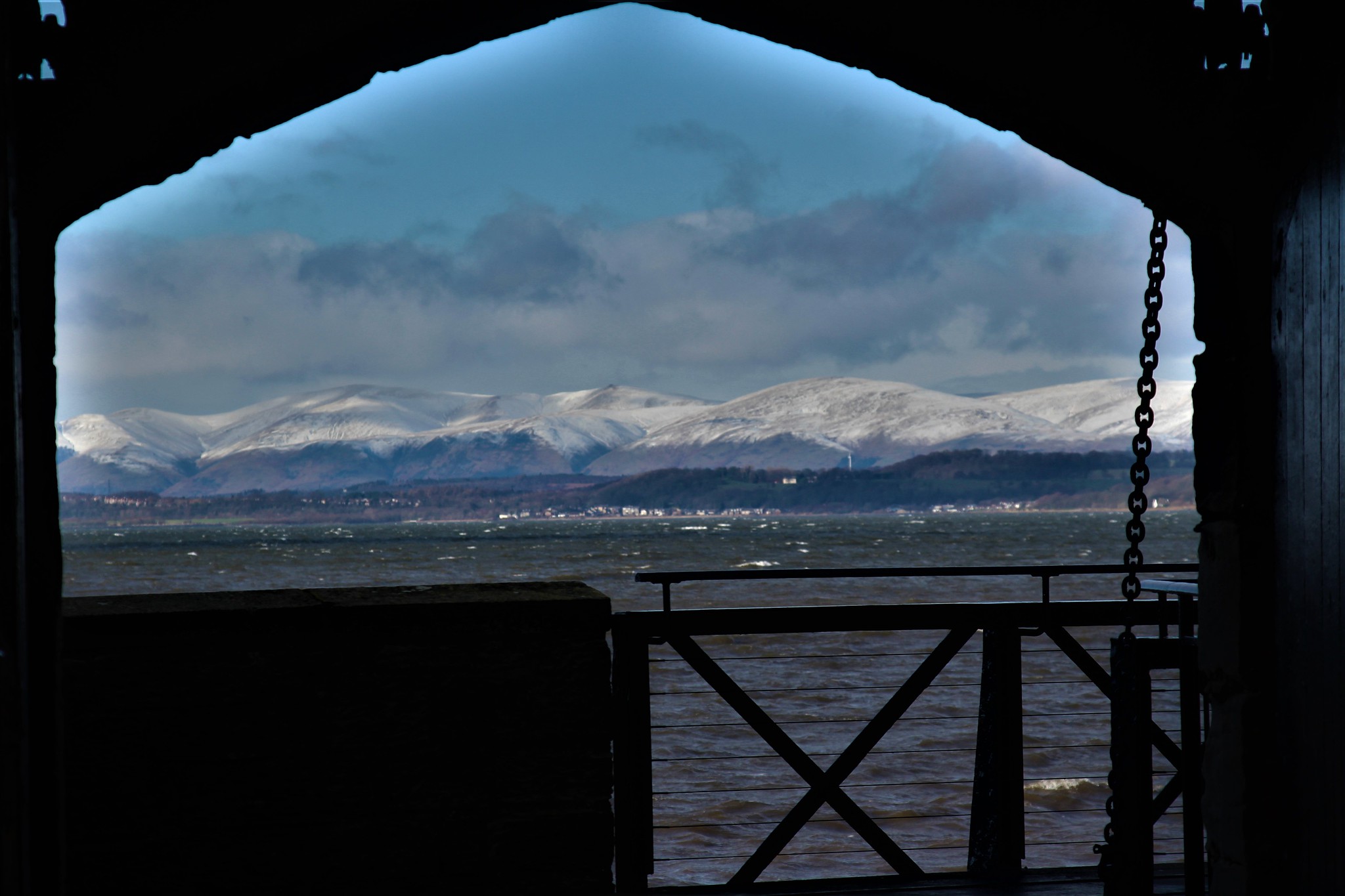 Blackness is a blend of English and Gaelic and means 'black point'.


Artist's impression of castle life around the 1500s. 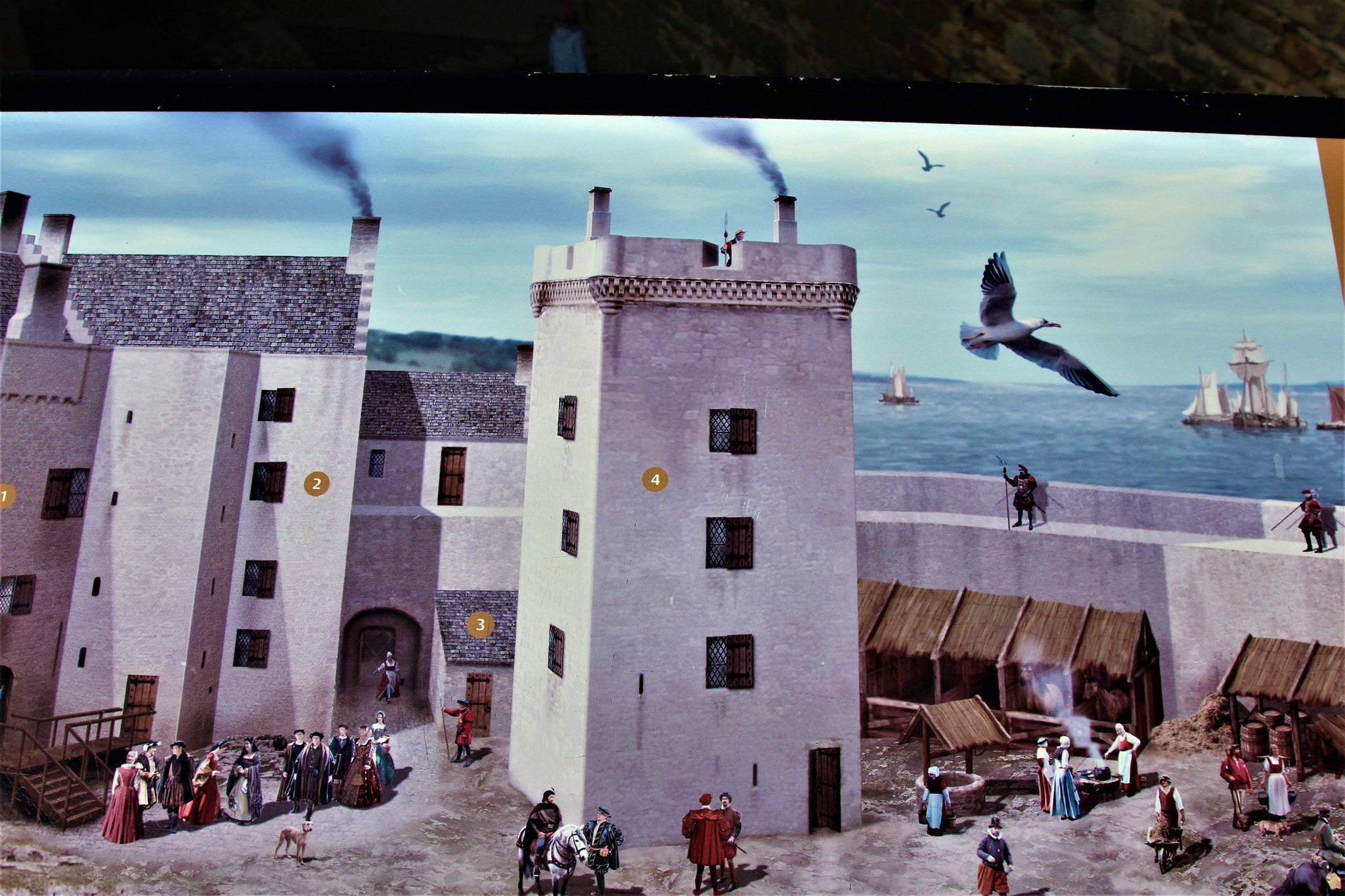 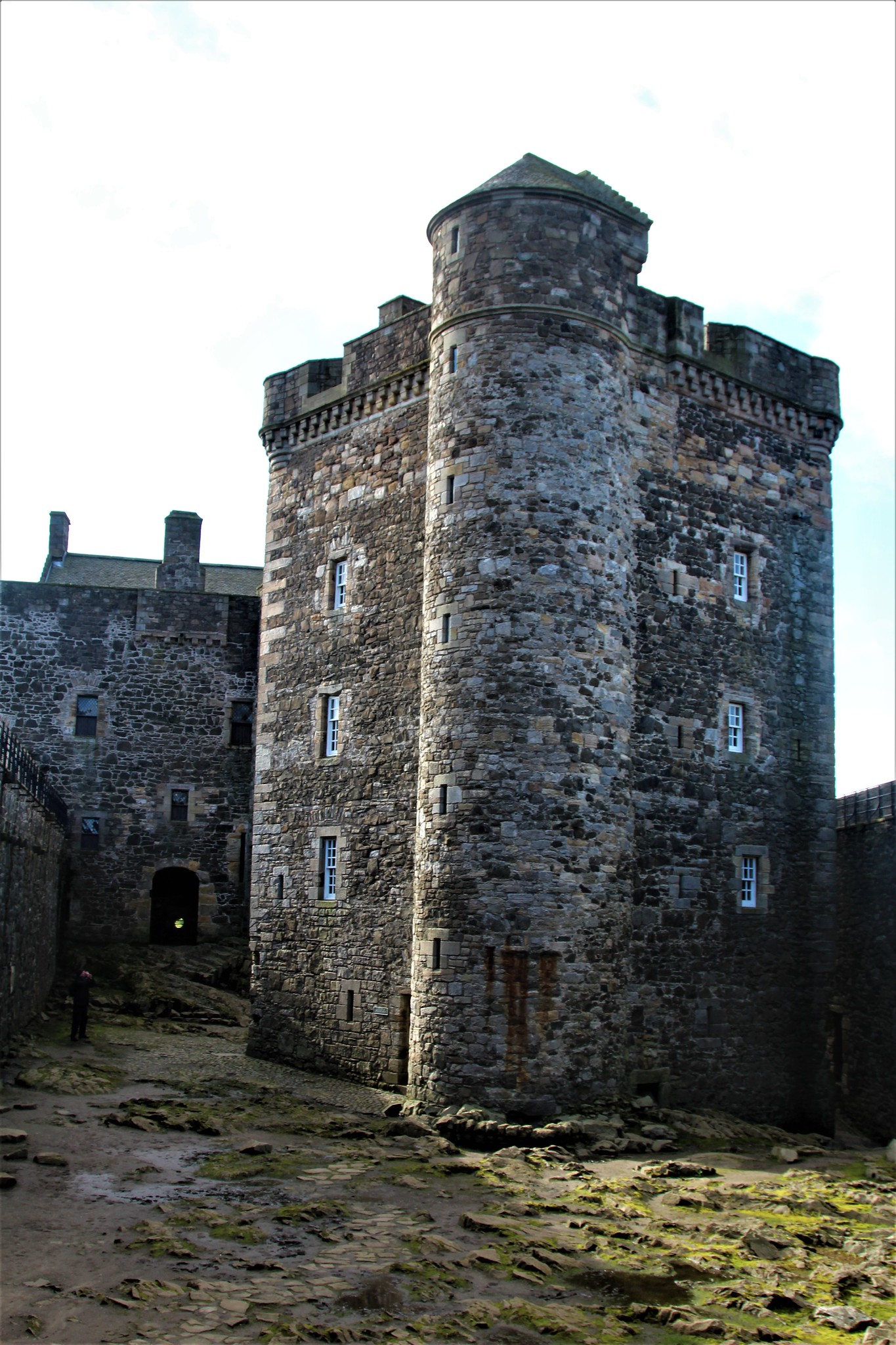 This castle dates back to the 15th century when built by Sir George Crichton, Admiral of Scotland, but all the buildings from that time were altered in subsequent years.

The castle has been assigned the nickname 'the ship that never sails' due to its shoreline location and nautical design. 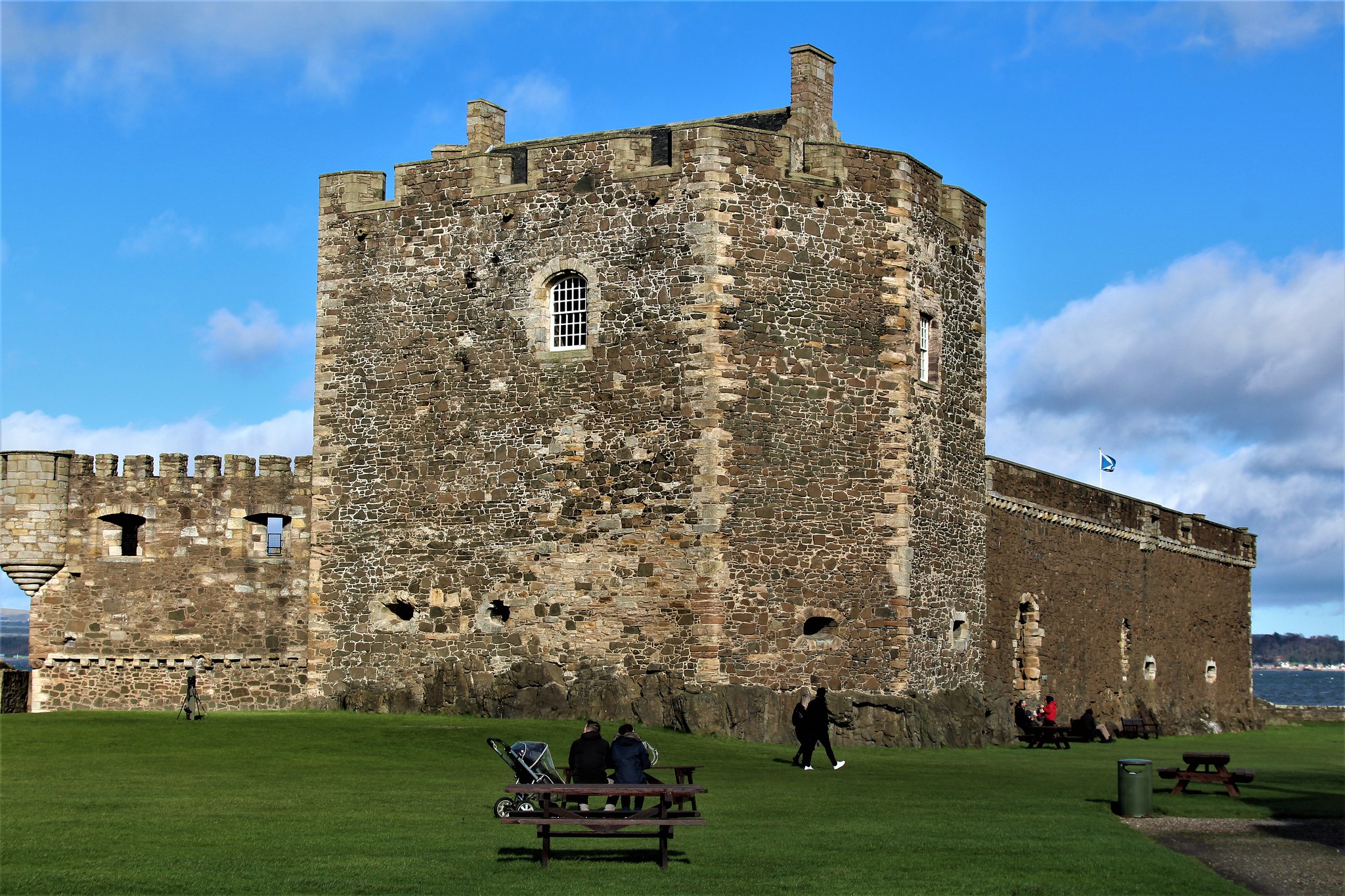 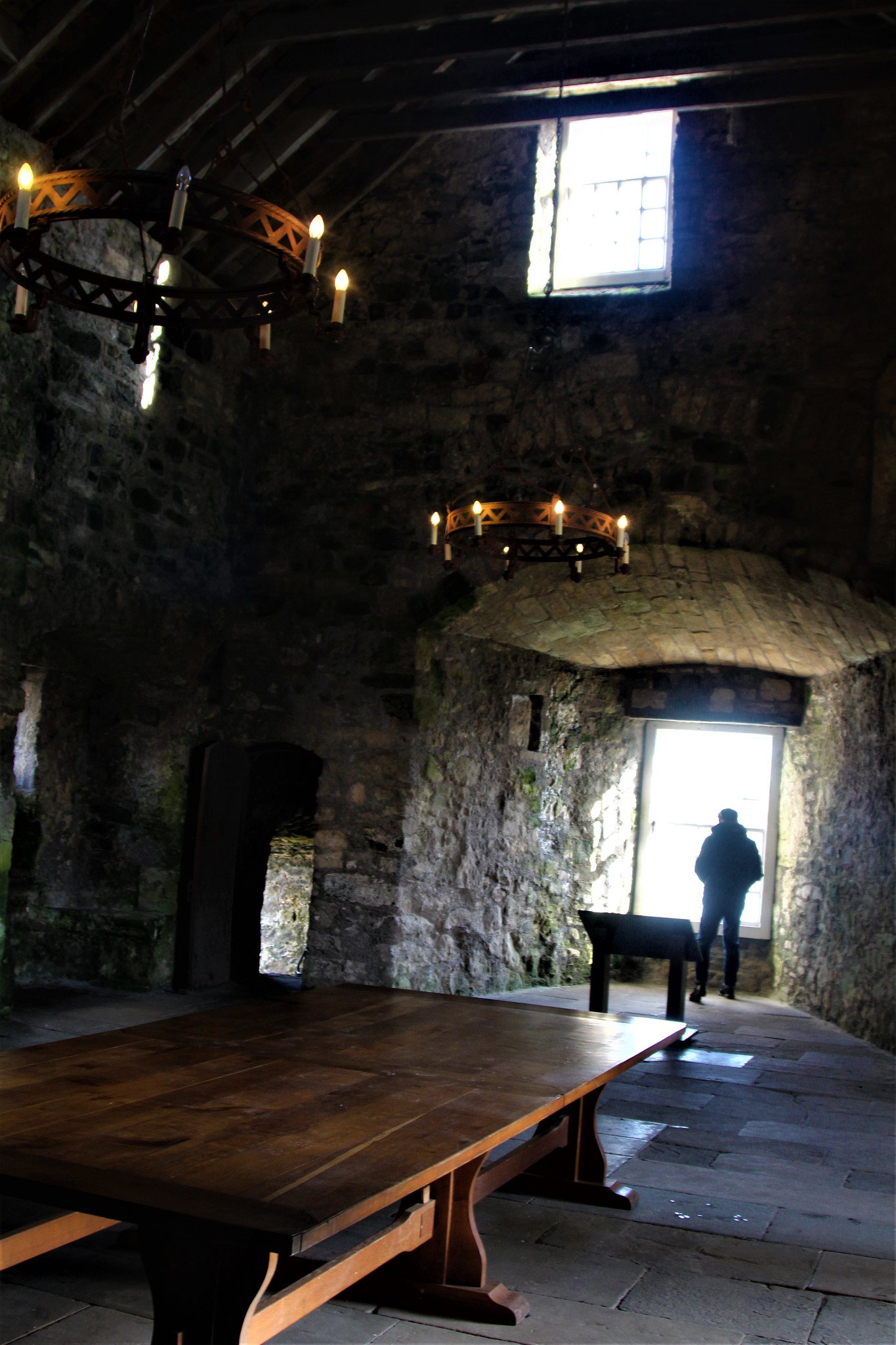 Artist's impression of the Great Hall during a banquet with musicians performing in the gallery. 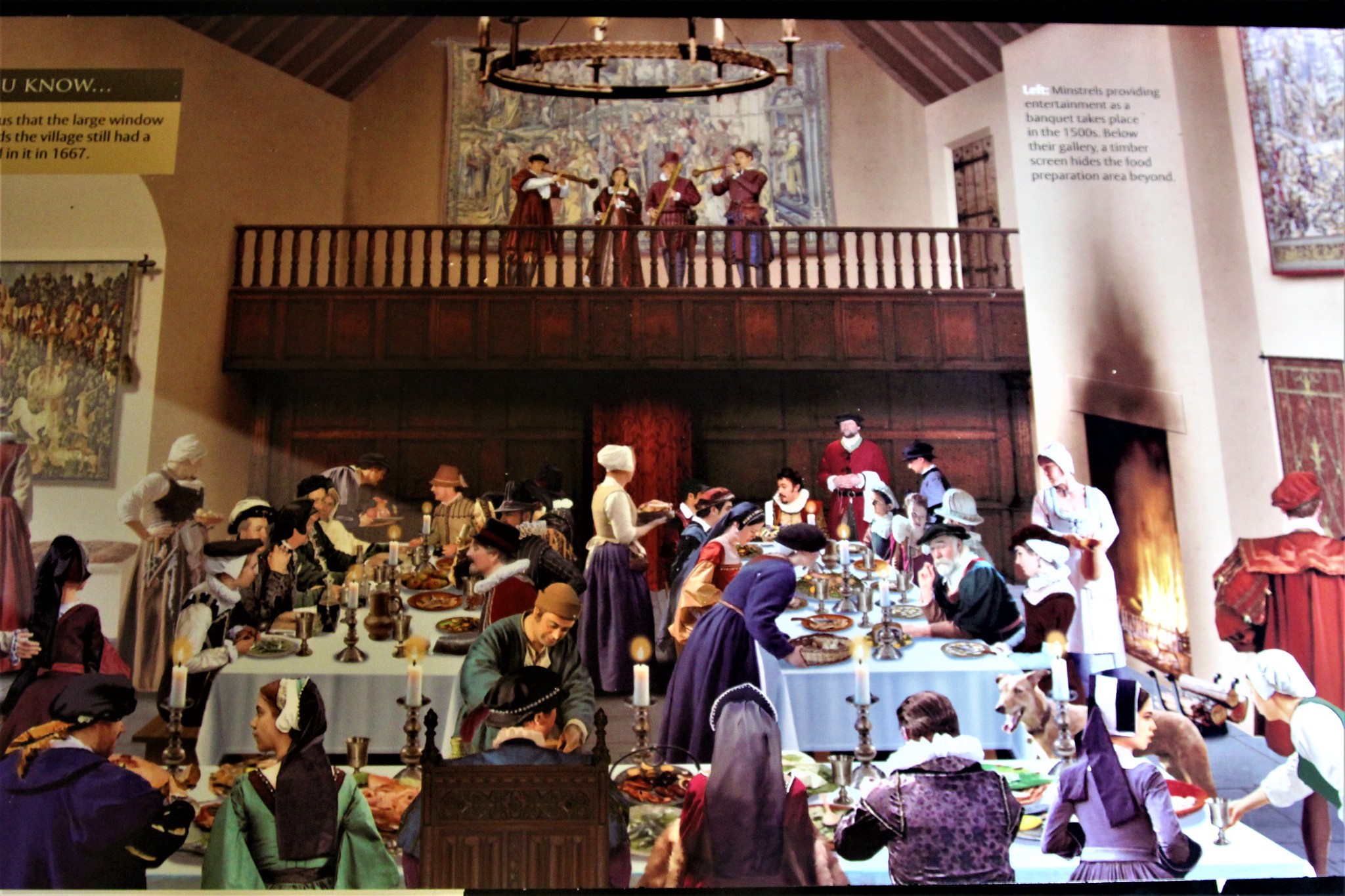 In 1454 the Scottish King James II acquired control of the castle by force and thereafter the castle remained under royal/government control through to abandonment in the early 20th century.In the interim the castle had been transformed into a near impregnable garrison fortress, a prison and undergone re-fortification during the Napoleonic era. It finally served, briefly, as a munitions depot during World War I. 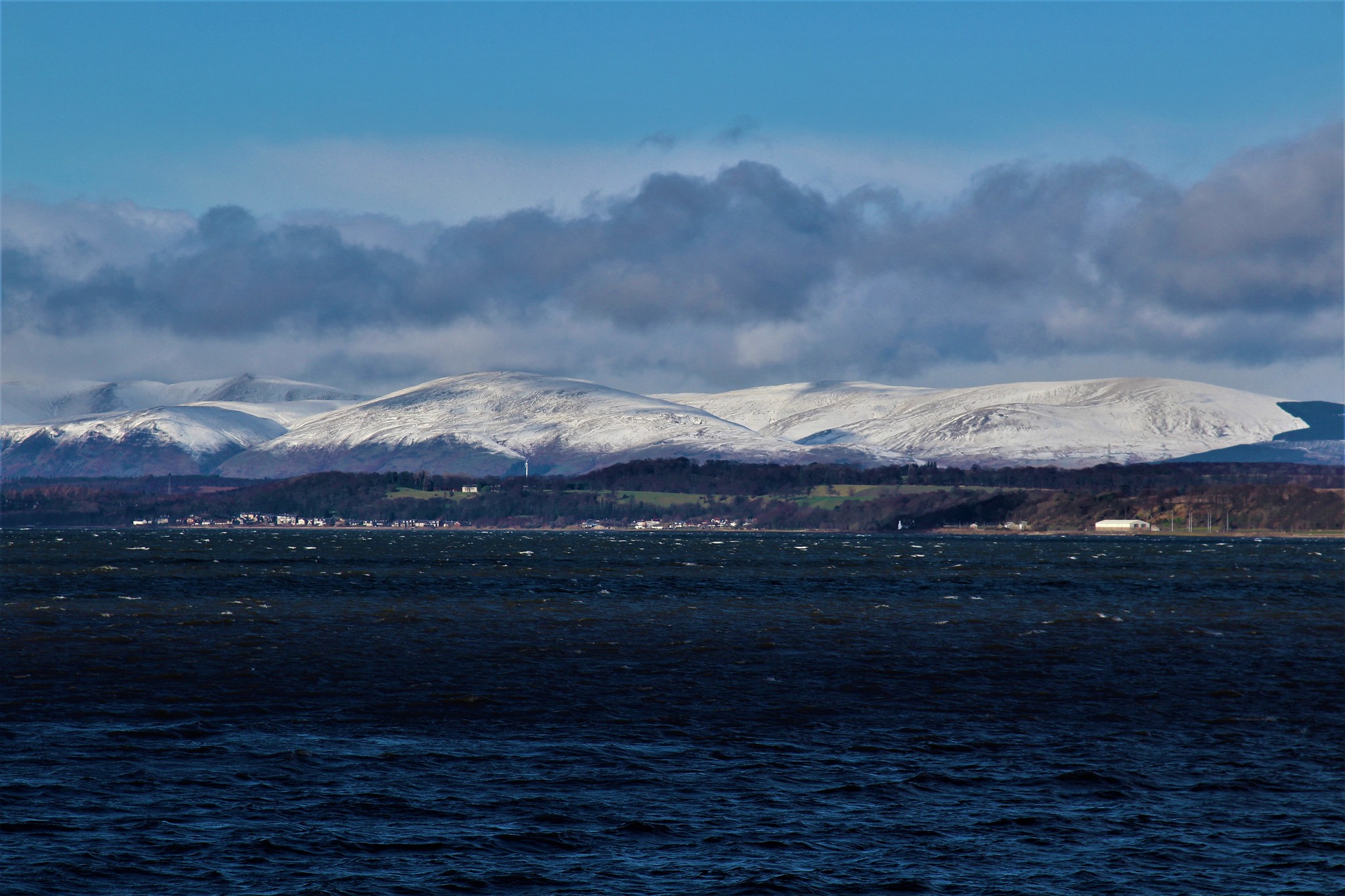 The castle is now managed by Historic Environment Scotland, a government agency. In recent times visitor numbers have grown dramatically as a consequence of the castle featuring in the Outlander series. 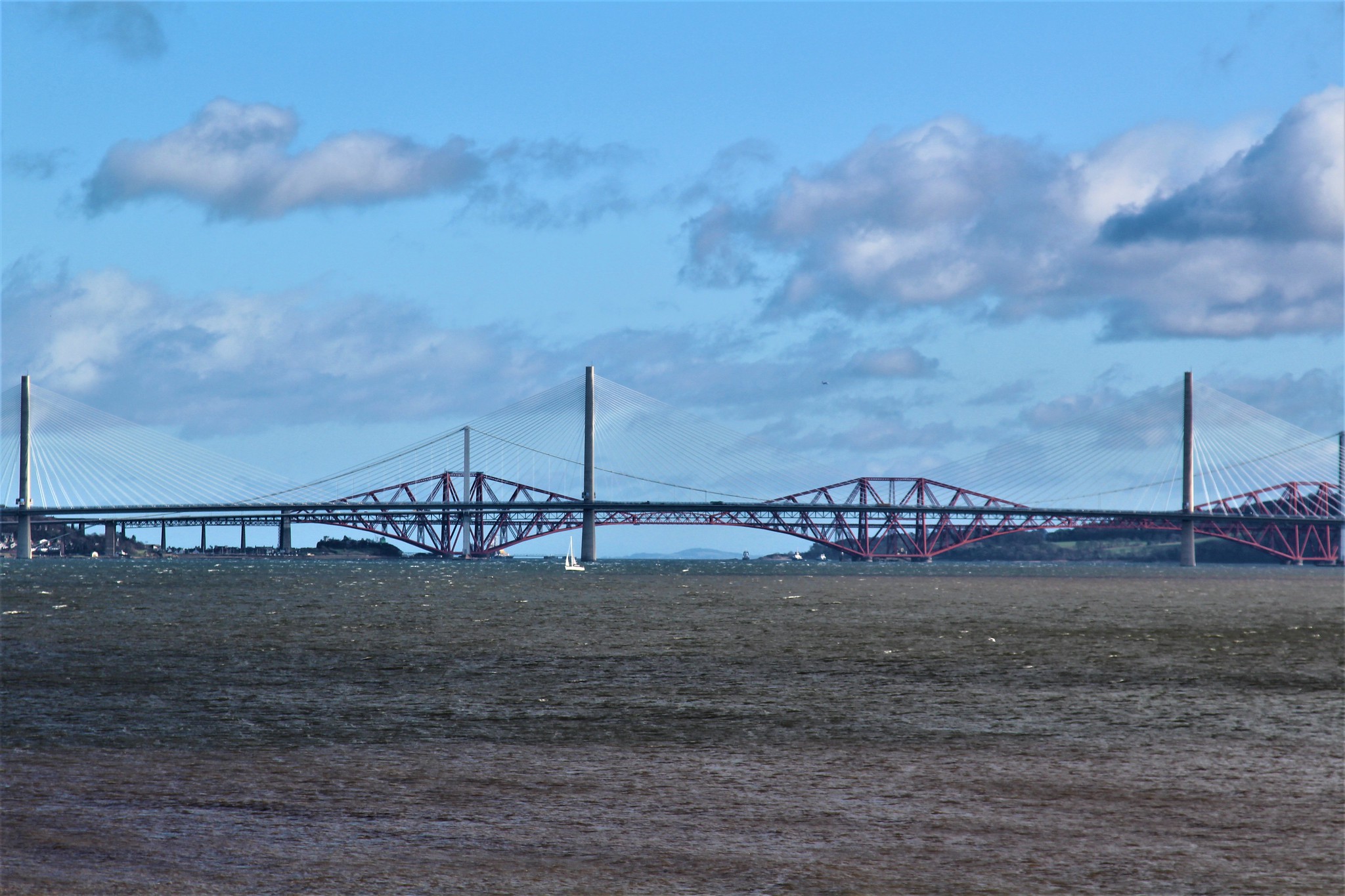 The castle is a good vantage point for bird watching. Here can be seen Oystercatchers, Dunlin, Godwit and Plover. 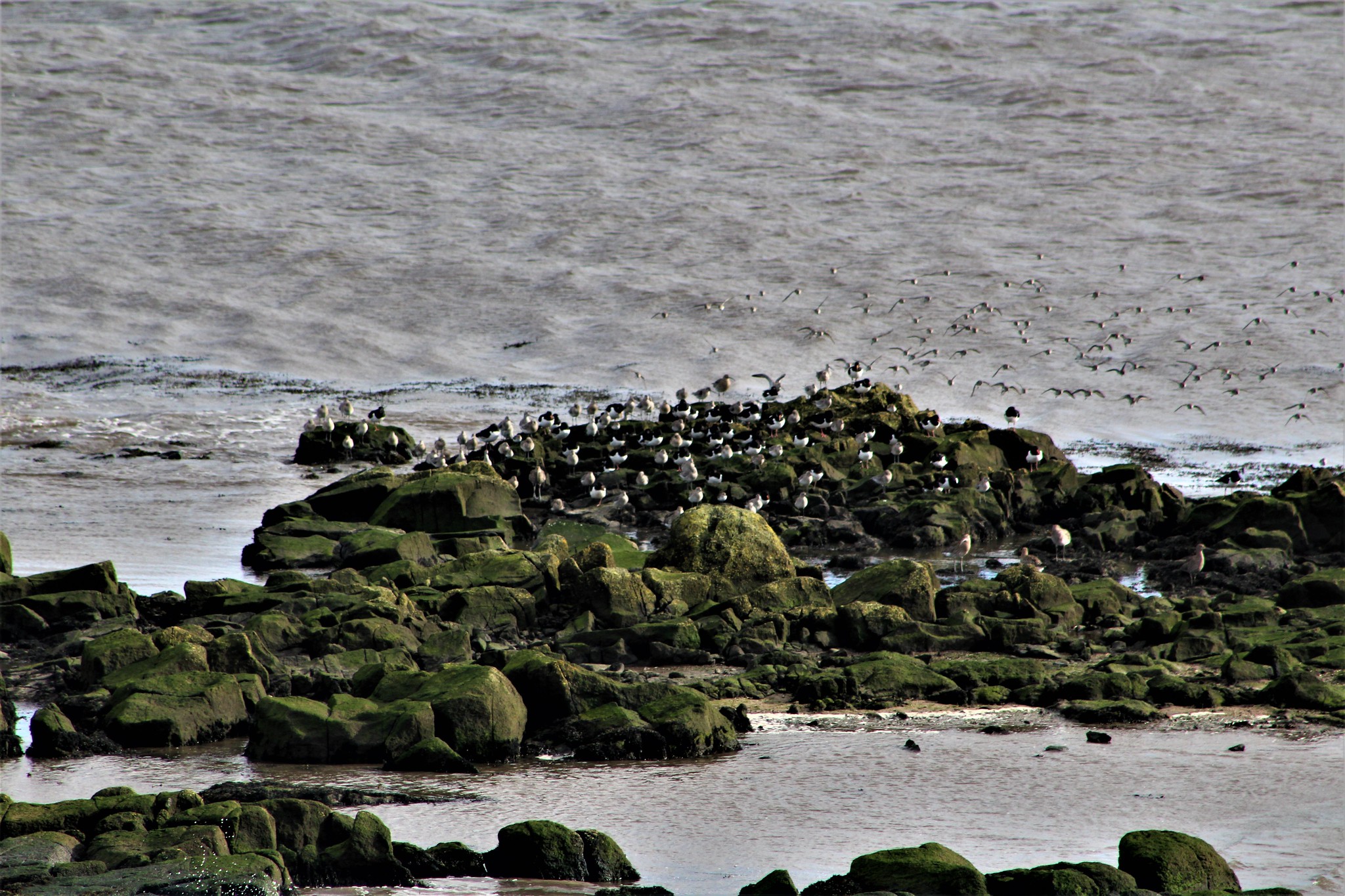