Intriguing, ancient site in Pollok Park, Glasgow which may date from the Iron Age. 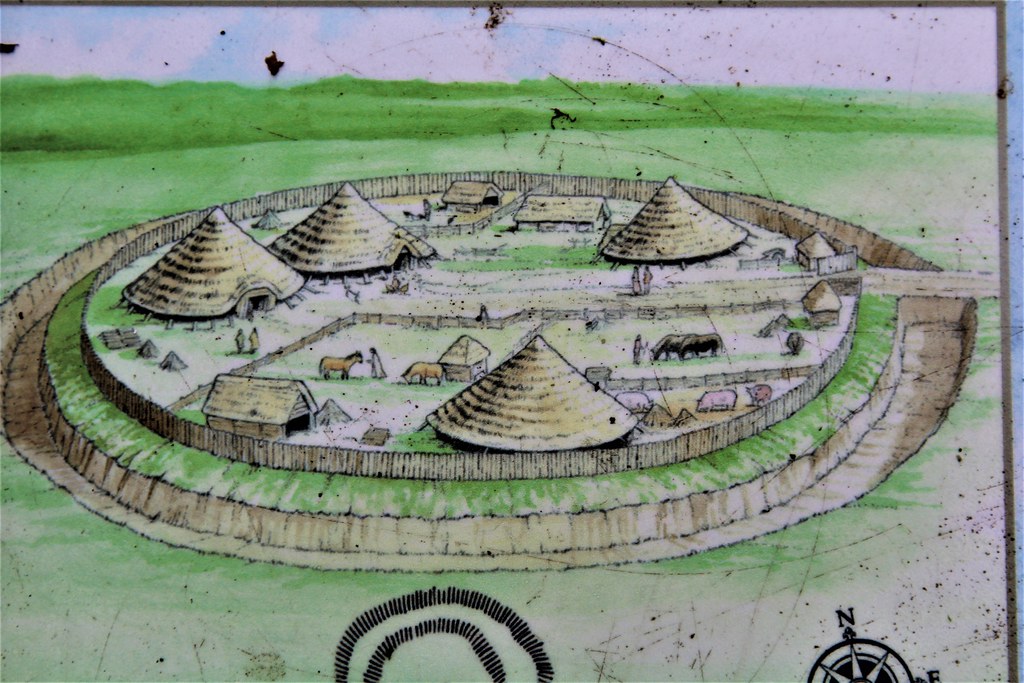 In the British Isles (England, Scotland, Ireland and Wales) we are well endowed with tangible evidence of our forebears dating back to the Neolithic period (about 5000 years ago) and beyond.

Today, I visited an intriguing site is a public park (Pollok Park) in south Glasgow which the archaeologists and historians seemingly cannot conclusively determine the dateline and purpose of although latest thinking points towards a defended community from the iron-age (about 600 BC- 100 AD), as illustrated above.

The visible rermains today consist of a semi-circular bank surrounded by a deep, ditch type structure which is currently about six feet deep but may have been double this depth when originally constructed. If the site does date to the iron-age then construction may have been undertaken by teams of men using deer antlers as digging tools, and hence a major project pointing to a place of importance.

The site is located on a glacial hill (drumlin) which would have provided a command over the local landscape which in its day may well have proved wet and boggy. Pollok means low-lying, wet ground, a term which accuarately describes the local environment today.

Other options for dating of the site include:
The fortified site interior extends to about 150 feet in diameter. In 2007 archaeologists reported finding a paved causeway, several buildings and a courtyard.

Below are a couple of artist's impressions of life at the site predicated on it dating from the iron-age.However, I would counsel caution in interpreting the images as the animals illustrated may well have been smaller and more 'scrawny' than illustrated whilst, with a life expectancy of about thirty years, the people of the time would unlikely to be immaculately groomed and straight out of a Hollywood movie.In fact, the Romans encountered native peoples in Britain and commented on how smelly they were. 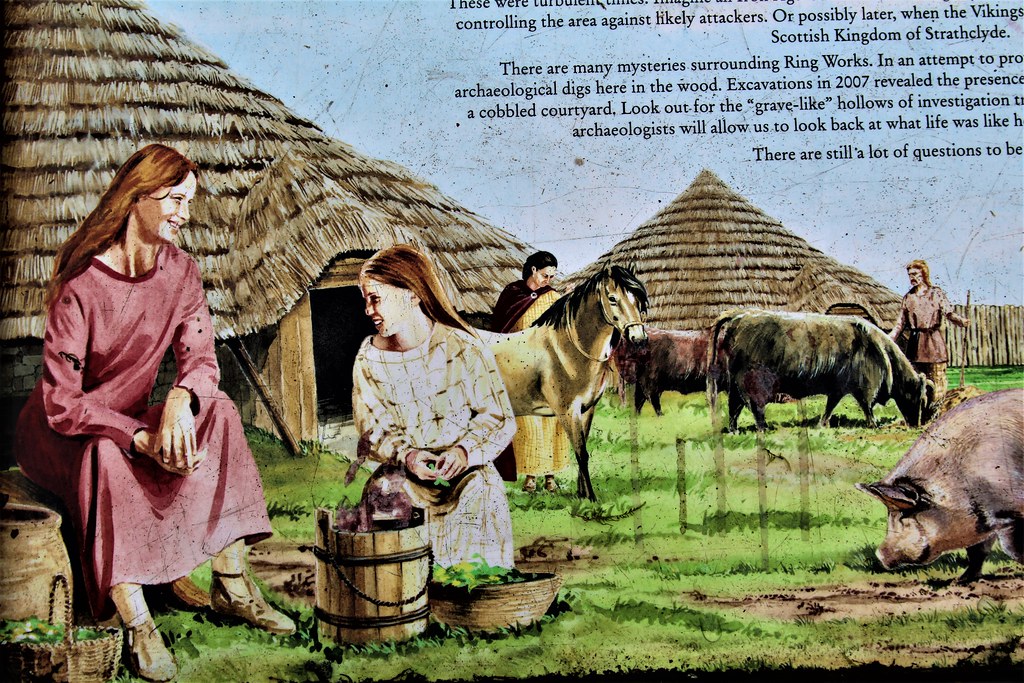 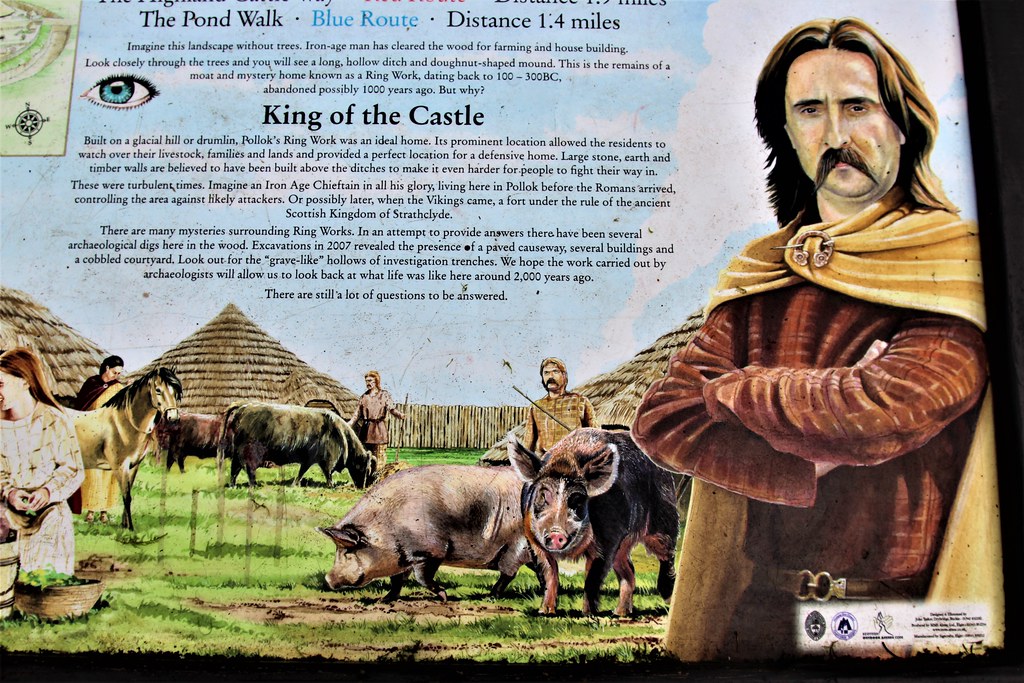 Below are images and a video clip of the site. 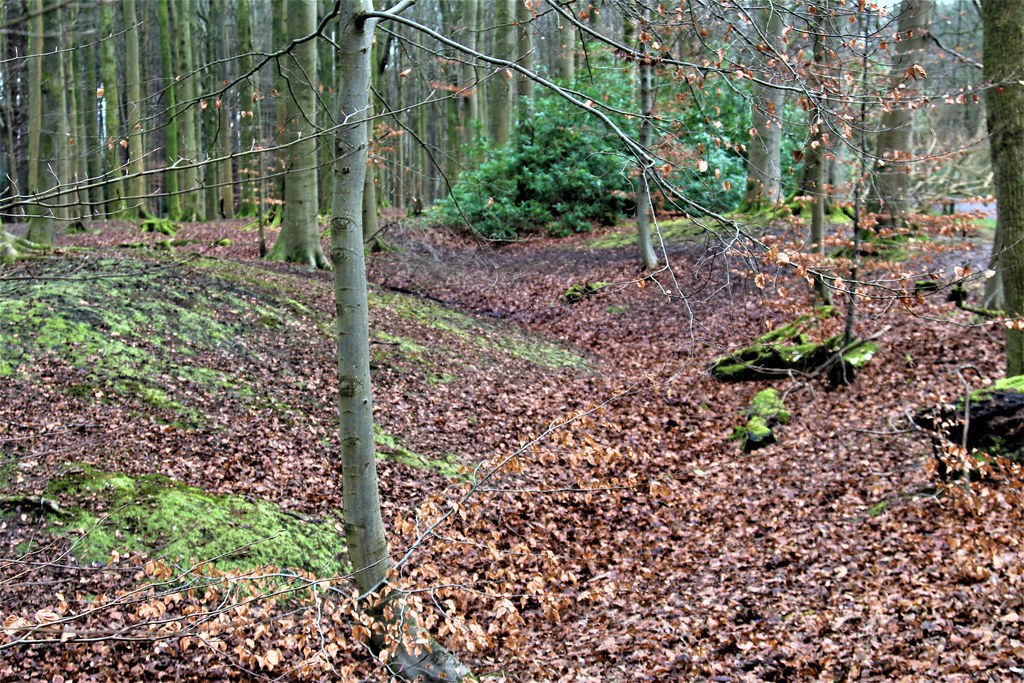 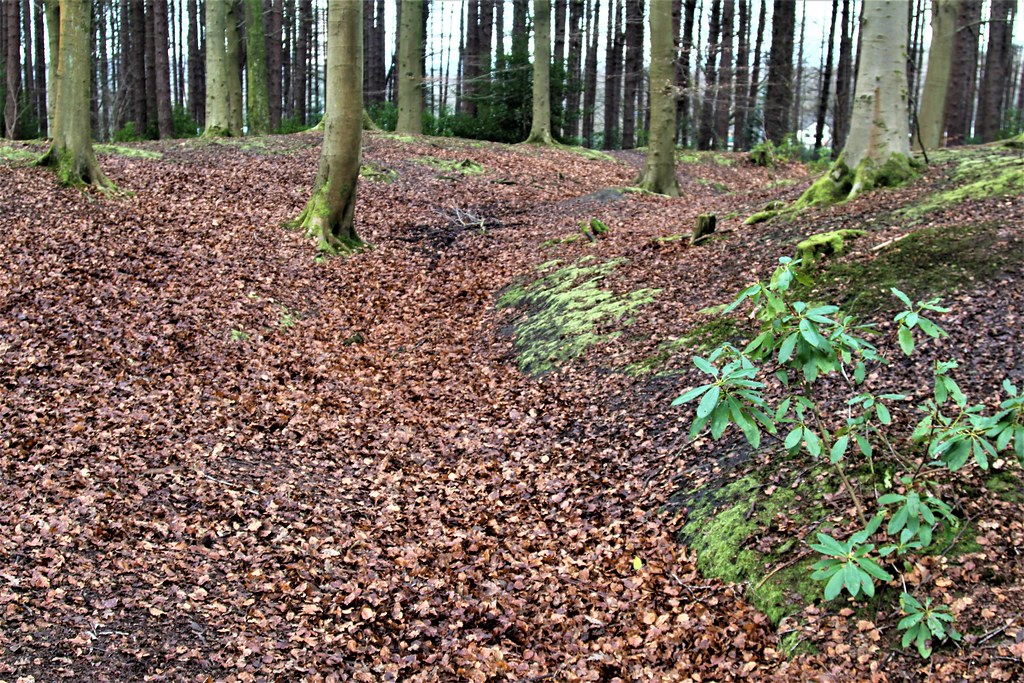