Trip to the Scottish Highland in winter 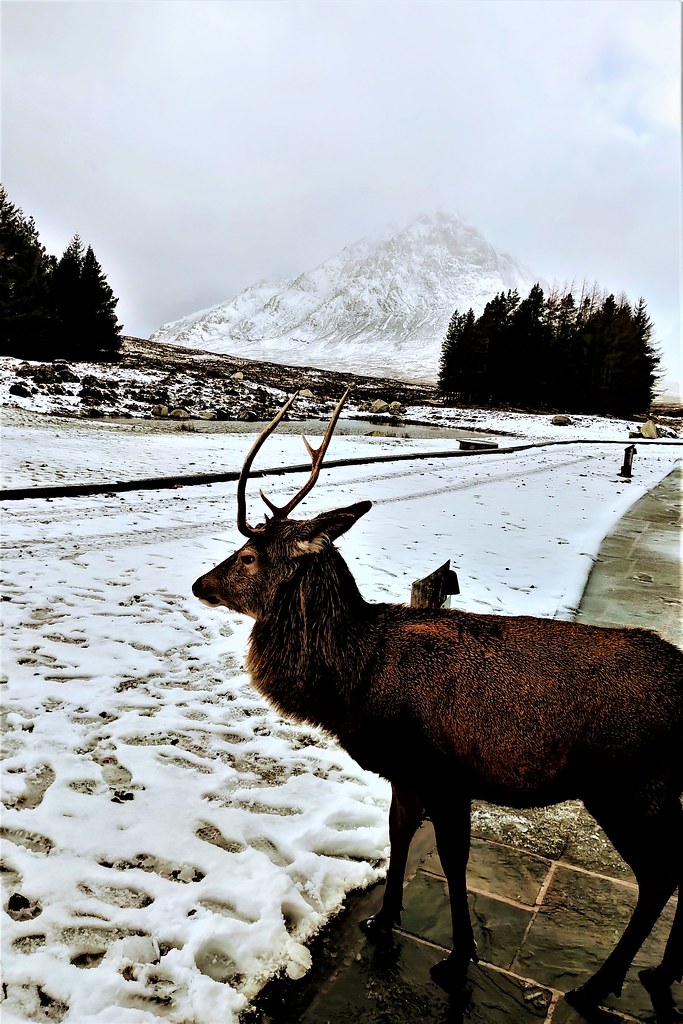 (Above image is a capture of a wild deer at the Kings House Hotel, Glencoe.)

Conscious of the mild winter to date in S.W. Scotland, I was determined to get a fix of conditions resembling a 'normal' winter and hence have ensconced myself in Glencoe for a couple of nights.

This has proved a success so far, as today I have experienced a medley of rain, snow and sleet together with mountainous landscapes covered with a light layer of snow .In a 'normal' winter it would be reasonable to expect a few feet of snow, blocked roads and serious windchill, well below freezing. However, I am grateful for what there is which, during gaps in the rolling storms, provides some reasonable photo opps.

The trip up to Glencoe took nearly four hours but this included a few stops en-route.

First, I called in at Luss on the banks of Loch Lomond where conditions weere just about adequate for pics. 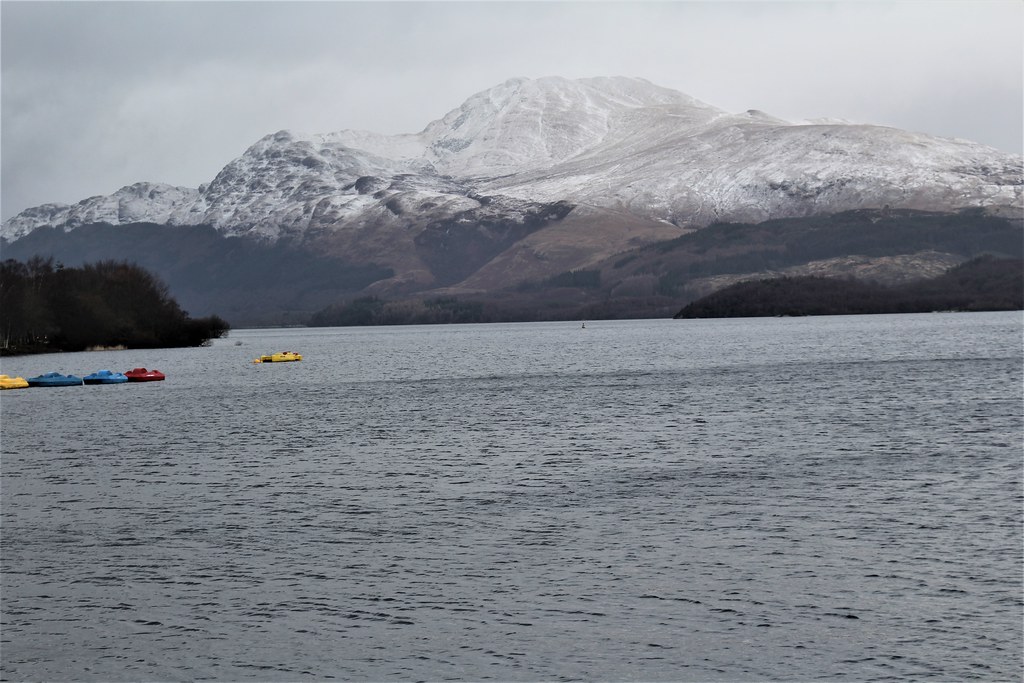 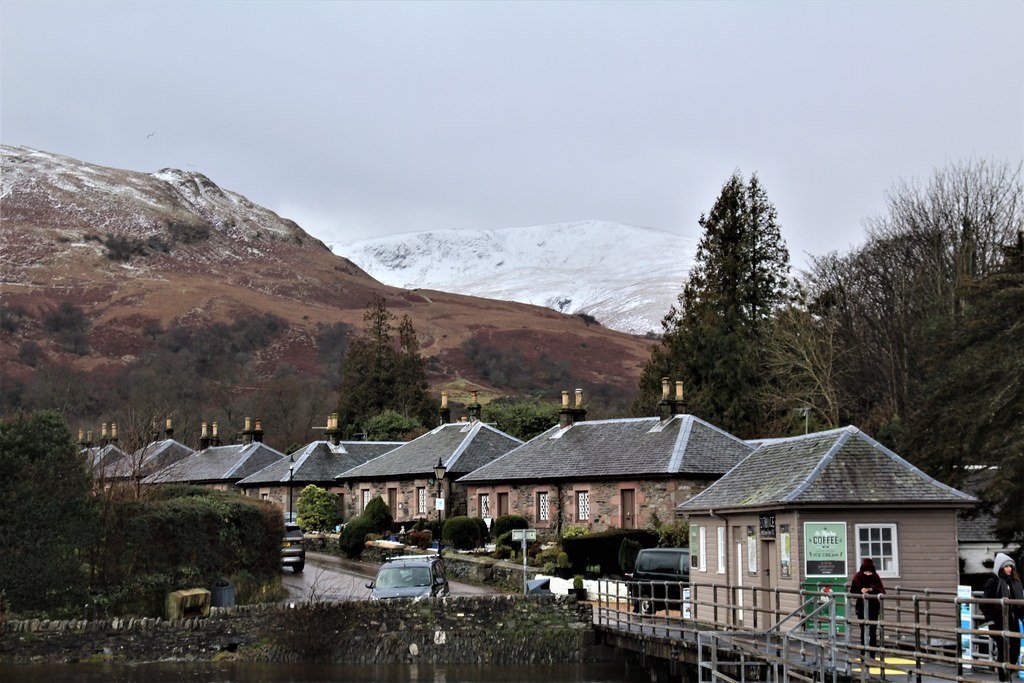 Next photo stop was the desolate Rannoch Moor, the surface of which is much as the retreating glaciers left it, about 10,000 years ago. 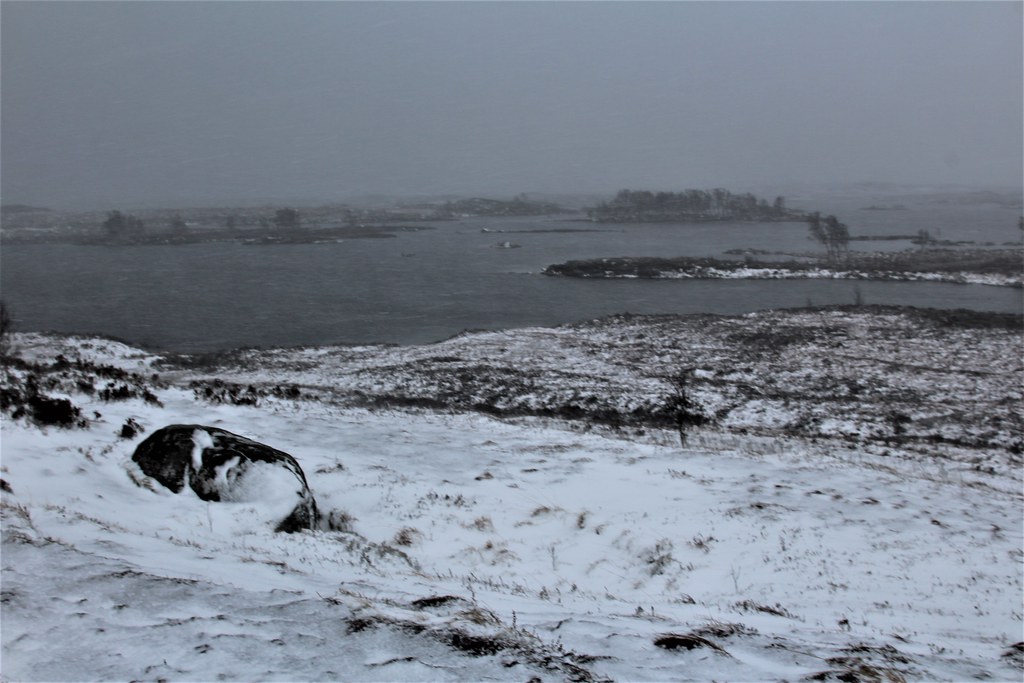 Finally, I arrived at (the rebuilt) Kings House Hotel at Glencoe which has occupied a remote spot since the 18th century.

On arrival I was met by a couple of local deer. Then I embarked on a short hike along a section of the West Highland Way (which runs between Glasgow and Fort William). After about an hour I was caught in an unpleasant hail blizzard and with light fading decided to return to the hotel. 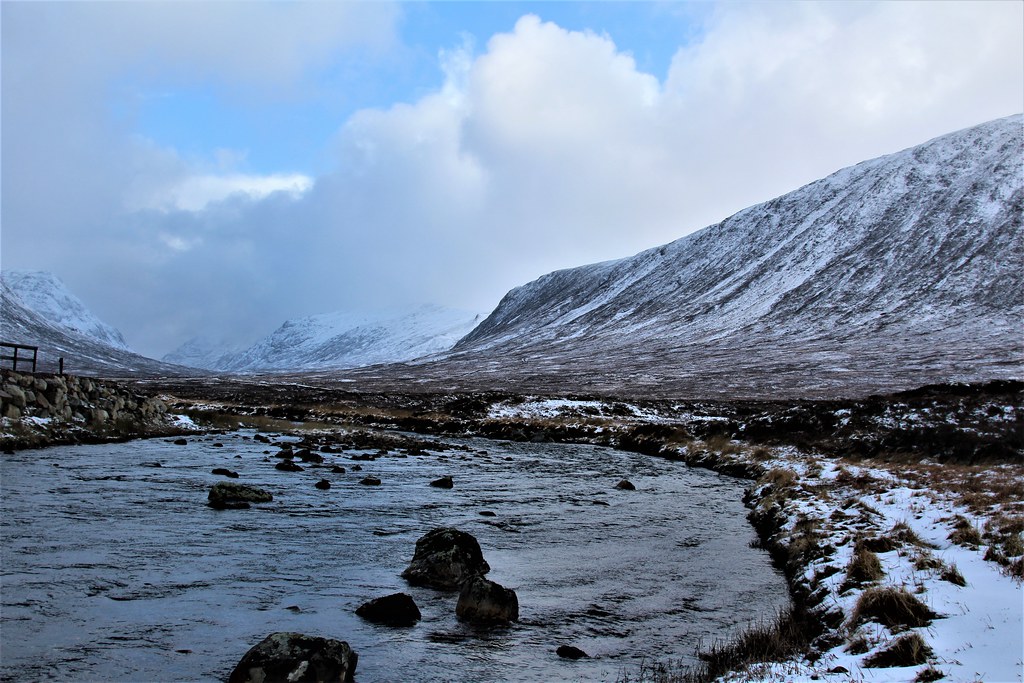 Hotel in context of landscape 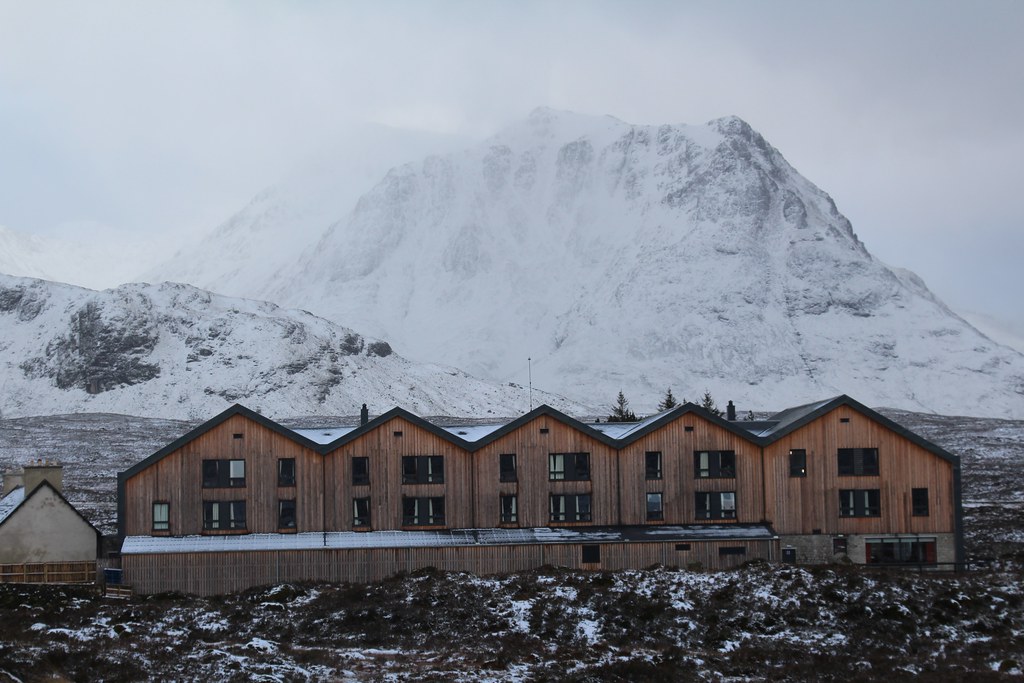 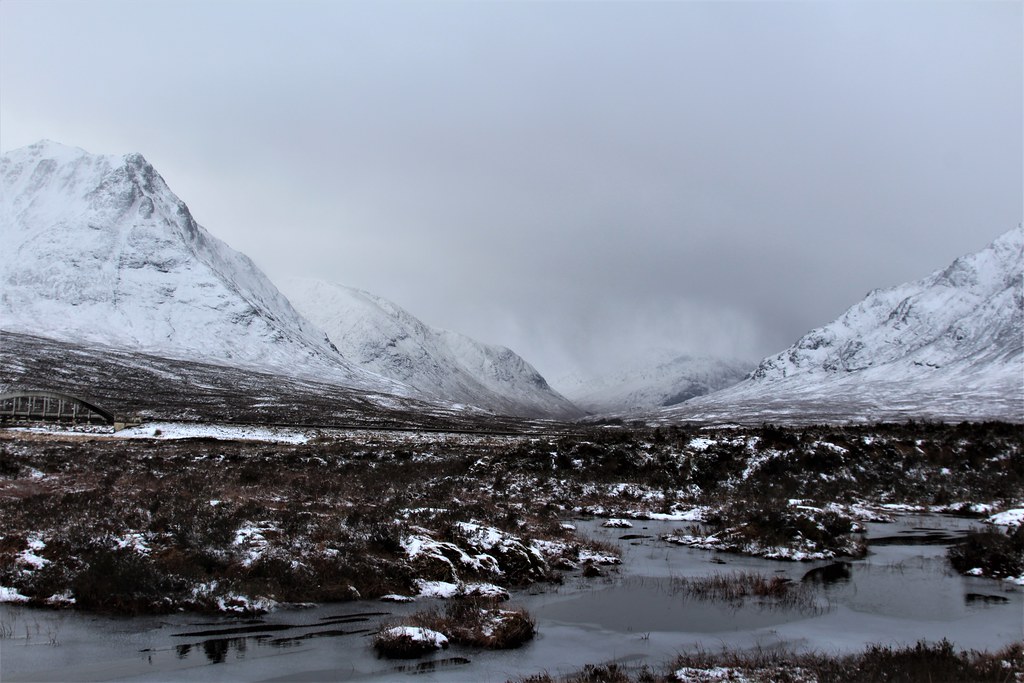 Section of West Highland Way. This follows a former military road dating from the 18th century used by redcoat soldiers to police the Highlands. 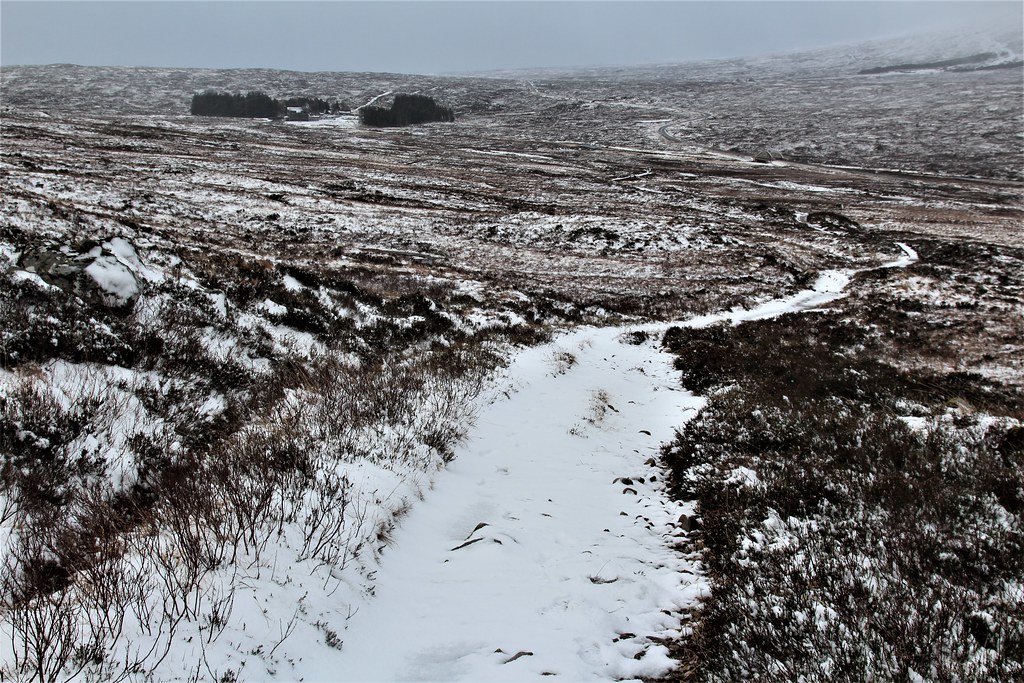 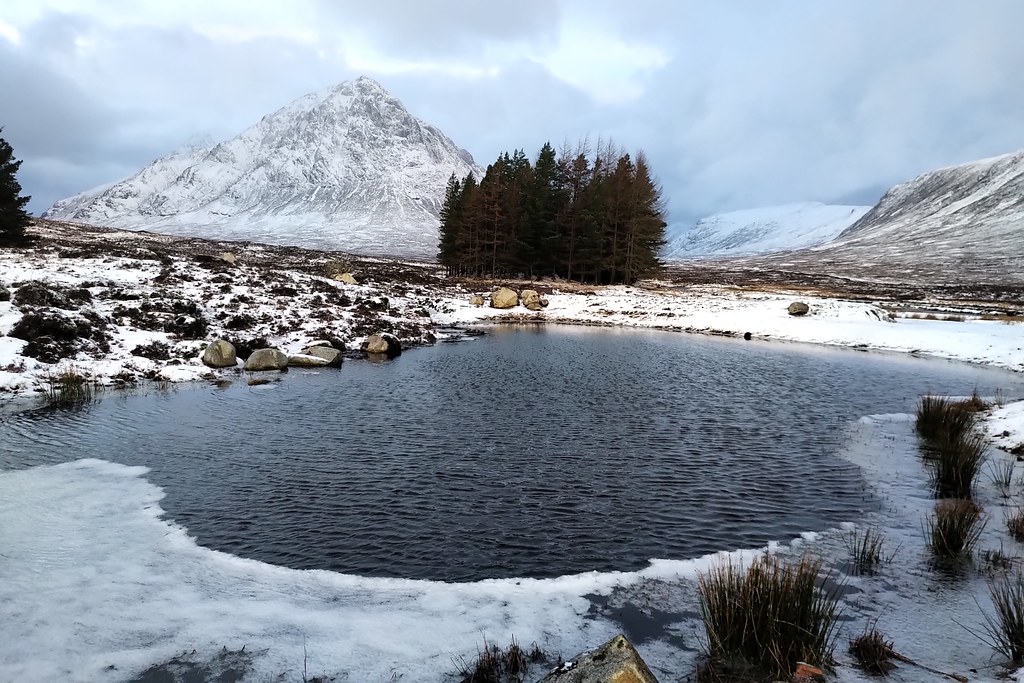 So far so good. Tomorrow I plan to travel down remote Glen Etive. Fingers crossed!