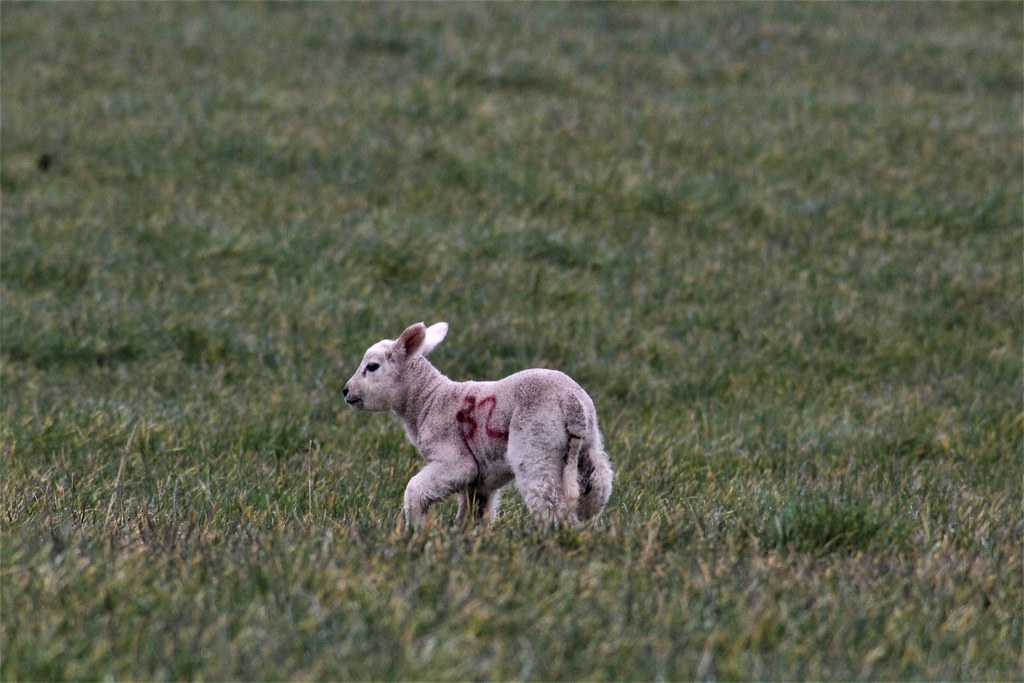 Springtime is synonymous with the lambing season in Scotland.

With the foregoing in mind I ventured off this morning, suitably armed with a long lens, to capture images of new born 'cuties' . 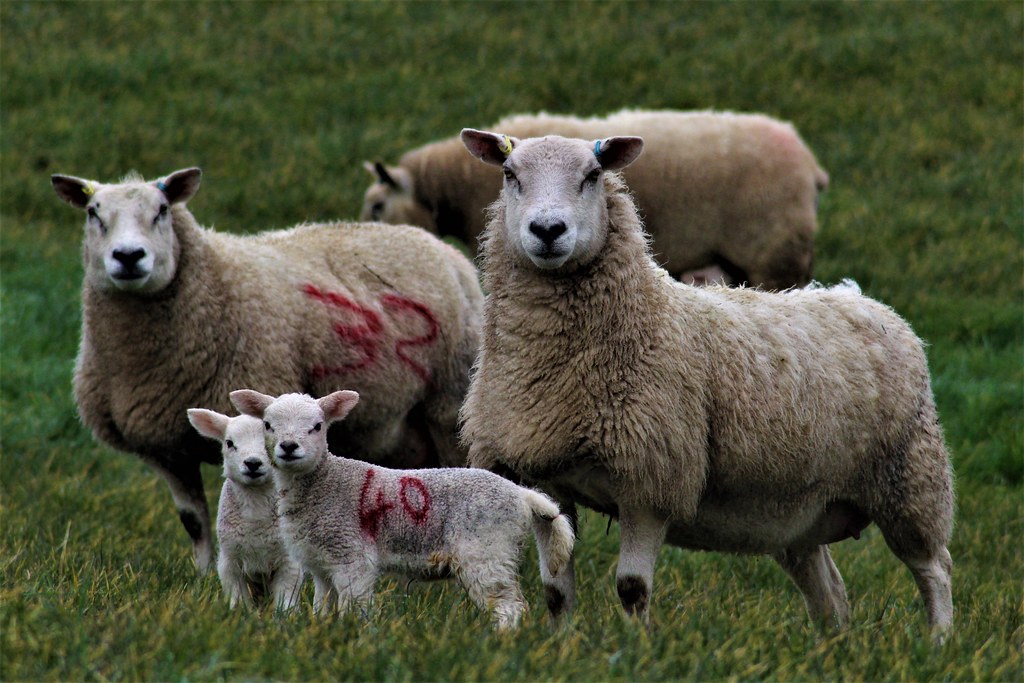 As will be evidenced from images herein, the mission was successful with added bonus that I had a chance meeting with the farmer who, despite a cheery smile, was concerned that (a) that the animal auctions marts were currently shut down and (b) there is a possibility that slaughterhouses will follow likewise. Obviously, the foregoing has negative implications for his forward cash flow.

There are thought to be about seventy sheep breeds in the U.K ., more than in any in other country in the world. 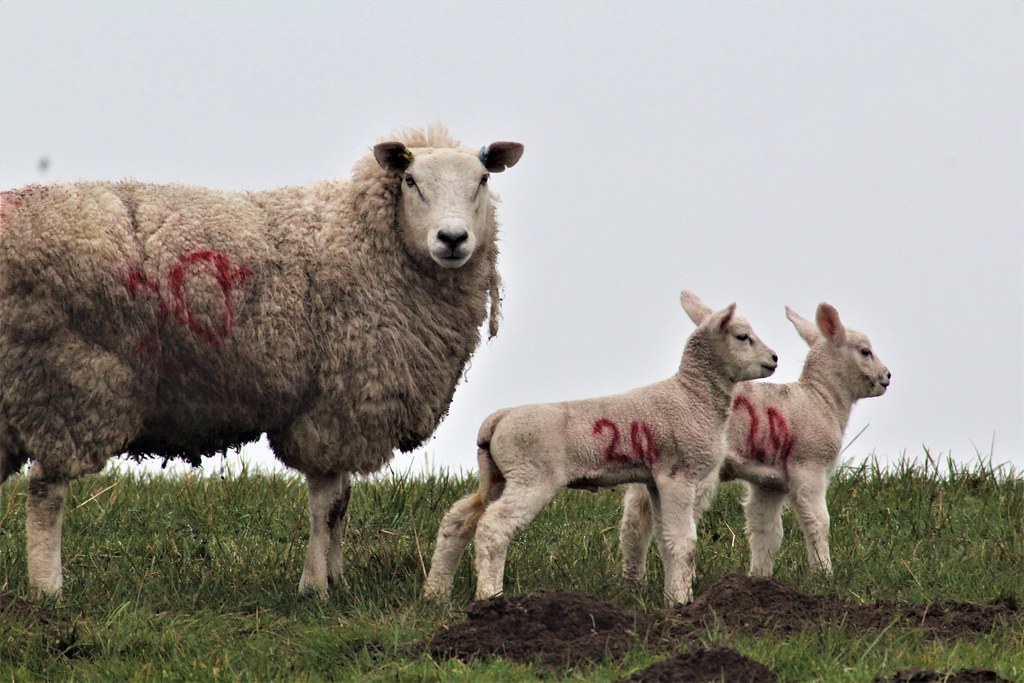 In Scotland there about 6.5M sheep of which lambs comprise 48pct of the total flock. The principal driver behind sheep farming is the production of lamb meat. Historically, wool was important but is now a by-product and of nominal value. 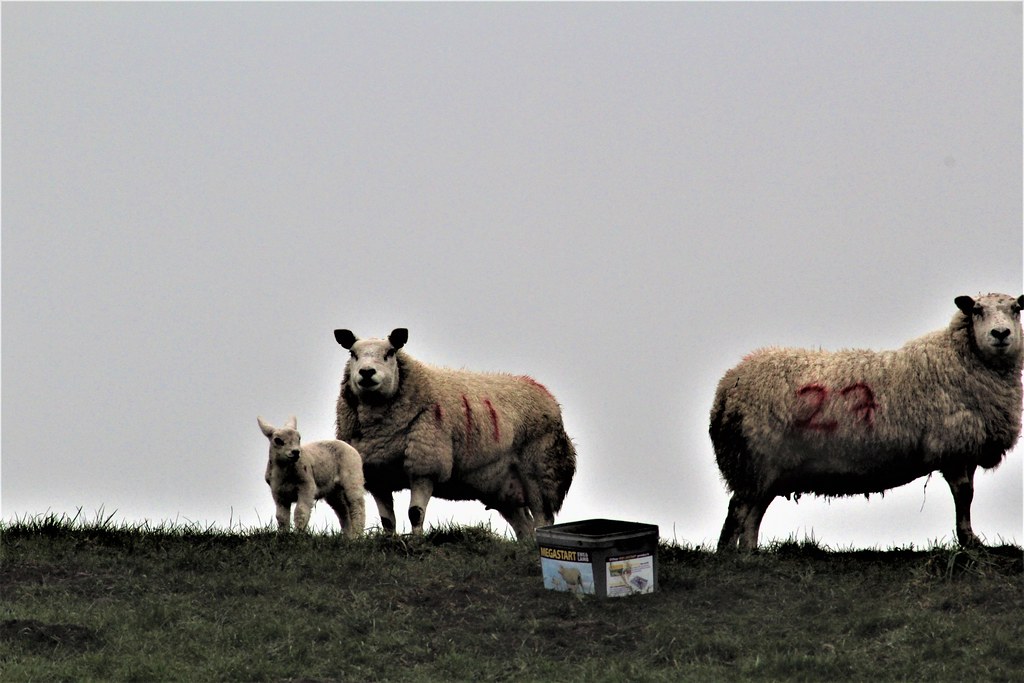 In the images readers may question the point of numbers (in red) sprayed on some of the ewes and the lambs. After lambing the farmer will spray the sheep (using a harmless dye) with a number and the lambs produced by the ewe with the same number so that the ewe can easily be connected with its offspring out in the field. 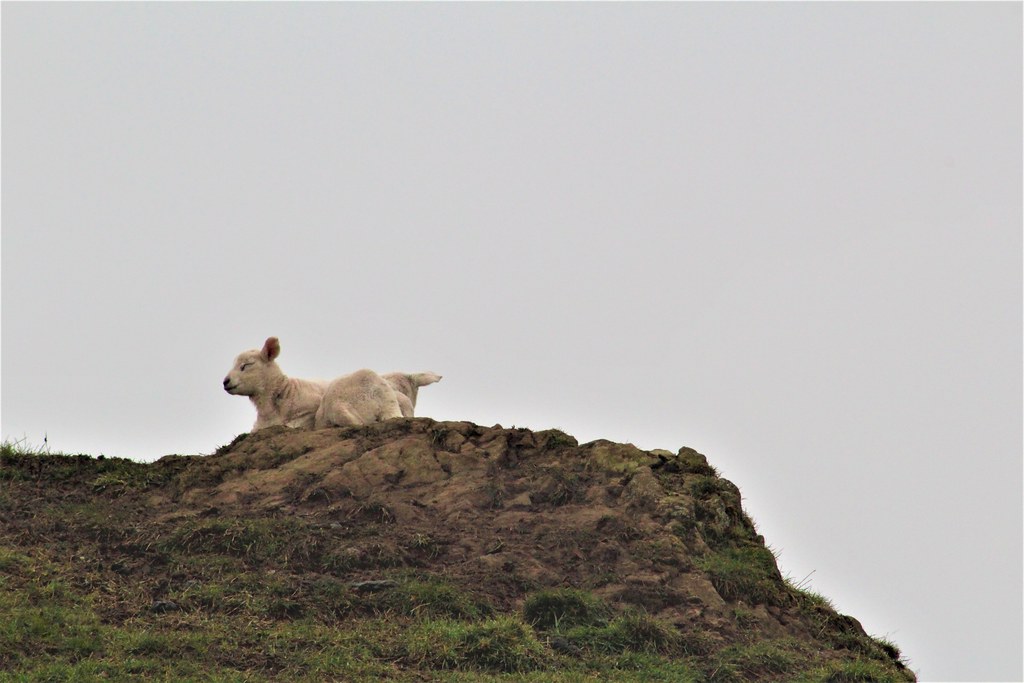