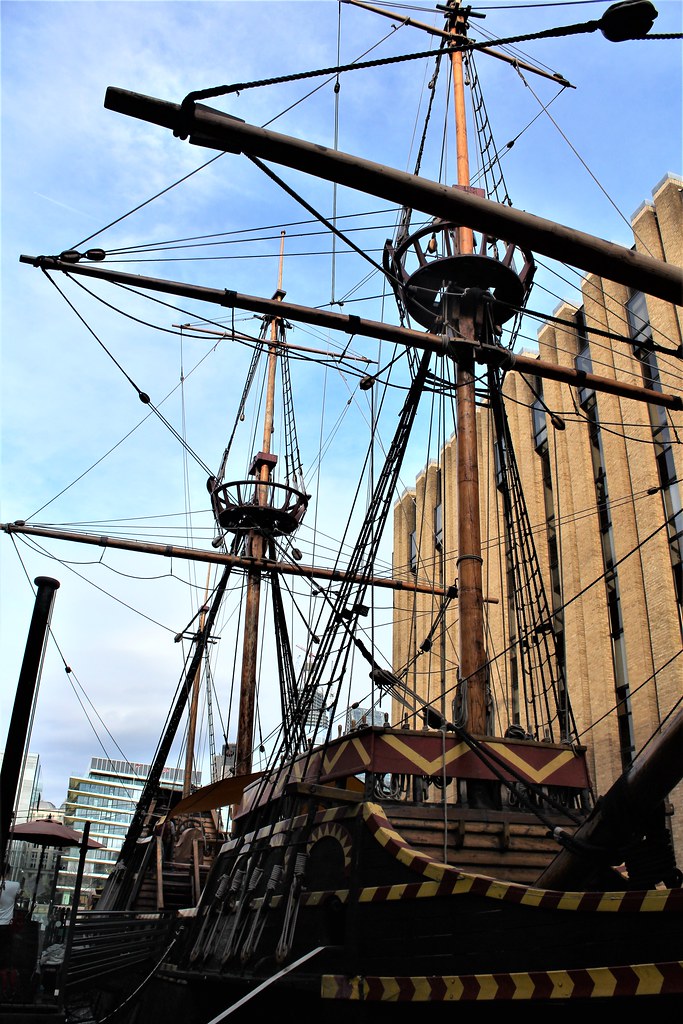 This evening, I am reporting on the Golden Hinde, a 16th century warship which circumnavigated the world between 1577 and 1580 under Francis (later Sir Francis) Drake.

The original Golden Hinde was, effectively, a pirate ship enjoying tacit support of Queen Elizabeth I whose main target was the lumbering Spanish galleons loaded with gold and silver in transit from South America to Spain. The Golden Hinde had a speed of about seven knots compared to the three-four knots of the galleons. The success of the pirating ventures led to diplomatic tensions between Spain and England albeit to the considerable benefit to the national wealth of England which, at that time, was relatively poor.

In Drake’s day the ship had a compliment of about sixty men whereas voyages in the replica have been crewed by a Master, Mate, Cook and ten-twelve deck hands.

The replica vessel was built in Devon, England following extensive research on the original and using traditional, handcrafted methods.This replica has circumnavigated the world and sailed over 100000 miles, a much longer overall distance than the original. 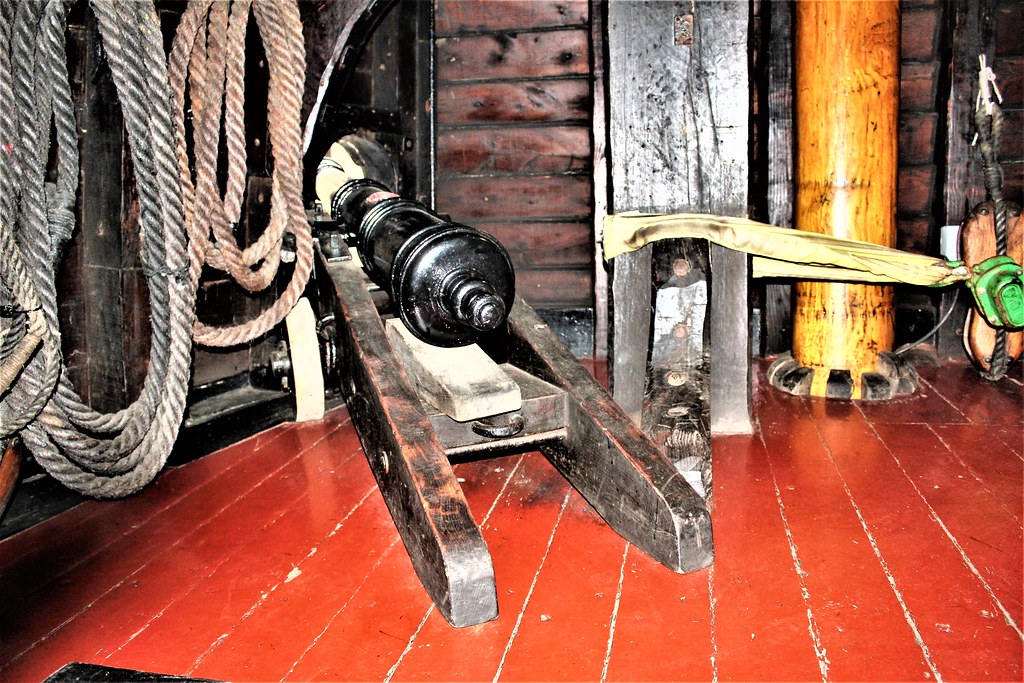 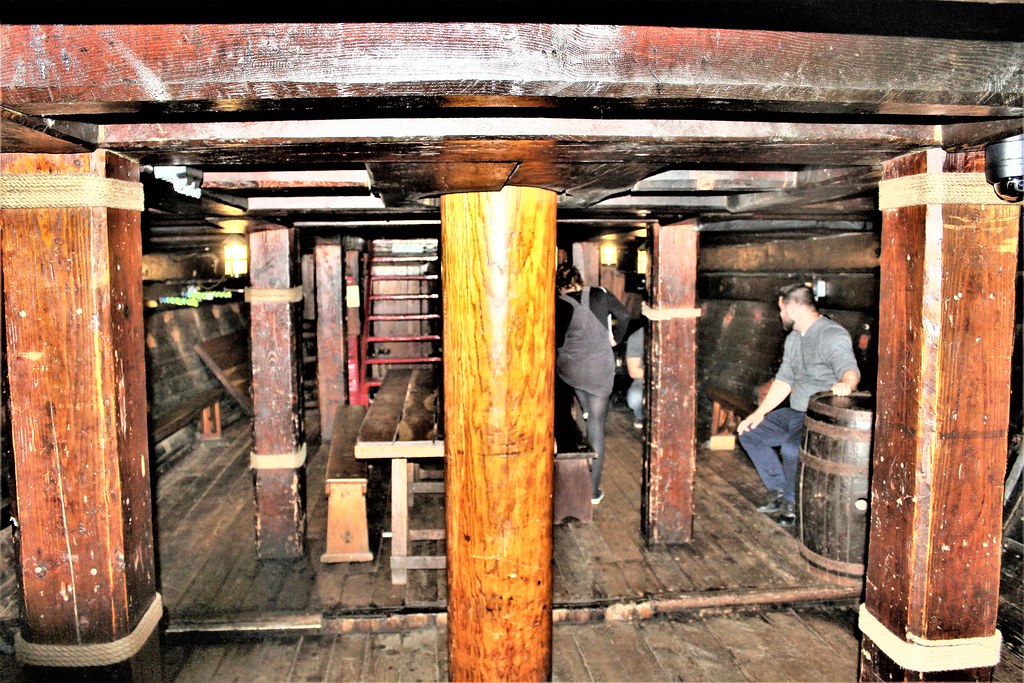 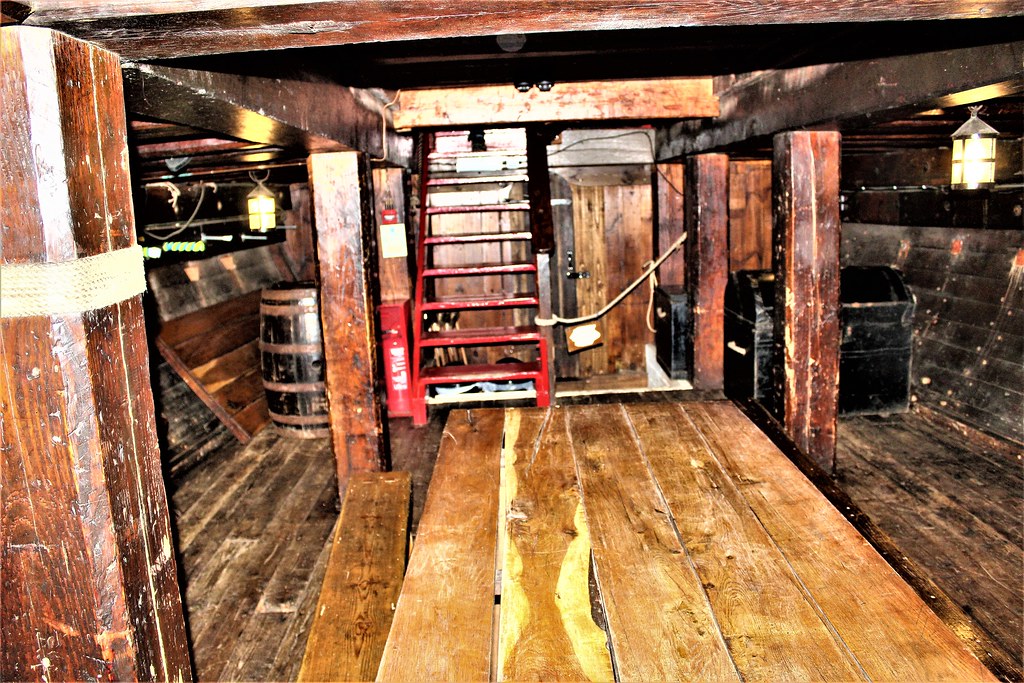 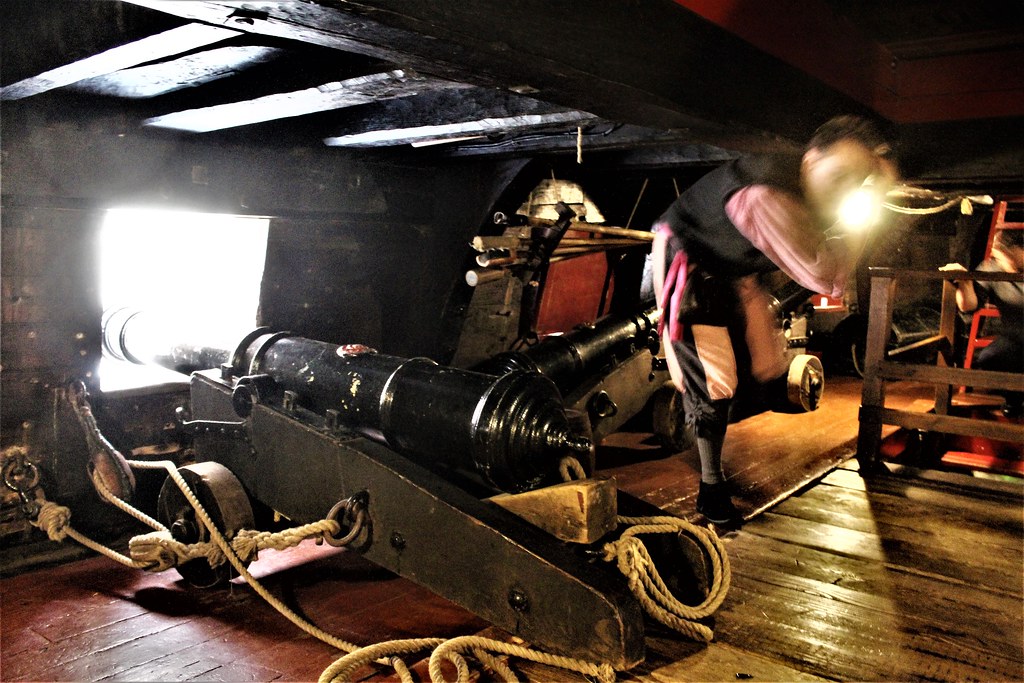 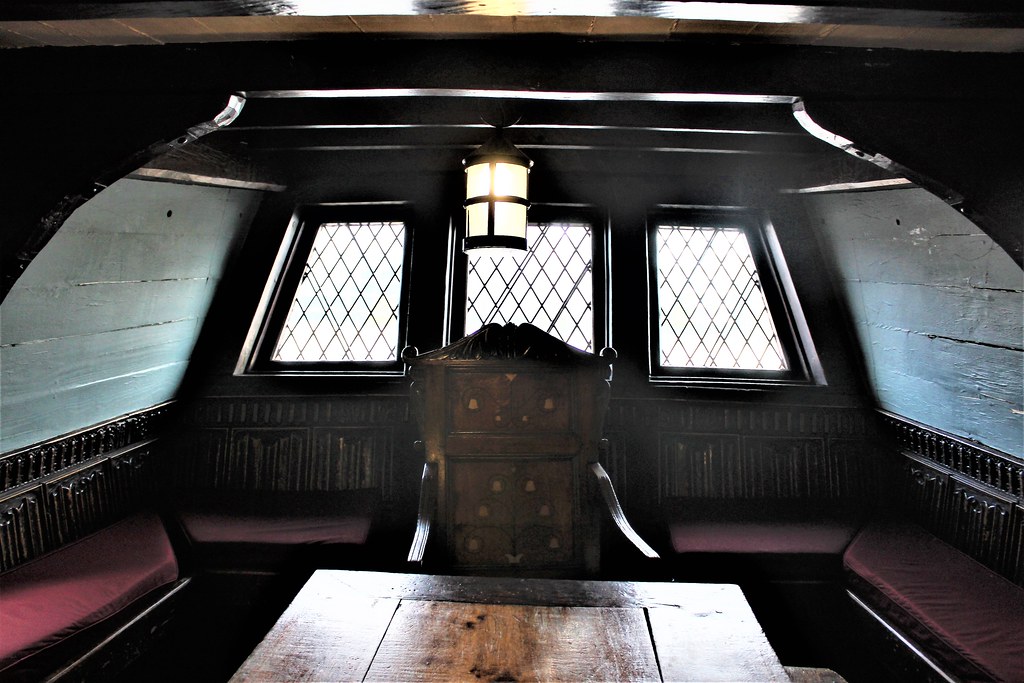 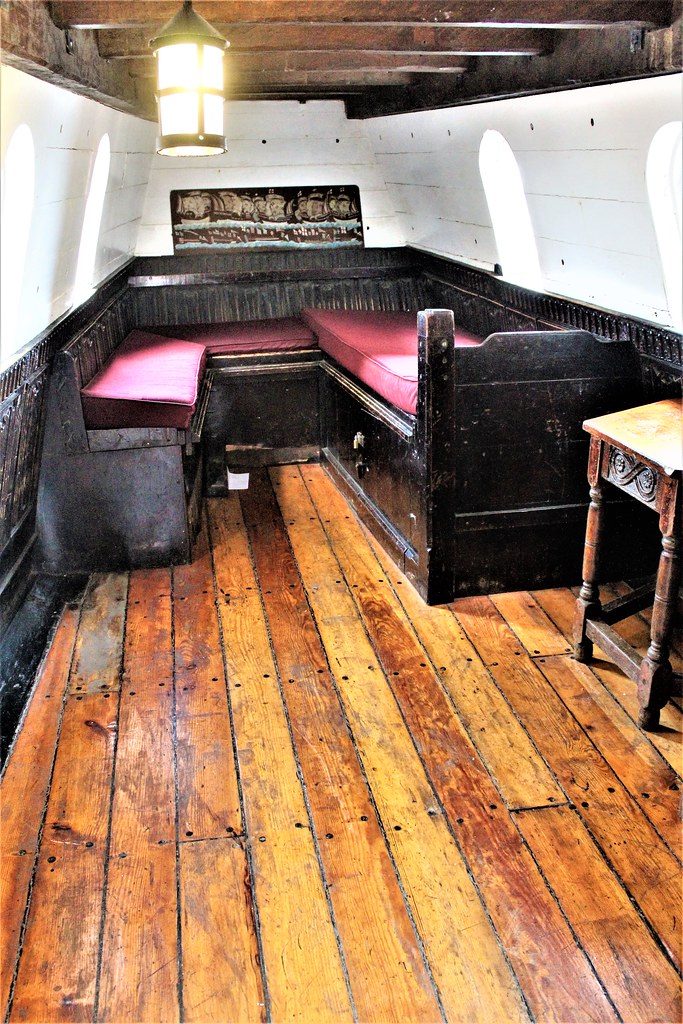 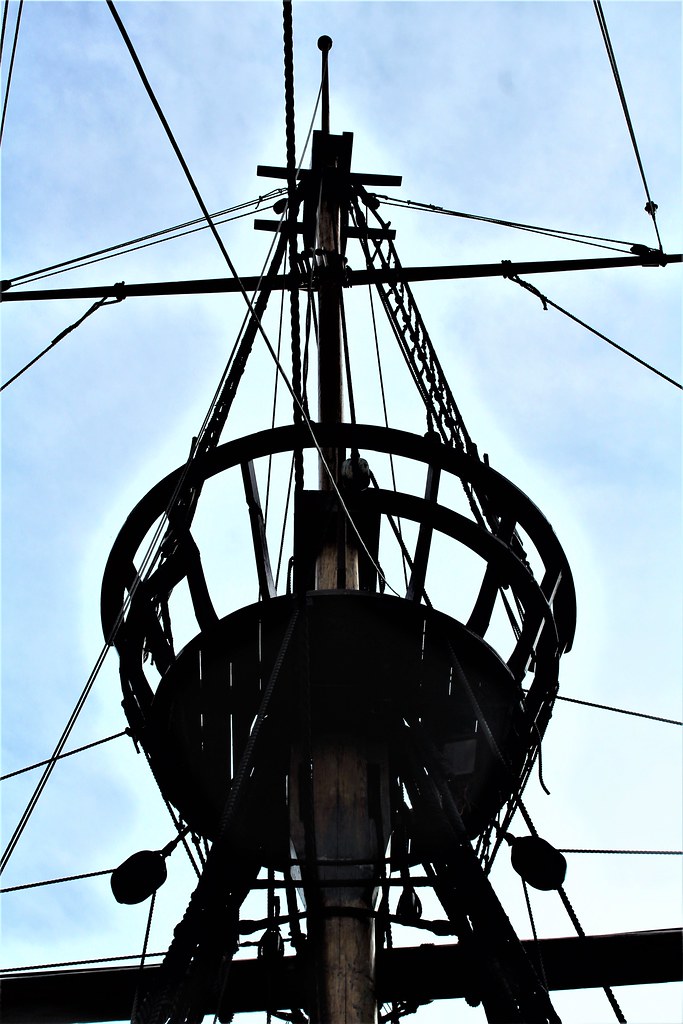 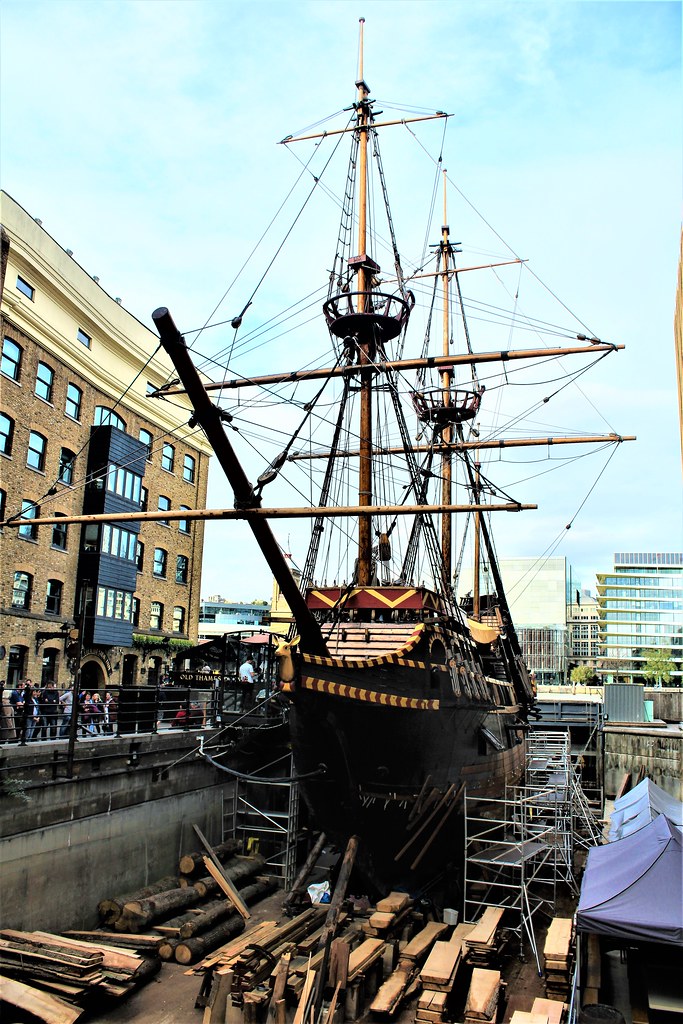 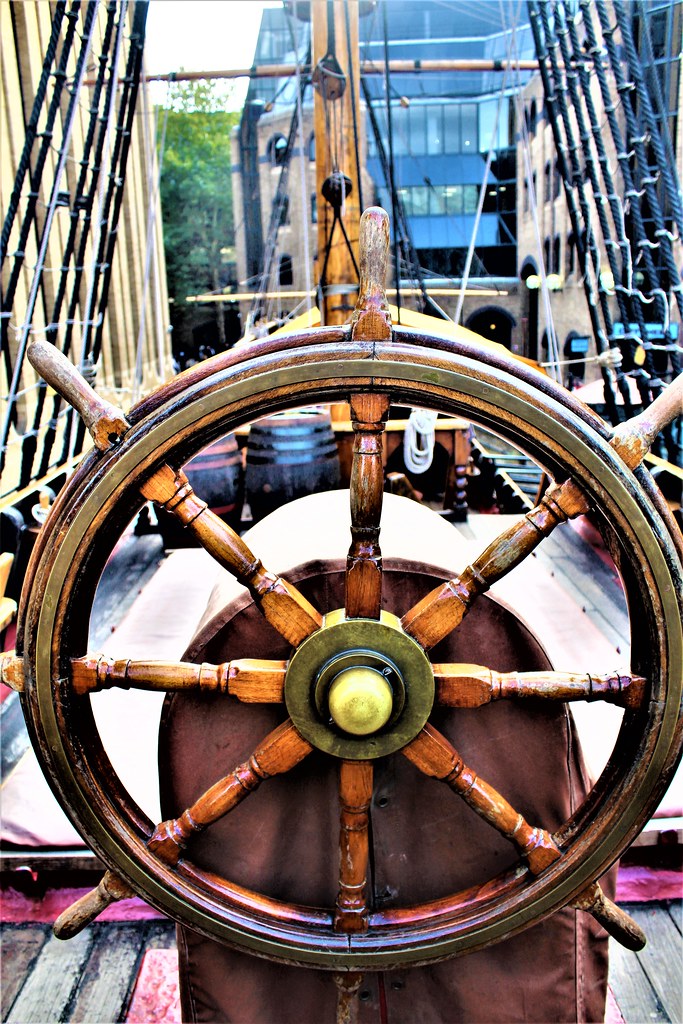 Ship’s Wheel. This steering technology was developed after Drake’s time. Original vessel would have been steered with a whipstaff. 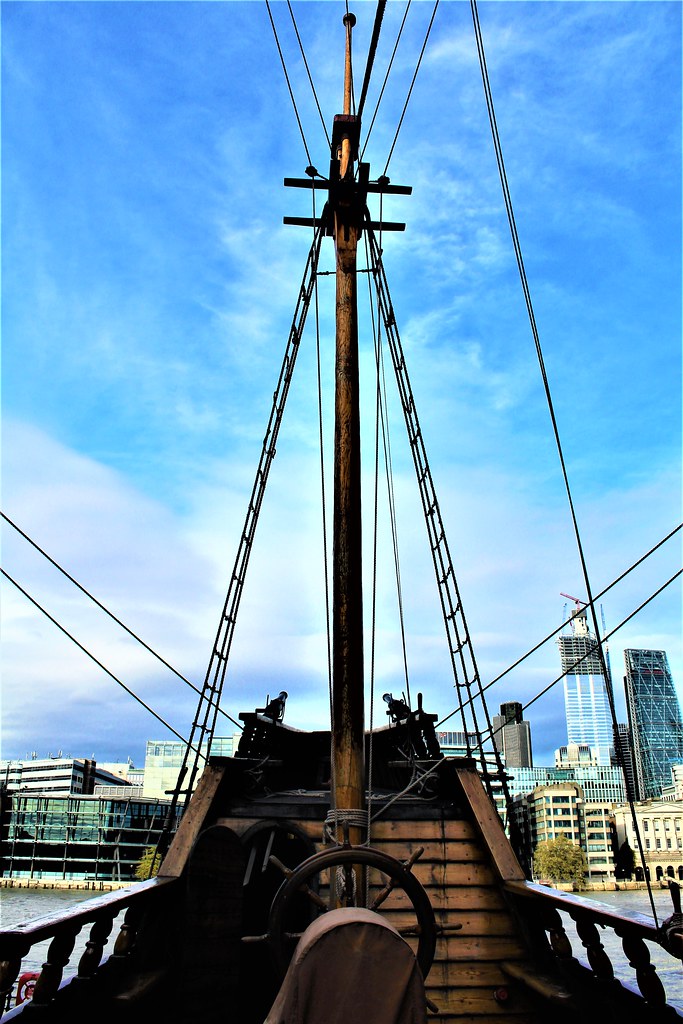 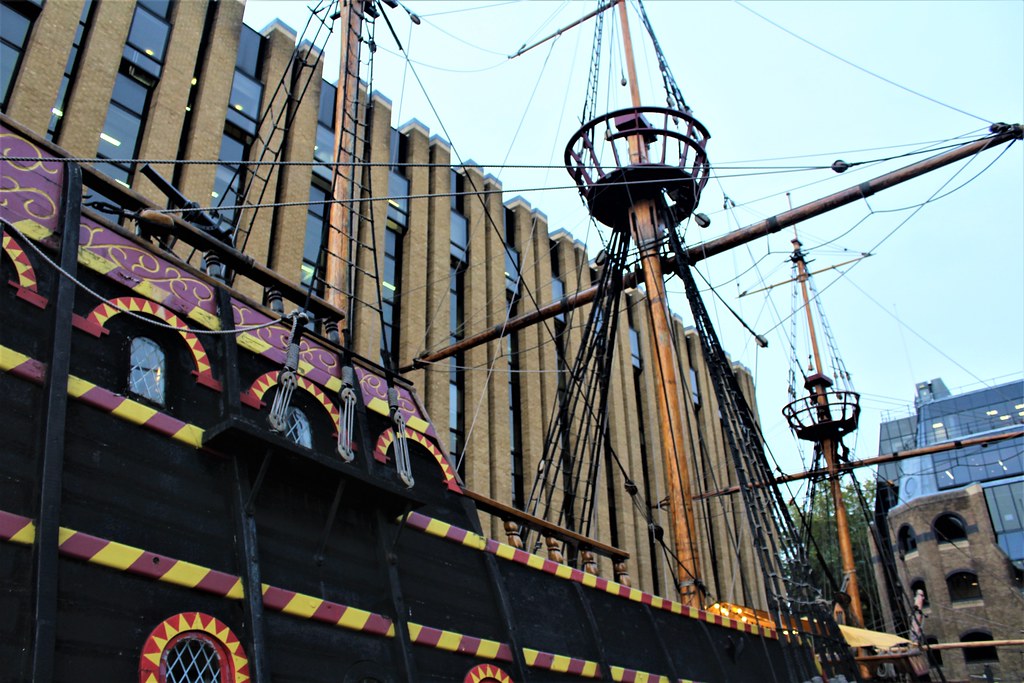 Side view of vessel.