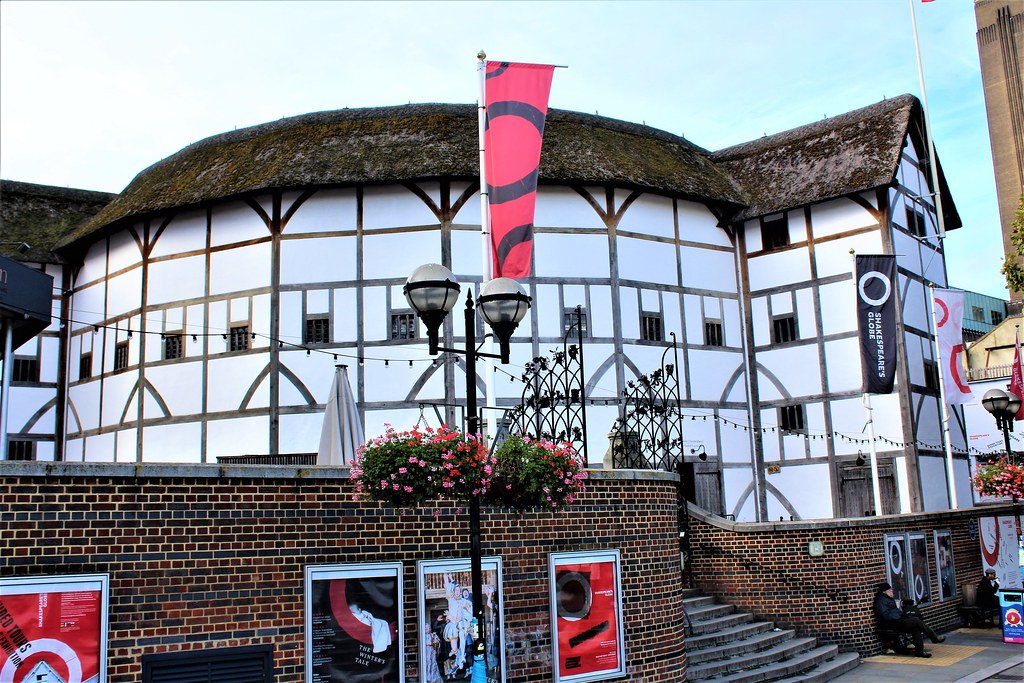 This evening I am posting information on a building the 16th century original of which played a key role in the development of the English language insofar as many of William Shakespeare’s plays were written with the particular auditorium and audience in mind. The Shakespeare plays first performed there are:
Other playwrights wrote for the Globe, including Ben Jonson, Thomas Dekker and John Fletcher.

The original location for the theatre group (The King’s Men), of which Shakespeare was a member, was Shoreditch, on the north bank of the River Thames. However, a dispute over renewal of the lease triggered a re-location of the theatre group during late 1598 when a new theatre, the Globe was constructed at Bankside, on the south bank of the Thames close to the location of the current Globe. Shakespeare was one of four actors who bought a share in the Globe.

The original Globe theatre flourished from 1599 until 1613 when it was consumed by fire. After a rebuild the theatre continued until 1642 when it was closed by England’s Puritan administration and finally demolished in 1644.

The reconstructed Globe Theatre was the brainchild of American, Sam Wanamaker. The project was twenty-three years in gestation and finally opened in 1997.

The new Globe Theatre was modeled, on the original with information obtained from a mix of archaeology and documentary research, as no plans have survived. Building techniques followed, as closely as possible, those used in the 16th century although the actual stage is the most conjectural aspect of the reconstruction.

The centre of the building is, like the original, open to the elements. By this means maximum use is made of natural light.

During the course of a year various Shakespeare and other plays are performed at the Globe. 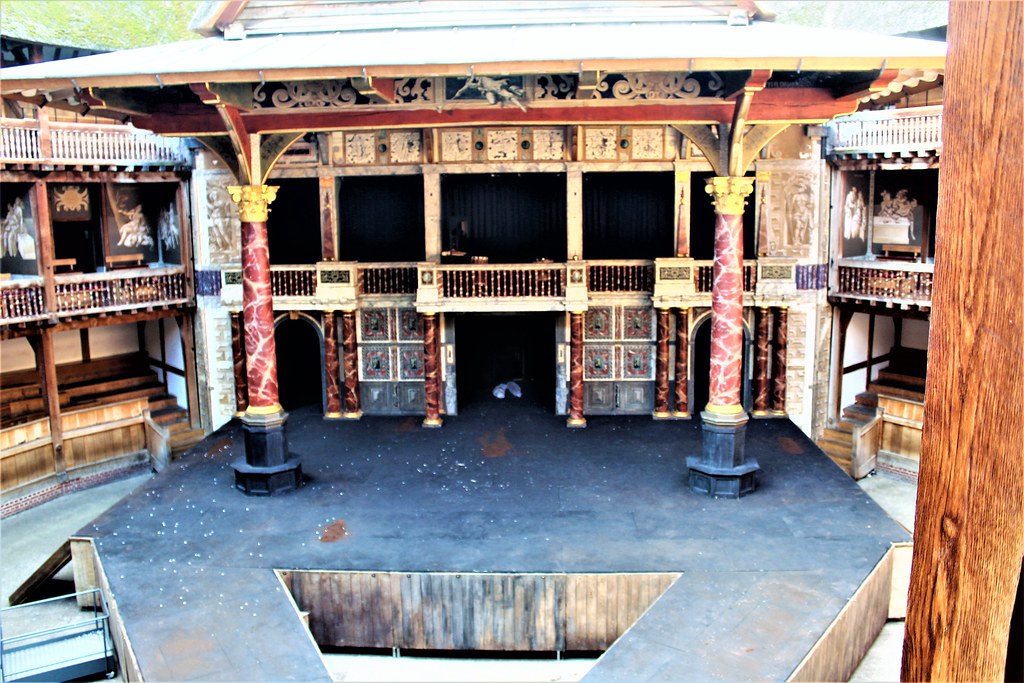 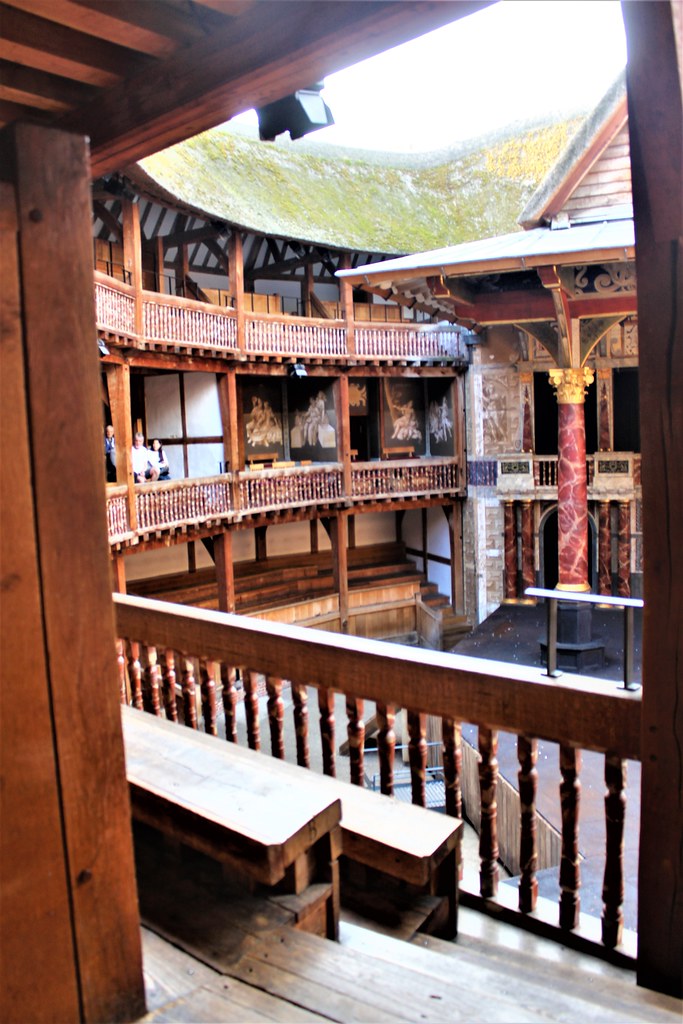 Aspect of the Globe Theatre. 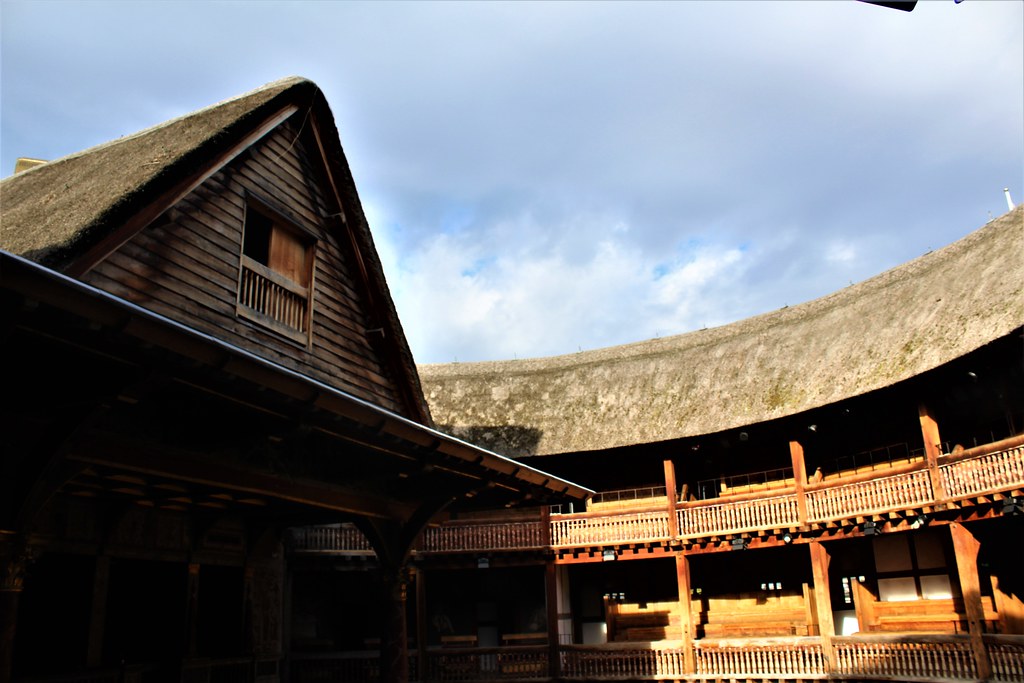