Dark Hedges, an incredible and eery site in Northern Ireland 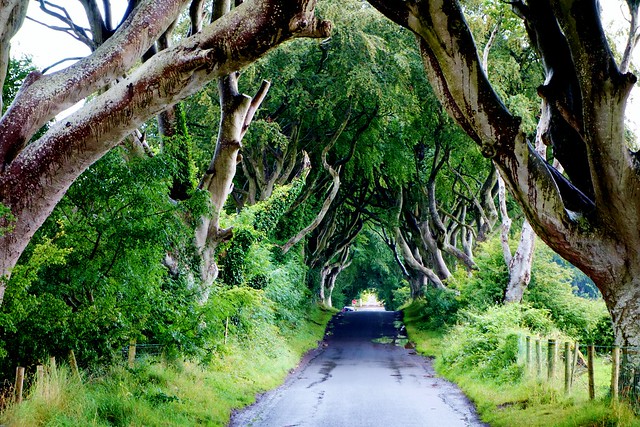 This evening, I am posting information on the unusual natural feature known as the ‘Dark Hedges’, near Stranocum in Northern Ireland.

The feature comprises an avenue of very mature beech trees planted in the 18th century by the local Stuart family in order to impress visitors approaching their property, Gracehill House.

Clearly, the site is a magnet for photographers throughout all seasons and light conditions.The Dark Hedges were used as a filming location for the "King's Road" in the television series Game of Thrones. The trees have also been used in the 2017 Transformers film The Last Knight.

Dark Hedges is located near Gracehill Golf Club off the B147, about 2.5 miles from the village of Stranocum. Post code is BT53 8TP.

A site not to be missed when touring Northern Ireland! 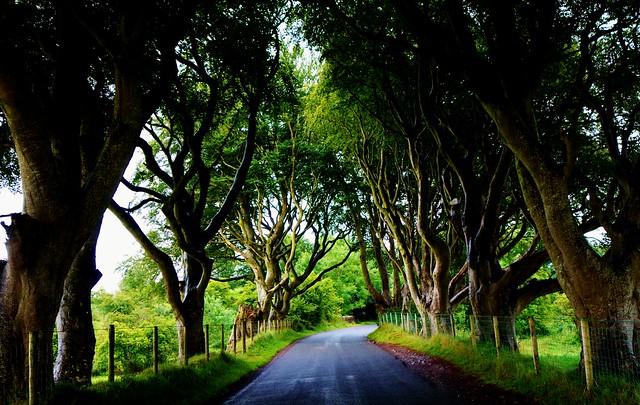 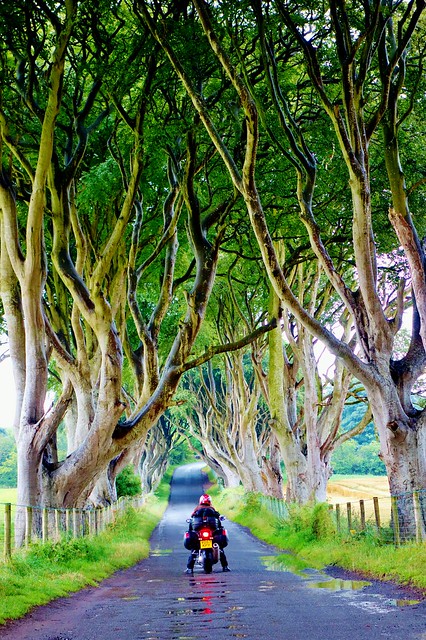