Waterford is located at the head of Waterford Harbour, 120 miles (192km) S.W. of Dublin in the S.E of the Republic of Ireland. This city is the oldest in Ireland and has a population of about 48,000.

In context of a one-day visit, the two key sites to consider are Waterford Crystal and Reginald's Tower.


Waterford Crystal provides tours of the manufacturing process and showroom.

Crystal manufacture has a 200-year-old heritage in Waterford.

A typical tour takes visitors through all the basic steps needed to produce a piece of Waterford Crystal. Mould-making is first, where wooden moulds are produced.Then the glass itself is blown by expert glass-blowers . Out of molten crystal a glass vessel is produced via a process that involves a furnace operating at 1,400 degrees celsius.

The next step is very important in producing the desired end product. After careful inspection of the “raw” glass the passed specimens are handed to the cutters who use  diamond-tipped tools, cutting into the glass to create the required design.

A selection of final products can be viewed (and purchased) in the show-room.

Reginald’s Tower is a short walk from the Waterford Crystal site. This structure is believed to have been founded in the 10th century, Viking era.

The Vikings became established in Ireland’s capital city of Dublin around AD 841 and ruled there for three centuries with emphasis on commercial and trading activities, including slave trading.Viking power in Dublin ended in 1171 when the city was captured by the King of Leinster.

In Waterford can be found Ireland’s oldest civic building which has a lineage dating back to the Vikings. The first tower on the site was built by Vikings after 914 and formed the apex of a triangular settlement known as the Viking Triangle. The tower was re-built by the Anglo-Normans in the 12th century with two additional floors added in the 15th century. Until around 1700 the tower was an integral part of Waterford’s medieval wall defences. Today. the tower provides a key link with Waterford’s Viking past to further illustrate which a re-created longship (below) is on display close to the tower. In their time the longships were formidable and highly advanced examples of marine technology.

Reginald’s Tower is now a visitor attraction which houses an exhibition on Viking Waterford. 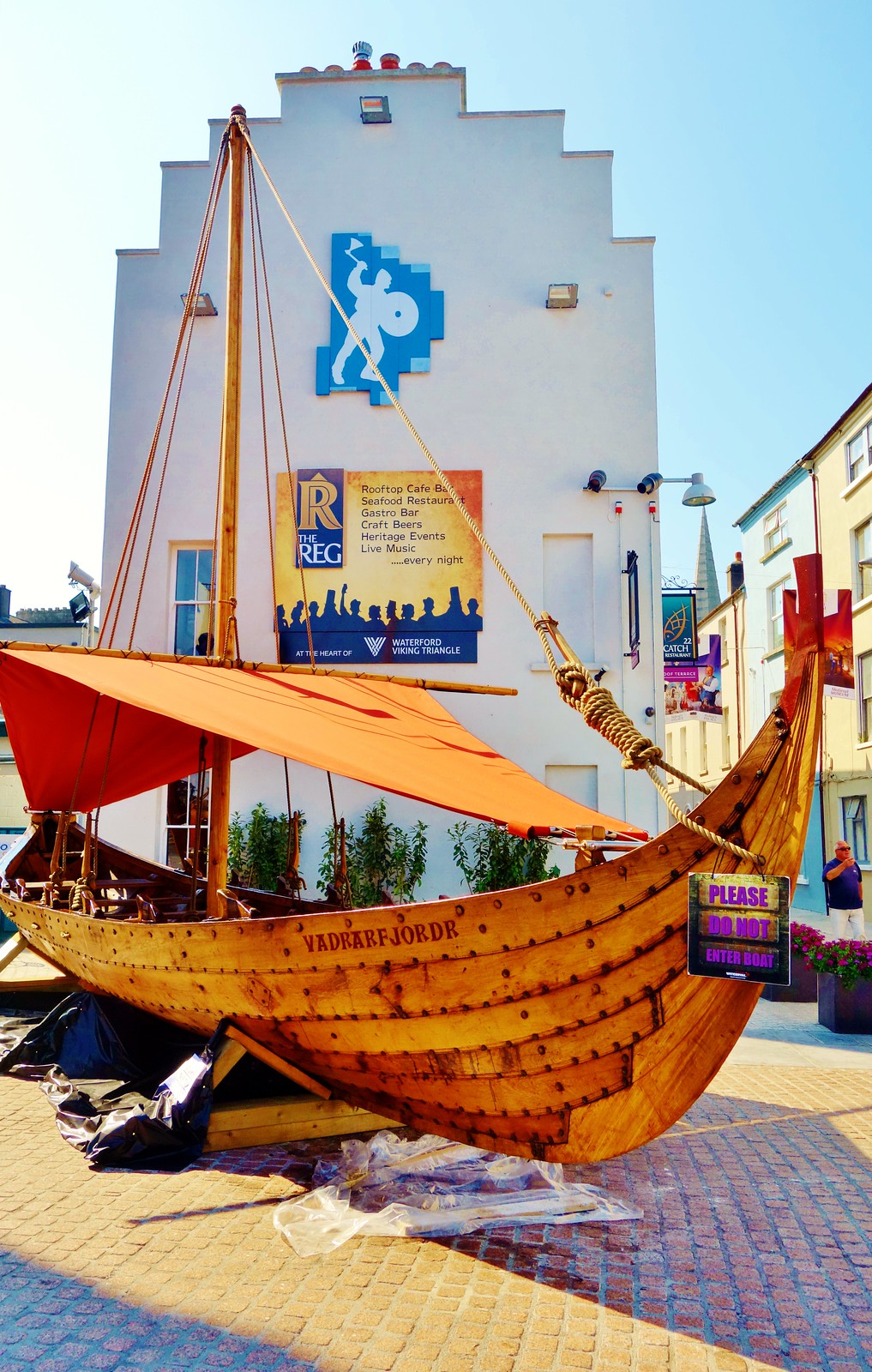