Ireland's National Famine Monument: A poignant memorial to the casualties of the potato crop failure. 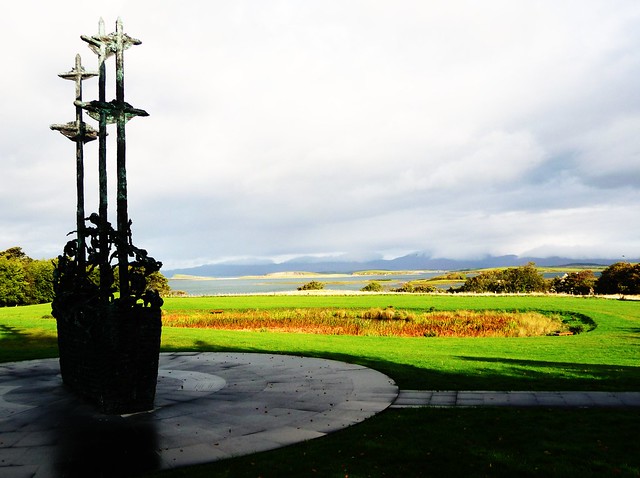 This evening, I am posting information on a poignant reminder of the dark days of the Irish potato famine which occurred during the period 1845-1852.

The famine was caused by a failure of the potato crop due to potato blight. Unfortunately, at this time about one third of the Irish population were dependent on the potato for sustenance. The crop failure had a devastating impact in that about one million died with a further one million forced to emigrate in ships many of which were over-crowded and insanitary in turn contributing to further deaths and suffering.

The monument (above) is the work of John Behan and dates from 1997. It represents a ‘coffin ship’ with skeleton bodies in the rigging. It is located on the south side of Clew Bay at foot of Crough Patrick near Westport in County Mayo in the west of Ireland.
National Famine Monument