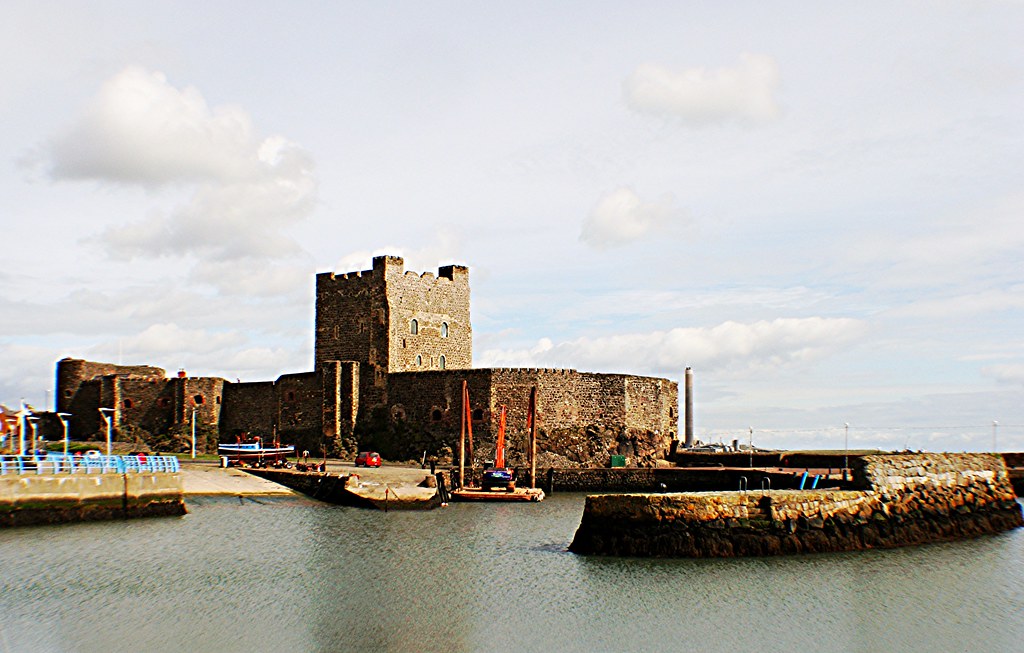 This evening, I am focusing on Carrickfergus Castle which is probably the best preserved medieval castle in Ireland. Location is on the north side of Belfast Lough, a few miles north-east of Belfast.
Visitors may wish to include the site in a tour of the Antrim and Causeway coasts.

This imposing edifice dates back to its original founding in the 12th century as a stand alone keep (tower). Over the succeeding centuries there occurred  extensions and embellishments: in the 13th century, 16th century, 18th century and 19th century. It was as recently as 1928 that Carrickfergus Castle was finally handed over to civilian control. The completed site now comprises the original Keep plus Gatehouse, Grand Battery, Sea Tower, promontory and Postern Gate.

The castle’s original founder was one John de Courcy who later fell foul of King John and was expelled. In the 13th century Hugh de Lacy was in control. Other important developments include:
Overall, this castle demonstrates an illustrious military career but now serves a more peaceable function as a tourist attraction. 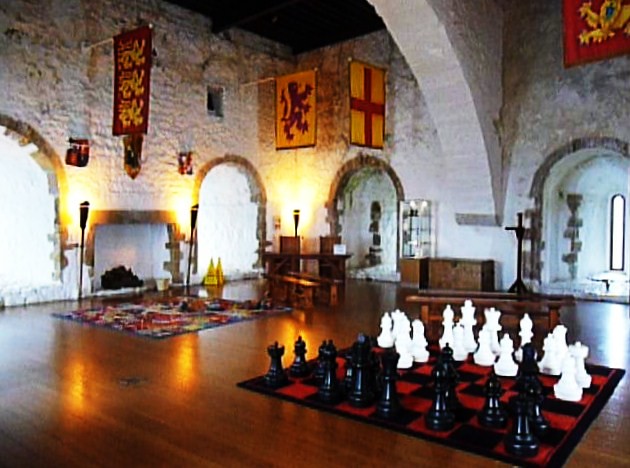 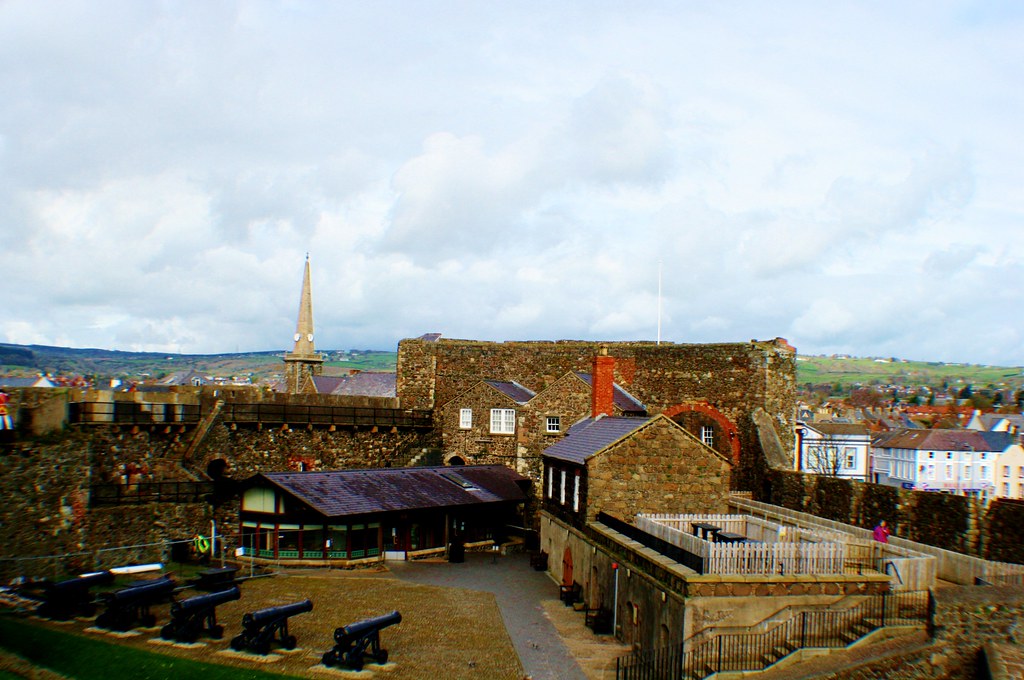 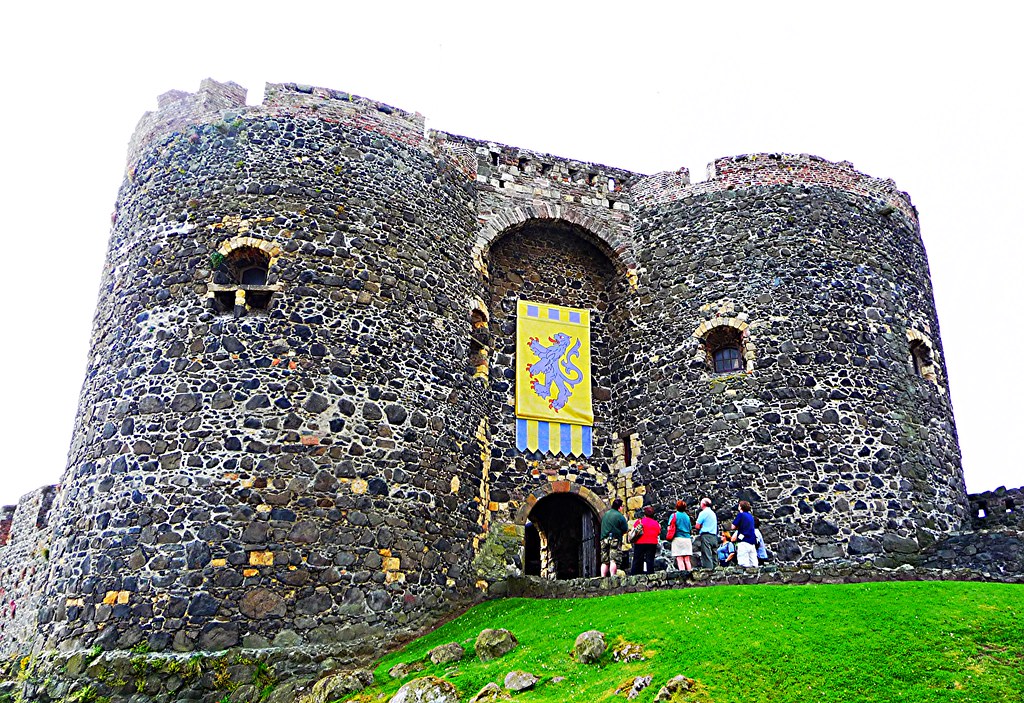 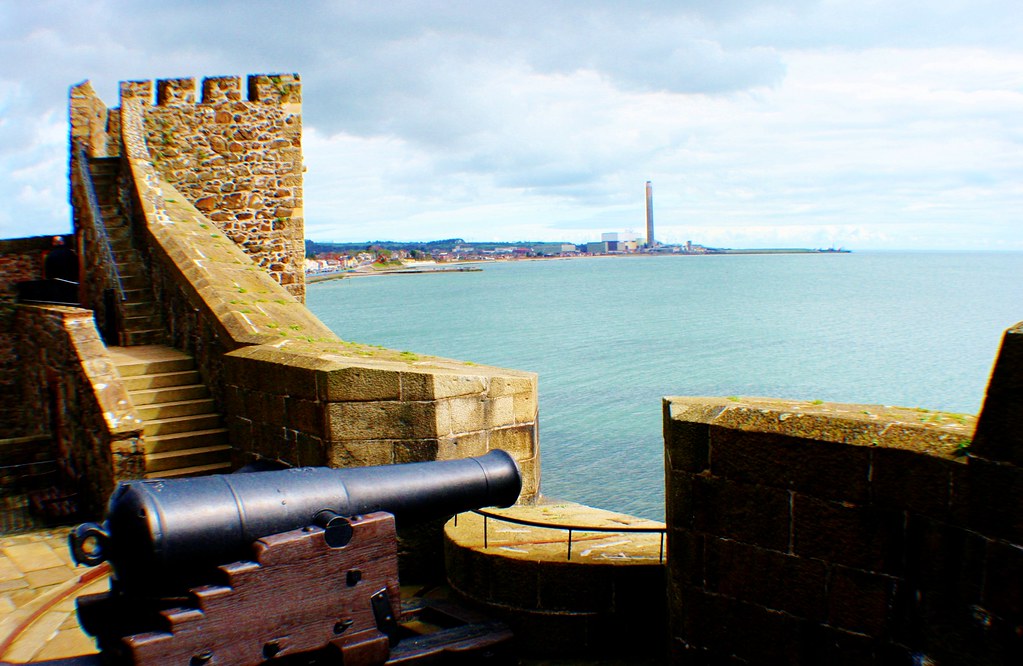