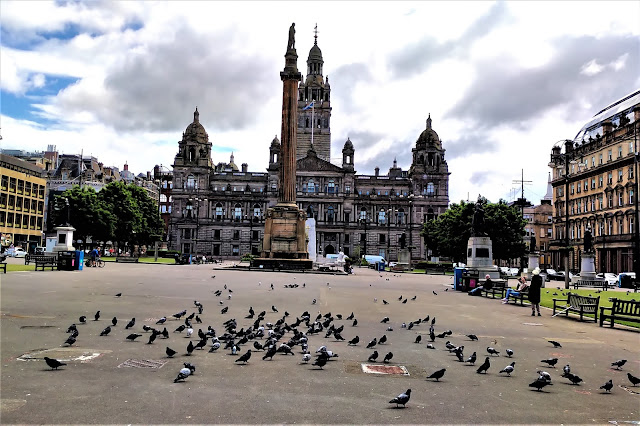 Above image is that of a deserted George Square in the city centre.

This morning, I embarked on a trip into the centre of Glasgow, Scotland in order to obtain a photographic record of the city in 'lockdown'.  With over 1,500 shops and ranking as the second largest retail centre in the UK, the city is usually buzzing with people. However, today was something of a surreal experience with over 90pct of retail outlets closed and the only activity being around banks and post offices outside which long 'conga lines' of people developed, albeit respecting the social distancing rules.

Here is a view of Buchanan Street, with a handful of pedestrians. Compare with image immediately below which was taken in 'normal times' from a similar standpoint. 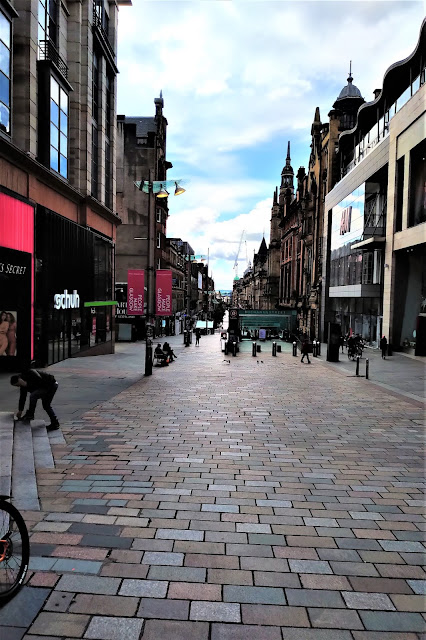 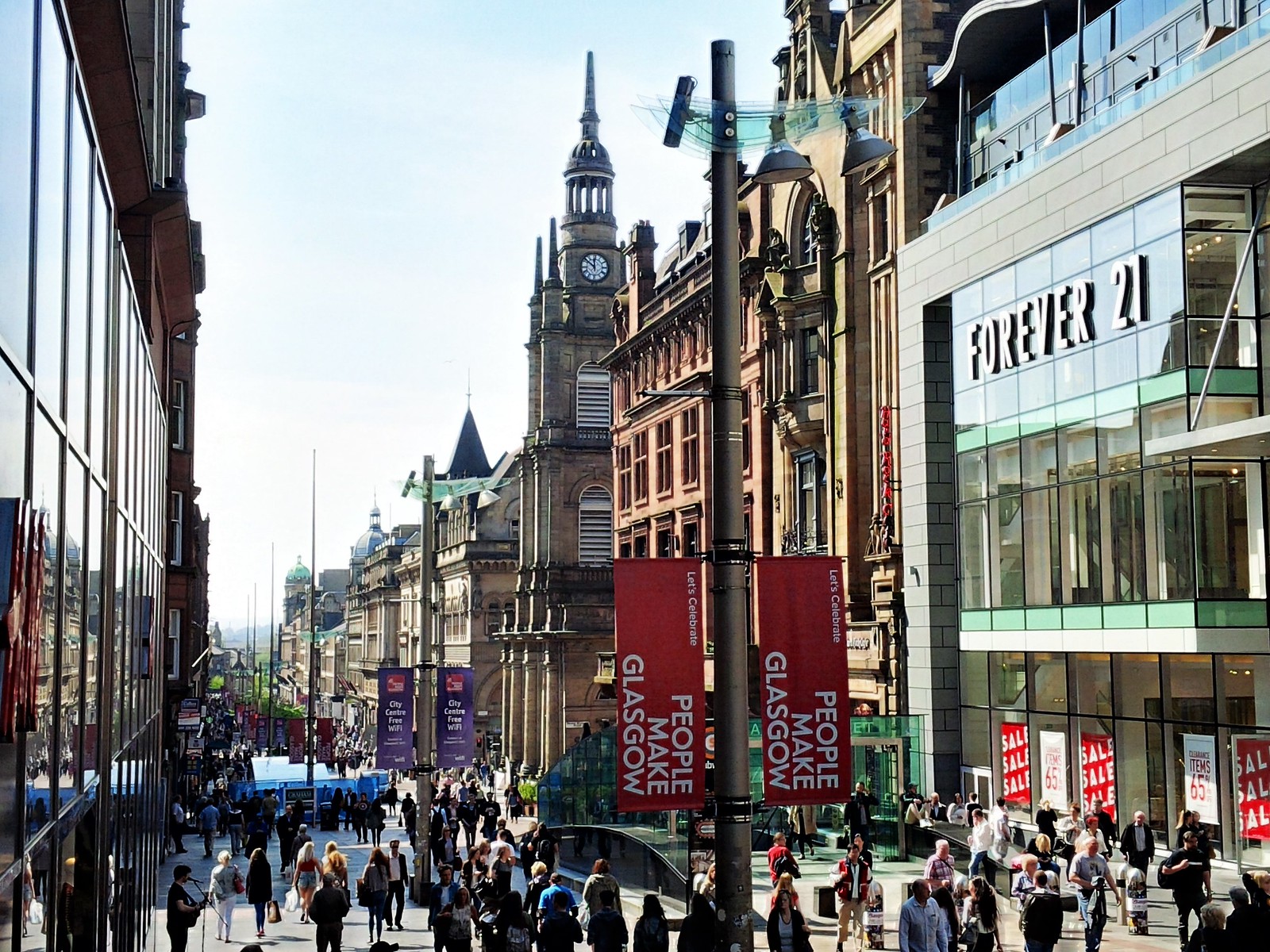 Here is an image of Argyle Street taken today followed by a library picture from the past. 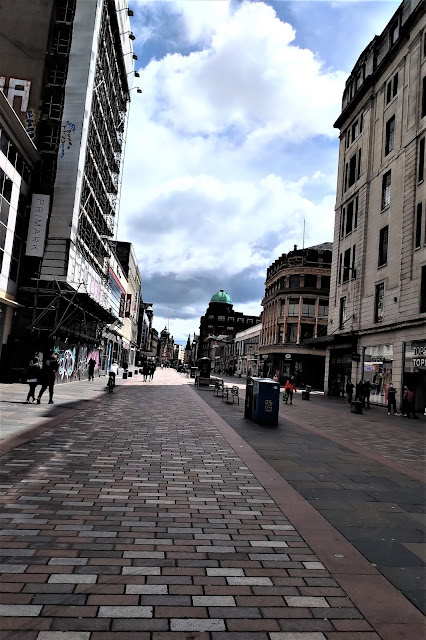 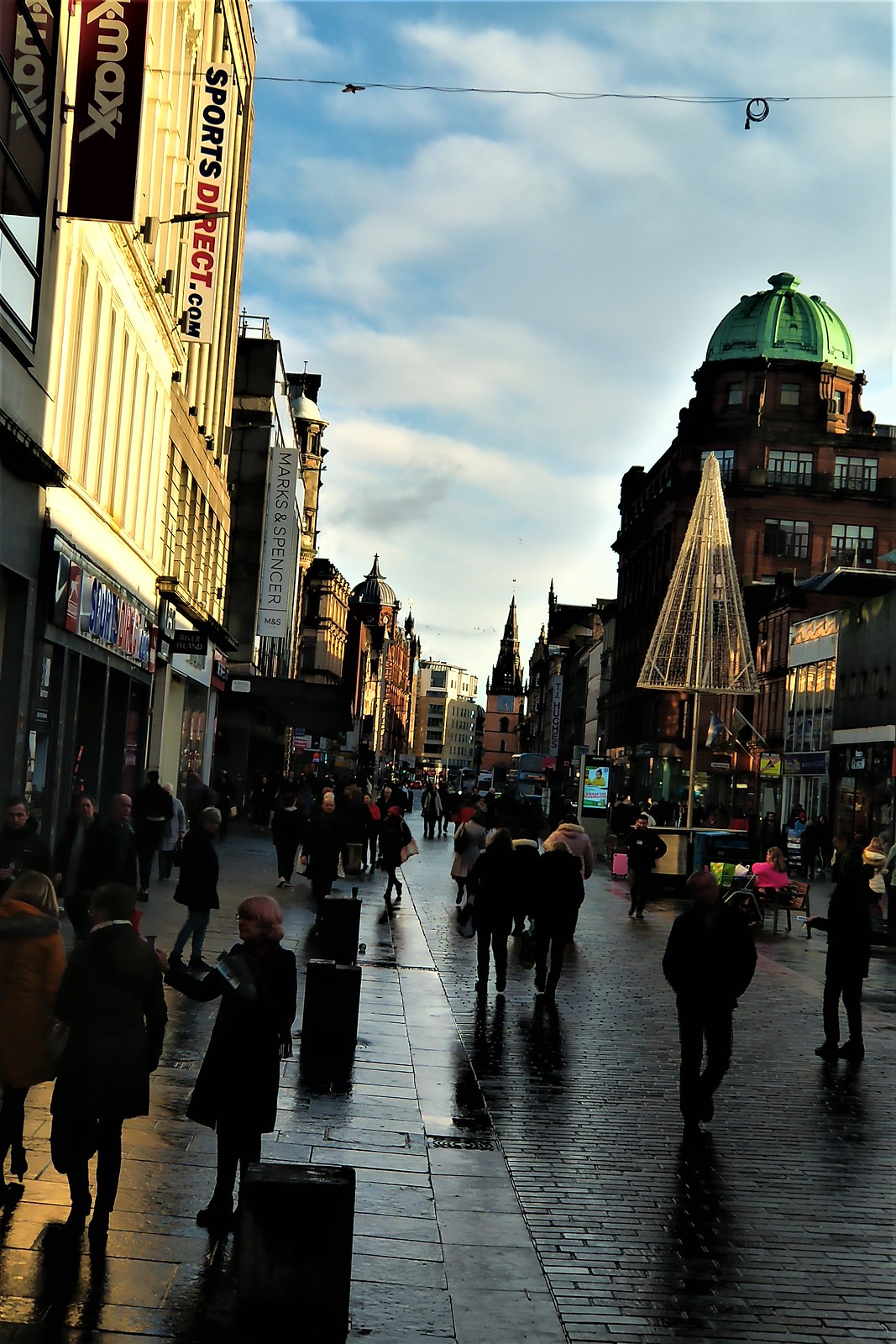 Long line of customers queuing outside bank in Argyle Street. 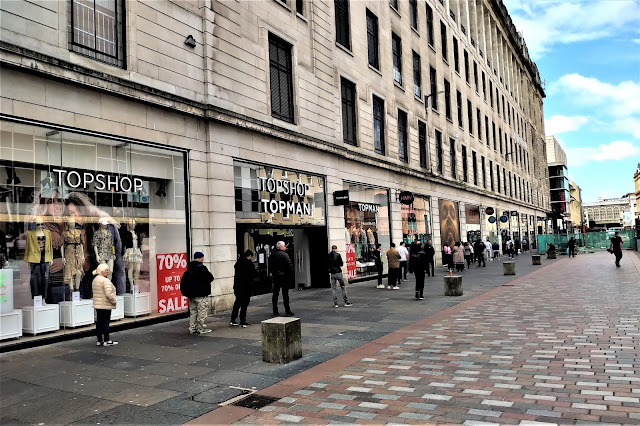 Below is image of the Gallery of Modern Art. To obtain this image I was able to stand in the middle of the road opposite, which is unthinkable in normal times. 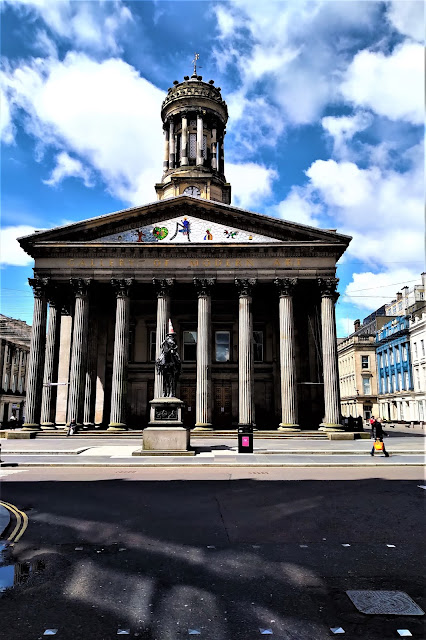 Another aspect of Buchanan Street with boarded up shops and negligible footfall. 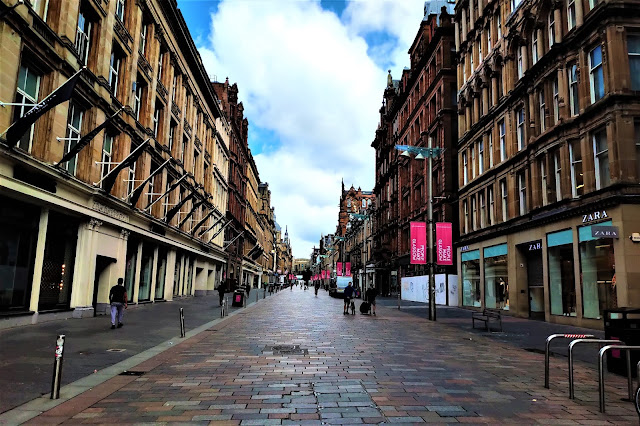 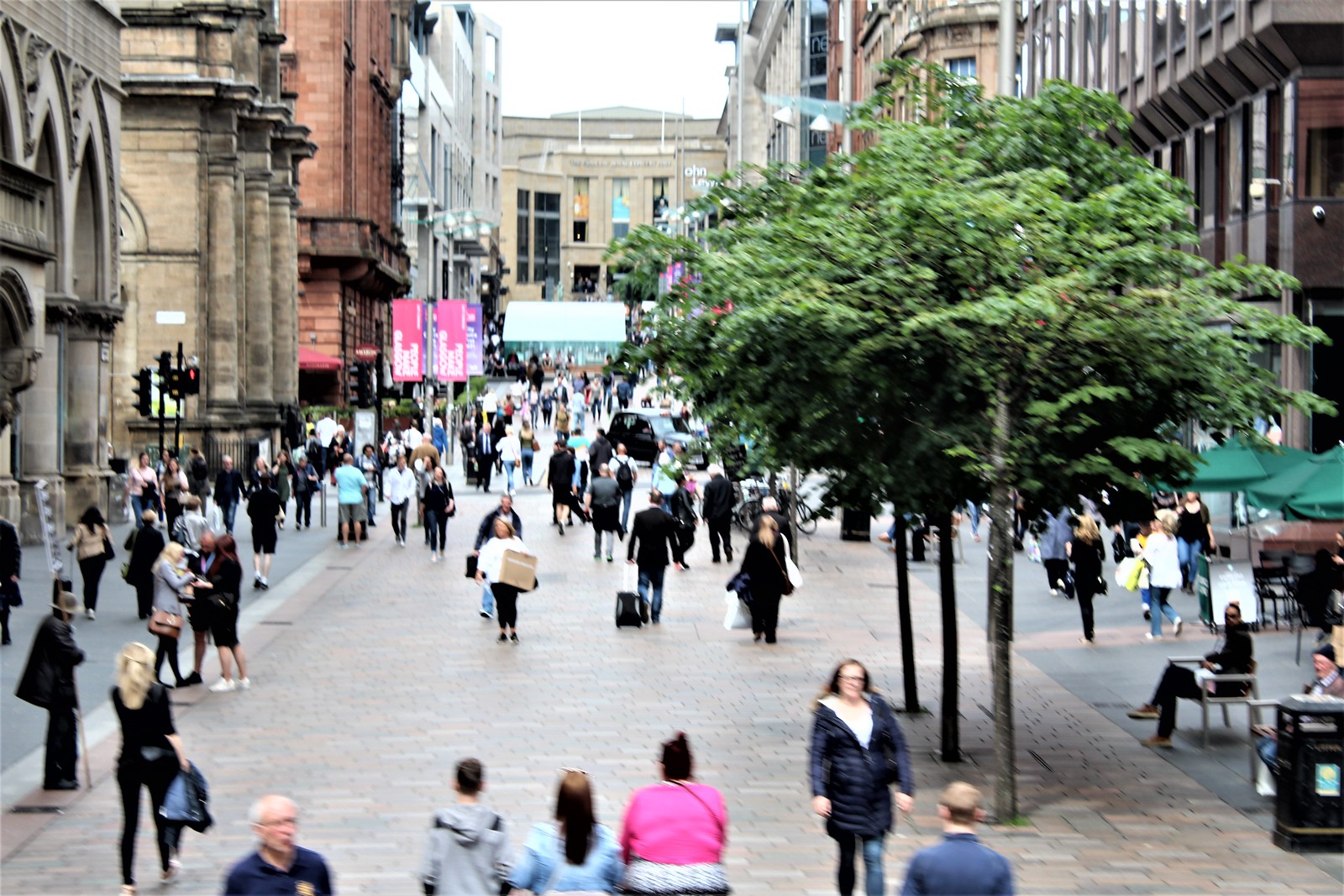 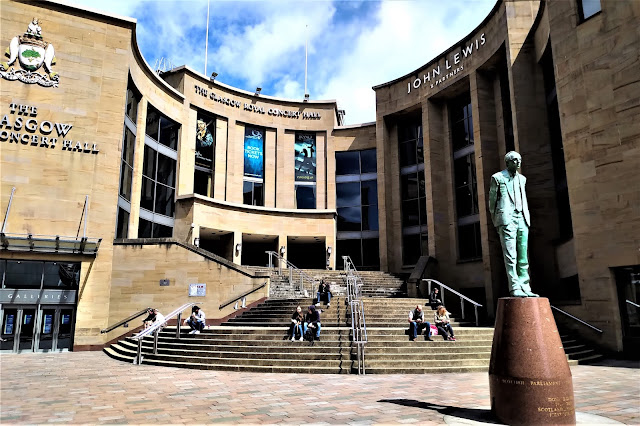