July 28, 2020
This afternoon I am 'over the moon'. This is because, about 20 years ago, I found a flint arrowhead when digging in our garden. I showed it to an archaeologist then put it away somewhere so safe I could not find it again-until today! Bingo. 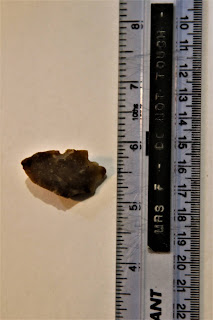 For reasons explained in the Archaeology Scotland information sheet below, flint was an important resource to prehistoric peoples.

How the artefact came to be in our garden is a mystery. As explained below, this type of quartz is very rare in Scotland with the nearest deposit being about 181 miles away in the N.E. Alternatively, the raw material could have:
There is always the possibility that a previous occupant of the property obtained the item and discarded it.

The quality of the arrowhead is poor. It has the basic shape characteristics but is either damaged or was never completed.We will never know.

It is nice to connect with the prehistoric period. About one mile away, in a public park, can be found 'cup marks' carved in exposed rock. These are impossible to date but are usually associated with the Neolithic period of about 5000 years ago. 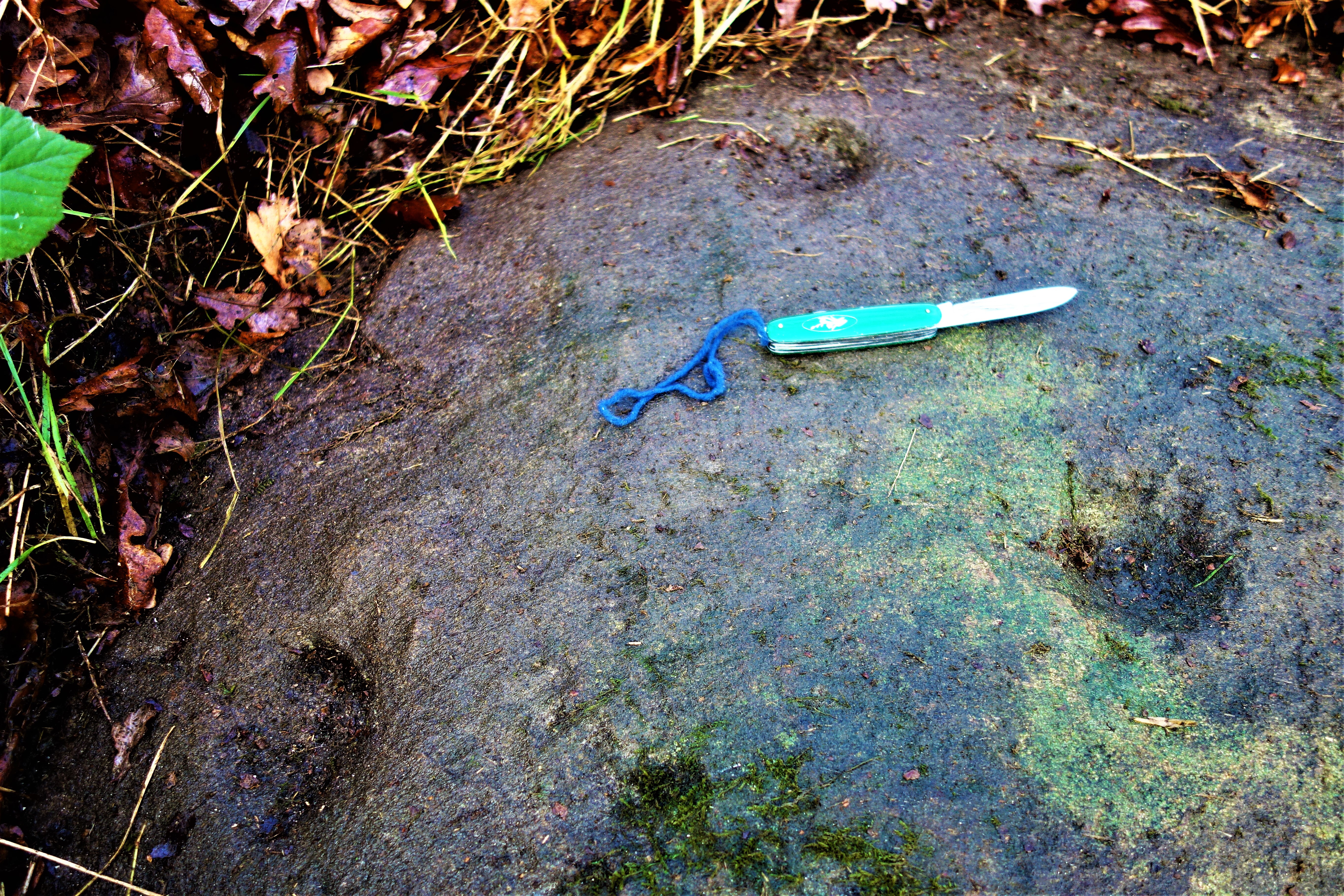 FANTASTIC FLINT –11 FANTASTIC FACTS
1·Flint is a mineral made from the remains of tiny fossilised marine creatures. It occurs within chalk beds, the chalk is formed from tiny shells, while the flint is formed from other types of marine organisms.·

2.The earliest settlers in Scotland were using flint tools during the period known as the Mesolithic 9,000 years ago. Flint and stone tools continued to be used throughout the Bronze Age and Iron Age and were still widely used for some purposes right up until Medieval times·

3.Specialist craftsmen evolved who were skilled in the art of making flint tools and are known as flint knappers.

4·Flint knappers were able to use their skills to make all types of tools from flint including knives, arrowheads and hide scrapers. They used small flakes of flint to form part of more complicated tools of two or more parts. These are called composite tools·

5 Flint was a valuable resource in Scotland, but it was not easy to find. Flint cobbles could sometimes be found on the beach·

6. Scotland’s only major source of flint was at Den of Boddamnear Aberdeen where archaeologists have found ancient flint mines dating back to the Neolithic Period·

7. As flint was difficult to get hold of, the resourceful prehistoric people were able to use other stones such as chert, bloodstone, and quartz to make tools and weapons·

8. Prehistoric people in Scotland may have traded in order to get flint from other parts of Britain. Beach flint which originated mainly in the South of England has been found at sites in Scotland·

9.People began to use metal in Scotland during the Bronze Age. This did not mean however, that people stopped using stone tools. Stone was much easier to come by than metal and flint was more effective for making detailed tools and weapons such as arrowheads·

11.A handful of modern day flint knappers are keeping alive the ancient techniques developed by our inventive ancestors!