Newcastle-upon-Tyne: An example of dynamic regeneration in N.E. England

This evening, I am focusing on a what I find to be a stunning piece of post-industrial city architecture as manifested in the waterfront at Newcastle on Tyne (pop 268,000 ) and Gateshead (pop 202,000) in North East England.

Newcastle has a history dating back 1800 years as it is on the line of Hadrian's Wall which was built by the Romans in the 2nd century AD.

To an extent the regeneration of Newcastle/Gateshead is similar to developments at my home base of Glasgow, a city which shares a similar, traditional heavy engineering and shipbuilding heritage dating back to the Industrial Revolution in the 18th century.

The waterfront at Newcastle/Gateshead has been transformed into a dynamic, visitor friendly environment helped by some very innovative architecture and design illustrations of which are provided above and below.

Above is the Gateshead Millennium Bridge, designed for pedestrians and cyclists by architects, Wilkinson Eyre and engineers, Gifford.

Below is the The Sage, Gateshead. This is a centre for musical education, performances and conferences. Made from curved glass and stainless steel. Designed by structural engineers,Foster & Partners, Buro Happold with Mott MacDonald (building services) and Arup (acoustics).

This is the famous Angel of the North. Although some distance from the waterfront I am including in this post because of the importance of this popular piece of public art in context of the regeneration and reinvention of the North East. The  steel structure is the work of Antony Gormley, dates from 1998, is 20m high and weighs 200 tonnes. Also a visitor attraction.

Angel of the North, Gateshead,

Here is the Baltic Centre for Contemporary Arts which started life as a flour mill in 1950 and was subsequently converted to an arts centre in 2002. Architect responsible for the conversion was Dominic Williams of Ellis Williams Architects. 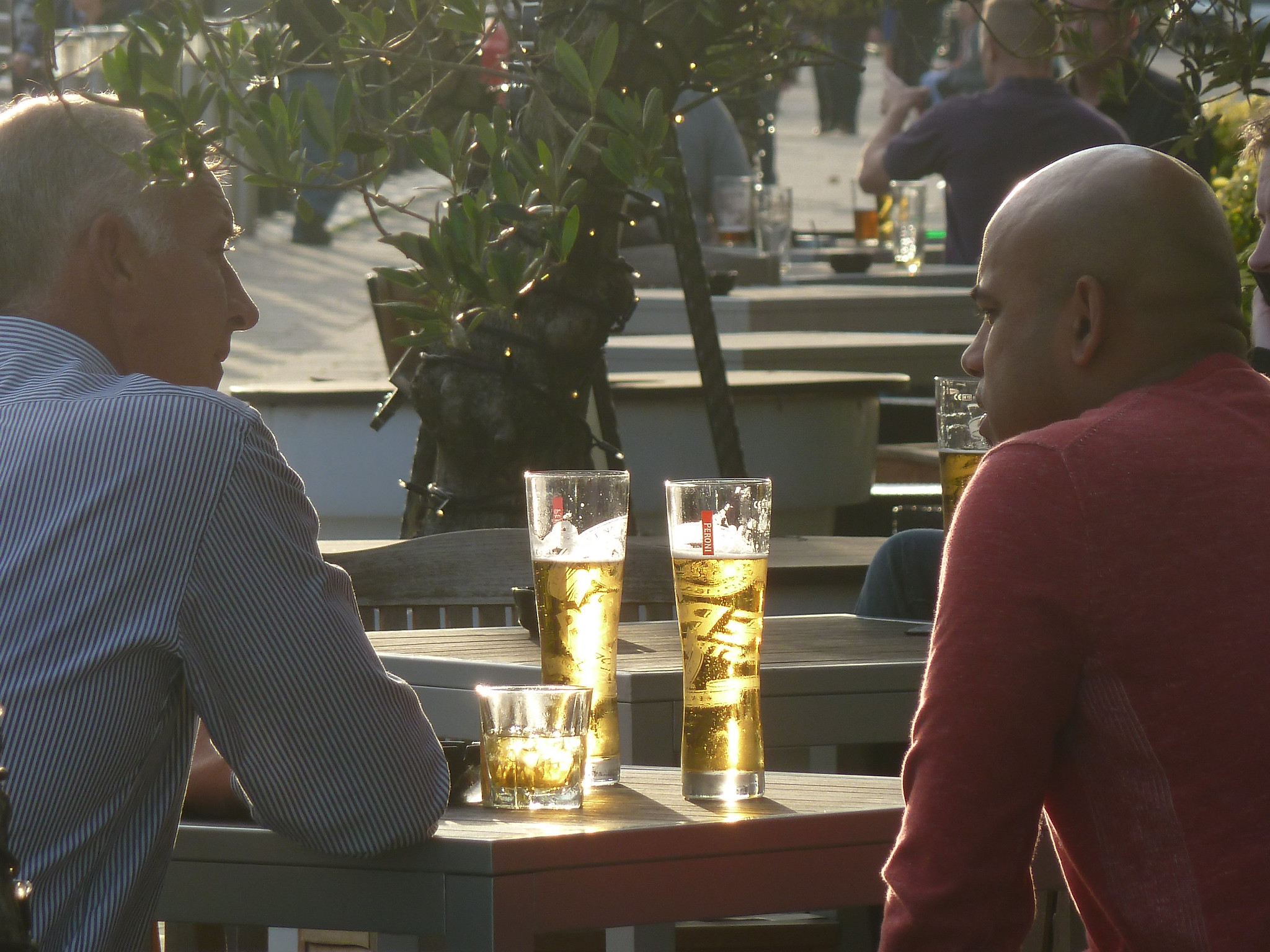 Refreshment on the Newcastle waterfront 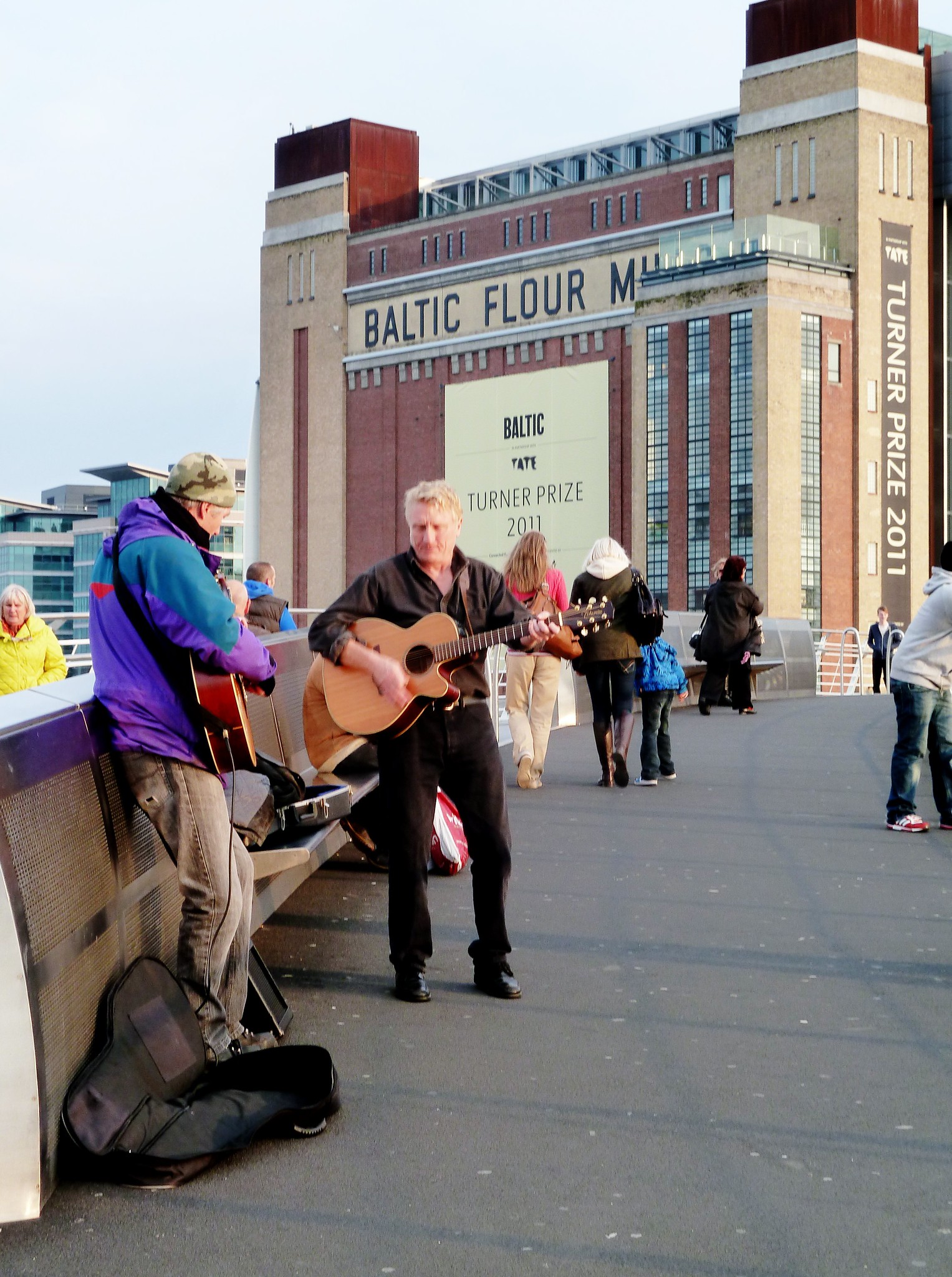 Here is an image of the seven bridges over the River Tyne at the Newcastle waterfront.

Bridges over River Tyne at Newcastle

Here is an interesting but, apparently, anonymous, building at the waterfront, I have been unable to find its name or function.

This swing bridge dates from 1876 and represents the latest in a succession of bridges at this crossing dating back some 800 years, and possibly back to Roman times. It operates using electrically driven hydraulic pumps. Built to accommodate shipping traffic associated with Newcastle’s shipbuilding industry.

Finally, here is an image of what appears to be a forest of bridges, taken from the Gateshead side of the river.

The civic authorities in the locality have done an excellent job in building on the long industrial history and heritage of the region to produce an impressive and diverse waterfront fit for the 21st century.