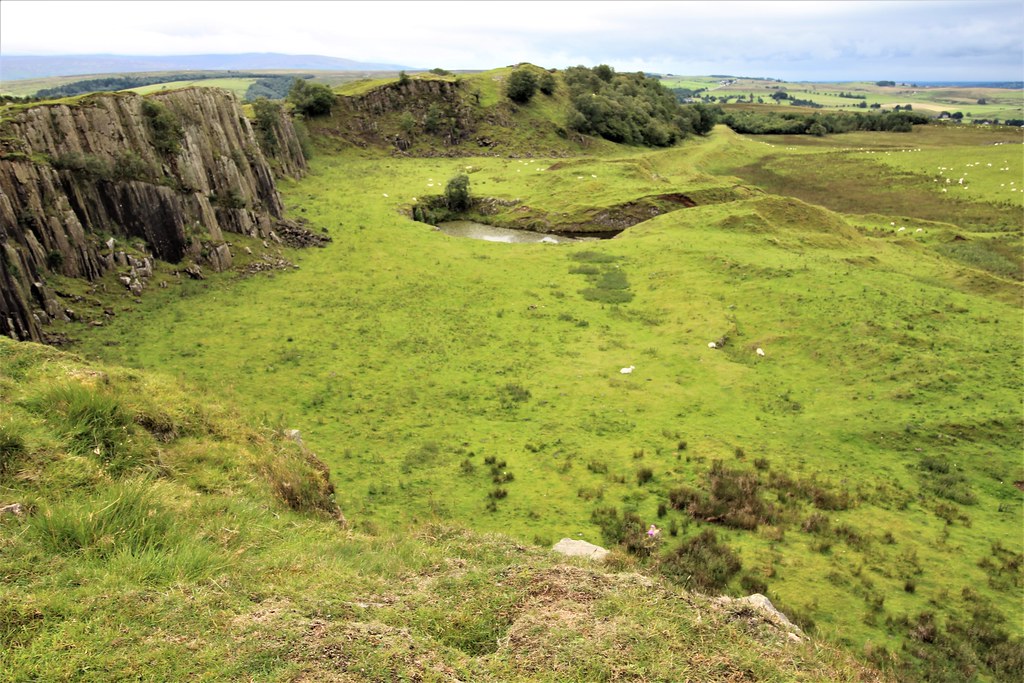 Illustration of escarpment upon which the wall was built
Today, I covered what was, ostensibly, an eight mile section which seemed much longer in practice. It actually took me about six hours to move from Steel Rigg to Gilsland. There are a couple of factors to consider here:
The key plus factor today was the extent of wall preservation in these remote areas allied with outstanding views over the rugged landscapes. 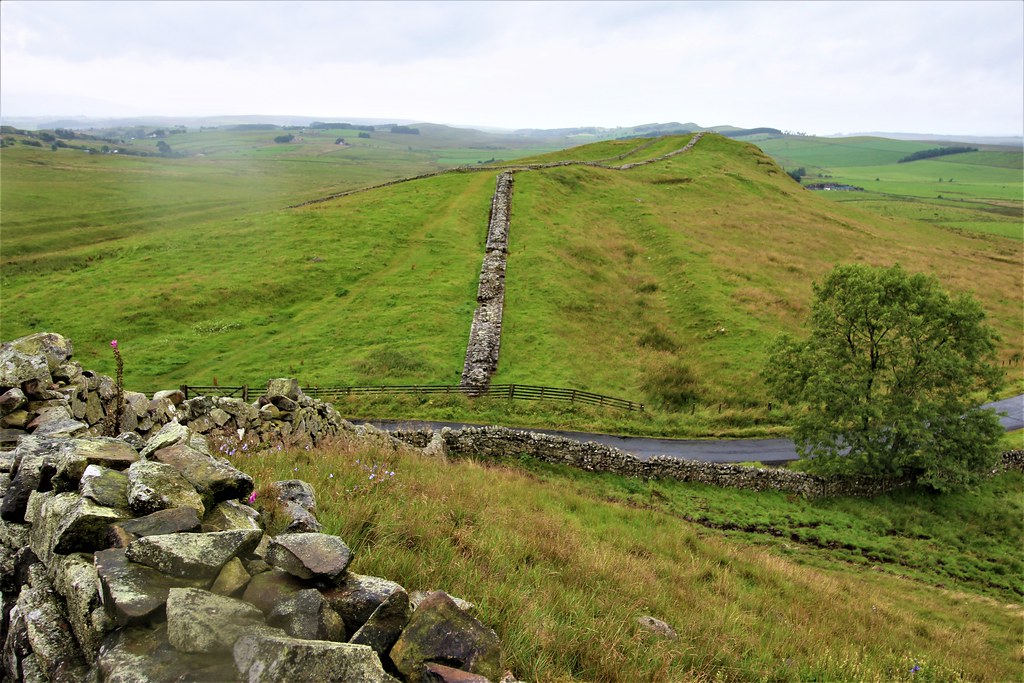 Wall and vallum
Today's experience also brought home the scale of what the Romans achieved in such a relatively tight timscale. Quarrying, transporting and assembling the vast quantities of stone is, of course, to be applauded but in tandem with that exercise was the construction of a 20 ft wide and 10 ft deep vallum (or ditch) as an extra defence immediately to the north of the wall.This was hacked out of soil and rock by teams of professional soldiers using muscle and shovels.Some stretches of the vallum remain in pristine condition but in other parts some silting has occurred.I don't think the photography does justice to the scale of the vallum achievement.
Until today, I had taken from reference material that the wall project took 10,000 men 10 years to complete which does not seem unreasonable but today I read on an information board that the project took six years, which seems very stretching. Bear in mind that, due to winter conditions, all year working would not be possible.
To put the wall building in context, to my mind it ranks as the single largest construction/engineering project undertaken in Europe (if not the world) from the first millennium until the advent of the canal and railway building booms of the 18th and 19th centuries. Of course the wall project was initated under a military dictatorship (Rome) which no doubt helped concentrate the minds of the construction teams. 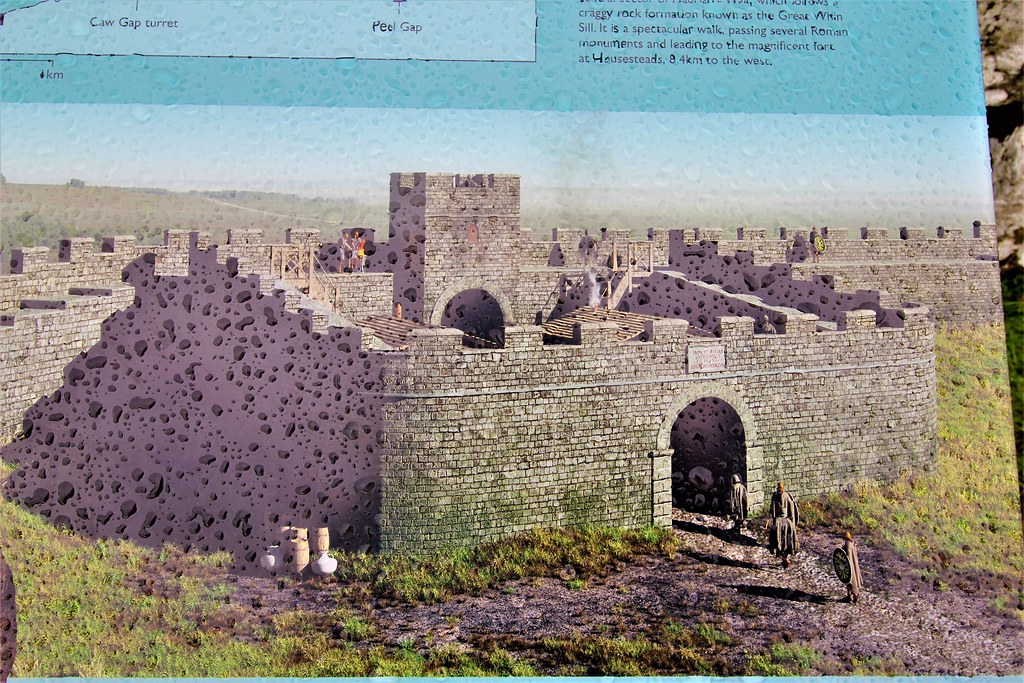 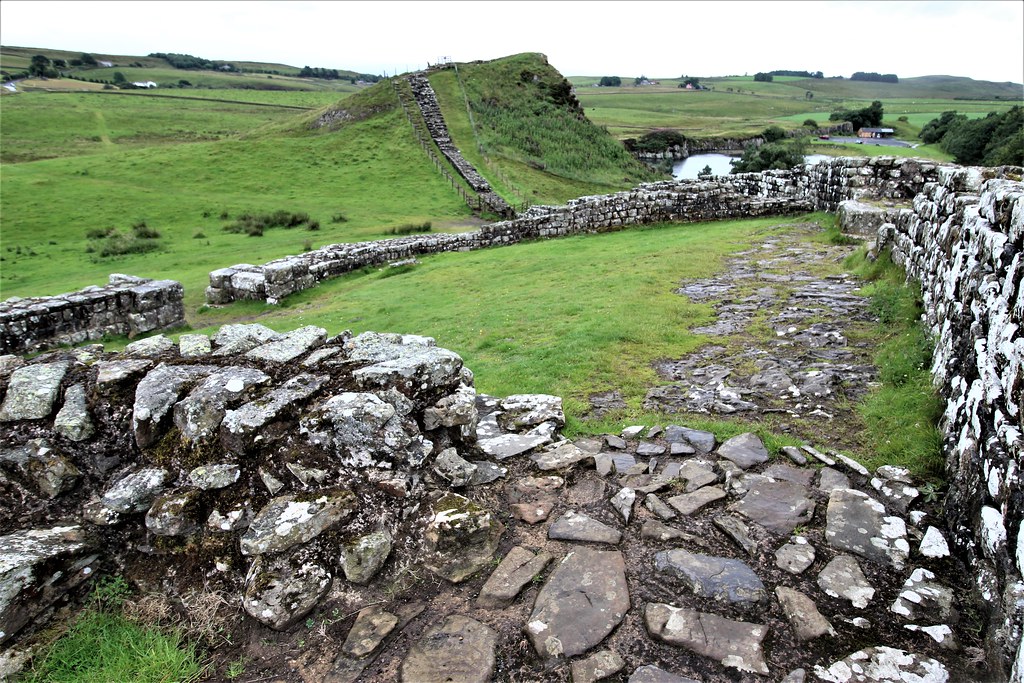 Cawfieds Milecastle today, in context of the landscape 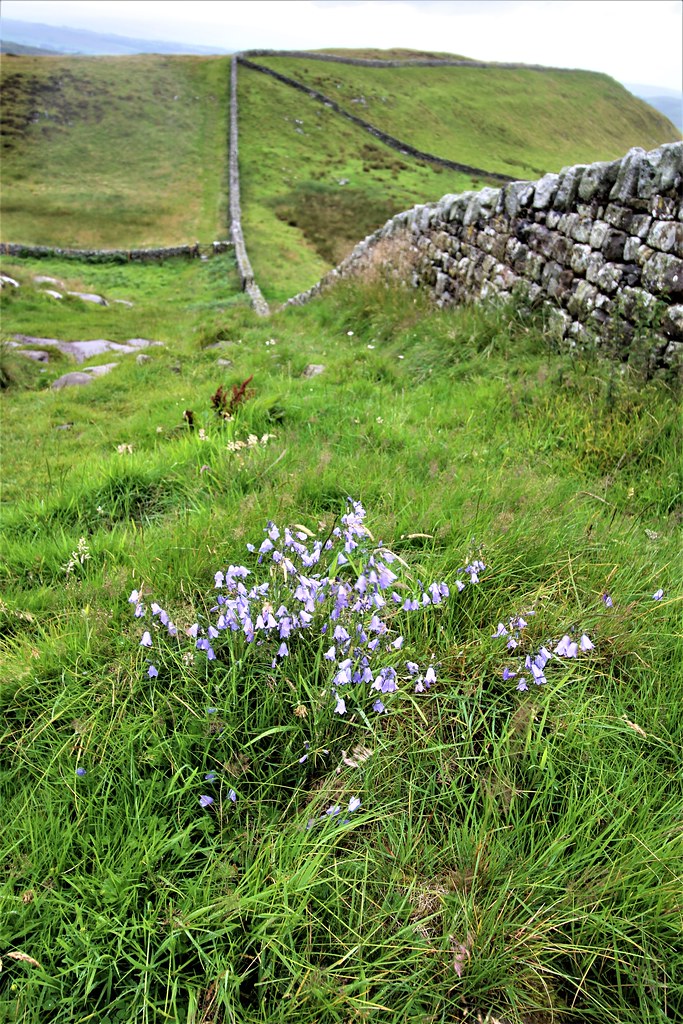 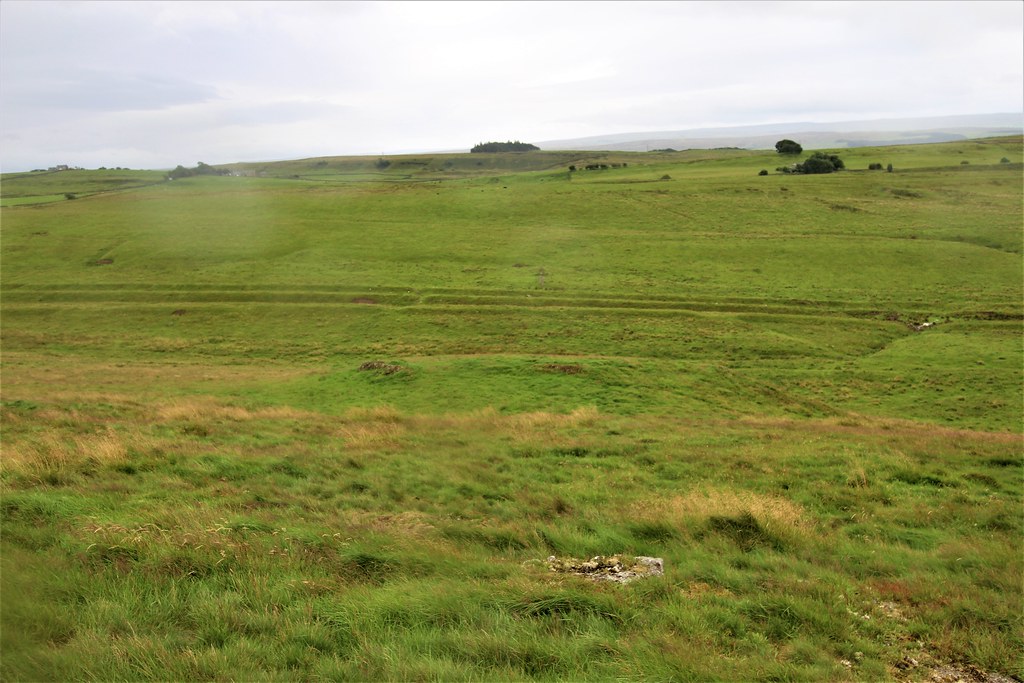 Above image is looking south from the wall, an area which was ostensibly already under Roman control. Note 'tramlines' in centre of image.. This is, in fact, a vallum type defence which stretched over a long distance. This could indicate the Romans did not feel totally secure from their base in the south and/or a physical statement that the wall was strictly a military zone.