Today represented the final day (Day 4) of my hike along the West Highland Way. I am contemplating returning in the near future to complete the second half, all the way up to Fort William,which may take another four days.

As anticipated, today's leg proved very arduous. covering 13 miles over 8.5 hours most of which was characterised by heavy rainfall resulting in a very sodden hiker for a second day running.  Moreover, the underlying trail was very tough in parts entailing rock scrambling over long distances with the heavy rain adding another dimension to the physical challenge.

The trail (alongside the east bank of Loch Lonmond) passes through extensive natural oak woodland which hosts bird and animal wildlife. Most famous are the wild goats which I was fortunate to encounter.This is also a Site of Special Scientific Interest which is subject to a major replanting programme to secure its future.

Key memories from today include multiple waterfalls and streams rushing off the mountain (mainly Ben Lomond), lots of scenic landscapes, a family of feral goats, what appeared to be a WW2 gun platform and a derelict cottage possibly dating back hundreds of years. 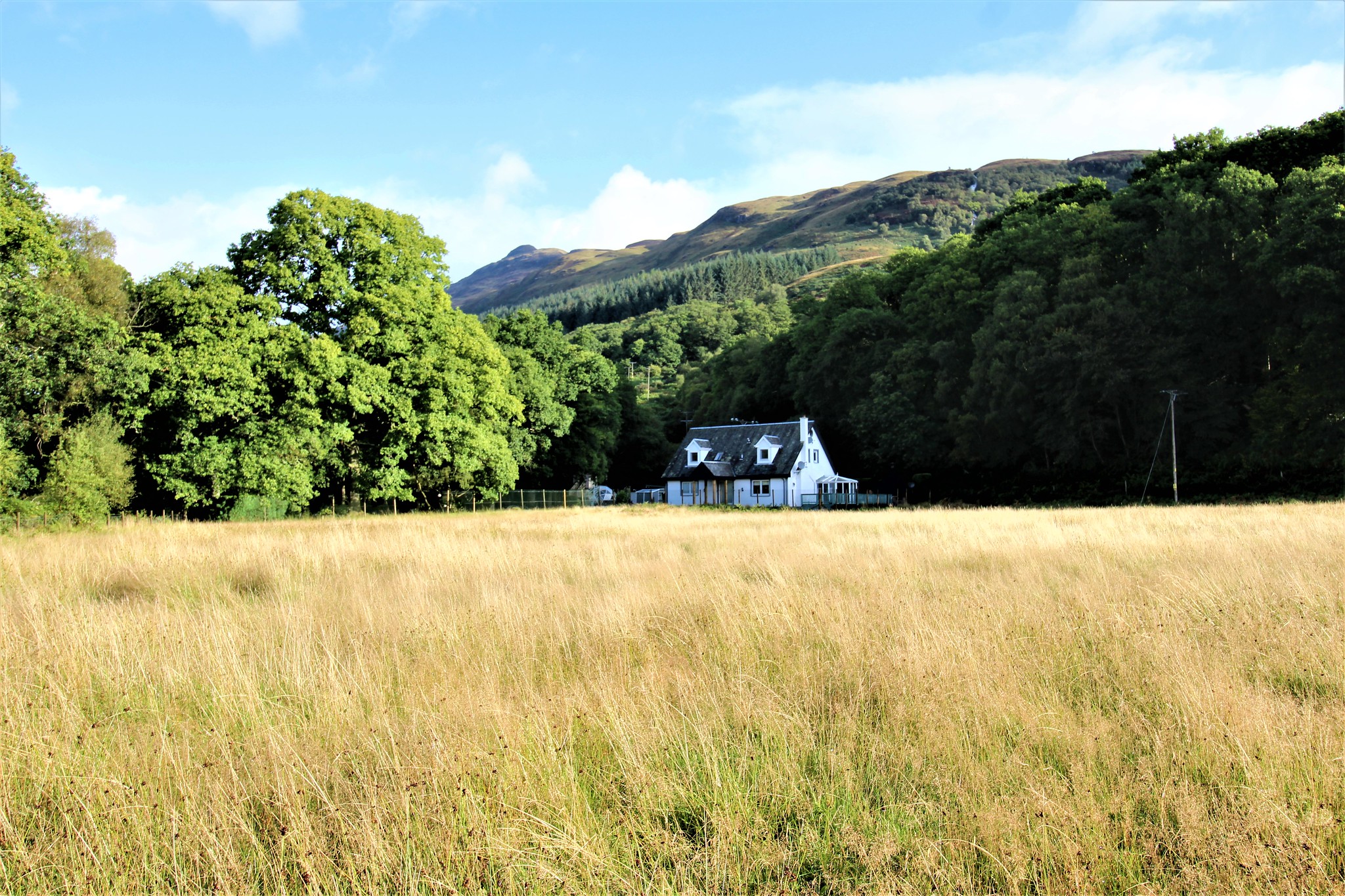 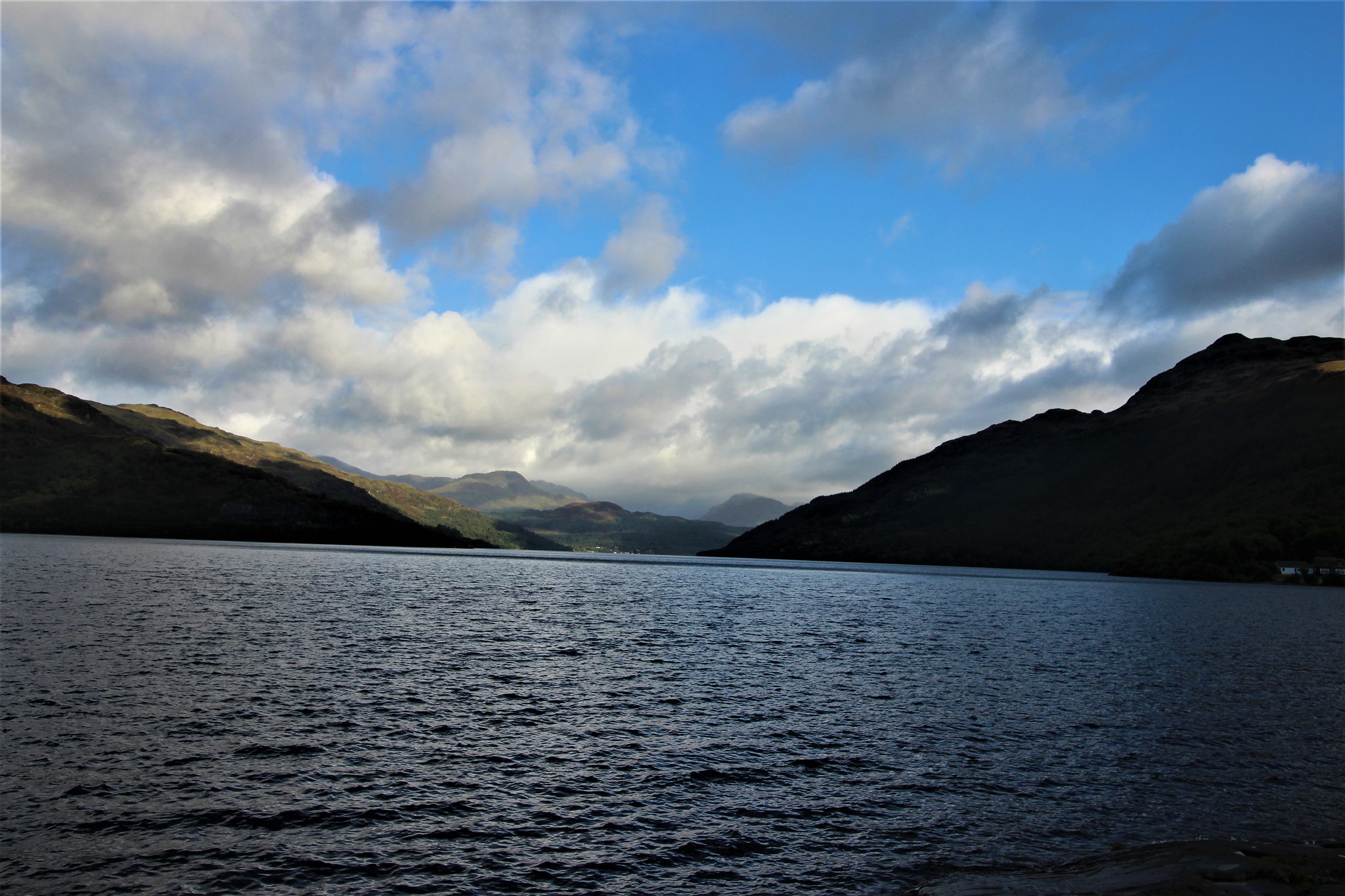 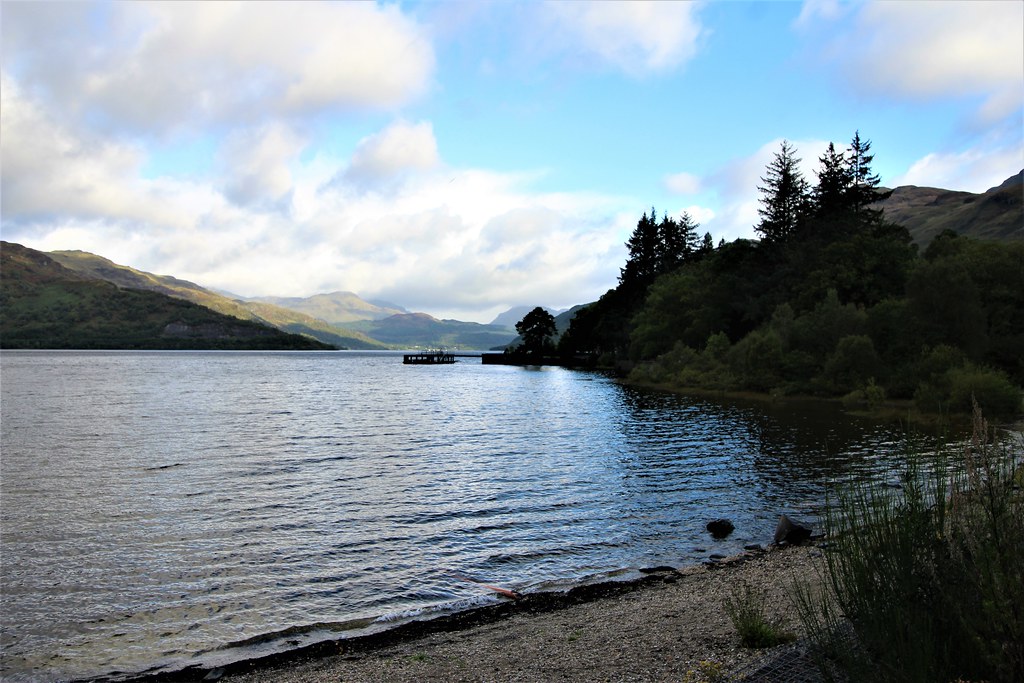 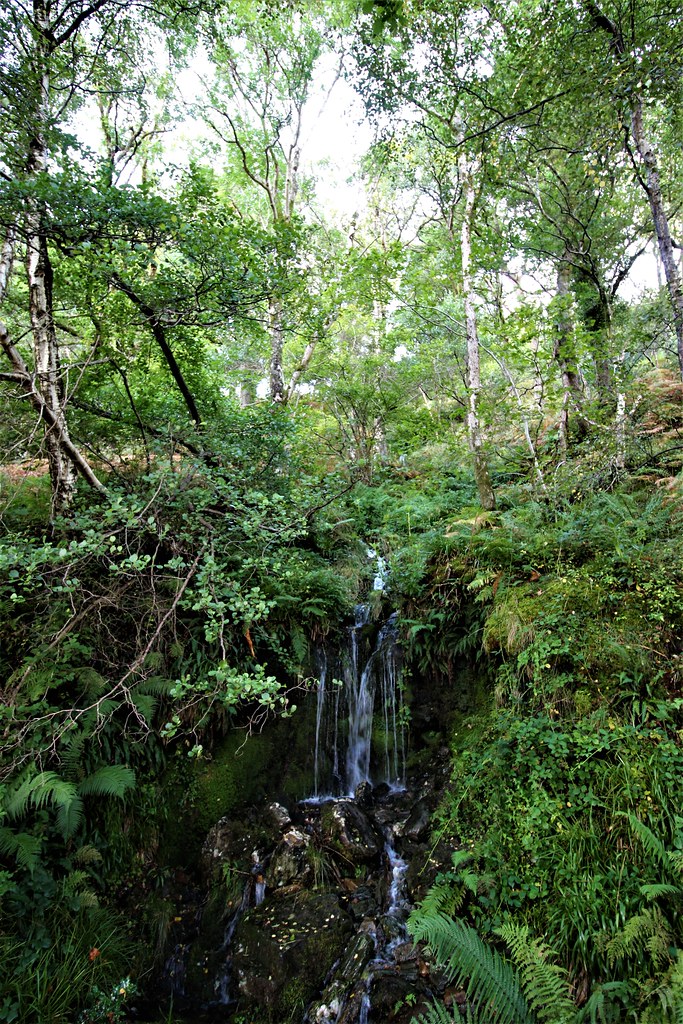 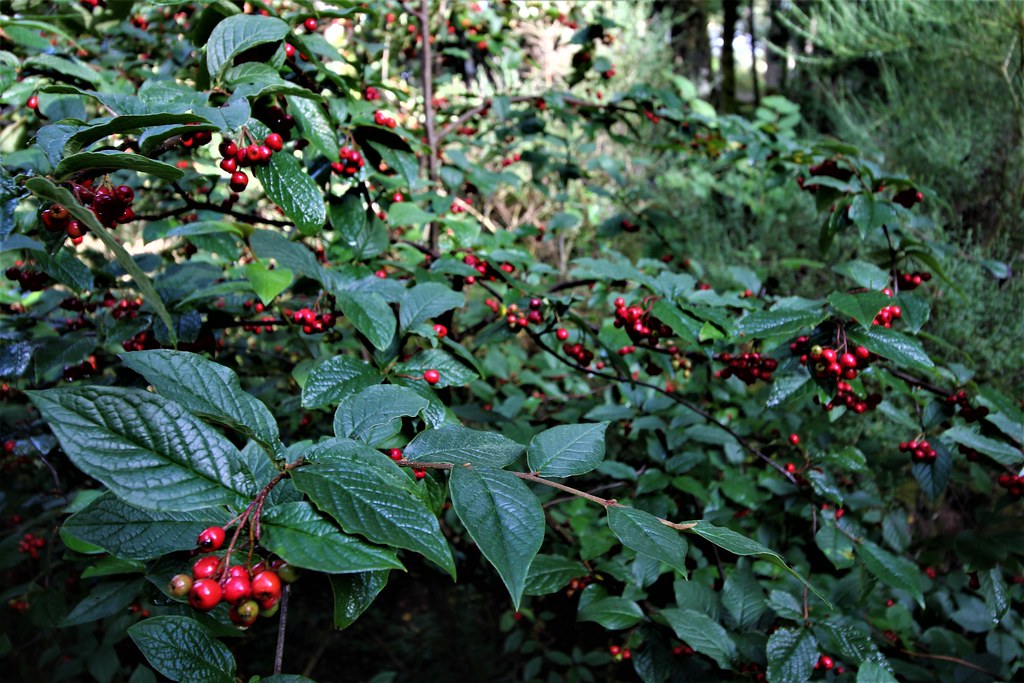 Camper. This is the only 'wild camper' I encountered over the entire trip. 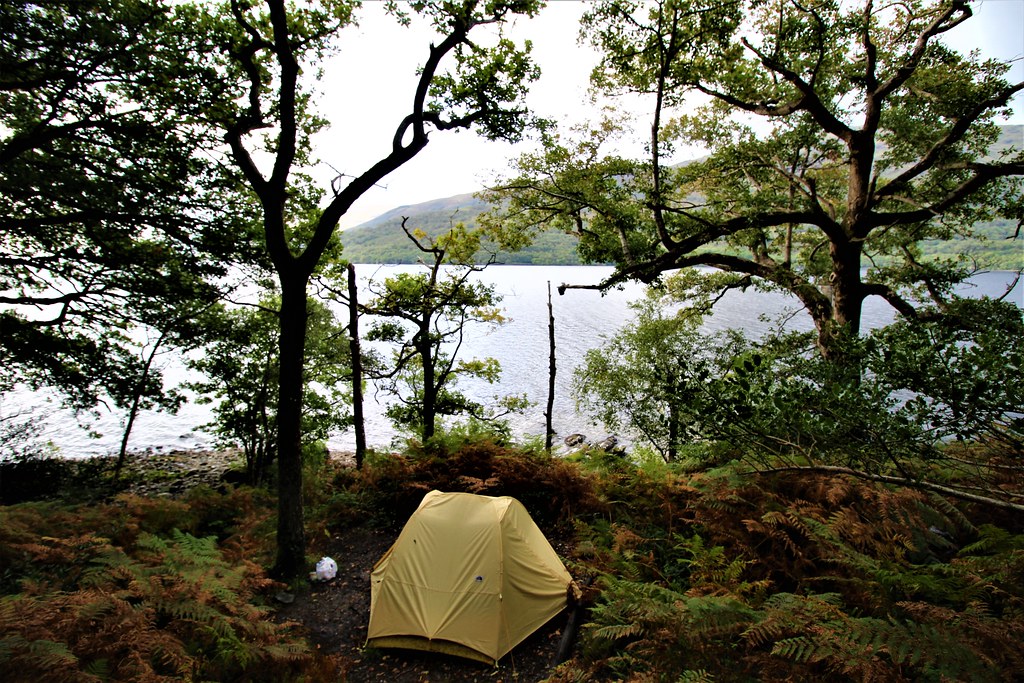 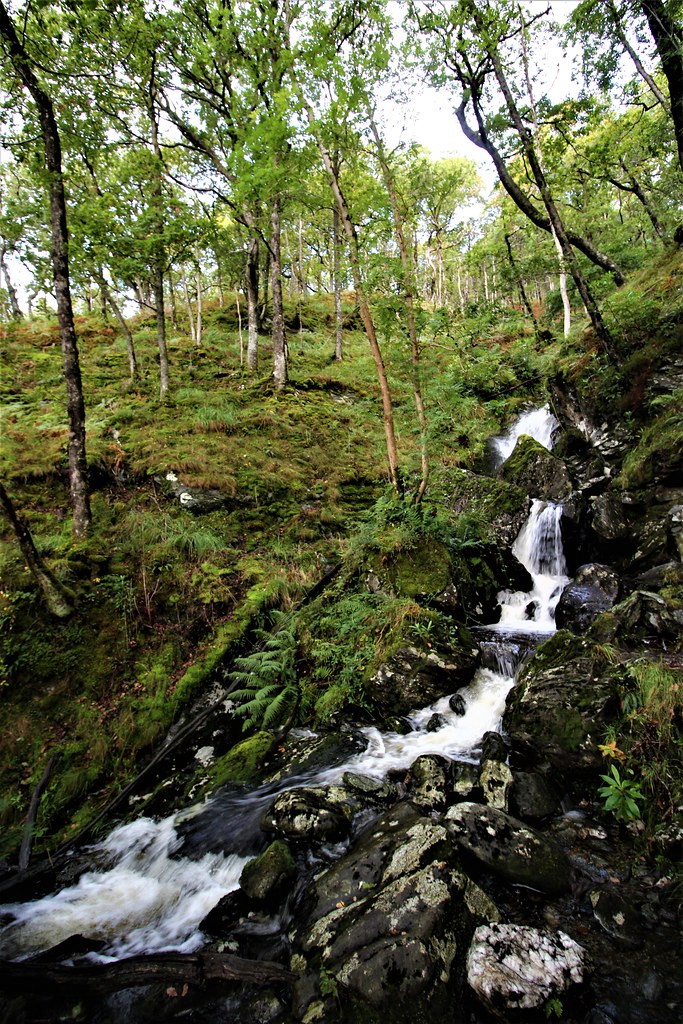 View west, across the loch with Beinn Ime (Mountain) in distance. 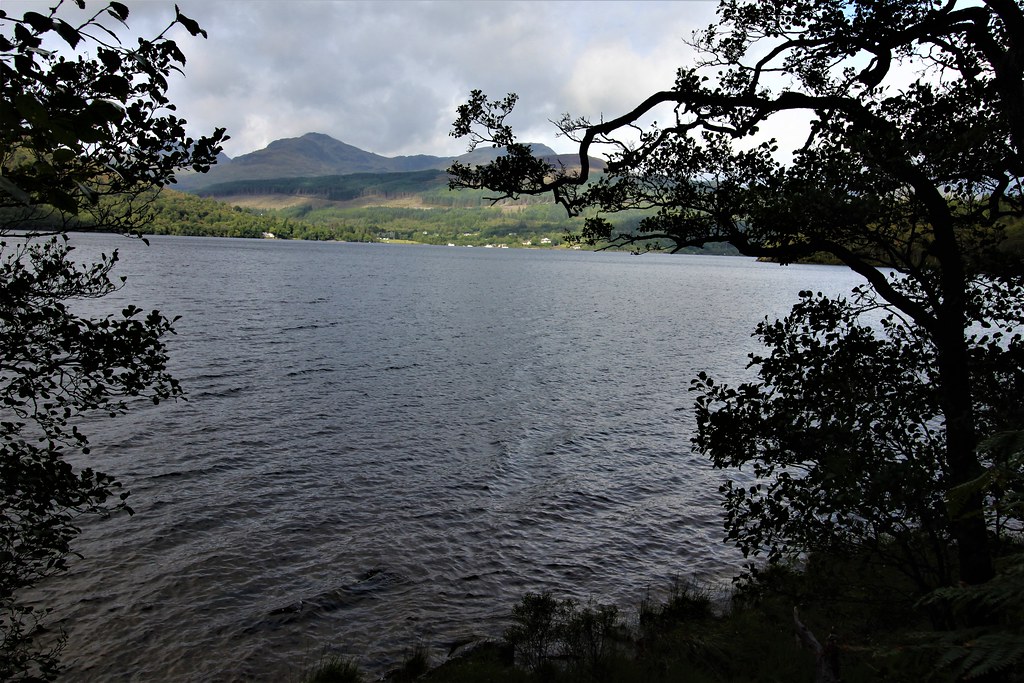 View across loch with Arrochar Alps in distance. 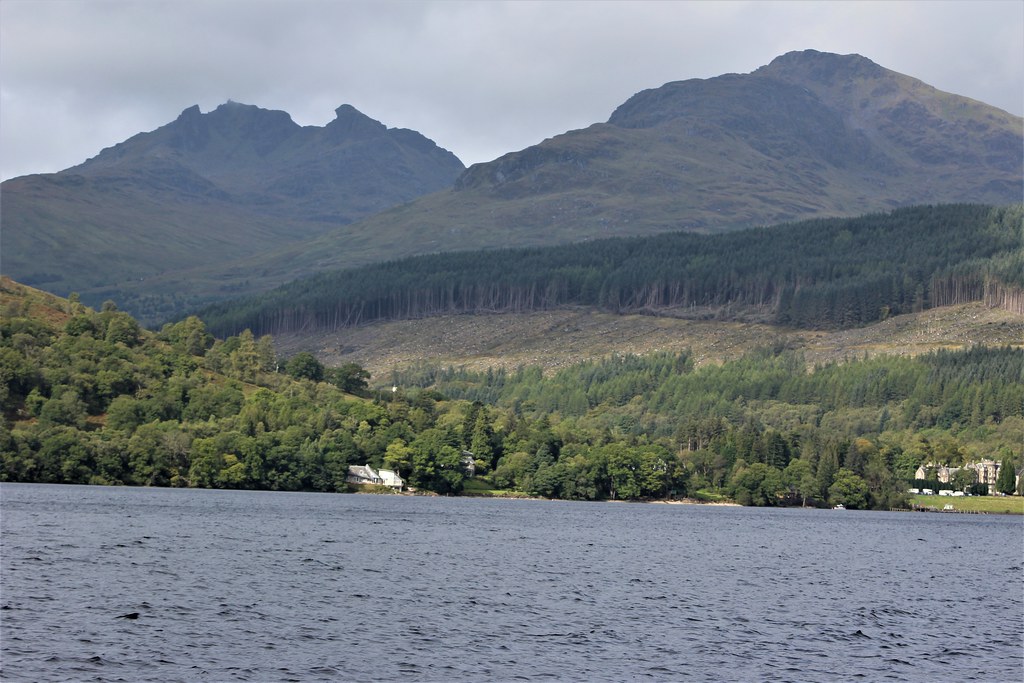 View of Tarbet on western side of the loch with Arrochar Alps in distance. 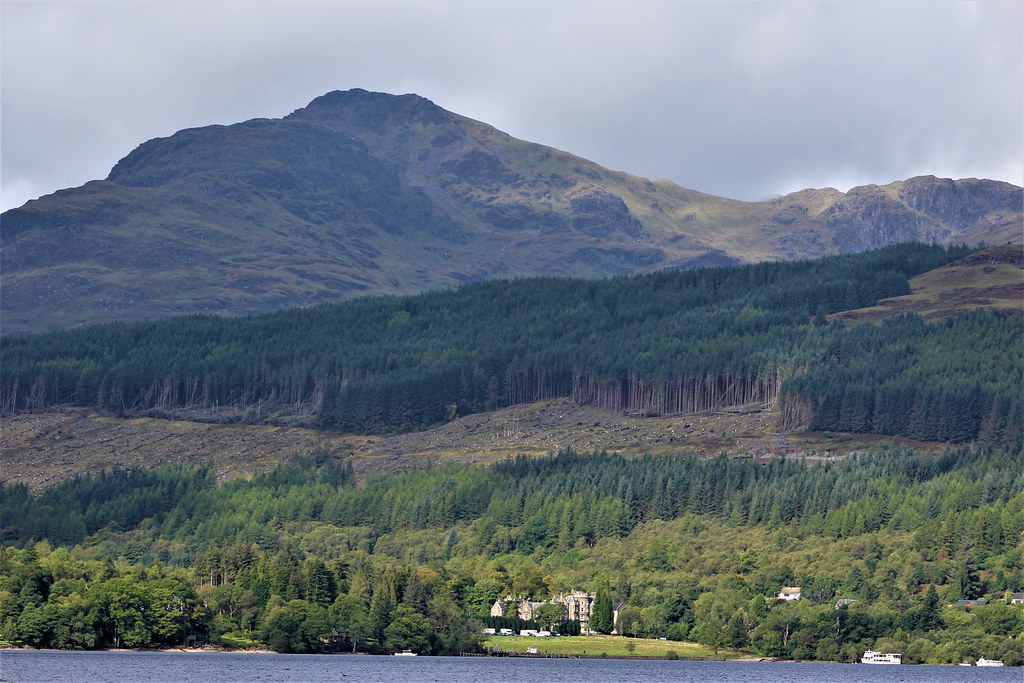 Pleasure boat on the loch 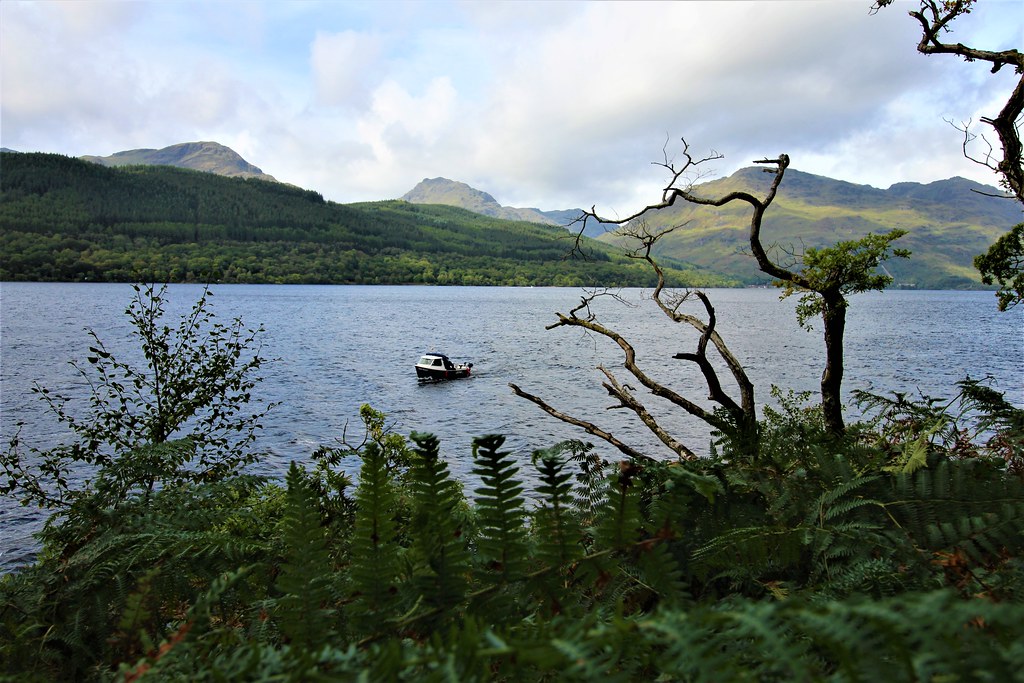 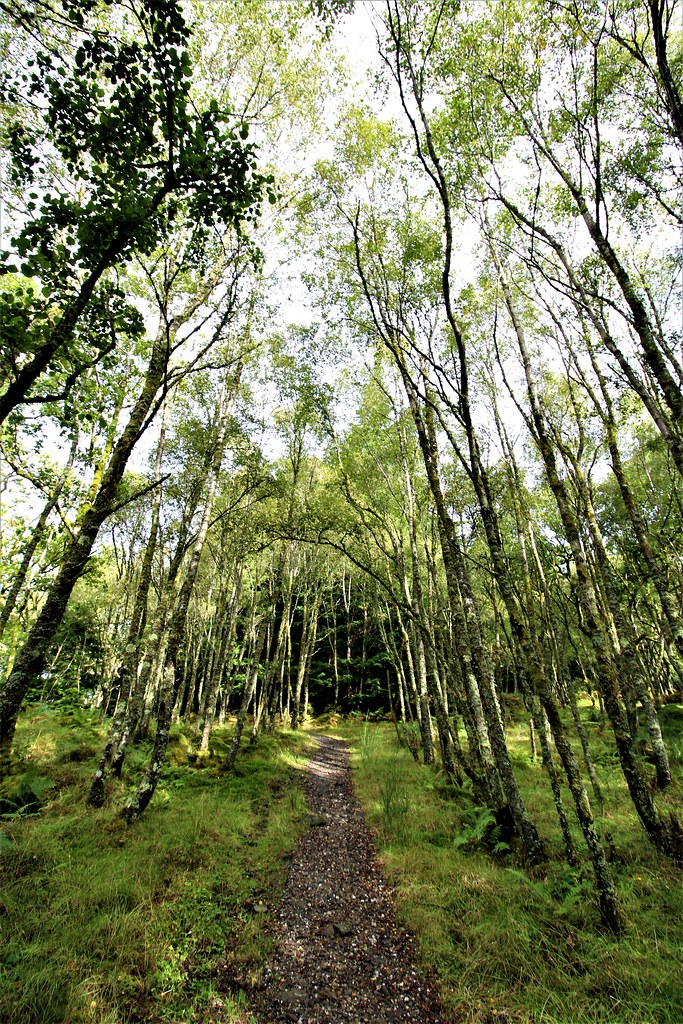 Ruins of what appears to be an ancient cottage. This could date back to the 1700s. 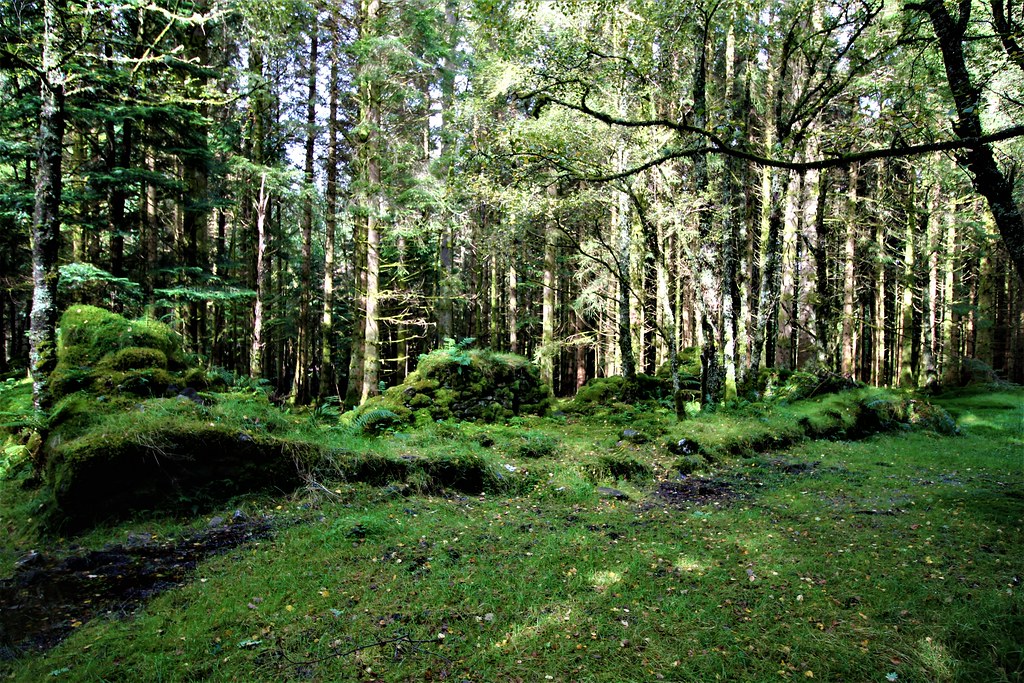 Fungi of which there are 15,000 species in Britain. 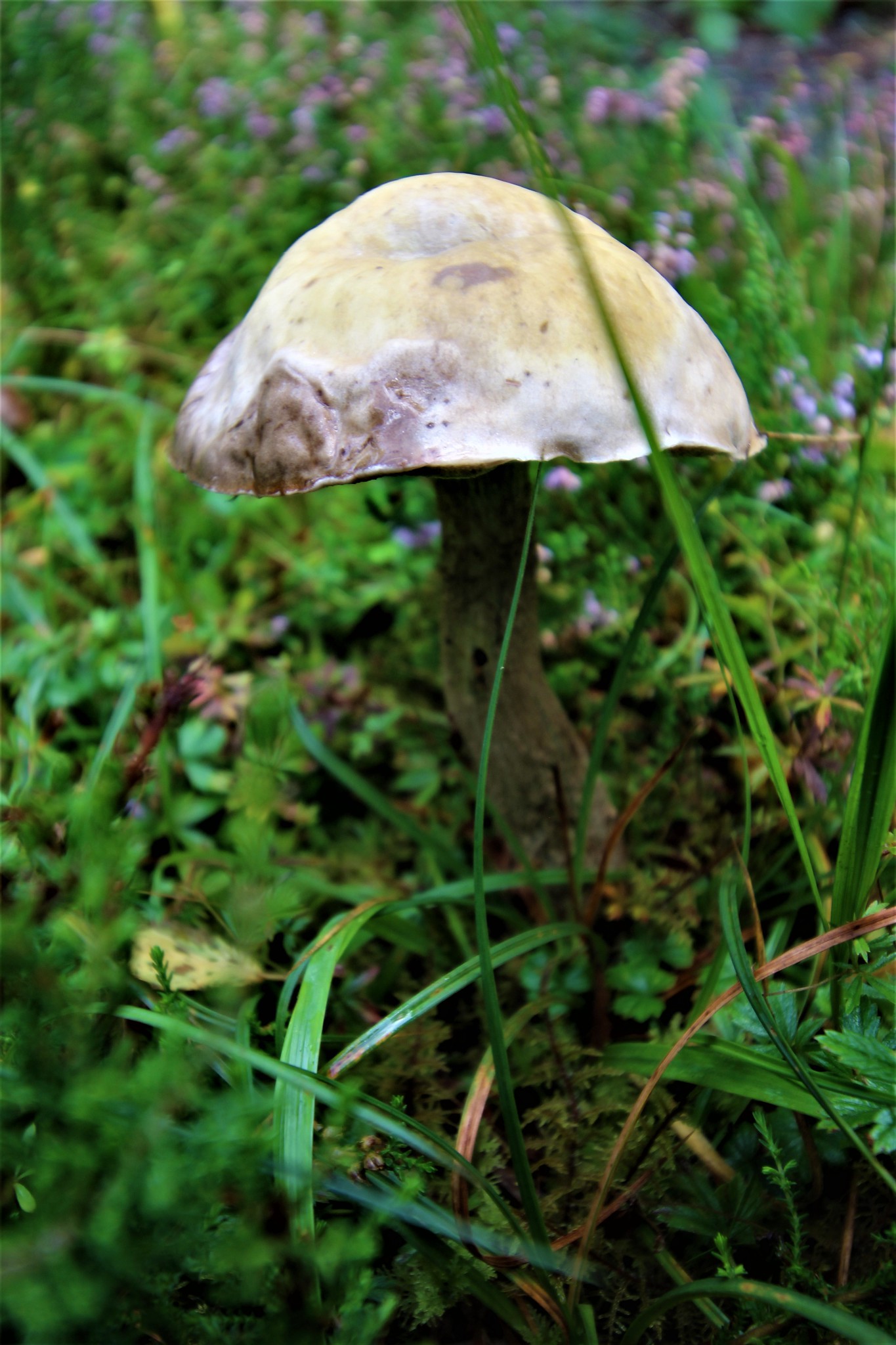 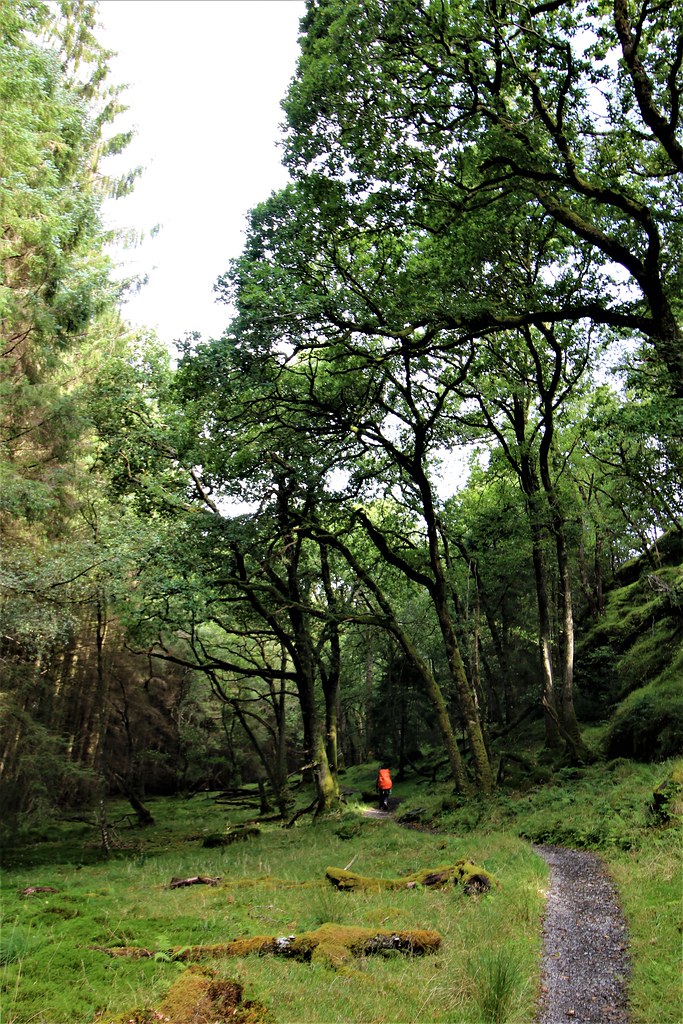 View across the loch, east to west 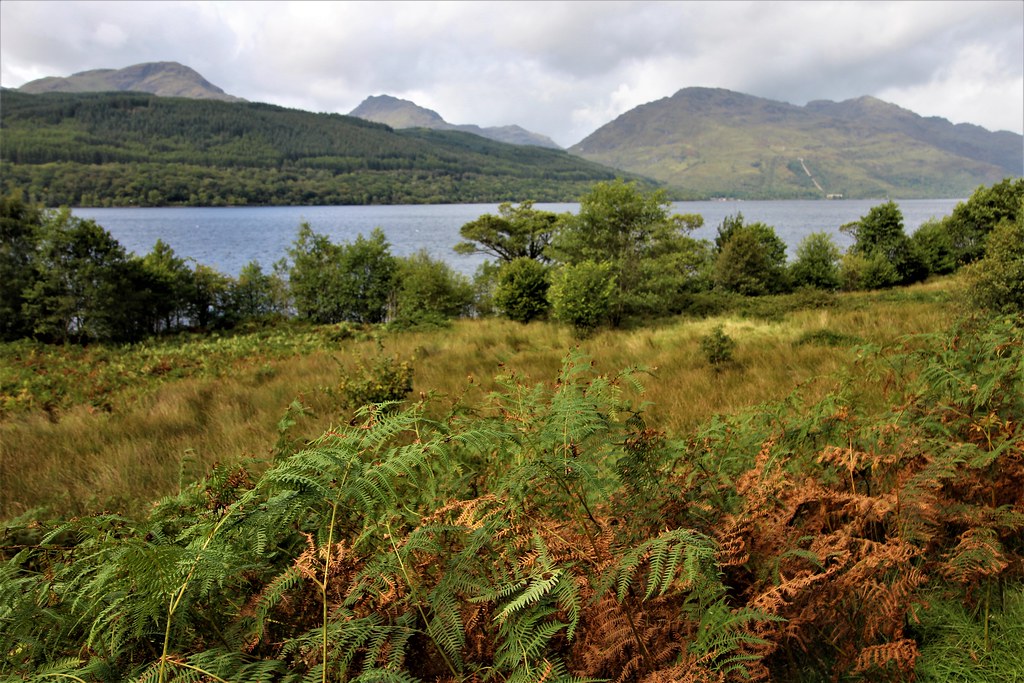 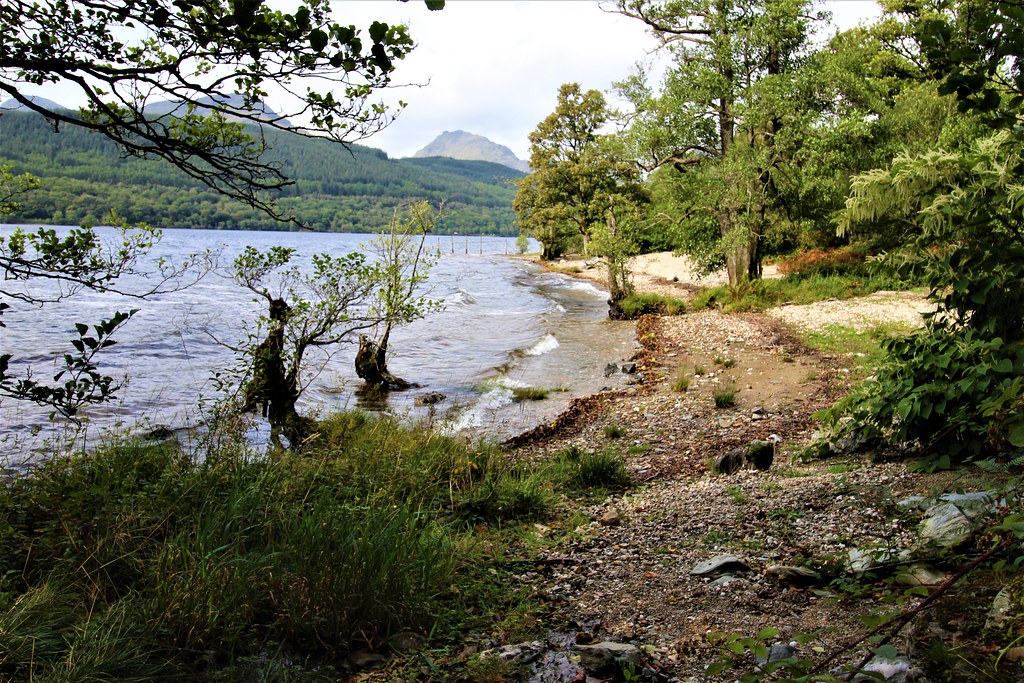 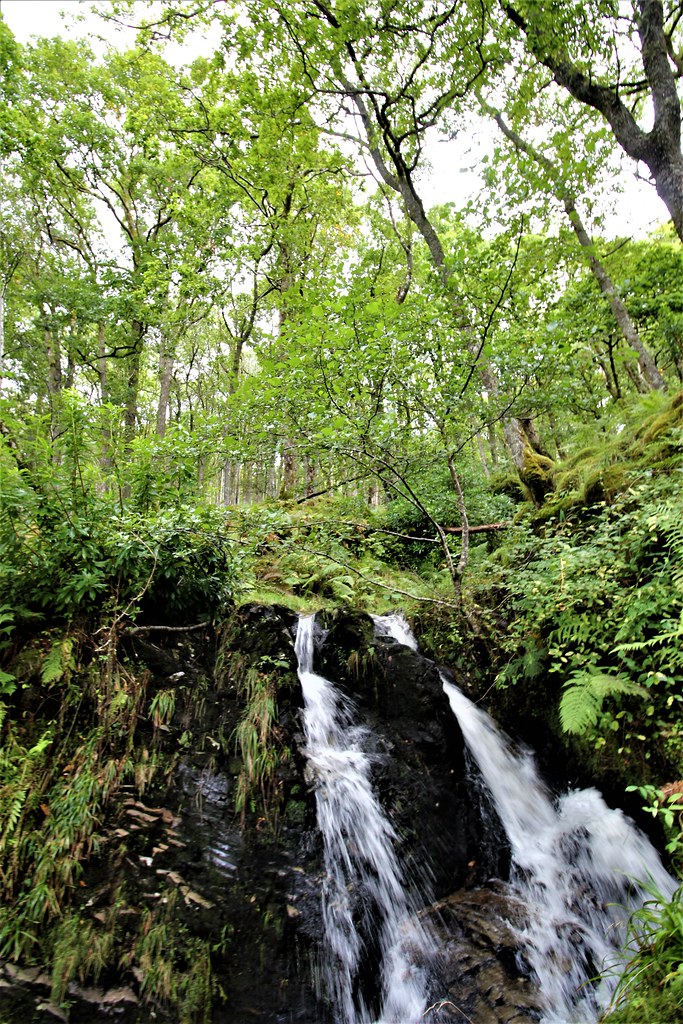 This appears to be base of a WW2 gun emplacement. I know from previous visits to Loch Lomond that the British were active on the loch during the War. 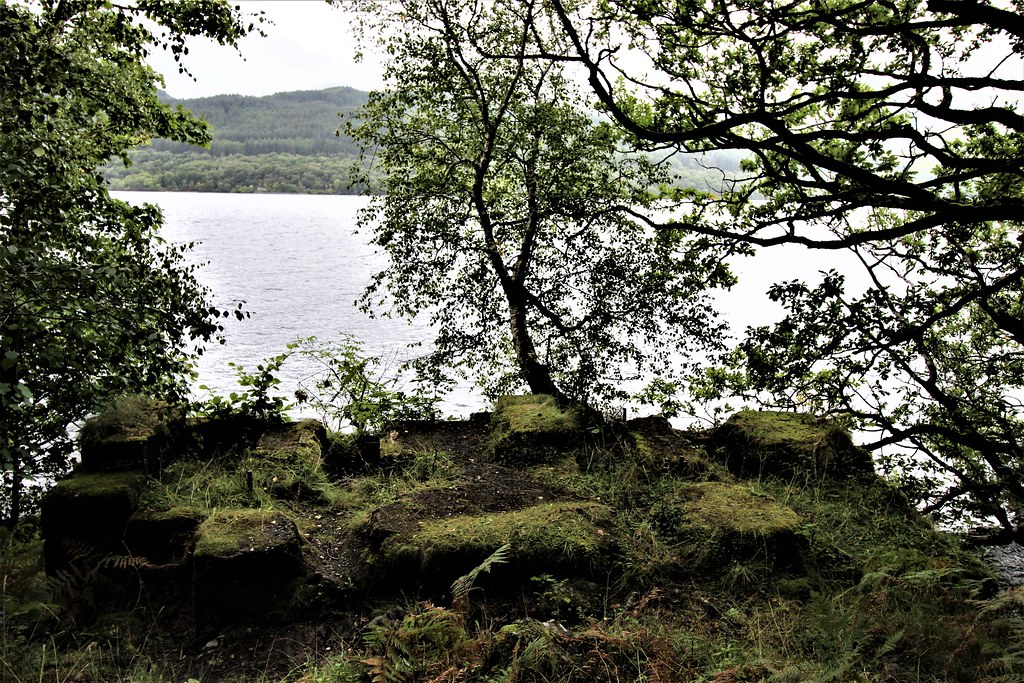 Falls of Inversnaid. See also video clip at top of the post. 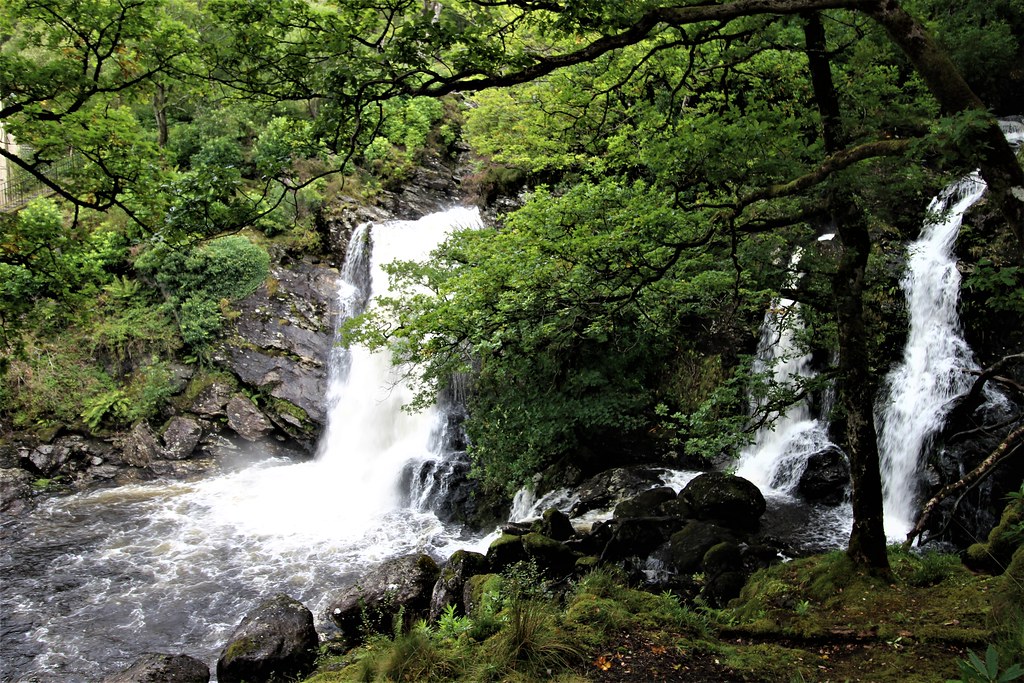 Burn (stream) on way to emptying into Loch Lomond. 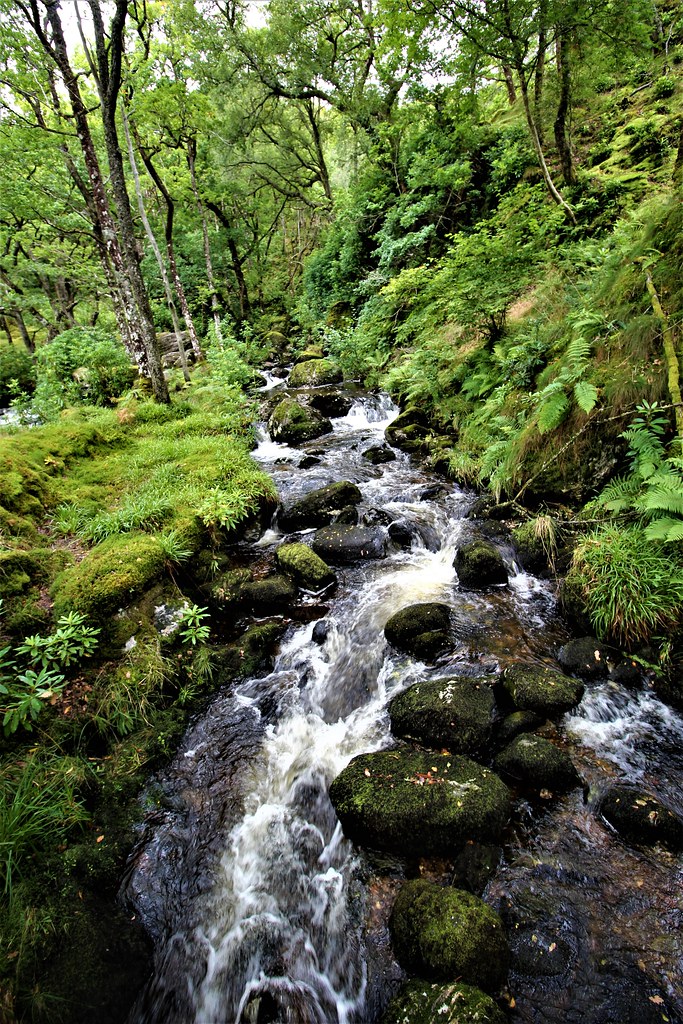 Illustration of a section of the hiking trail which has become very difficult due the hard rocks and erosion. 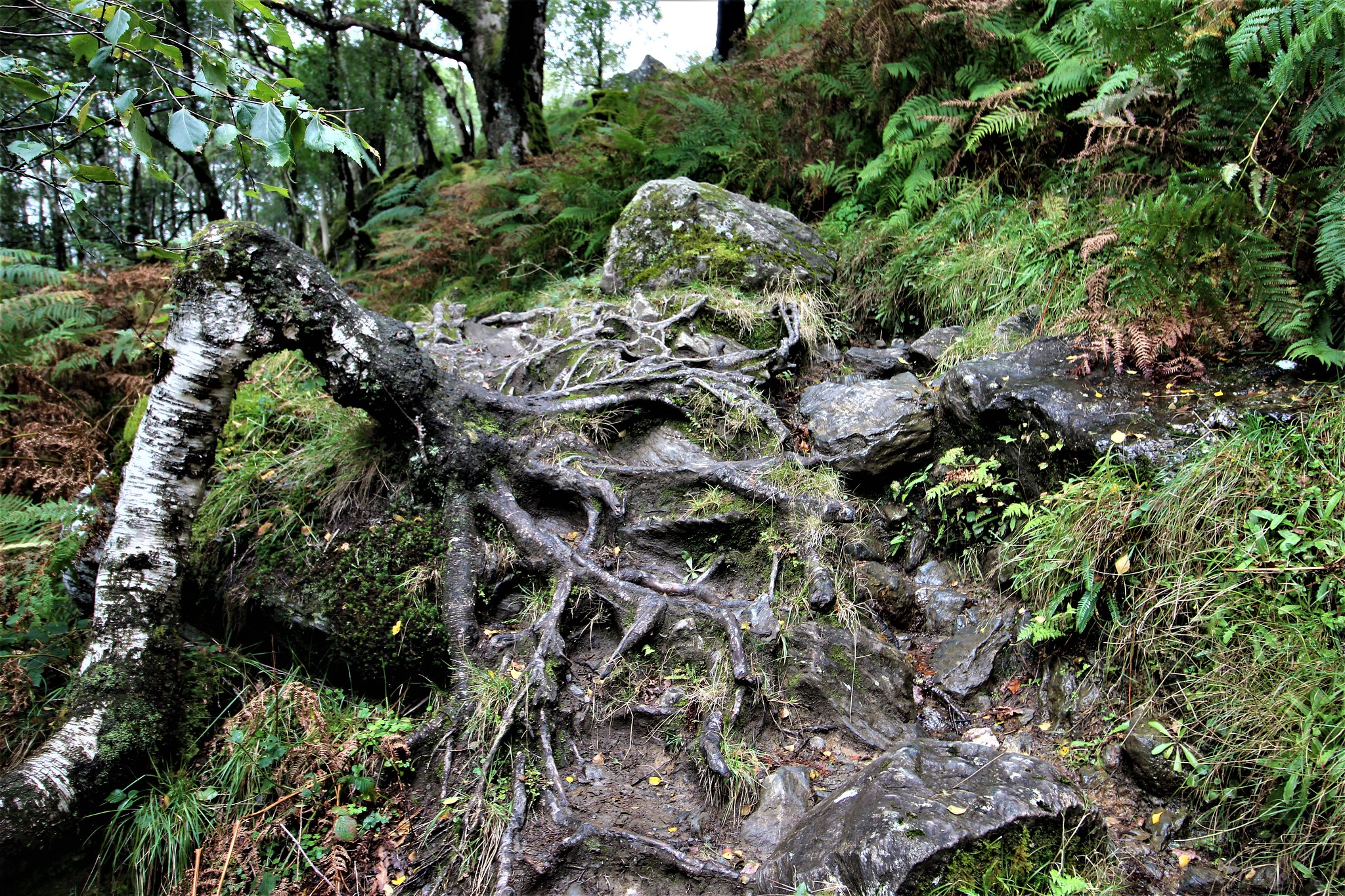 Illustration of a section of the hiking trail (right side of image) which has become very difficult due the hard rocks and erosion. 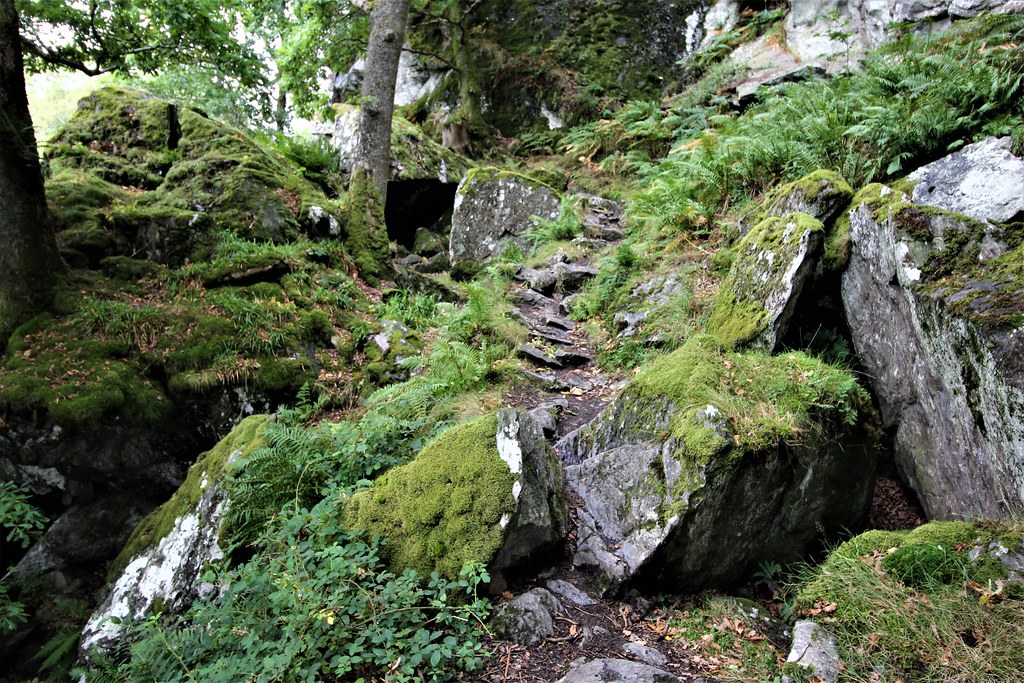 Encounter with family of wild goats. 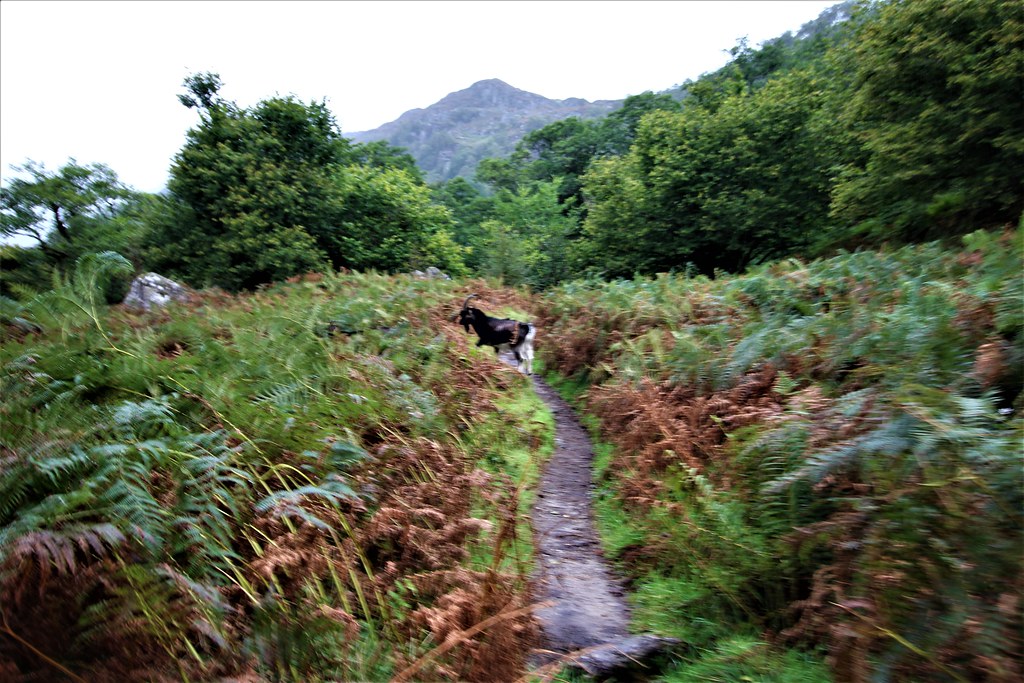 The trail passes through the stream below. 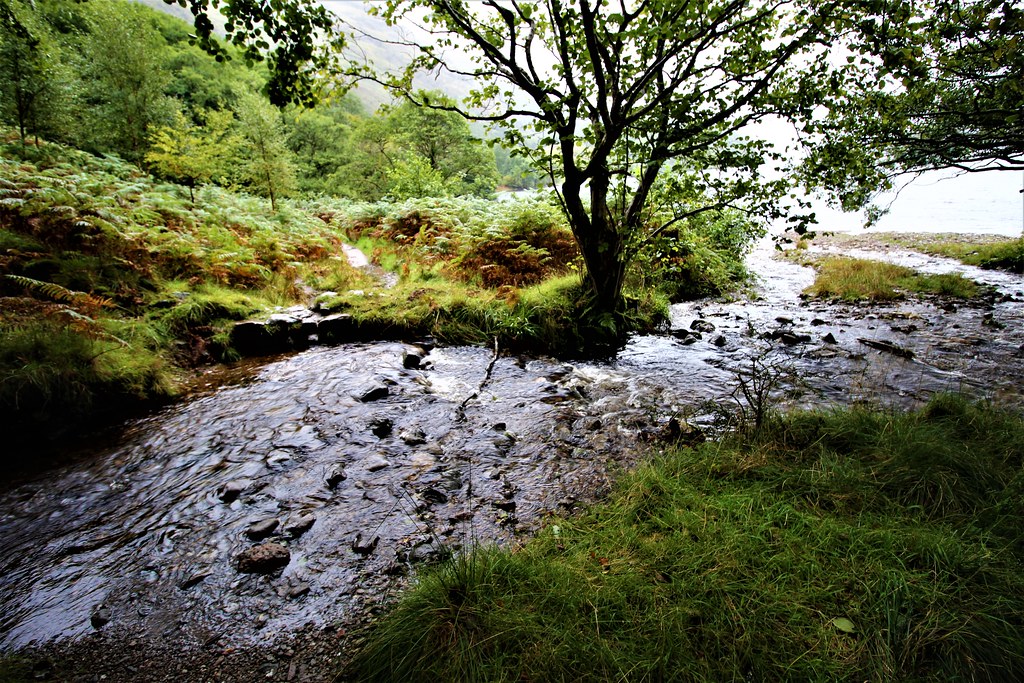 This is a 'low tech' communication system which the Romans would have understood. To cross the loch travellers communicate with the boatman opposite via the red marker on the pole.The boat operates at hourly intervals but there is no shelter for passengers on the east bank. 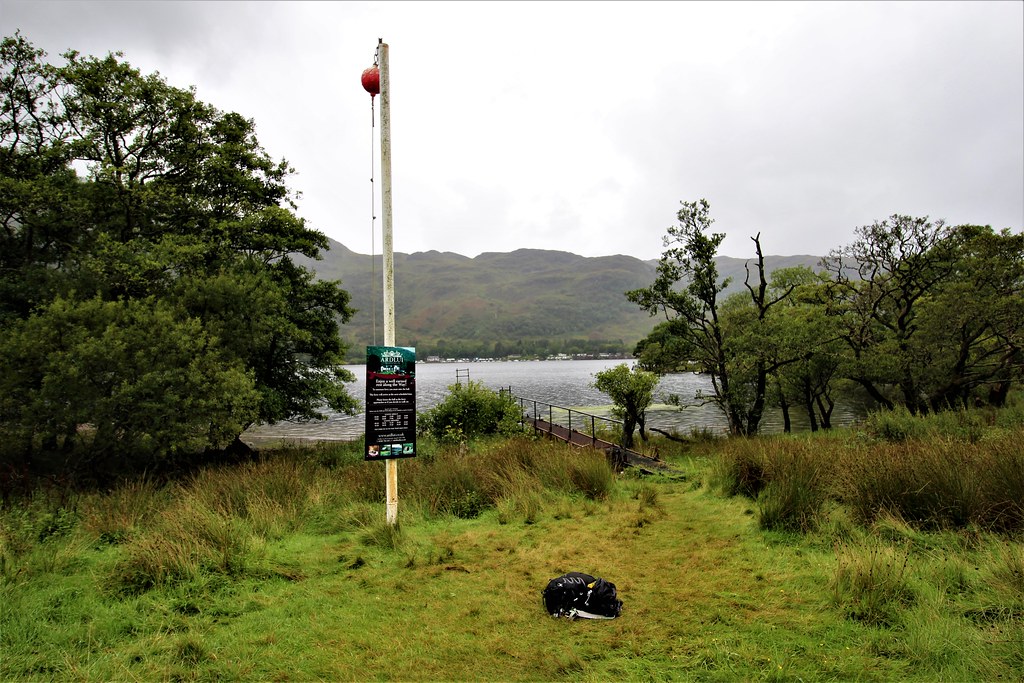