Industrial history along the Clyde waterfront in Glasgow 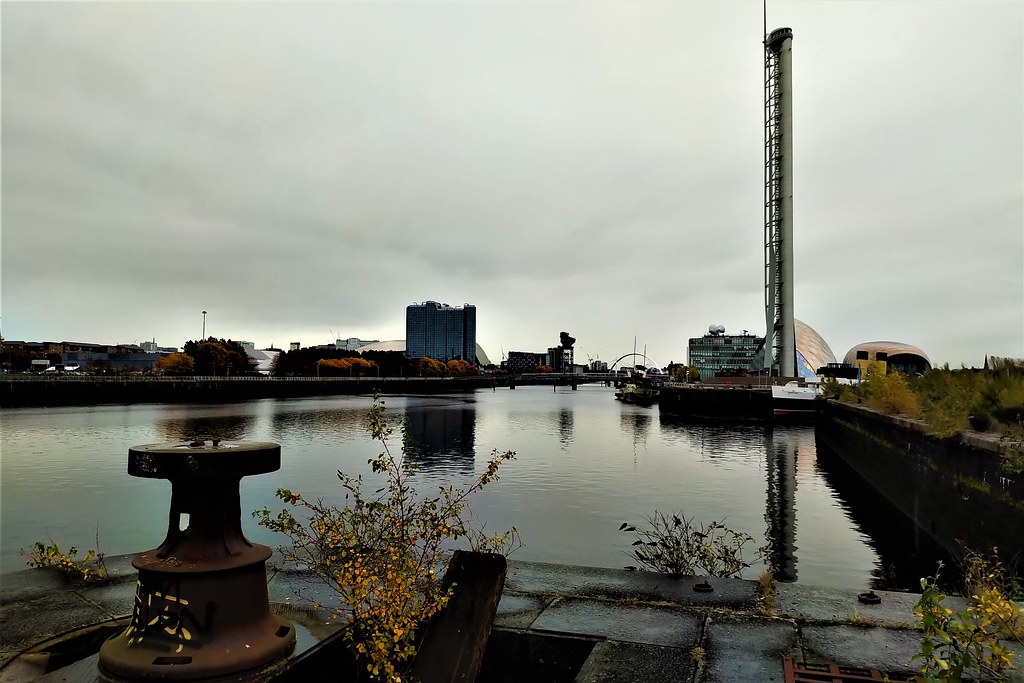 Today, I took the opportunity to walk alongside the River Clyde, from Govan to central Glasgow in Scotland

This journey could be described as an adventure in industrial archaeology as Glasgow was at the forefront of the Industrial Revolution with emphasis on shipbuilding and manufacturing and there remain considerable tangible relics from the past. Today, commercial, shipbuilding has all but disappeared (with exception of one yard which had to be rescued by the Scottish Government) but construction of military vessels remains robust. 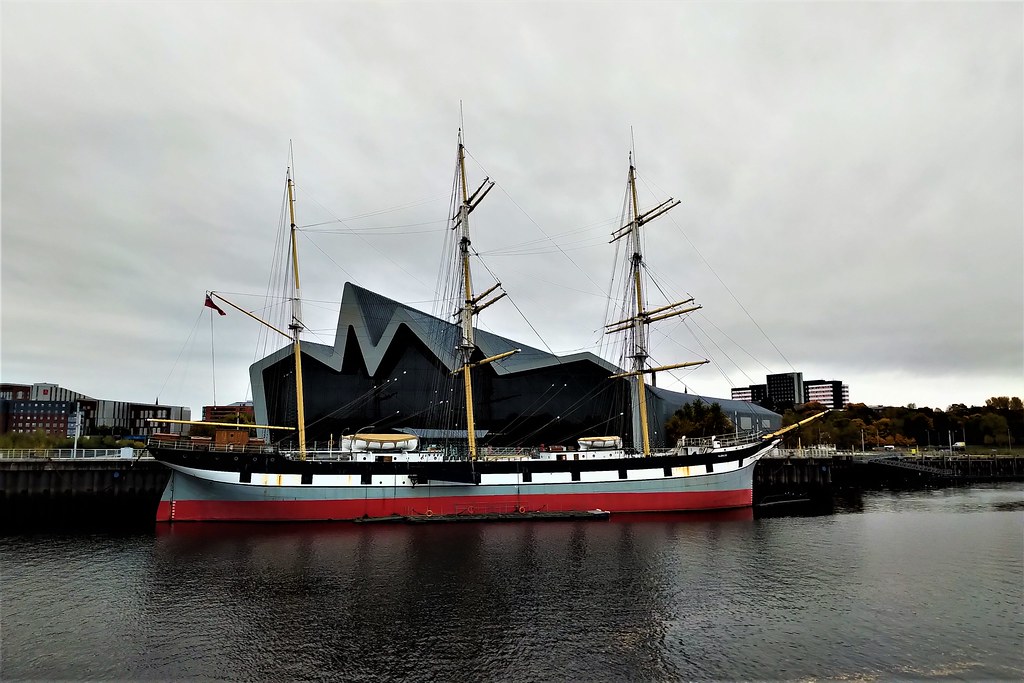 Above image shows the restored sailing ship Glenlee (which was built on the Clyde in 1896) moored adjacent to the Riverside Museum (emphasis on transport) which is located on site of former ship yard.

The three images below illustrate the derelict Govan Graving Docks (dry docks).These have been abandoned since the 1980s and since evolved into a surreal wasteland which has proved attractive to film makers. Notwithstanding the health and safety risks seeemingly anyone can stroll around the site.

The site is actually owned by property developer(s). Over the years various proposals have been put forward but none have crystallised. Latest idea is to refurbish one of the docks so it can be re-used for it's original purpose. Time will tell if anything actually happens. 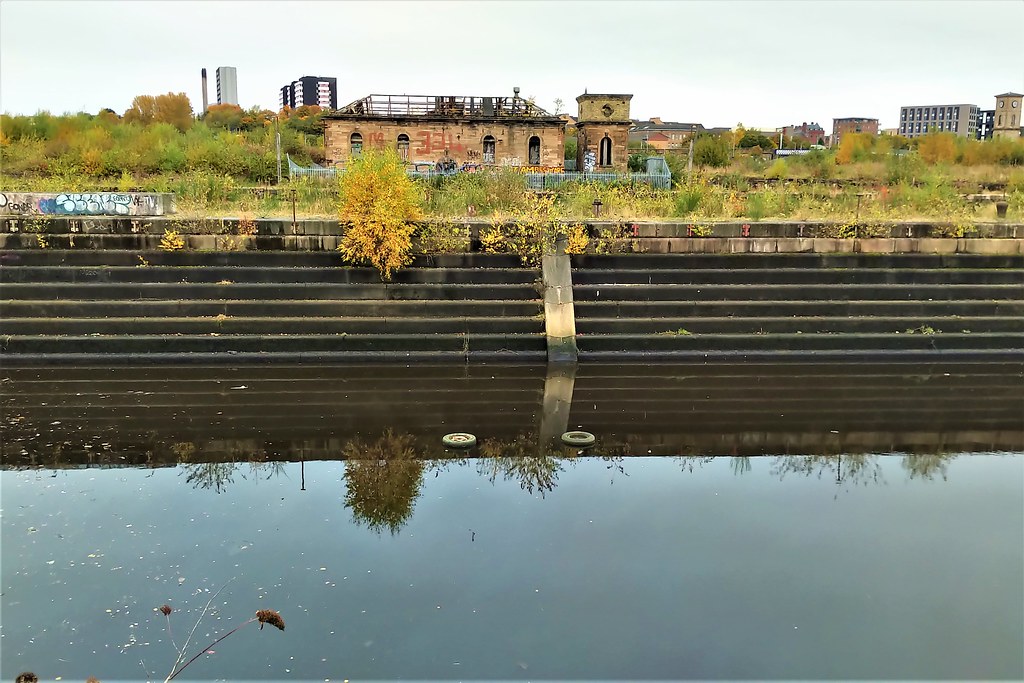 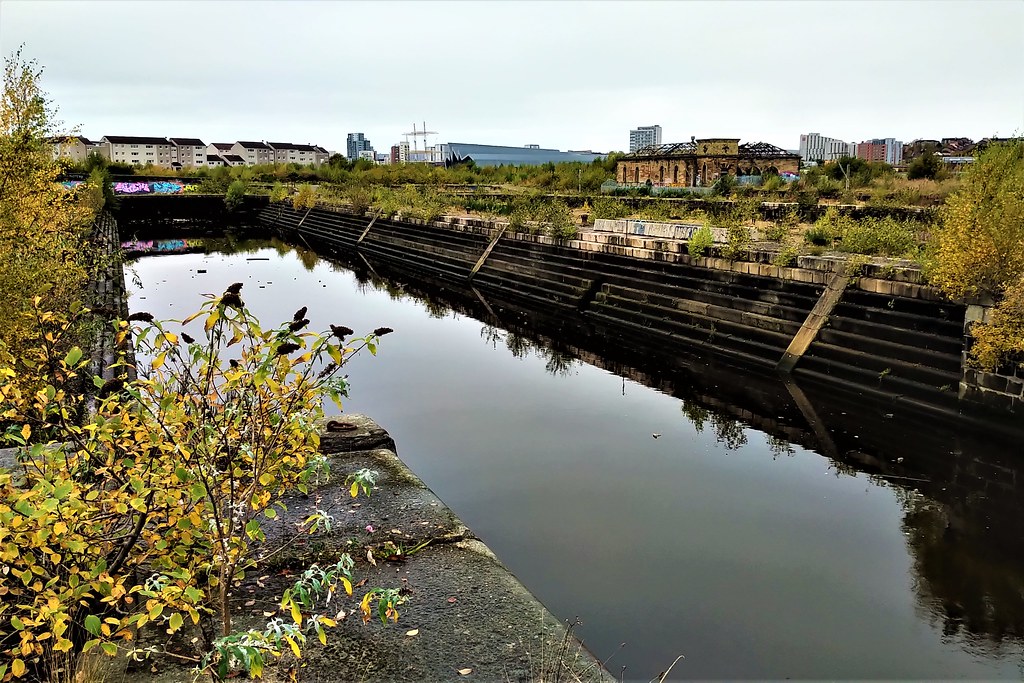 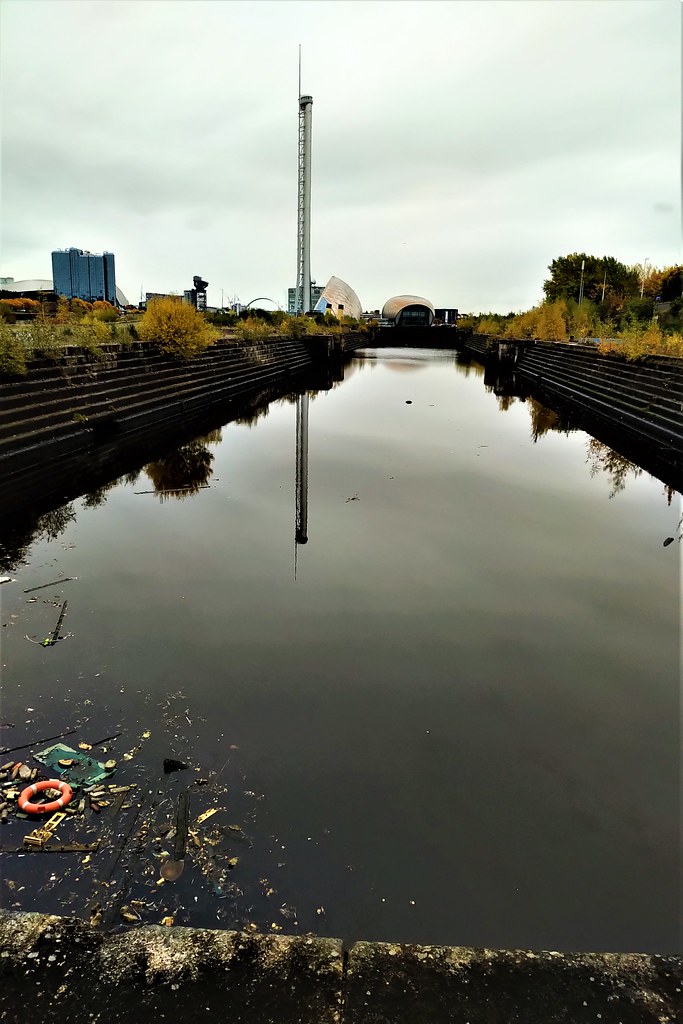 The two images below illustrate the paddle steamer Waverley. This is the last seagoing passenger-carrying paddle steamer in the world. The vessel was built on the Clyde in 1946 and after retirement from commercial service in 1973 was transferred to a charitable trust which has maintained the vessel ever since whilst running passenger excursions.

The vessel underwent a GBP2.3M refit in 2020 following which it returned to service but shortly afterwards crashed into the pier at Brodick (Isle of Arran) with rconsequent damage to it's bow. This damage can be seen in image no 2 below. 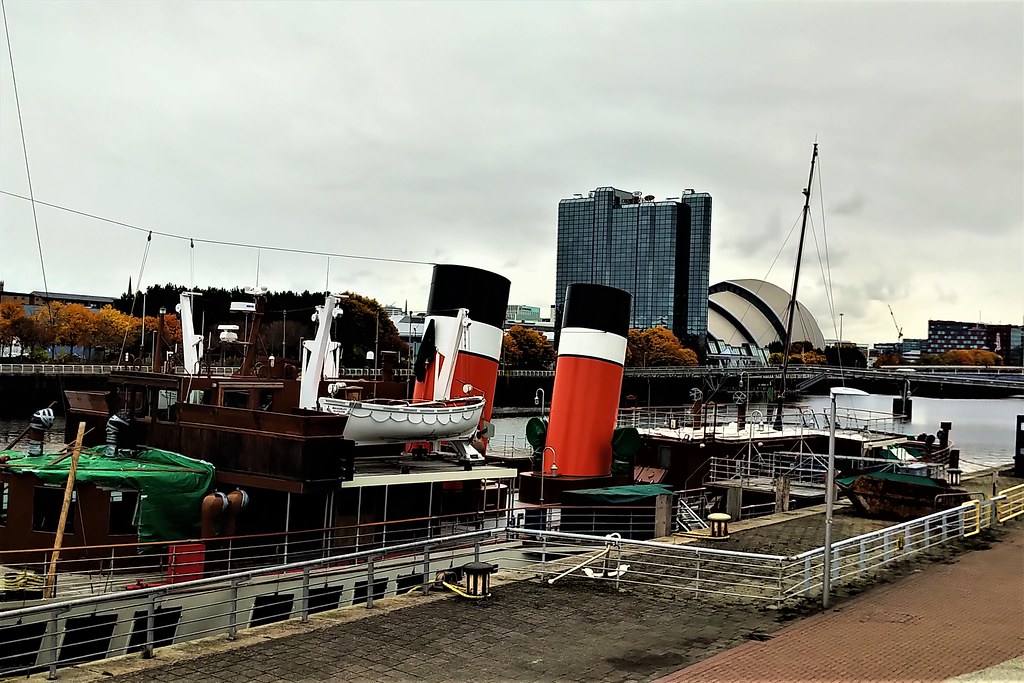 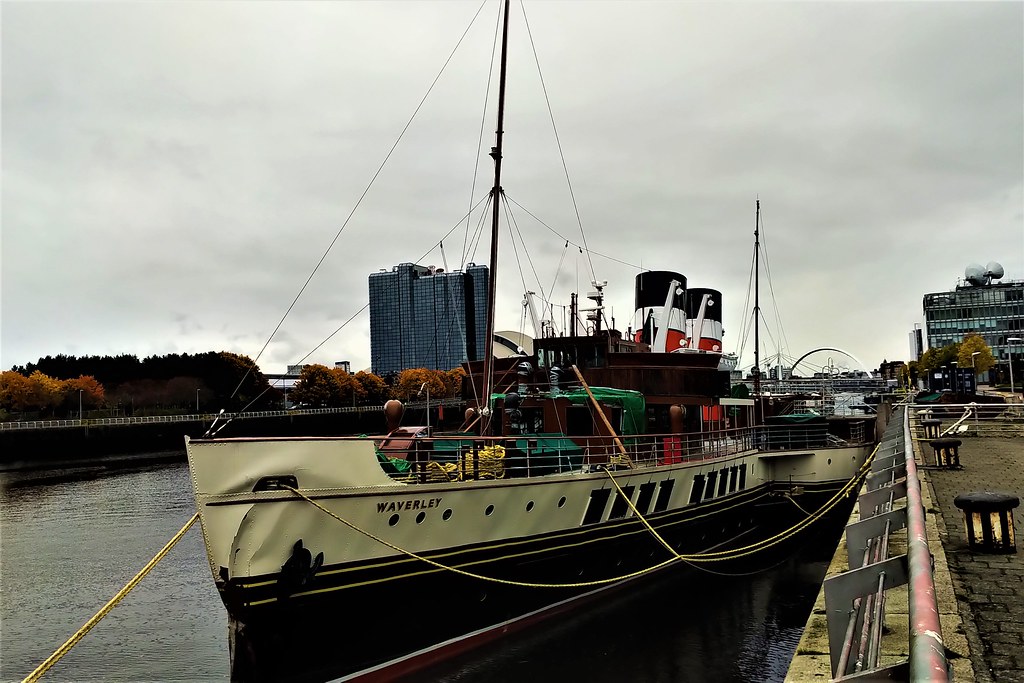 Image below illustrates the Finnieston Crane, a landmark in Glasgow.This dates from 1931 for purpose of loading steam locomotives into the holds of ships for edxport around the world.

The crane is no longer in use for industrial purposes but has been subject of plans to make the structure subject of a visitor attraction together with associated museum , restuarant, coffee shop, etc. Time will tell if such a concept actually eventuates, especially with paucity of tourists due to Covid. 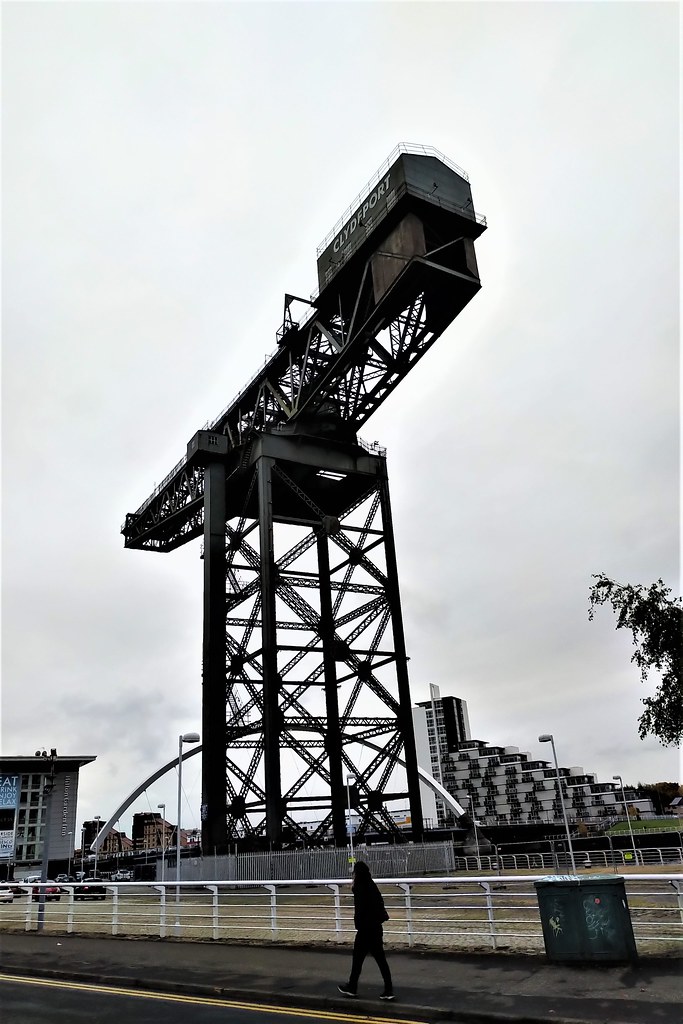 Finally, I noticed the decayed wooden pontoon/landing stage in front of the new housing as illustrated below. I suspect the structure dates to the time when the Clyde was busy with a wide range of passenger ships which would have moored at the site. 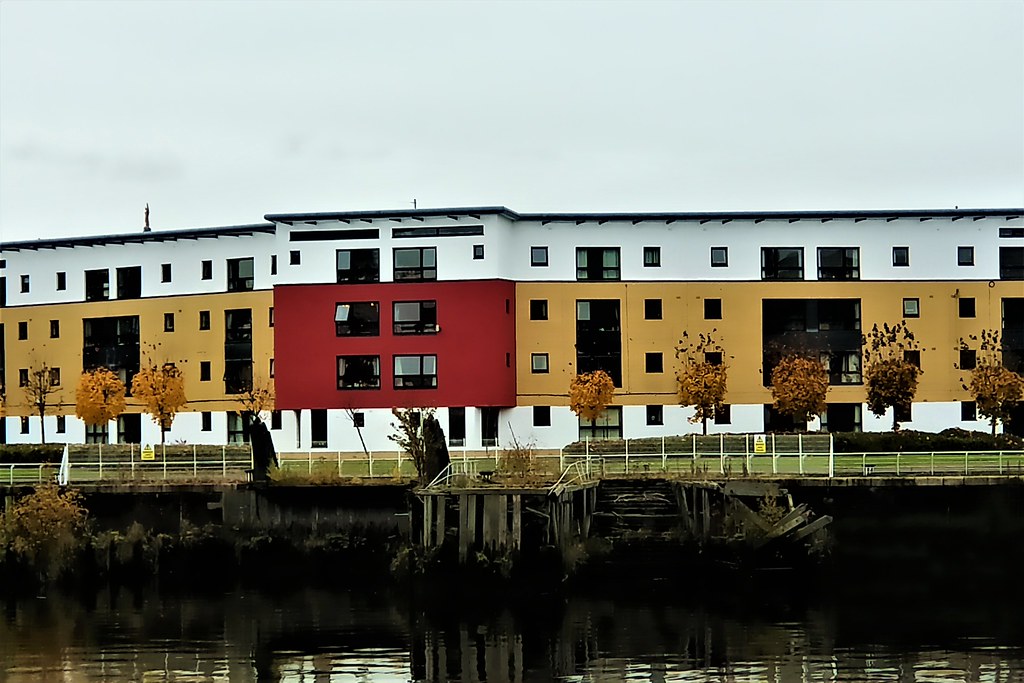 The foregoing just highlights a few of the interesting sites and sights along the Clyde. This waterfront has a long history and could take best part of a full day to explore.