The Romans invaded Britain in AD43 and progressively conquered most of what is now England, Wales and (parts of) Scotland until their abandonment of the island in AD410.

During their occupation the Romans introduced a luxurious,, Mediterranean lifestyle for the elite and wealthy which is manifested in villas (country estates). The (post Roman era) invading Anglo-Saxons and Norse seems to have little interest in the villas which were left to decay. Today, archaeology has revealed some spectacular examples of villas, particularly in southern England, which were richly embellished with elaborate mosaic floors.

This post reports on two villas within range of Chichester, a town which itself was founded by the Romans.Chichester is located close to the south coast of England and lies about eighty miles S.W. of London. 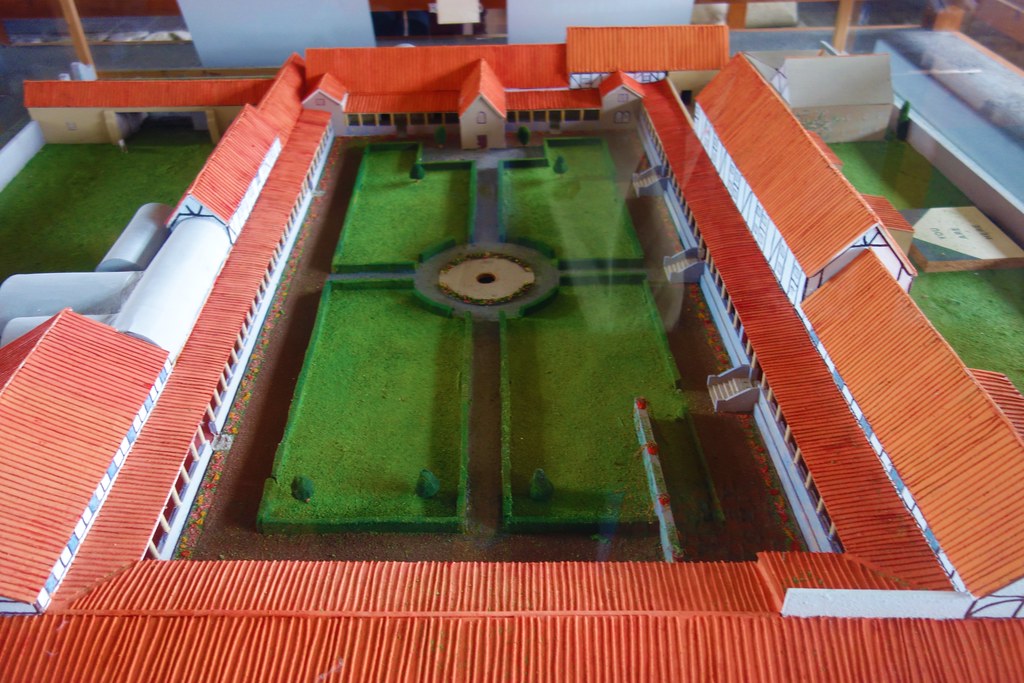 Illustration of Bignor Roman Villa at its peak.

First example is Bignor Roman Villa which evolved from a 1st century AD farmstead to a luxury appointed residence which probably sat at heart of a farming enterprise extending to, possibly, 6000 acres.This villa reached its peak in the second half of the 3rd century AD when the previous simple stone building was extended by the addition of a hypocaust heating system, a portico, wing rooms and a further room to provide an impressive facade. 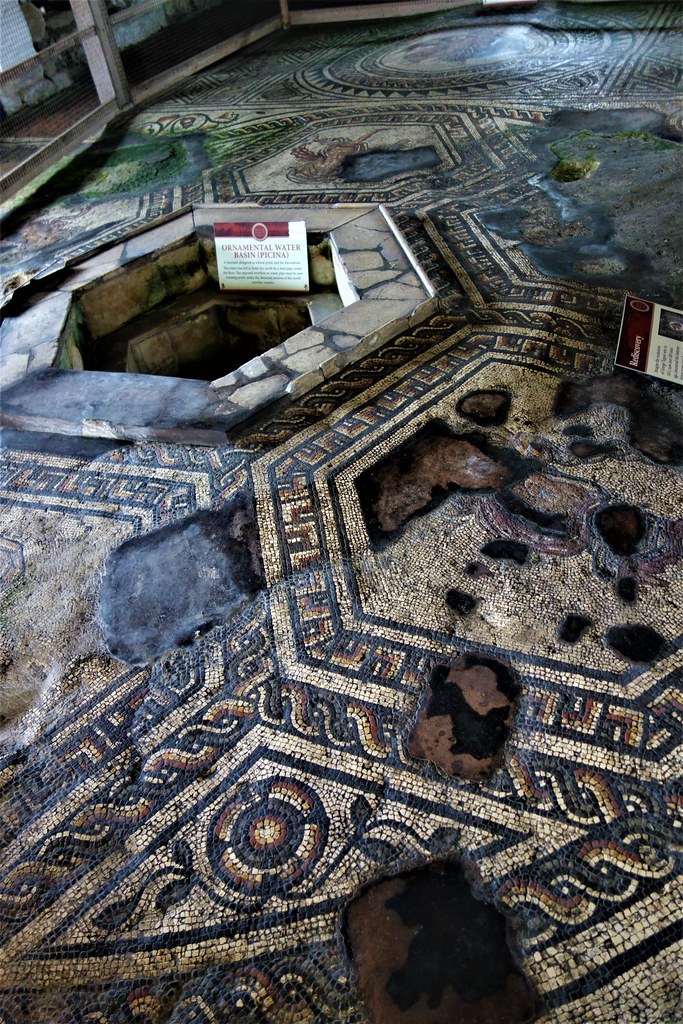 This villa is known for its elaborate floor mosaics (from the 4th century) some of which are illustrated herein. 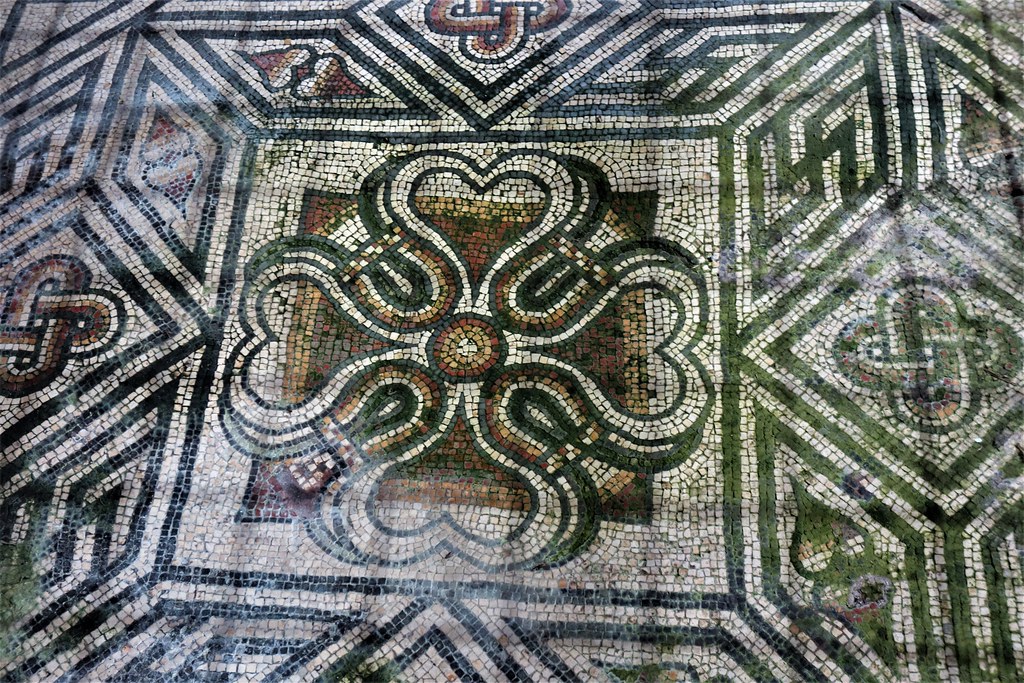 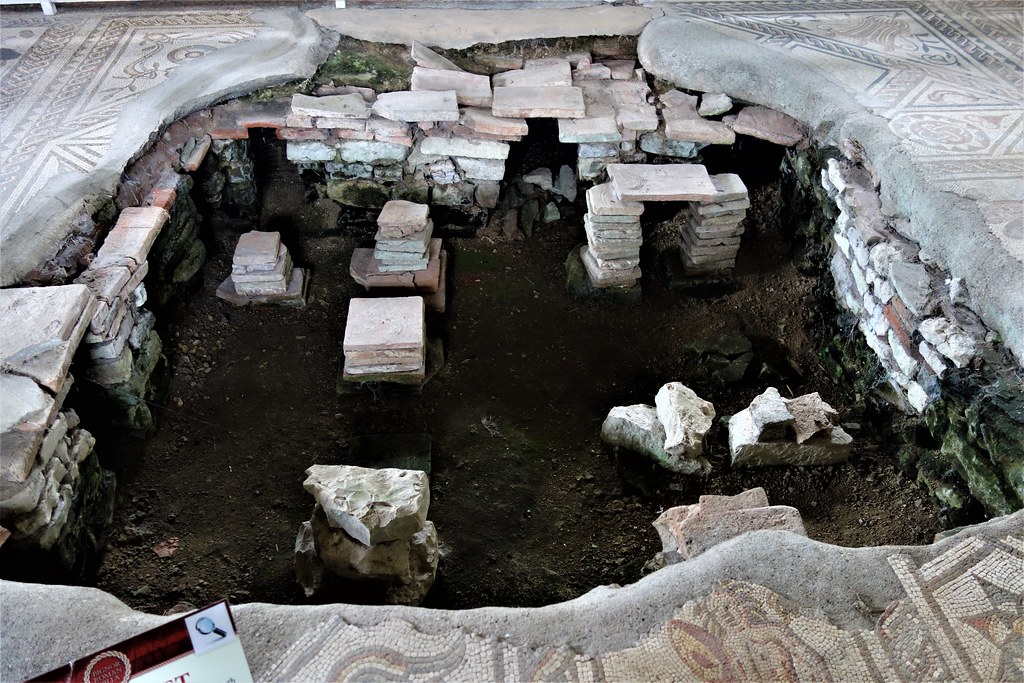 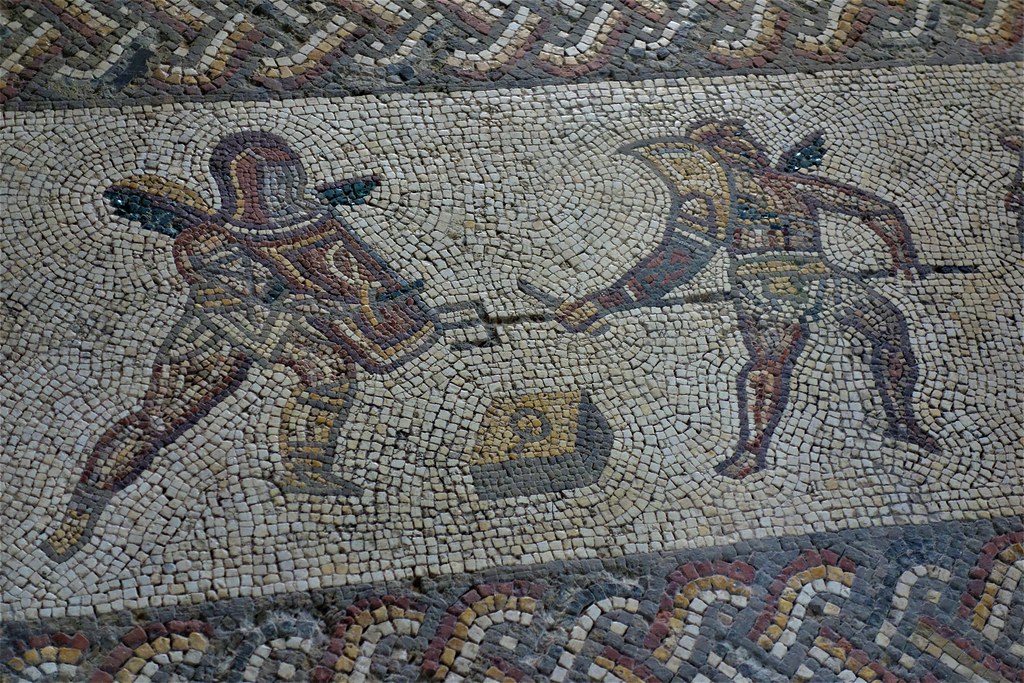 At end of the Roman period the property appears to have been abandoned and ignored by new settlers arriving from Germany. It was rediscovered by chance in 1811. 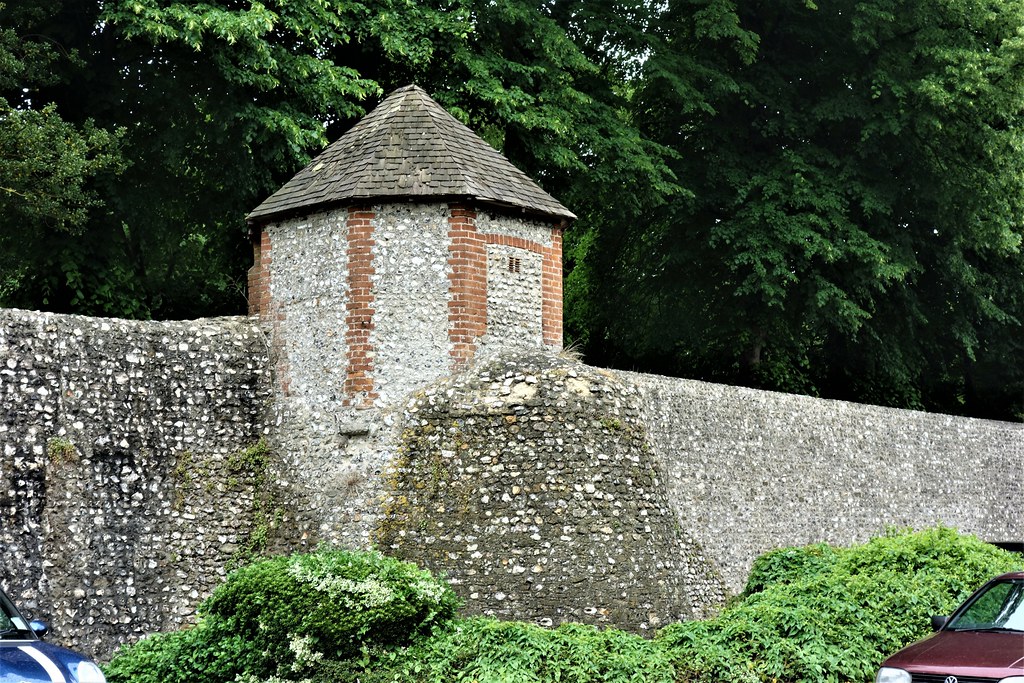 Second example is Fishbourne Roman Palace which is considered the largest domestic Roman building yet found in Britain. 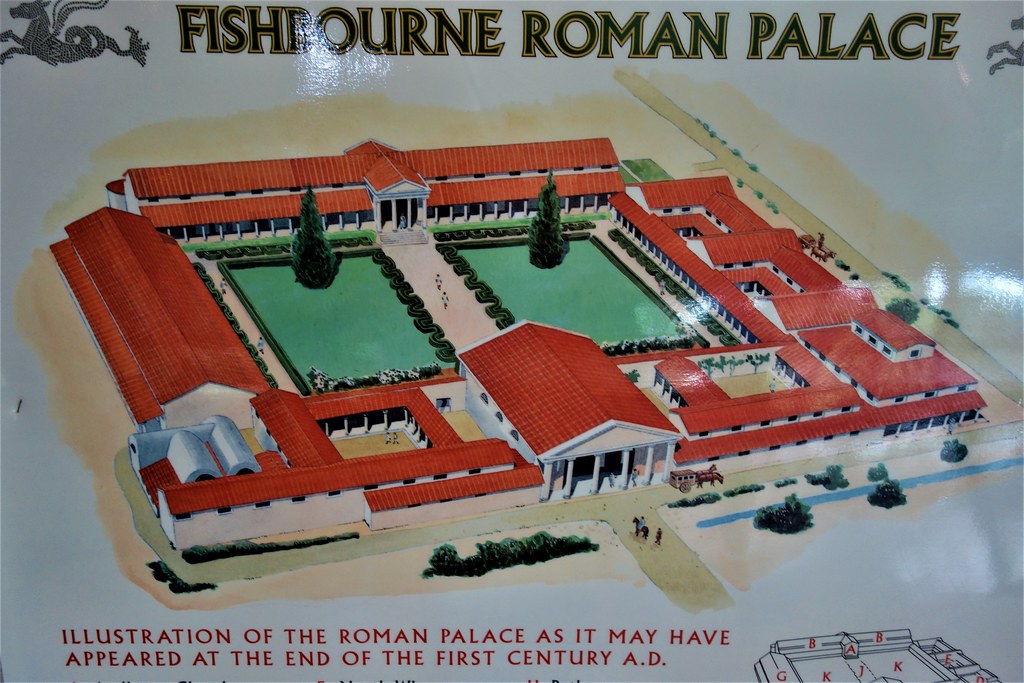 Illustration of Fishbourne Roman Palace at its peak.

This Palace dates from around AD 75-80 and may have been the power base of Togidubnus, who was a pro-Roman native regional king.

Fishbourne extended to four wings, each about 100m long surrounding a large formal garden with further gardens to the south. Unfortunately, around AD 270 a severe fire destroyed some of the building and the rest were demolished. The site was rediscovered by chance in 1960 when trenching was undertaken by a water company.

As illustrated in the images below, the Palace was highly sophisticated with mosaic flooring, hypocaust heating, baths and extensive gardens. 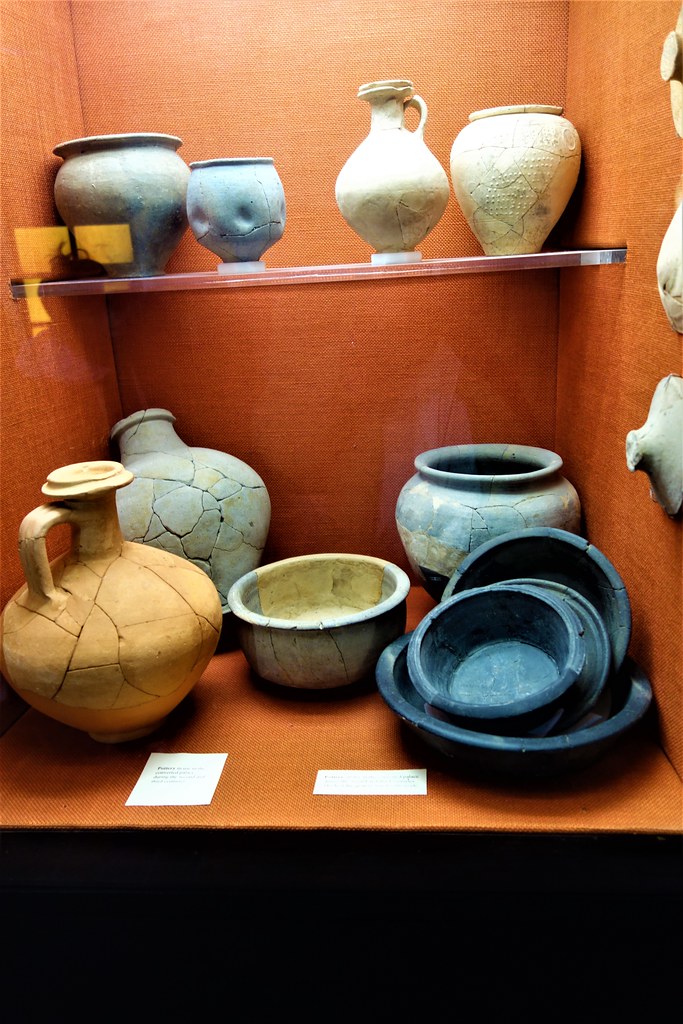 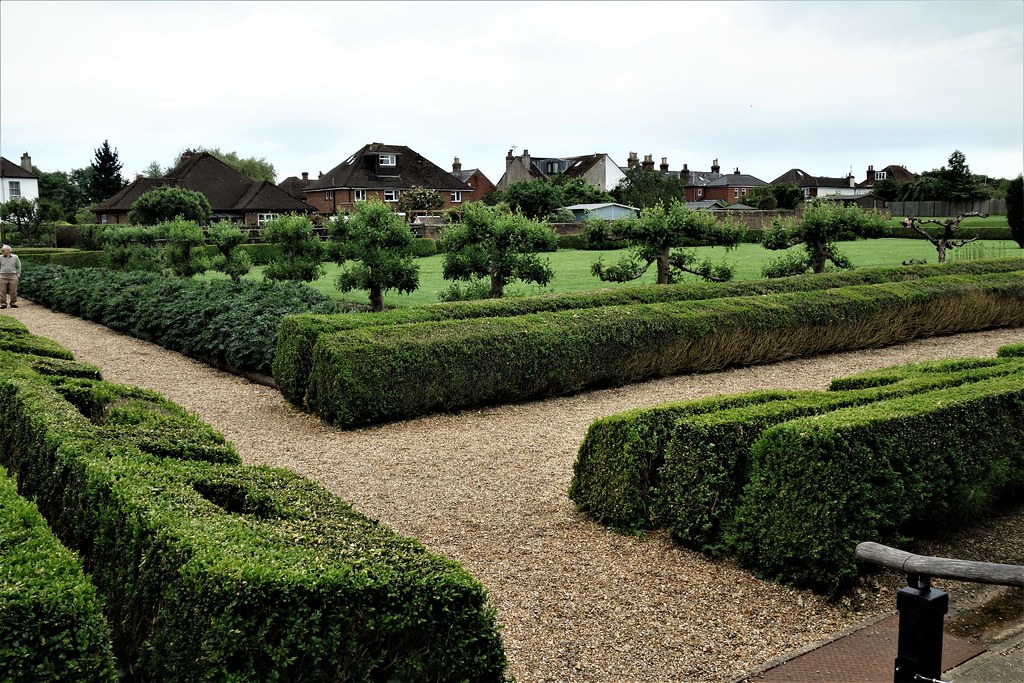 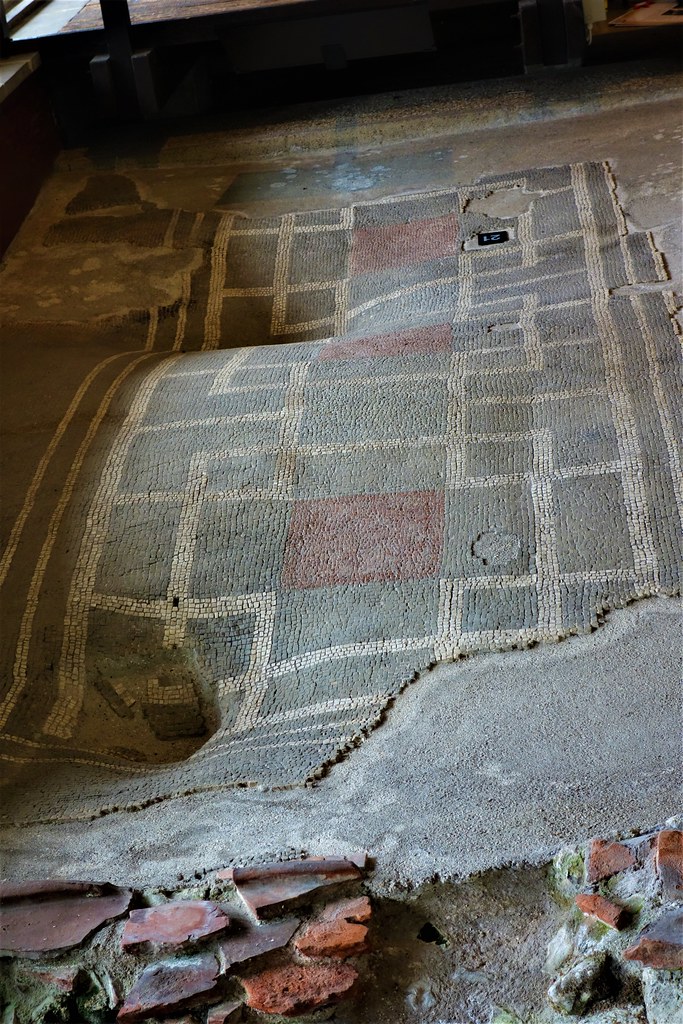 Mosaic floor which as part subsided into post holes pre-dating the Palace. 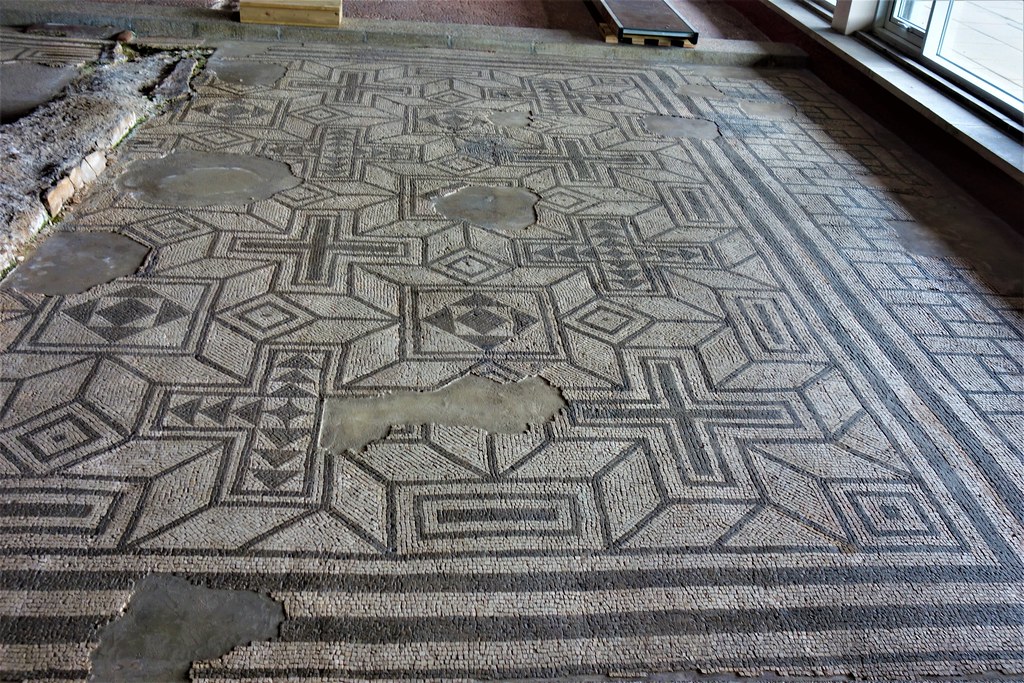 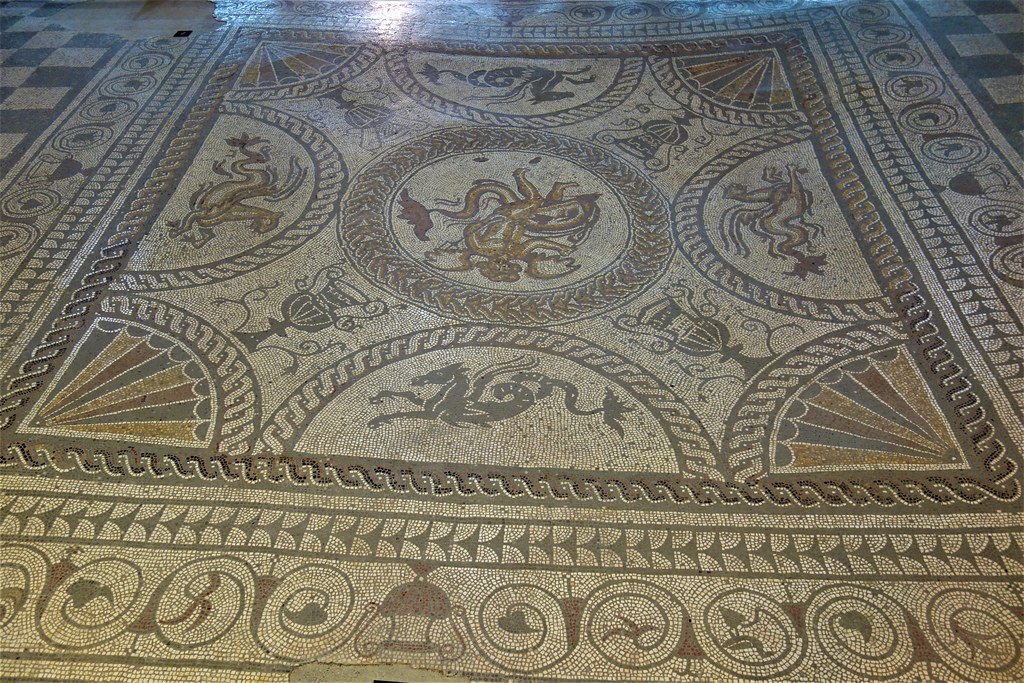 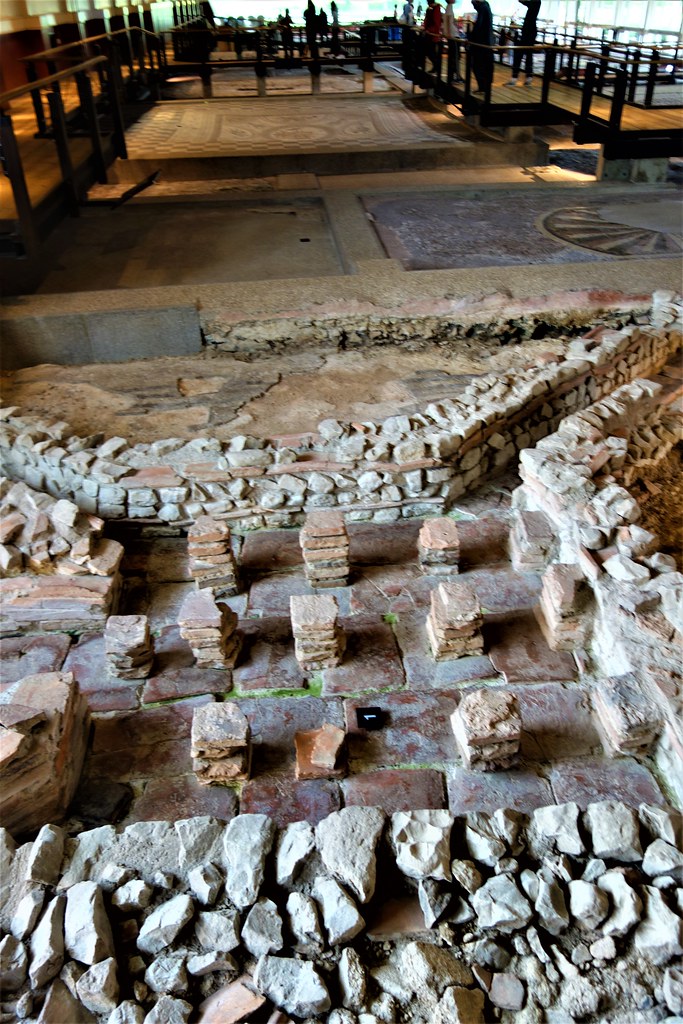