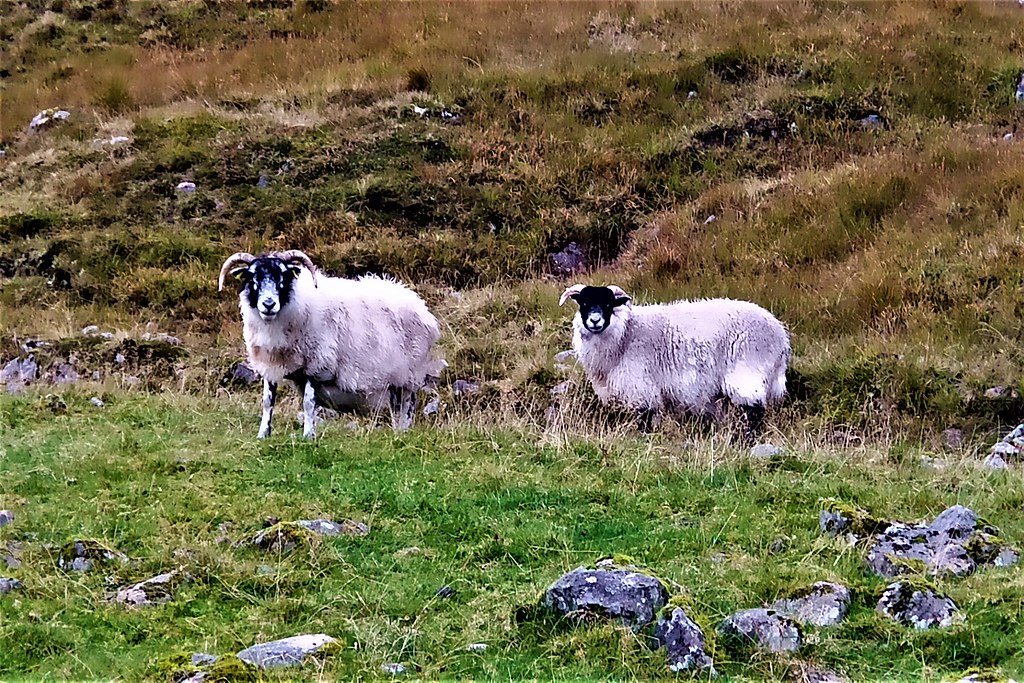 Sheep of the day

Today, I completed the final leg of my hike along the West highland Way in the Scottish Highlands. Distance was at least 15 miles and was undertaken in tolerable weather conditions comprising leaden, black skies, light rain, no wind and mild temperature.

As before, the trail followed the Old Military Road built by the British Redcoats to move soldiers around the Highlands. At that time there was a military fort at Fort William althiough only scant remains exist today.

Today's leg started with a steep climb through woodlands out of Kinlochleven which eventually relented to provide superb views down Loch Leven and back to Kinlochleven. 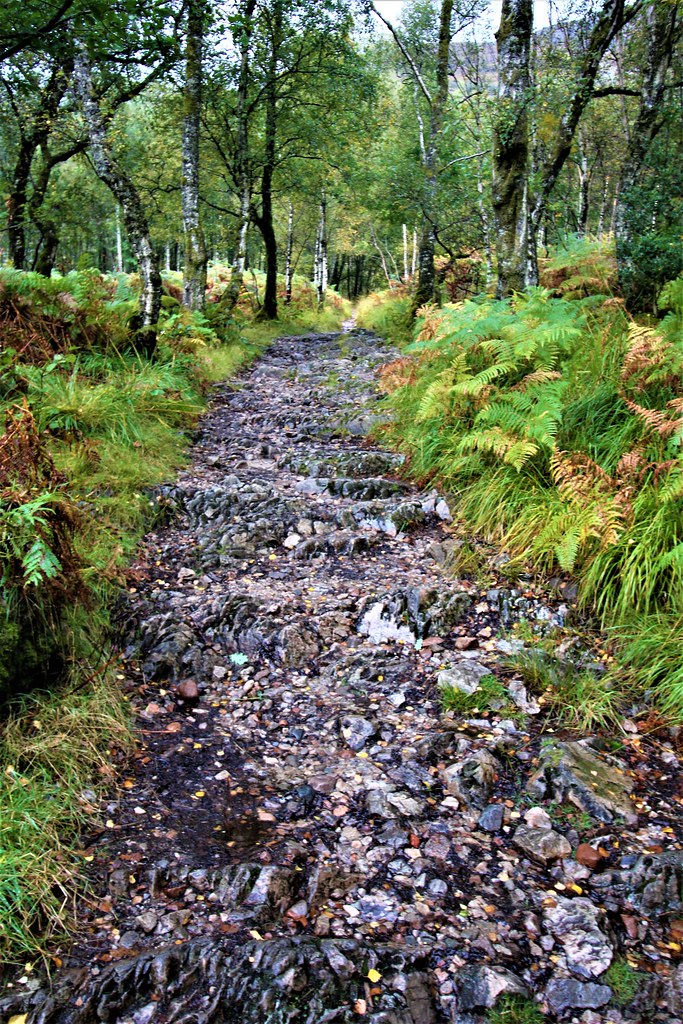 Illustration of the trail out of Kinlochleven 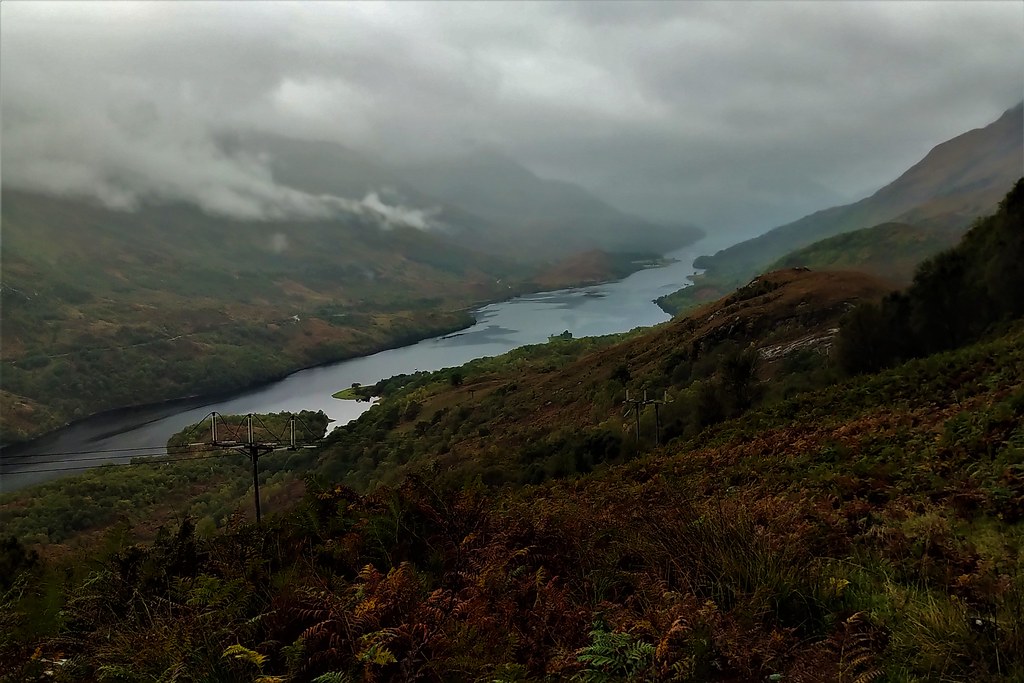 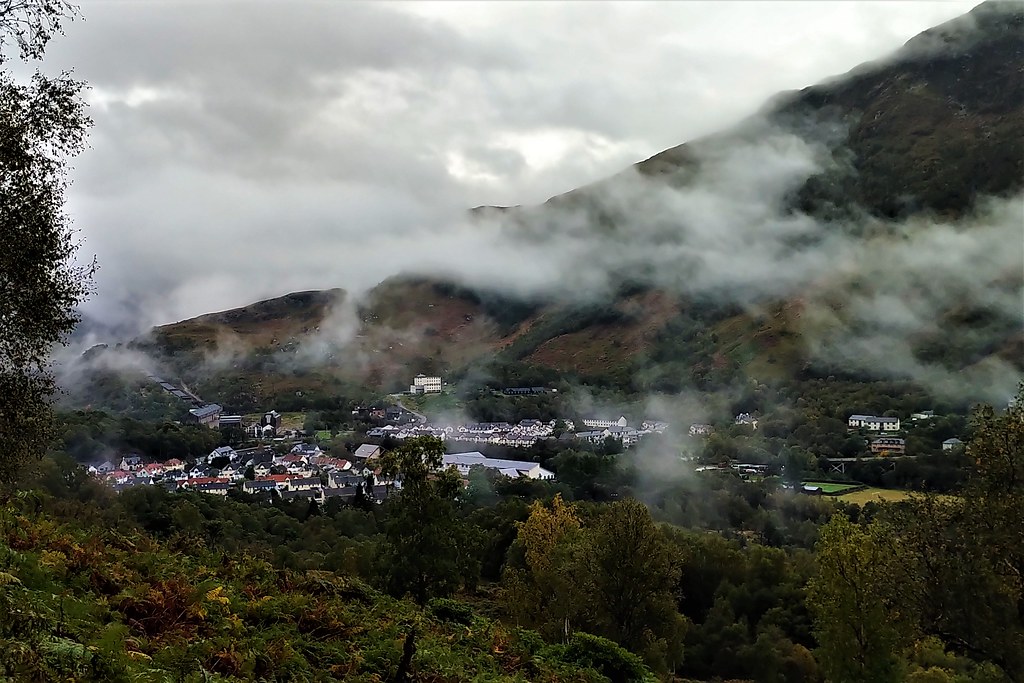 Looking back on Kinlochleven

Most of the hike was through Lairigmor (the great pass) which has an elevation of around 1100 feet and provides easy walking between steep and grand mountains. The path follows the glen (valley) as it bends to the north, reaching woodland before heading towards Glen Nevis and Ben Nevis which is Britain's highest mountain. 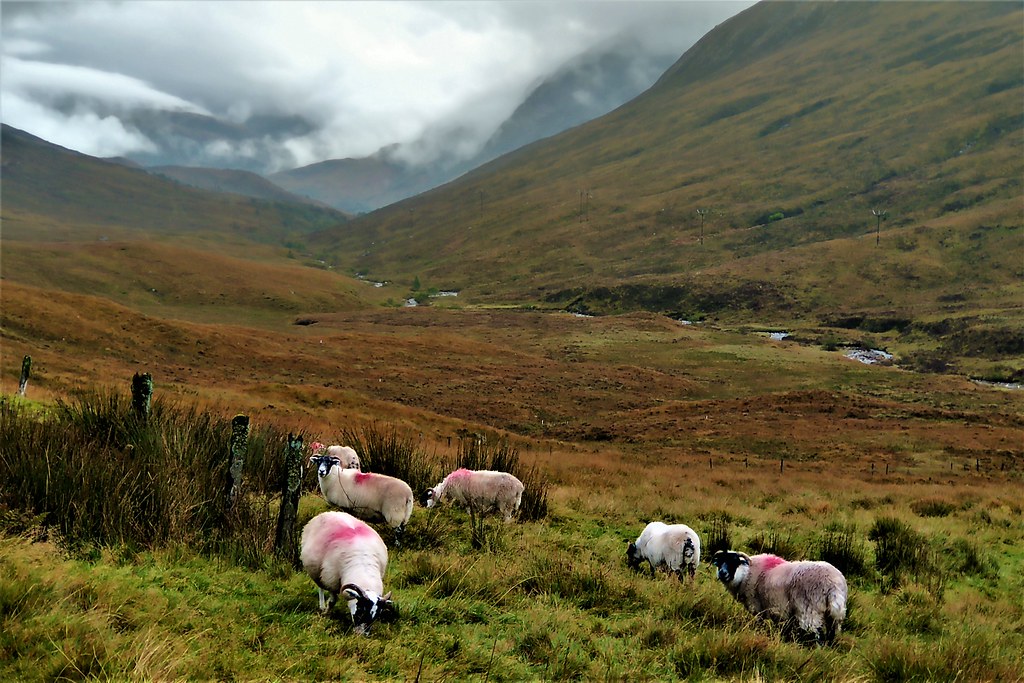 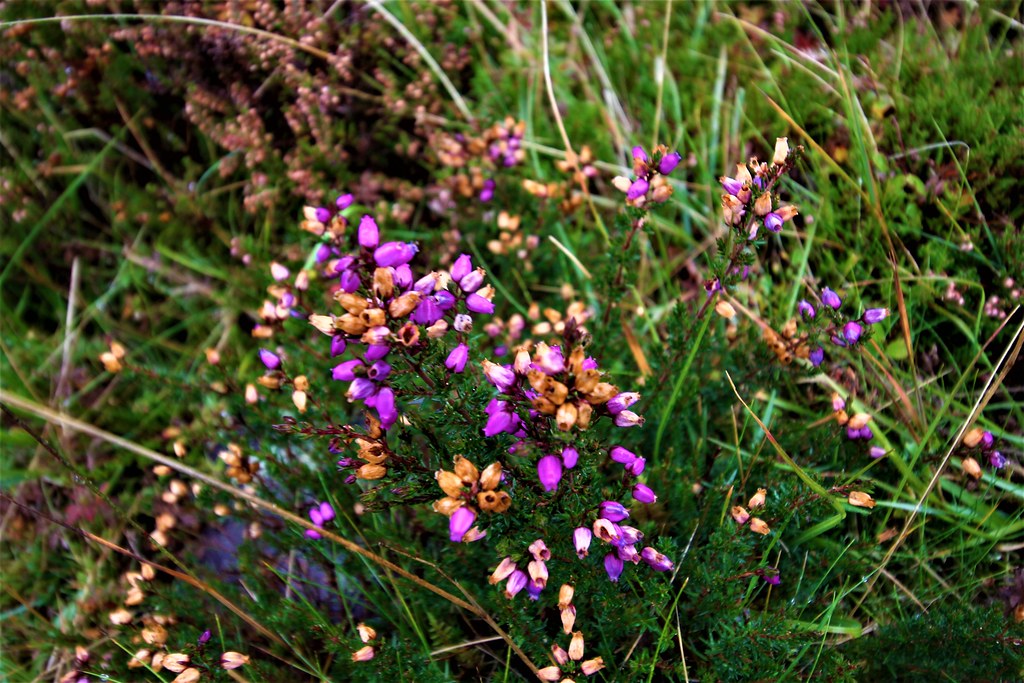 A point worthy of mention is that everywhere the landscape was saturated. Across Lairigmor maybe up to fifty streams drain off the mountains and traverse the hiking trail which in some places can be indistinguishable from a stream. 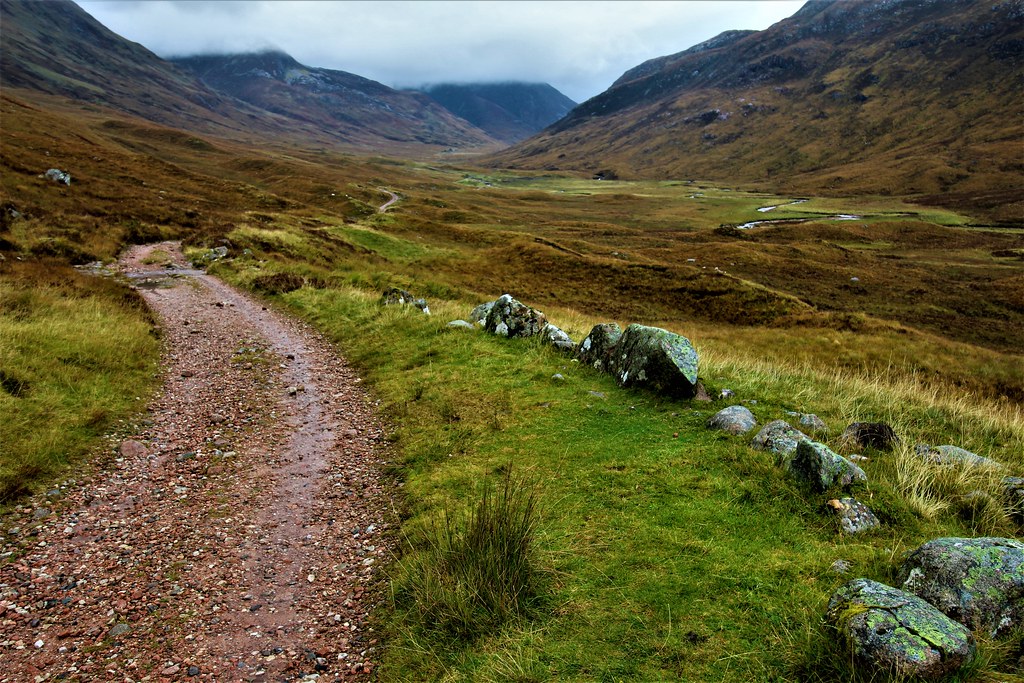 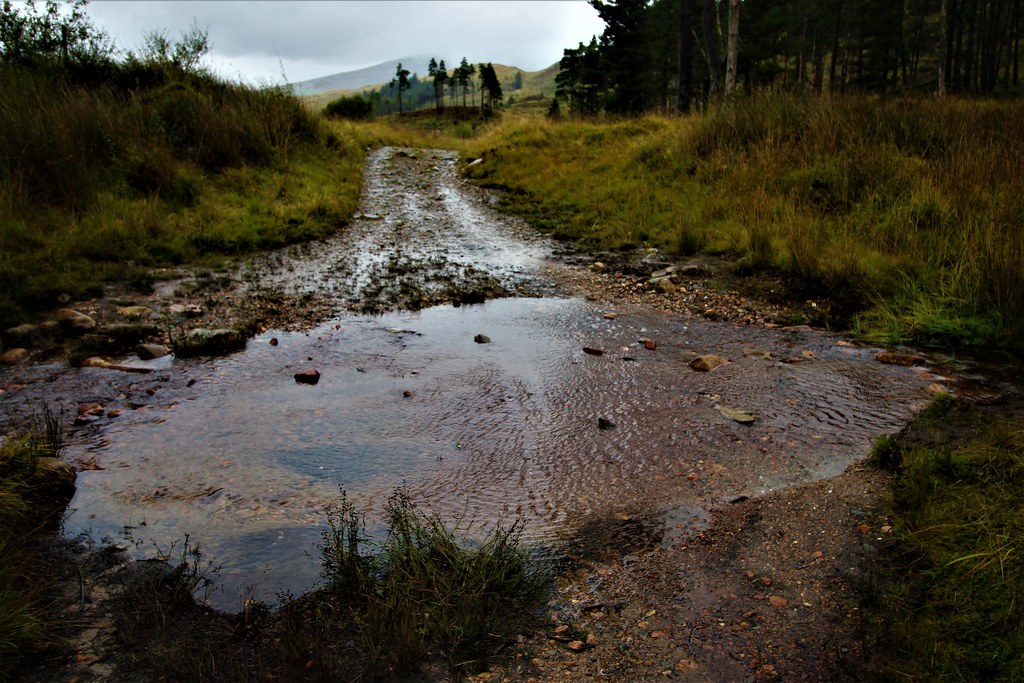 Example of stream crossing the trail 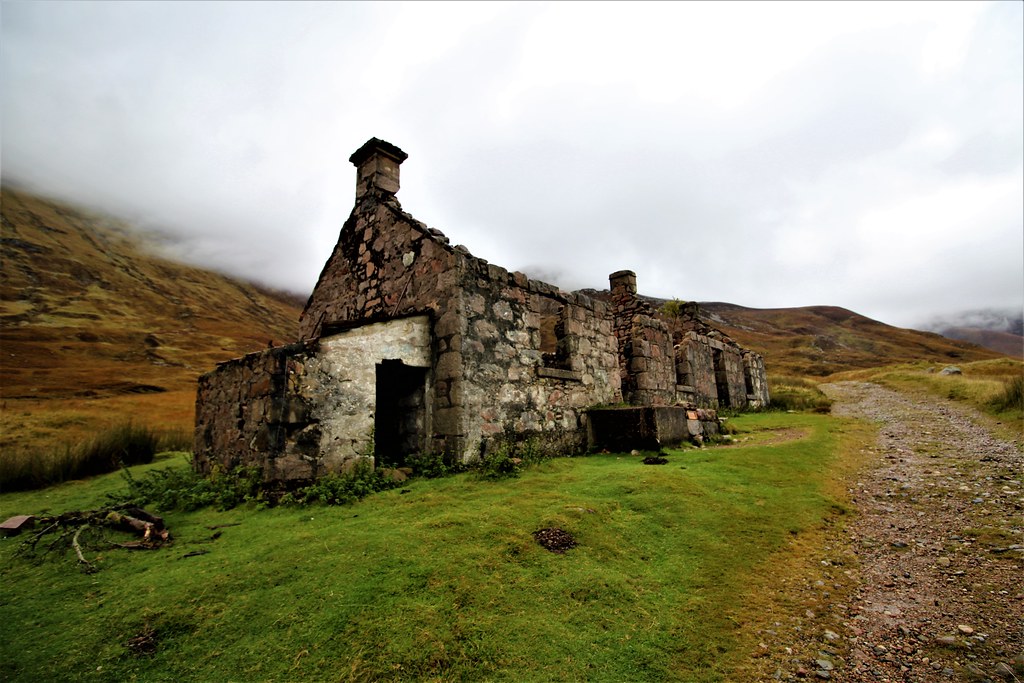 The above ruin is very close to the trail. The architecture has a military feel. The building could have been a bad weather refuge or used for provisioning. The conditions on this trail in winter could prove life threatening. 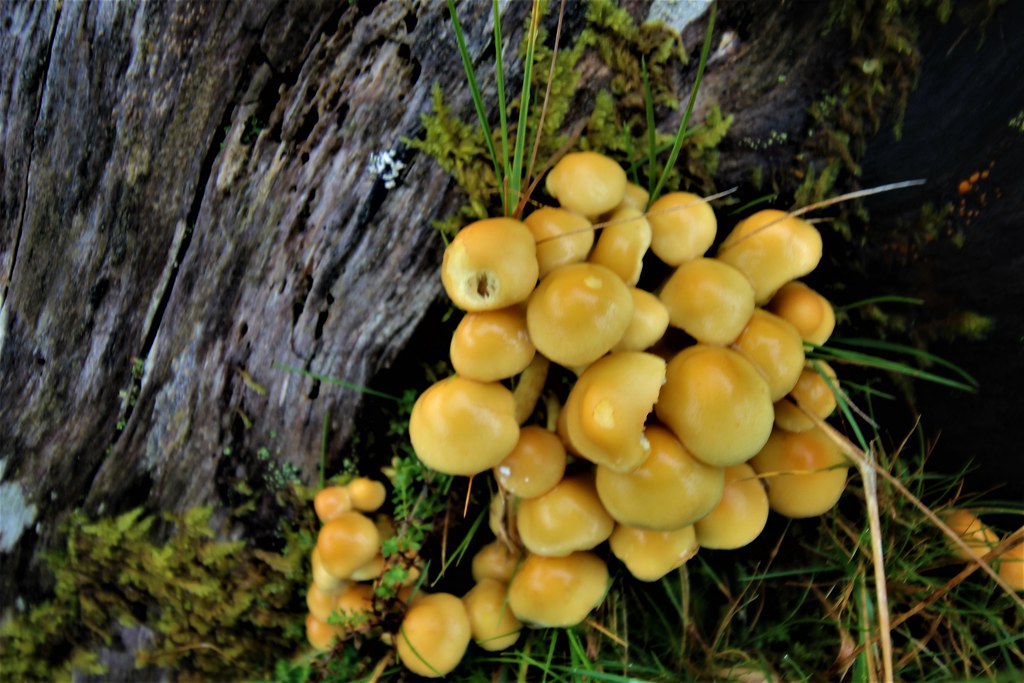 At end of the day I followed the normal tradition of walking up Fort William High Street to a dedicated seat whereupon is a statue of a famous hiker. 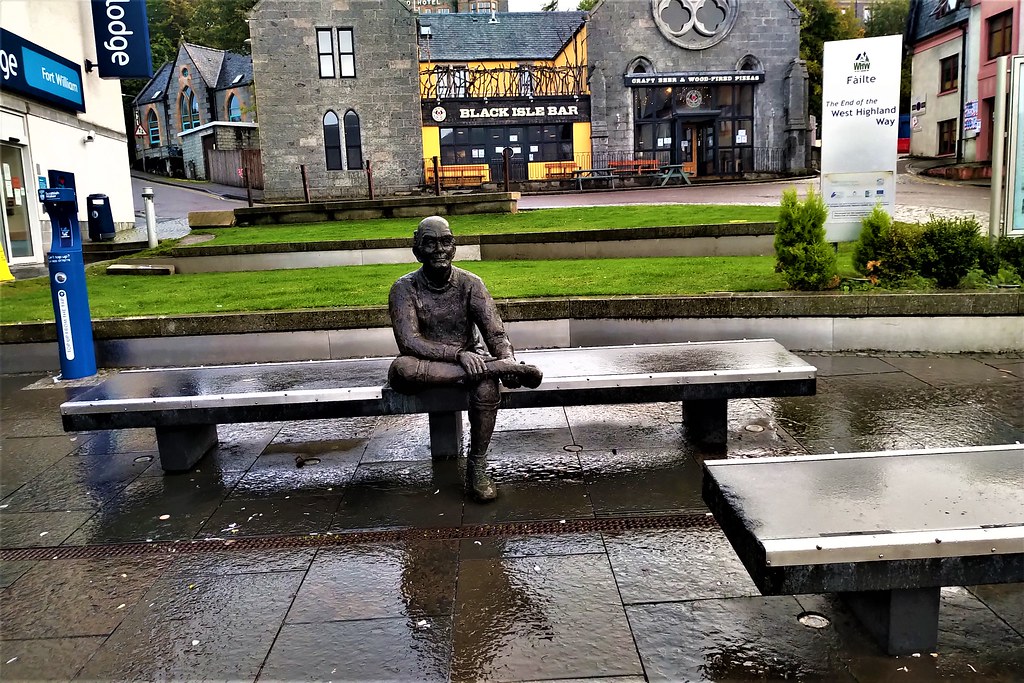 Please bear in mind the images presented in this post were taken in relatively poor visiblity, including rain in some instances.