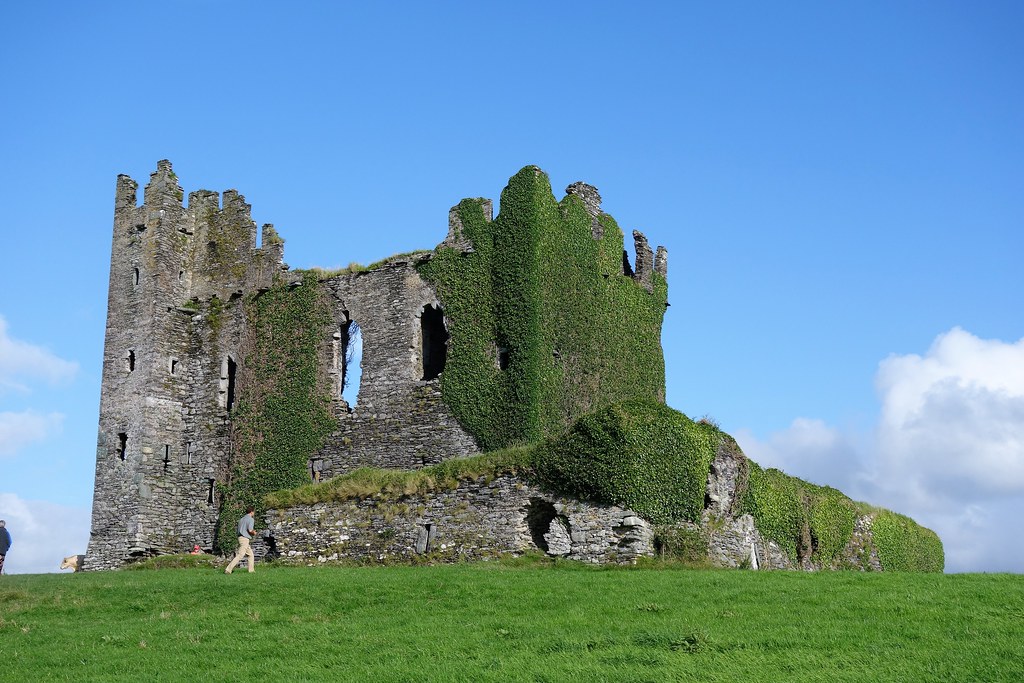 This evening, I am posting information on Ballycarbery Castle which is located 3km west of  Cahersiveen on the west coast of Ireland.The castle is 80 km west of Killarney and conveniently situated for tourists traversing the Ring of Kerry It originally commanded the local, coastal waterway.

As will be evident from the images herein, this castle is in a ruinous state, and potentially dangerous for visitors. Surprisingly, there are no restrictions on visitor access.

This castle may date from the 16th century, albeit on an earlier defensive site.It was originally a McCarthy Mor castle with ownership transferring to Sir Valentine Browne on the death of Donal McCarthy. In 1652 it was attacked by Parliamentary forces using cannon fire. 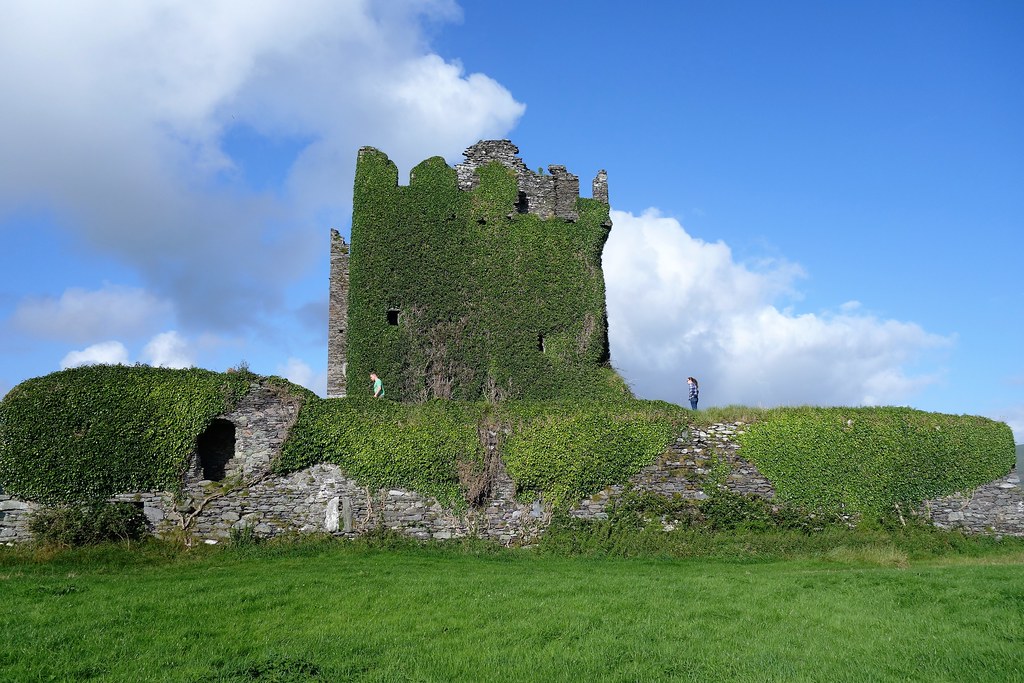 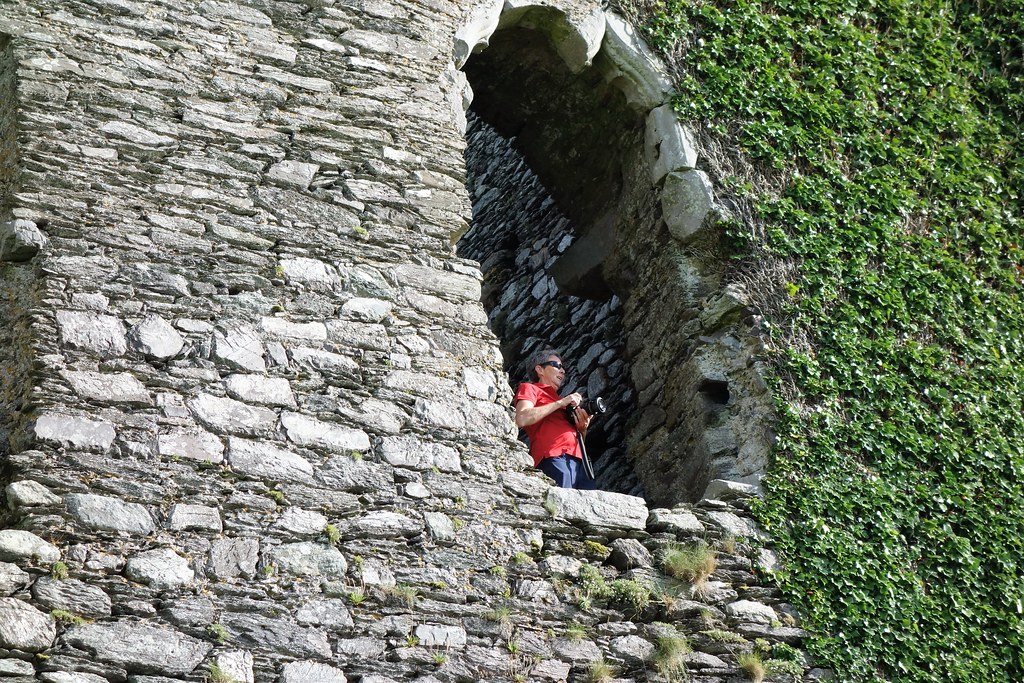