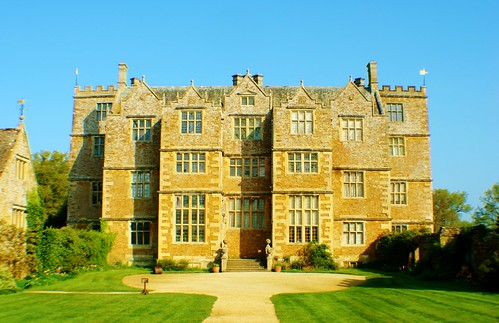 This evening, I am posting information on Chastleton House, a high status mansion from the early 17th century which is located in a secluded village, roughly midway between Moreton-in-Marsh and Chipping Norton in central England.Chastleton village is about eighty miles NW of London.

The Cotswolds region grew wealthy from the wool industry from medieval times onwards.However, this property was built for Walter Jones, a wealthy lawyer although he came from a family of wool merchants. Construction was undertaken between 1607 and 1612.

Unusually, the house stayed in the same extended Jones family for nearly 400 years, until 1991. Apparently, the family suffered financial losses during the English Civil War of the 17th century which were never recouped. The losses were due to support of the royalists who were the initial losers but were never compensated on restoration of the monarchy.Because the owners did not have the resources to progressively update the property is has remained as a virtual time capsule of the early 17th century. Inside can be found the Great Chamber, Long Gallery and a traditional kitchen whilst outside is a Jacobean garden and dovecote.

The garden has also been assigned heritage status being Grade II,or second highest .

NB: A  dovecote is a 'pigeon house' which was a common feature connected with high status castles and similar properties. Pigeons (birds and eggs) provided a ready food source at a time when all food had to be sourced locally.

Chastleton House is one of England’s historic treasures and is now open to the public under management of the National Trust,, a not-for profit heritage organisation.

The name 'Chastleton' is of Old English origin and can be traced back to 777 AD. It translates as 'Farmstead by the ruined prehistoric camp'.

For visiting times and other information please visit the relevant website. 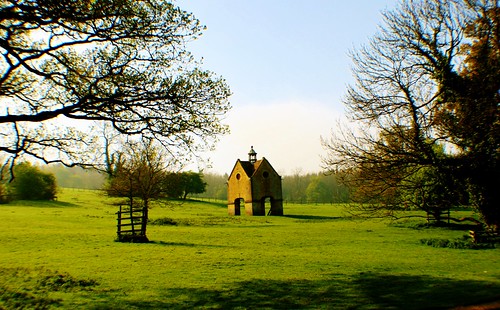