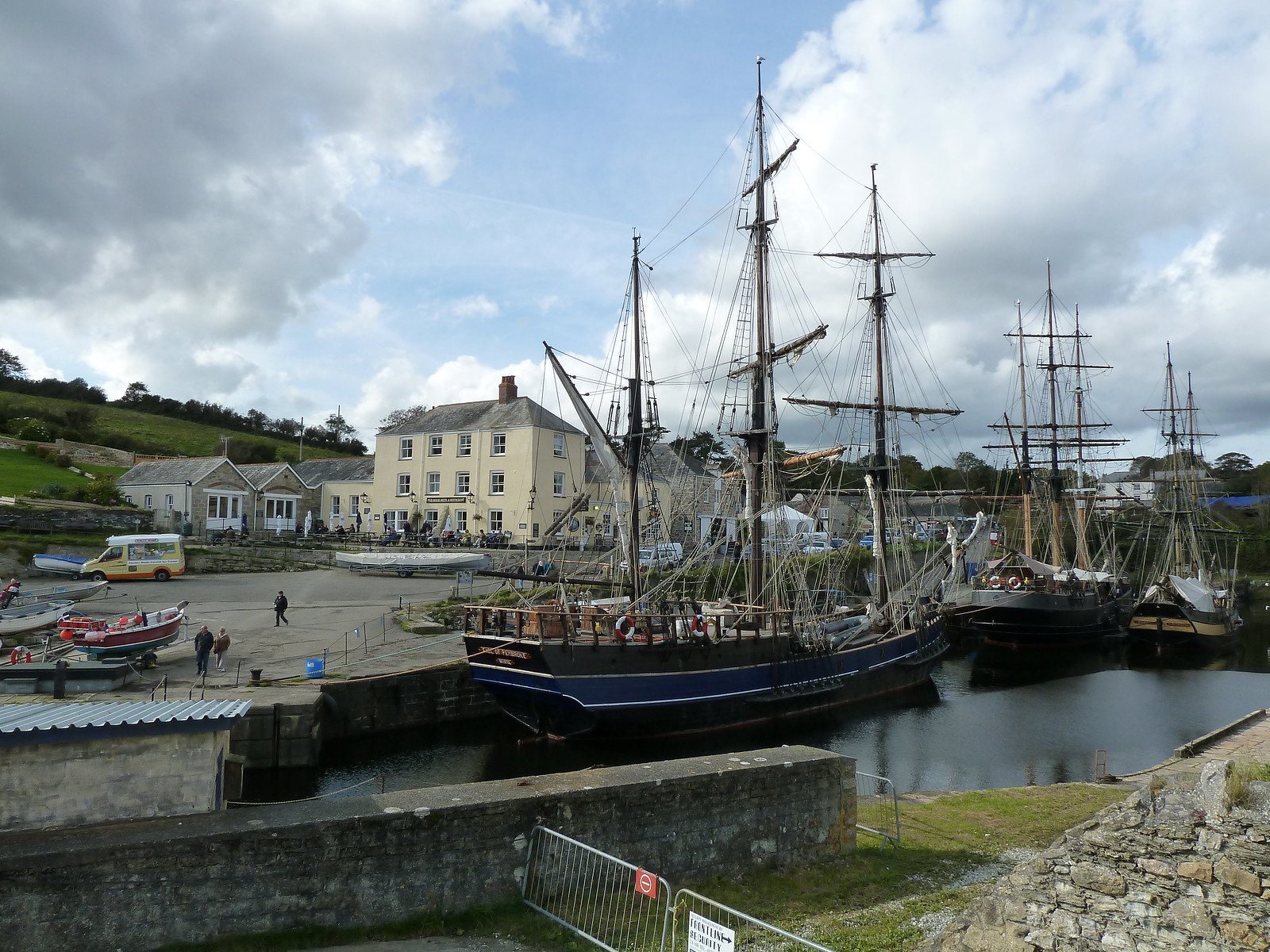 This evening, I am posting information on  Charlestown, a small harbour community in Cornwall on the south coast of S.W. England. Location is about forty miles west of Plymouth.

Charlestown is a very picturesque harbour which doubles as a film and T.V. set from time to time. There is also industrial history, a role in WW2, commercial fishing and, possibly the piece de resistance, a collection of sea-going Tall Ships.

Charlestown dates from the late 18th century. It was built by Charles Rashleigh who had the foresight to build a harbour on Cornwall's south coast to provide secure port facilities at a time when roads and railways were non-existent.Rashleigh died a broken man and bankrupt due to a major theft by one of his employees but the port venture proved a great success over the long term.

Over the years the port has served the fishing, minerals (tin and copper) and china clay industries. There was also a small shipbuilding industry. During WW2 the port was a naval base and was bombed by the enemy.

In recent times, Charlestown has taken on the role of film set, featuring in 23 films and 9 T.V.productions.

To date, over 100 TV programmes and films have made use of the iconic architecture which has starred in popular dramas such as Dr Who, Taboo and Mansfield Park. The harbour has also featured in such Hollywood films as Alice in Wonderland, Rebecca, The Three Musketeers and Treasure Island.

Charlestown is a popular tourist destination to accommodate which there is a wide number of hotels, guest houses, B&Bs and holiday cottages (vacation rental).

An interesting spot with lots of colour, history and even a beach.