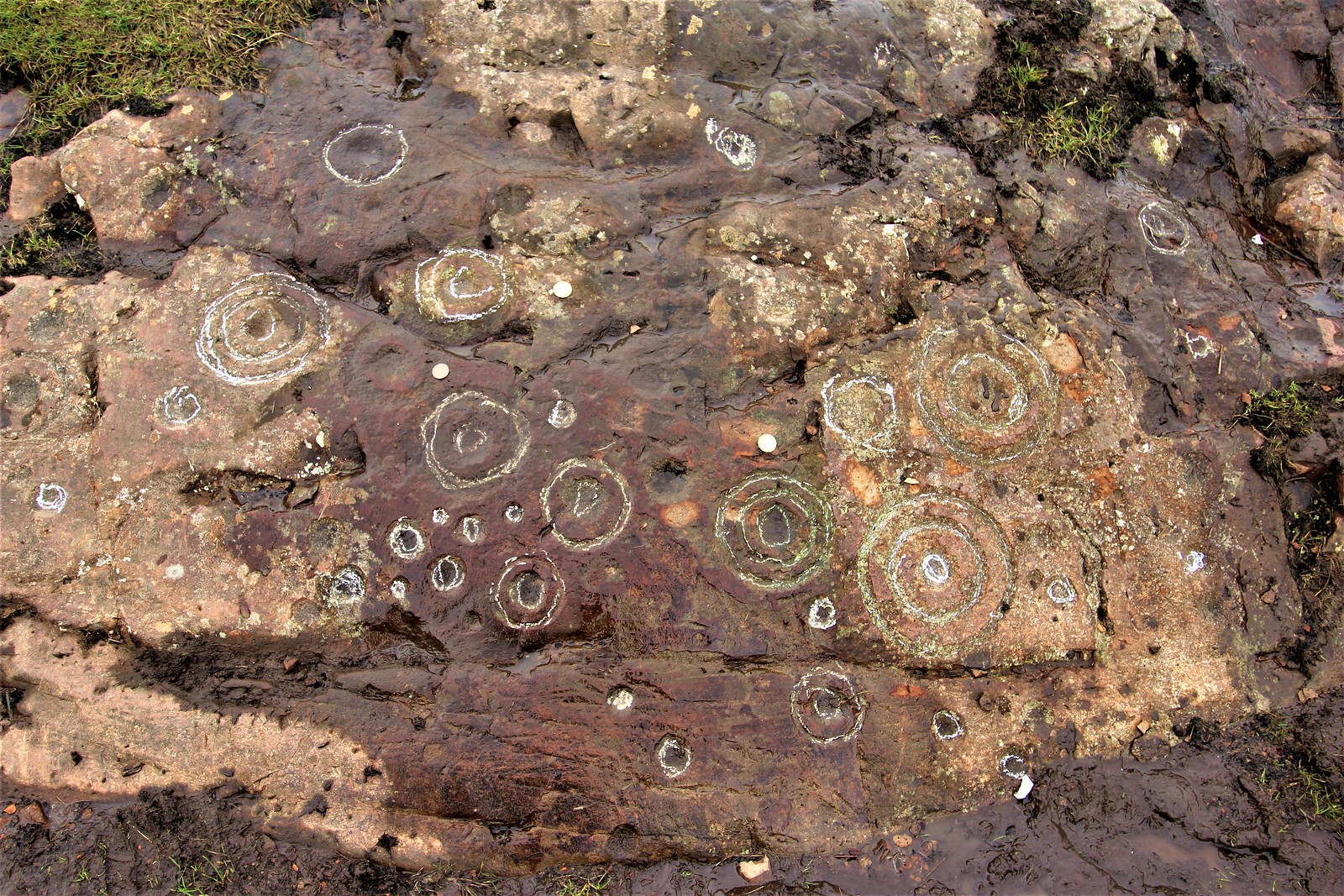 This evening, I am reporting on a six mile hike which my wife and I undertook today around the Fereneze Hills, close to Barrhead in the west of Scotland.

Key driver from my perspective was to revisit an exposed rock heavy populated with symbols associated with 'rock art'; from the prehistoric period, possibly around 5000 years old.I first encountered this site on December 29th last year when the rock was part covered by snow and ice but it is now clear.

Other sites visible from our route included an Iron-Age fortified site, distant views of residual snow on mountains to the north, golfers in action on a high elevation course and landscape views of the Kilpatrick Hills and the Glasgow conurbation.

This site probably dates from the period between 1200 BC and AD 400. It may have been reused between AD 400 and AD 700.The site occupies a broad hilltop with a rocky knoll at the N.E. End. This site is accessible to the public. 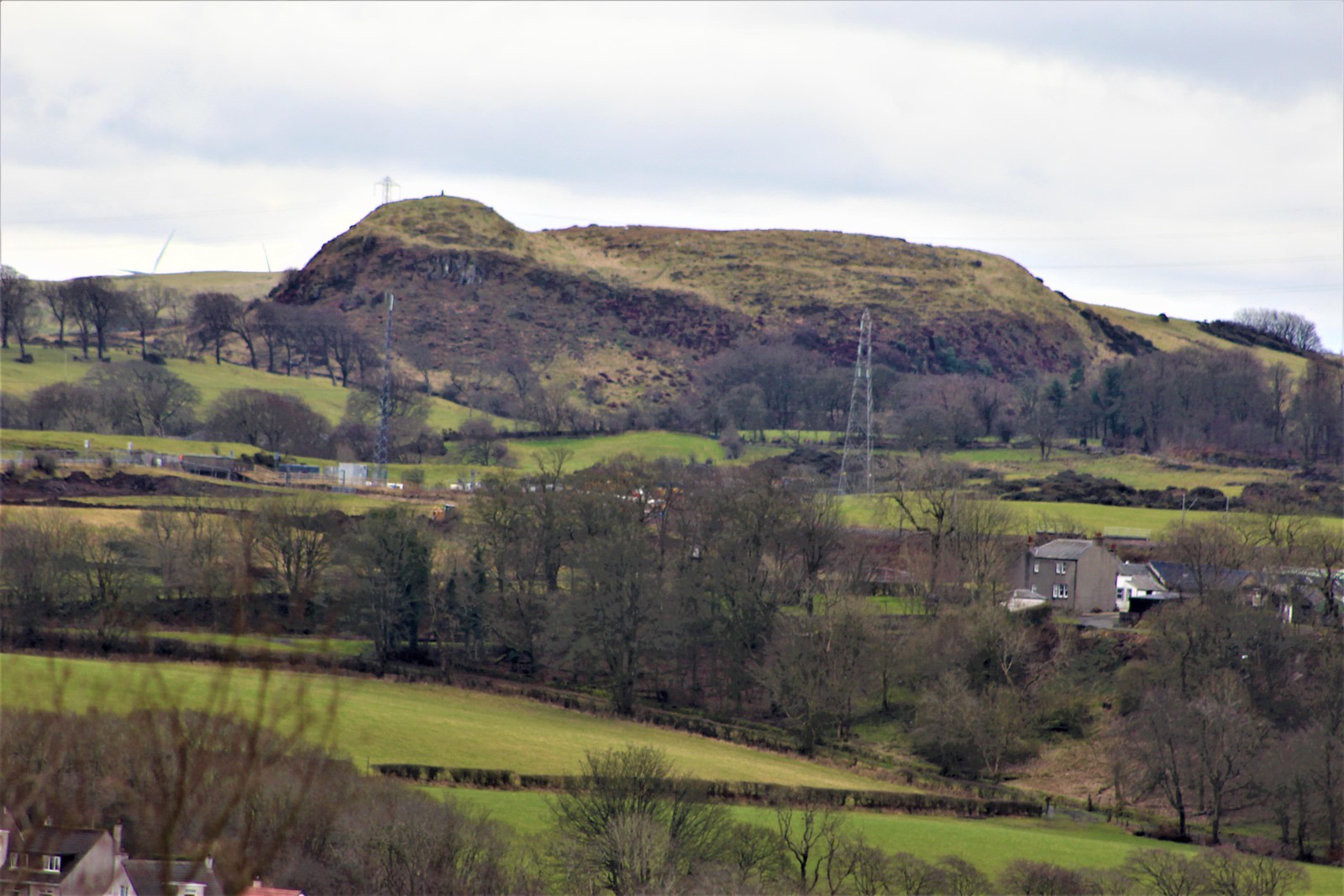 Vestiges of snow on mountains to the north

Sorry about the utility cables. In the Highlands snow can linger on the peaks through to June. 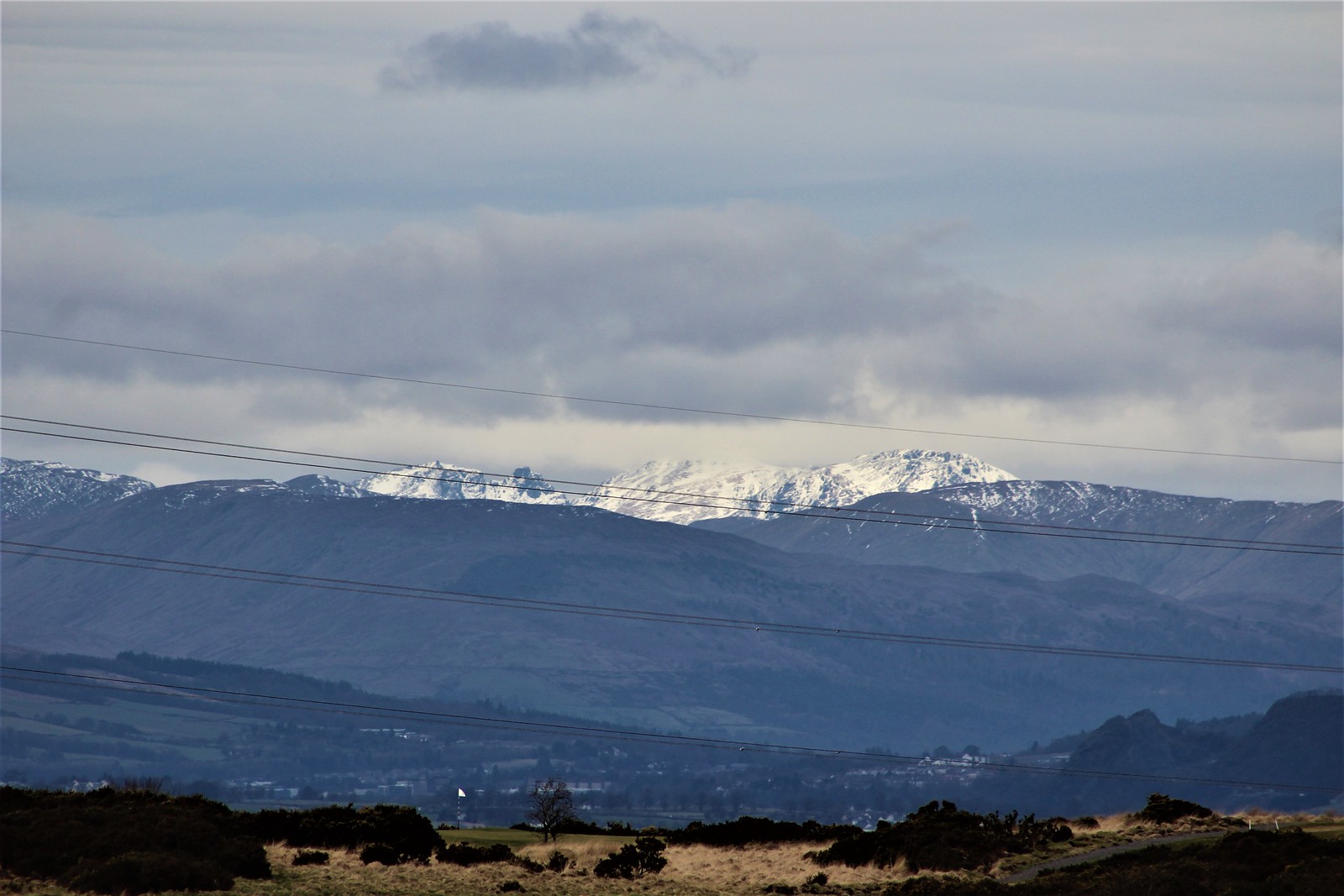 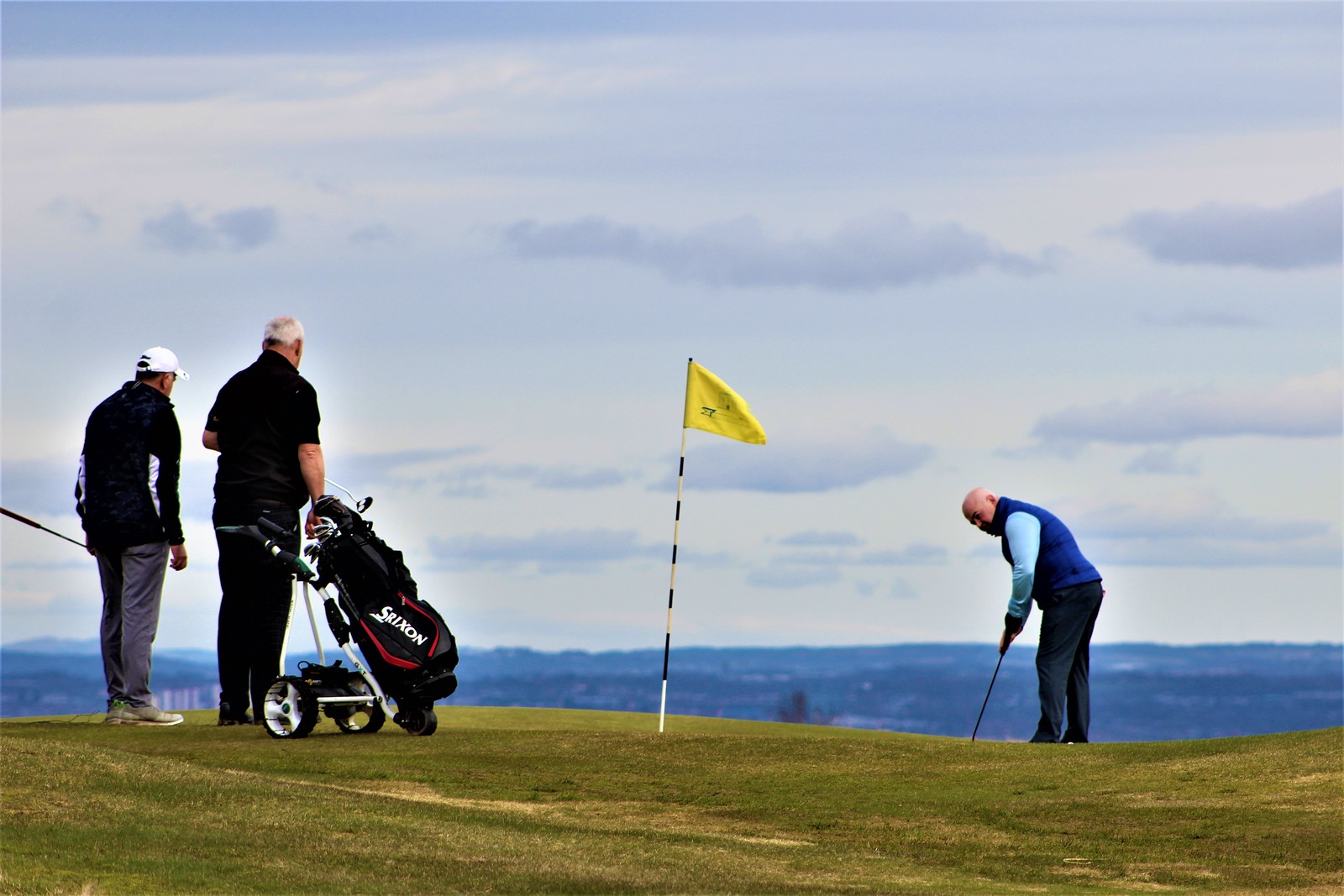 Glasgow conurbation with Kilpatrick Hills to the north. 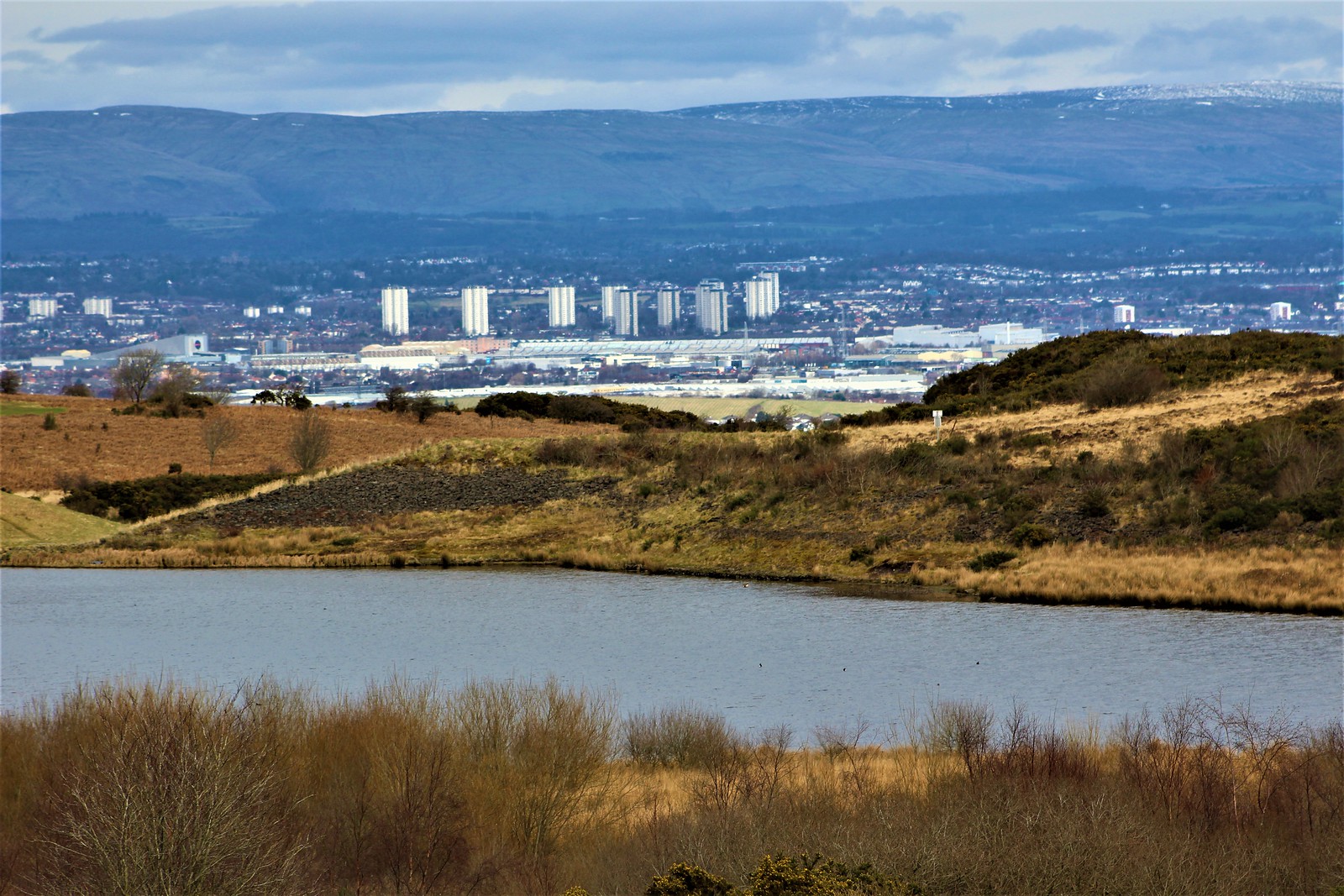 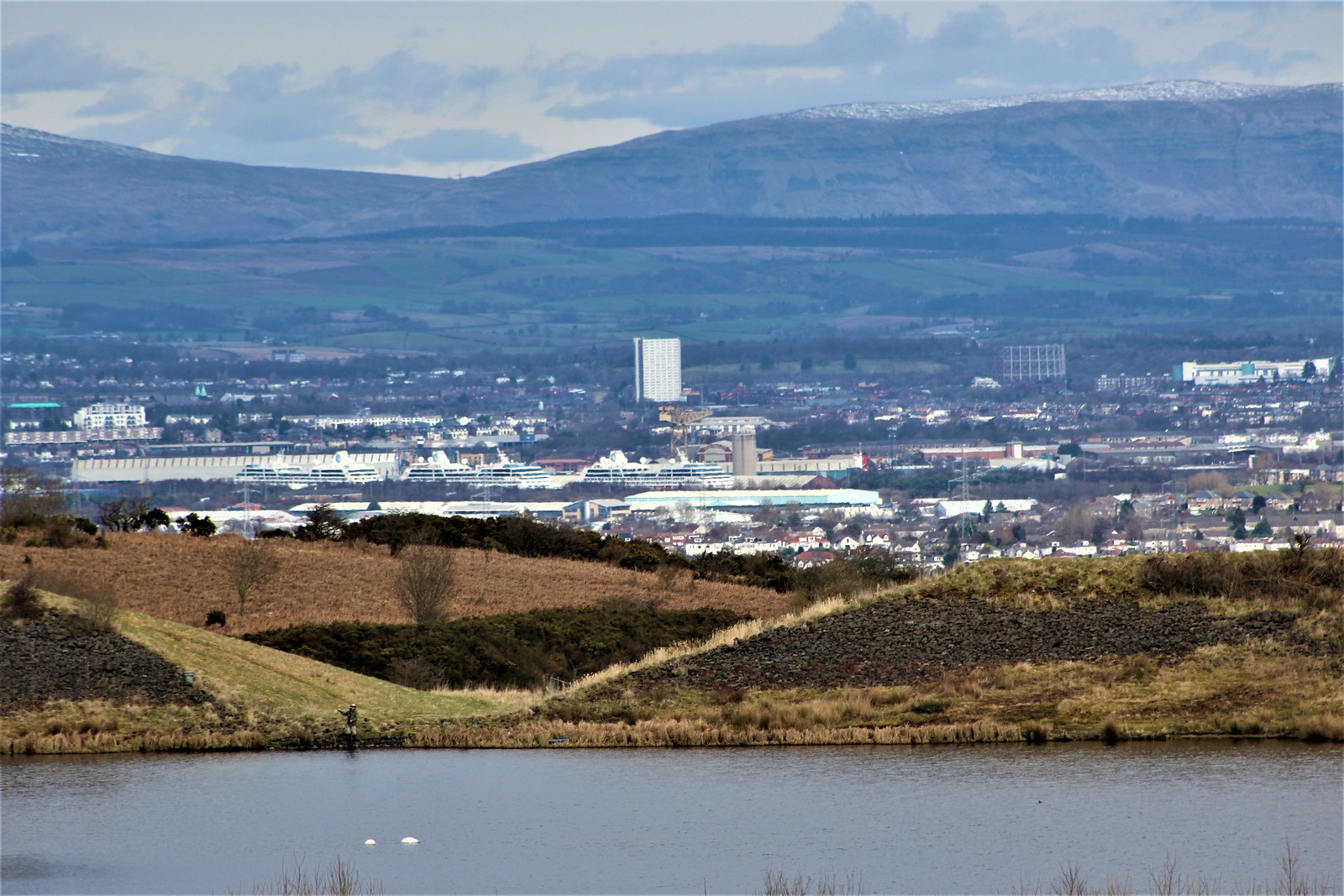 This is the interesting bit. The image and video below show classic 'cup and ring' marks.which,like many other examples in Scotland, are found on a glaciated, smooth, rock face close to the surface and in a prominent position. The carvings are impossible to date using scientific methods but are usually associated with the Neolithic period of around 5000 years ago.

For ease of understanding, I embellished the carvings with chalk but on close examination I have obviously missed a few. I deposited a few coins on the surface for purposes of illustrating scale.

The final image below was taken on my previous visit, on Dec 29th 2020. Examination of the image shows a dark area with an outline of what appear to be an equine shape. This could of course be a fluke due to geology of the rock and/or climatic conditions on the day. The equine shape did not appear evident today but I have earmarked this site for further investigation. 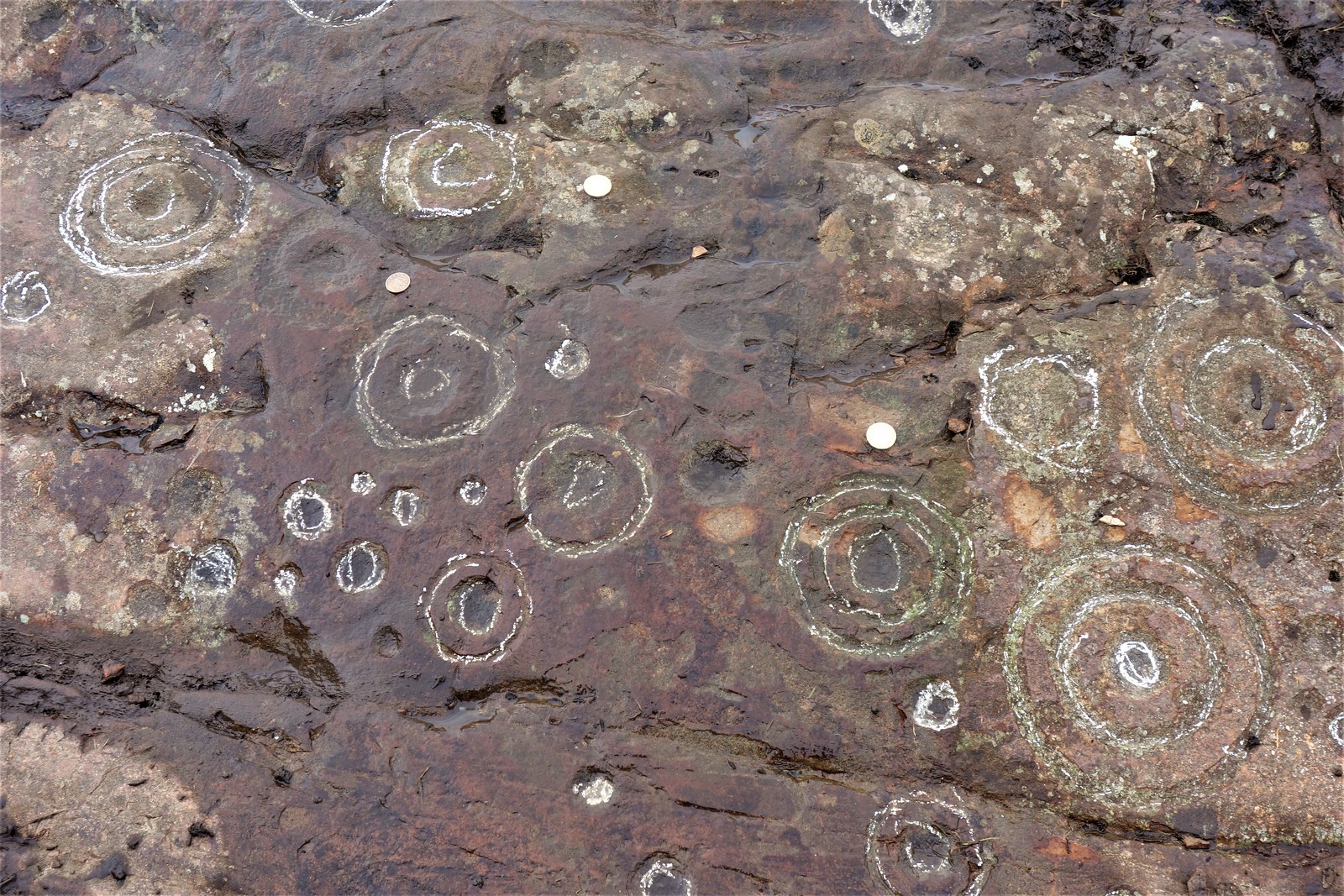 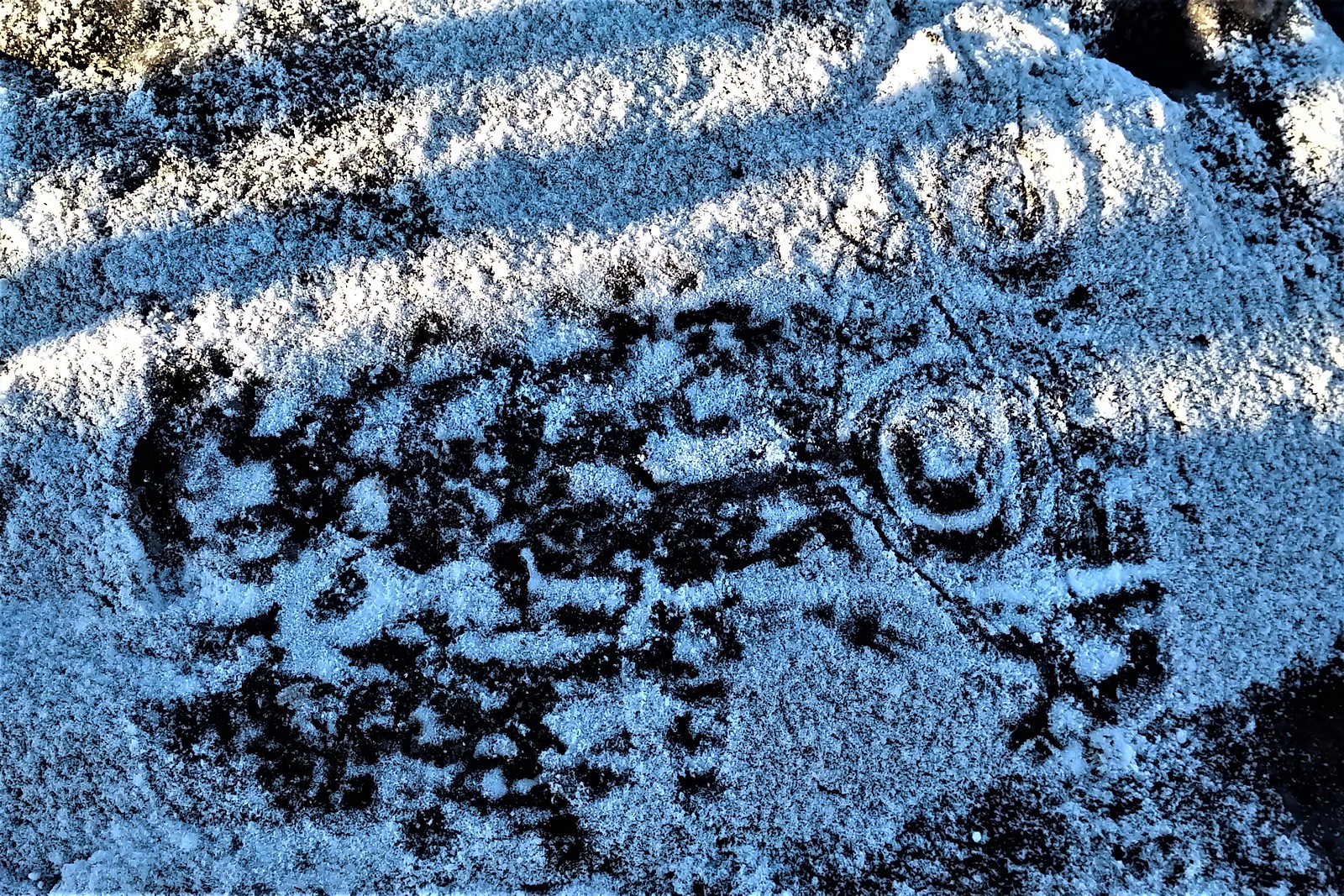