Lancaster Castle: A building dating from the 11th century but still in use as court. 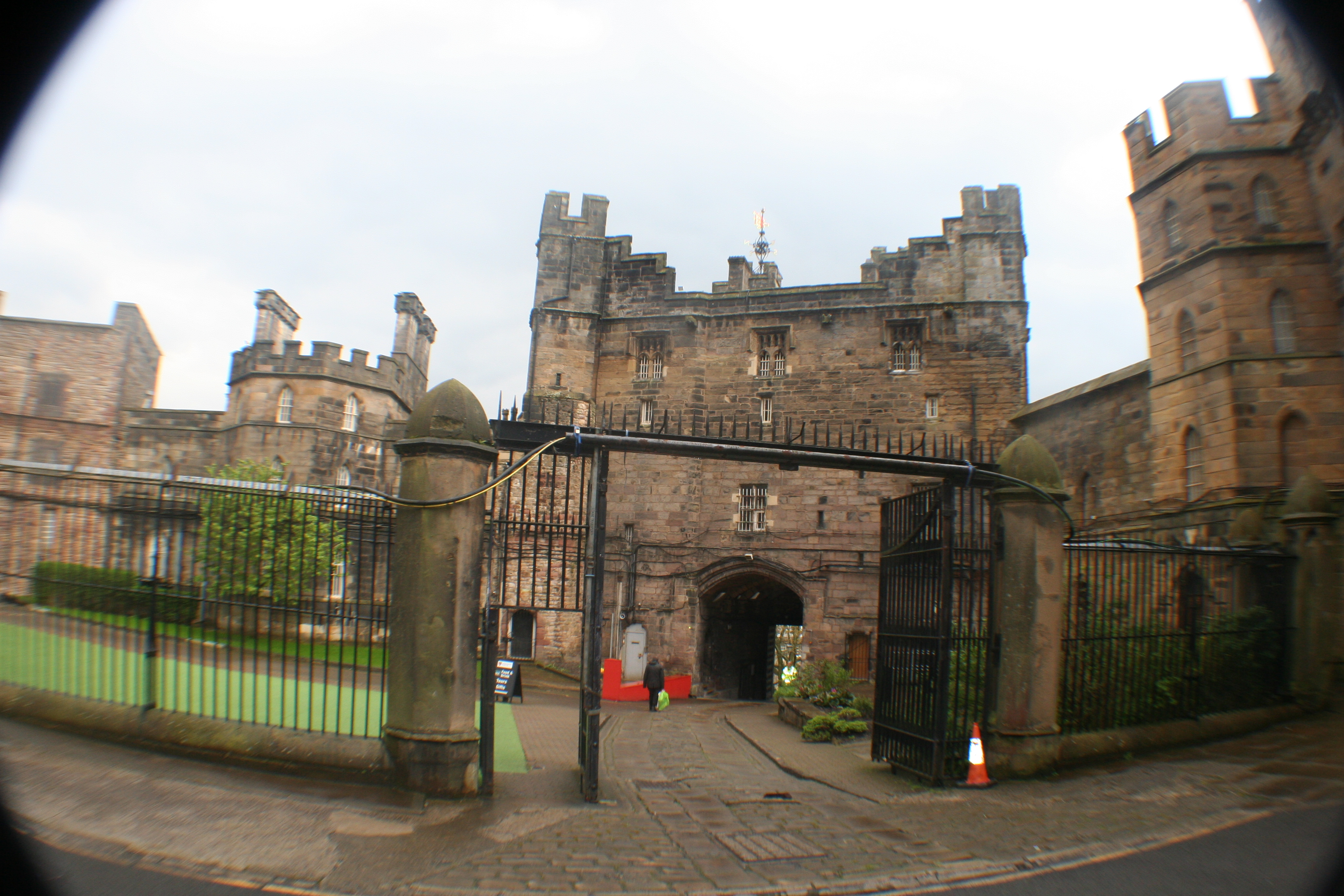 This afternoon I am reporting on Lancaster Castle in Northern England, about sixty miles north of Liverpool. This was much different from the usual medieval ruins of British castles.

Lancaster has Roman origins dating from around AD80 but is now a large city with population of 52,000.

Although parts of this substantial castle building date from the Norman period of the 11th century, there were additions up to the 15th century. However, there were further expansions in the 18th and 19th centuries to accommodate the needs of a combined County Court and prison. In fact the Castle ceased to have a custodial function as recently as 2011.

The courtrooms for civil cases ( very elaborate) and criminal cases are still in use and were included in our tour as was a section of the former prison cells. In one of the exhibition rooms there was even a Roman altar, which was found locally and confirms the long history of settlement in Lancaster.

We learned about the gruesome punishments handed out in the 18th and 19th centuries when capital punishments, deportations and quasi torture were commonplace. The tour lasted about 95 minutes and was very informative.

Opportunities for photographs were limited because of legal restrictions applying to the interior courts section.