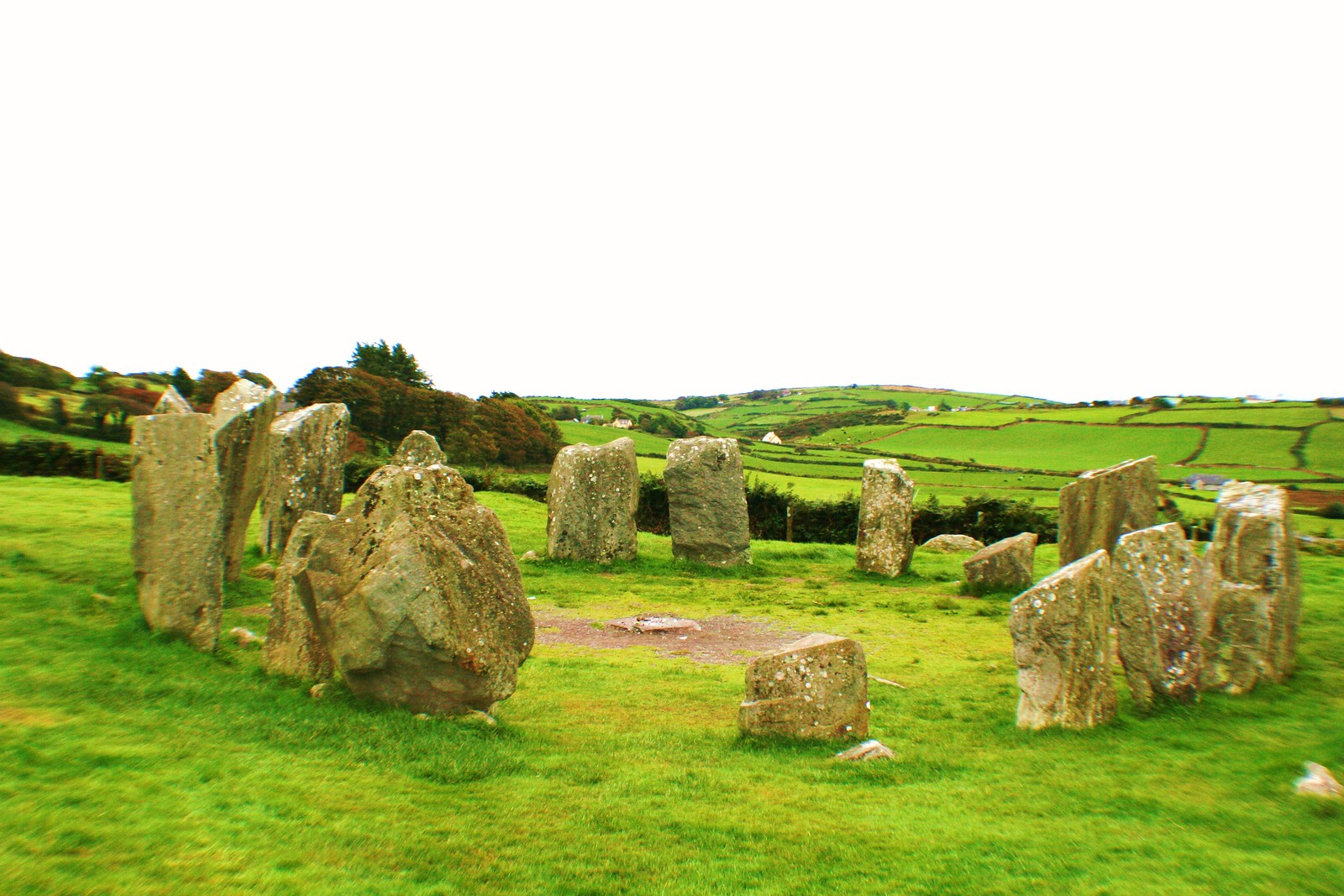 This evening, I am reporting on Drombeg prehistoric site which is located near Skibbereen and Glandore in the S.W.of Ireland. the name Drombeg translates from the Gaelic as 'the small ridge'.

The site has two components, a stone circle and conjoined prehistoric huts more information on which is provided below.

Radiocarbon dating of human remains found at the site during a 1957 excavation suggests that the area was built and actively used between 1100-800 BC.

Located on the edge of a terrace with views to the sea. Originally comprised seventeen pillars of which thirteen remain. The circle is 9.3m (31ft) in diameter. The stones were graded in height and featured portals at east and west positions. The recumbent block in the S.W. is aligned with the winter solstice.The cremated remains of a young person, wrapped in cloth, were found in the centre of the circle during excavations in the 1950s. 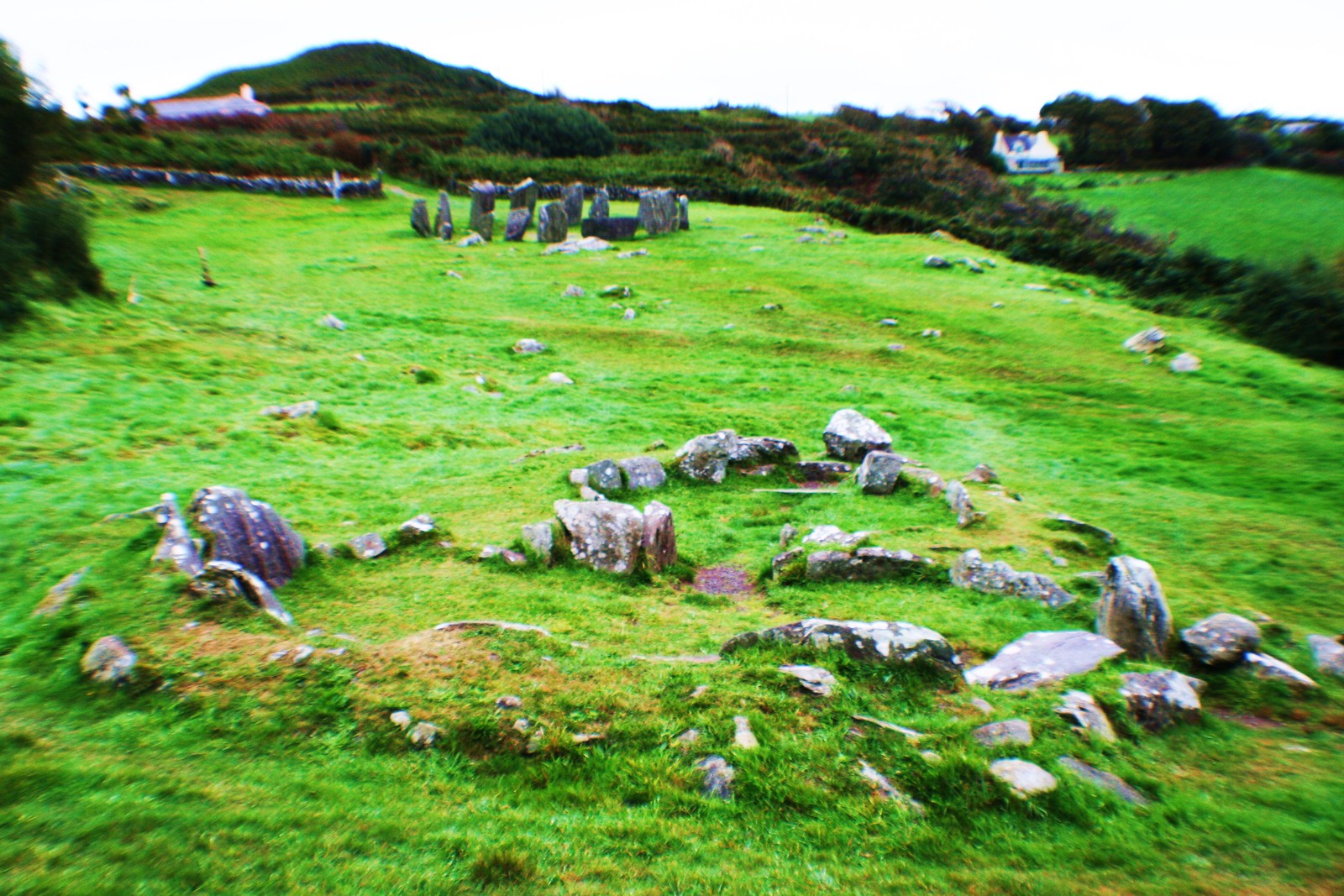 Two conjoined huts can be seen 40m ( 44 yds) to the west of the circle one of which contained a rectangular oven. The western hut was linked to a fulacht fiadh, a rectangular flagged cooking-trough with adjacent hearth for heating stones which were used to heat water. 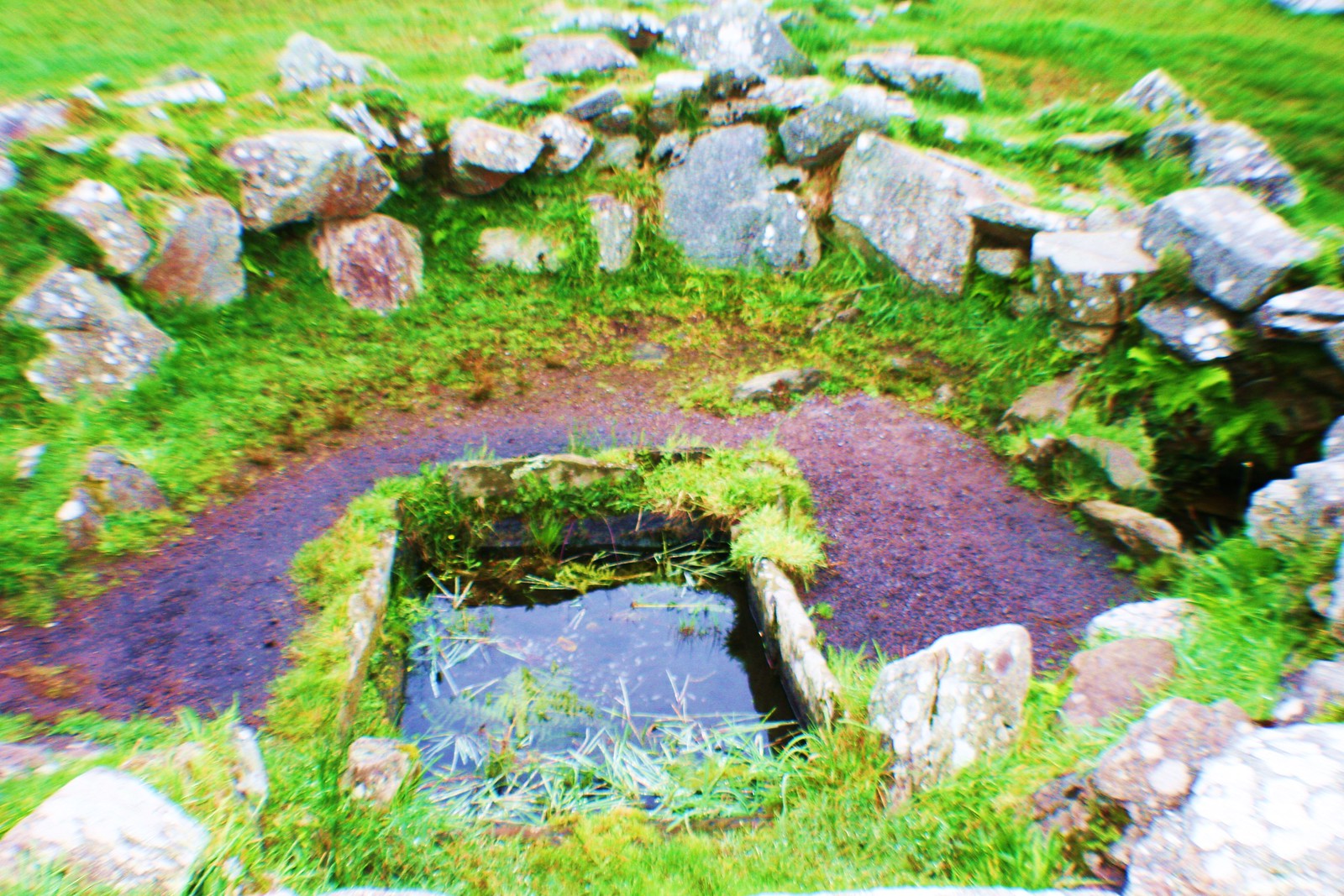