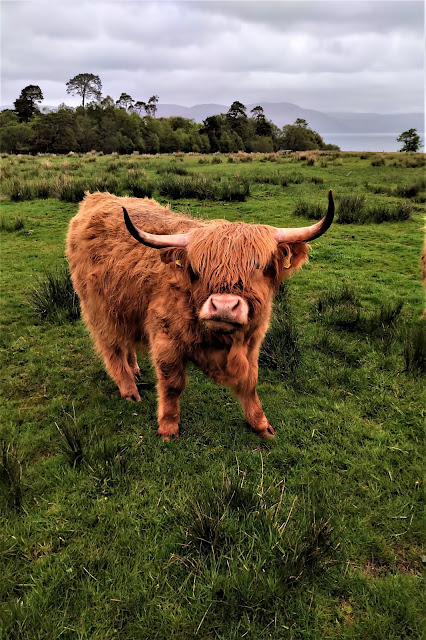 Today, weather was, as predicted, characterised by persistent rain.Same conditions are on the agenda tomorrow.

This structure has a long association with Clan MacLean with latter tracing back to 1174.

The castle was originally part of a chain of such fortifications around the Sound of Mull in the west of Scotland. It came under MacLean control in 1350 as wedding dowry settlement.It was then embellished and enlarged under the new ownership.

Further structural imporovements were made in the mid 17th century.

In 1691 the castle was surrendered to the Duke of Argyll (Clan Campbell). Subsequently, the castle was used as a garrison for government troops until 1751 when it was abandoned.

In 1910 the castle was purchased by Sir Fitzroy MacLean, 26th chief of the clan. He then embarked on a huge project to restore the ruined building.

It is evident from the scaffolding surrounding the building that further work is in process. This is because the mortar used on the 20th century restoration has proved defective and is being replaced in order to keep the building watertight. 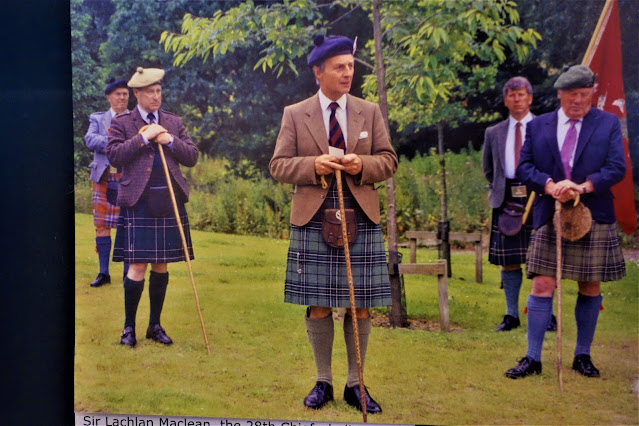 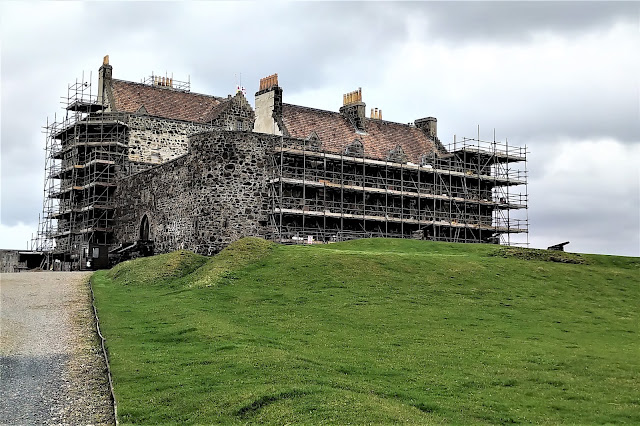 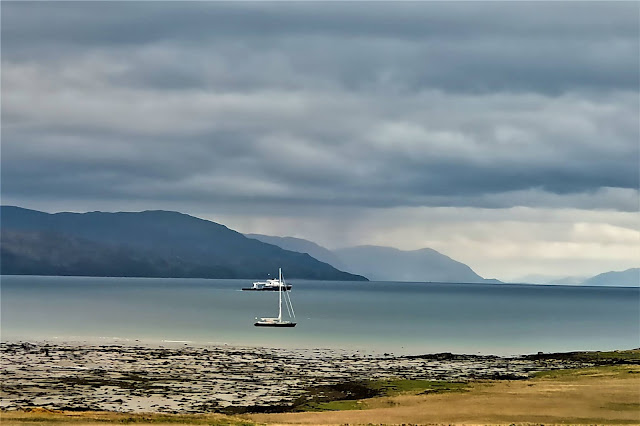 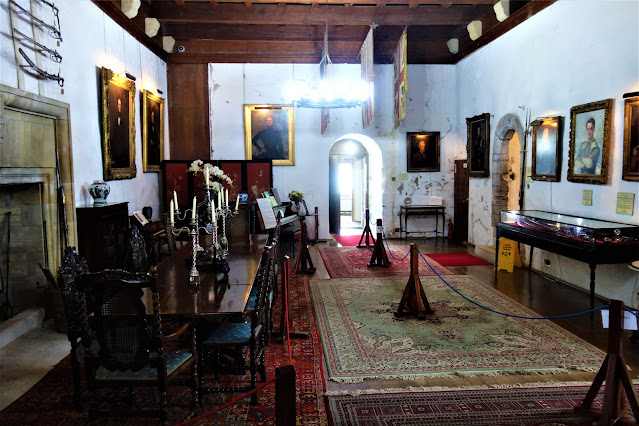 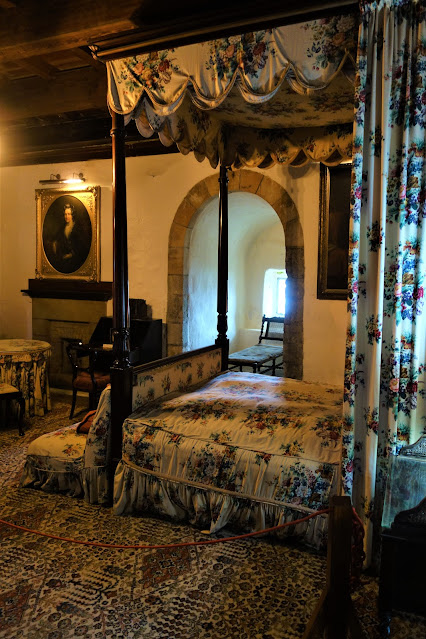 View from a castle window 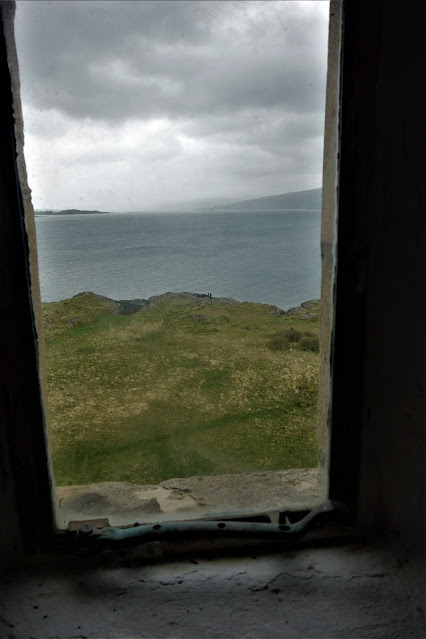 Small cannon salvaged from a warship from the Spanish Armada (1588) which sank in Tobermory Harbour on Mull. 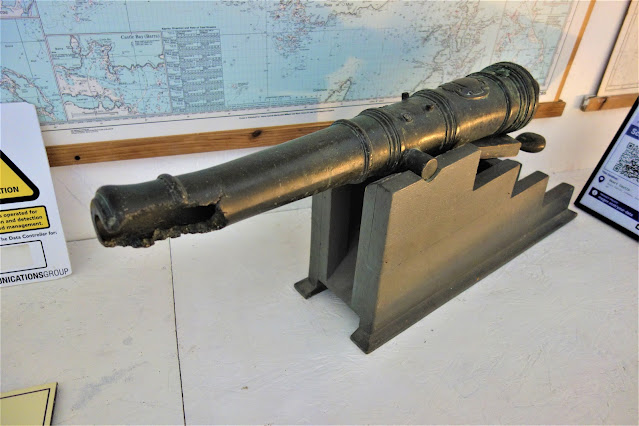 Interior stairs at castle. In common with other castles, these are designed to provide advantage to defending right-handed swordsman. 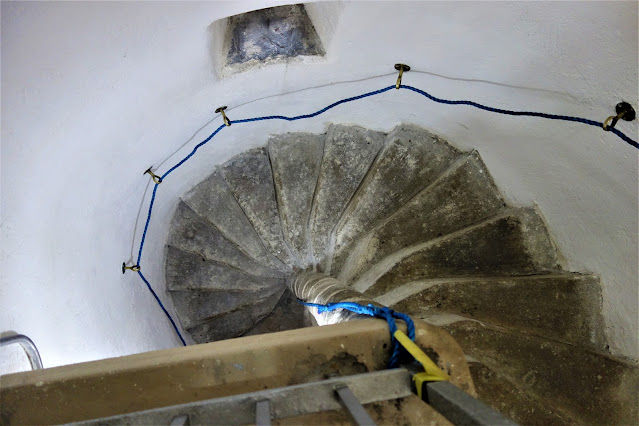 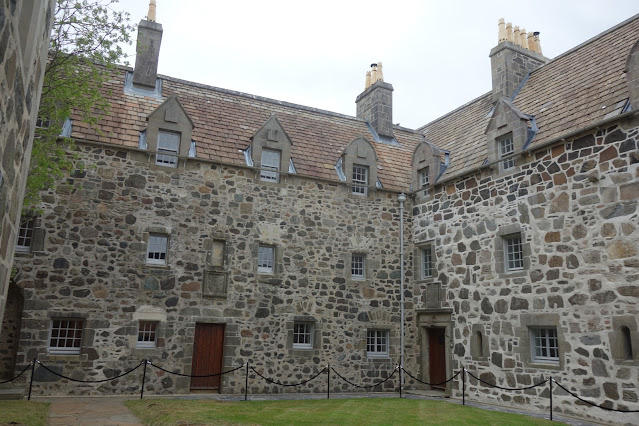 After concluding our tour of the castle we availed of refreshments and then travelled (via single track roads) across the island to visit the Eas Force waterfall.

This feature cpmprises two halves, upper and lower. Today, we focused on the easily accessed upper half whilst later in the week we will return to view the more challenging lower half which cascades into the sea.

For about 400 years until 1266, Mull formed part of Norwegian possessions in the west of Scotland.Force is the Old Norse name for waterfall which can also be found in the English Lake District. Latter was also settled by Norwegians. 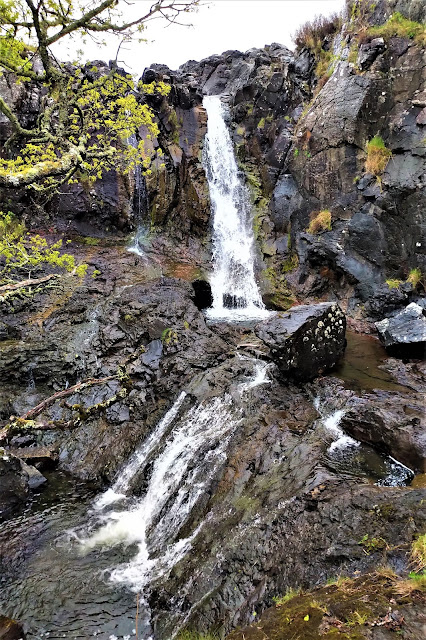