This evening, I am reporting on the historic village (pop 1160) of Falkland in Fife eastern Scotland. 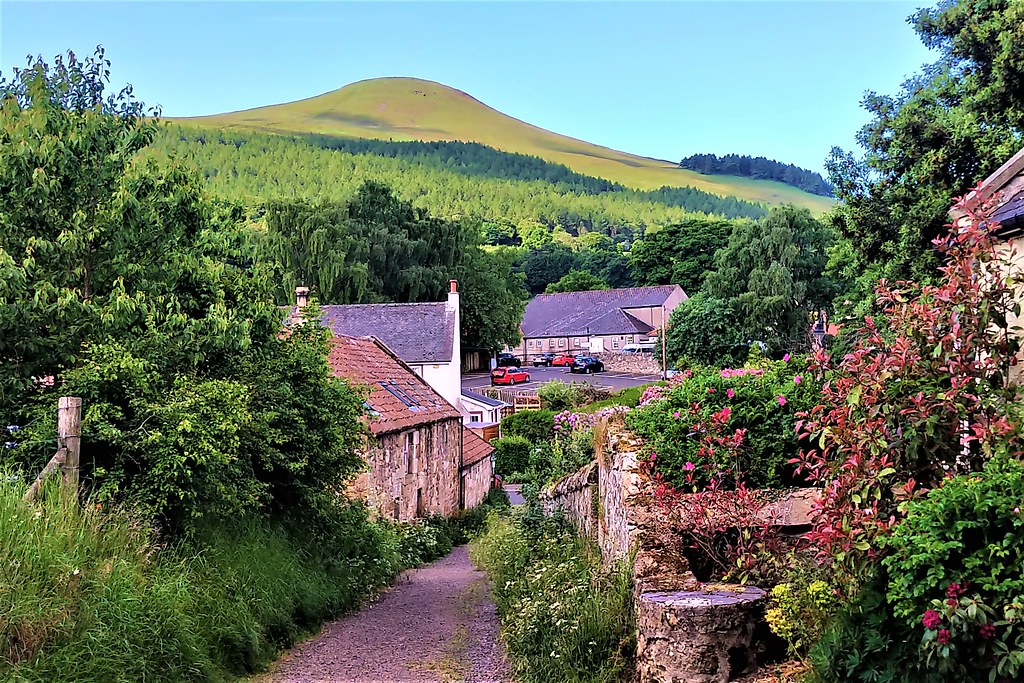 Falkland was Scotland's first conservation village and is home to more than 100 listed buildings. The street layout is typical medieval.

The Victorian gothic Bruce fountain sits at the centre of the main square which is dominated by the impressive parish church (Presbyterian).

The name indicates early connections with the sport of Falconry. 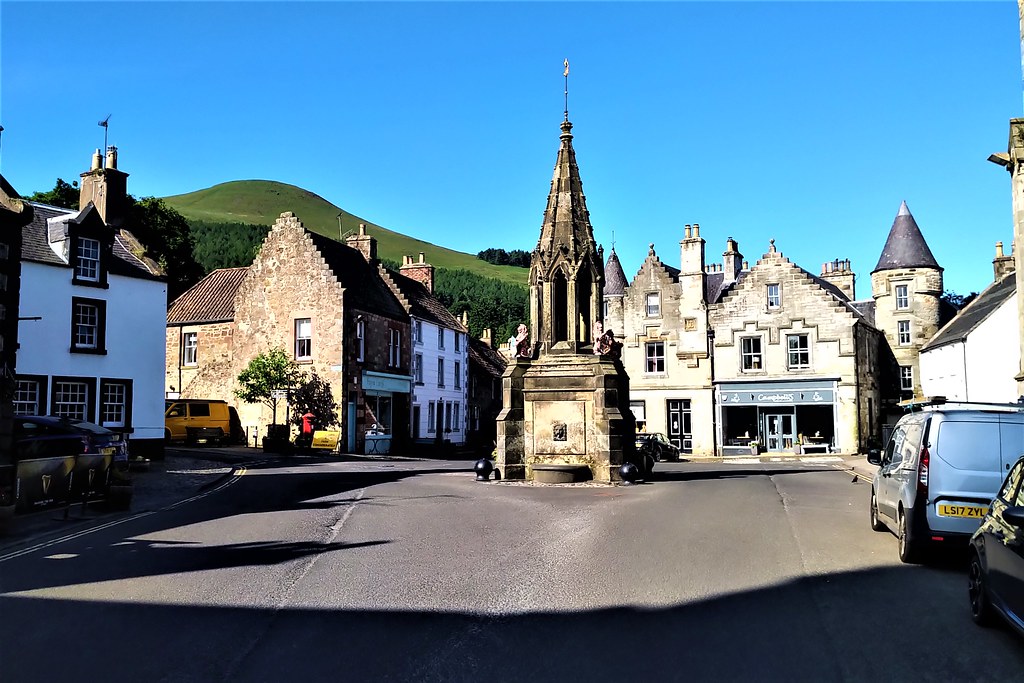 This was the country residence of Scotland's royal dynasty known as the Stuarts. Mary, Queen of Scots (a Stuart) was a frequent visitor. The palace was acquired in the 14th century then rebuilt in Renaissance style in the early 16th century. Later, in the 17th century, the building was accidentally destroyed by fire but not rebuilt until the late 19th century.

The palace is now managed by The National Trust for Scotland and open to the public. Check website for details. 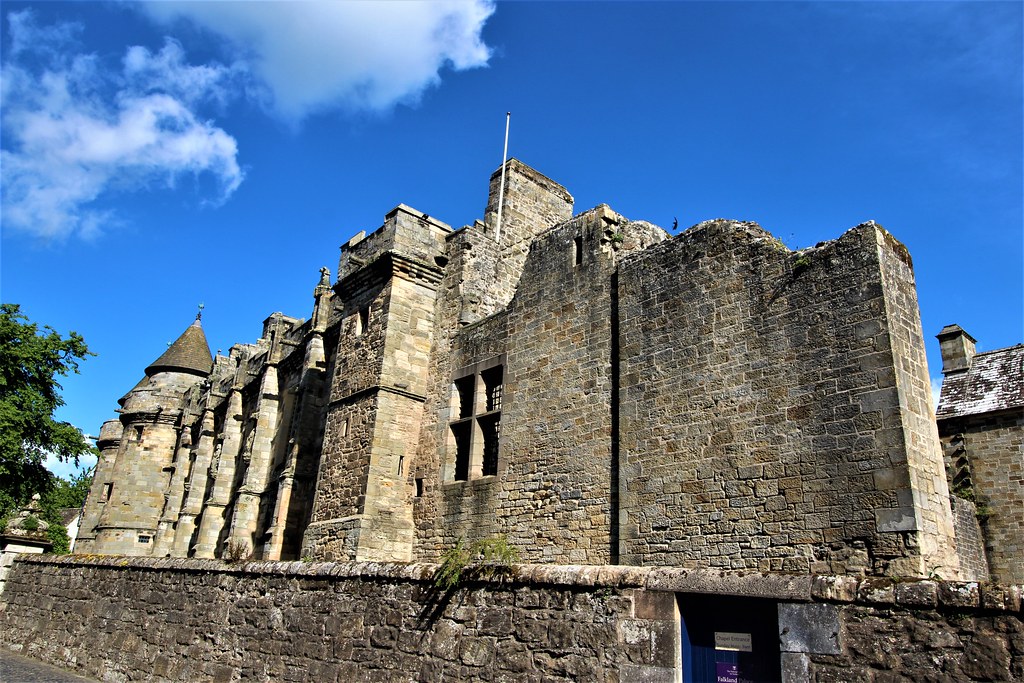 Side elevation of Falkland Palace 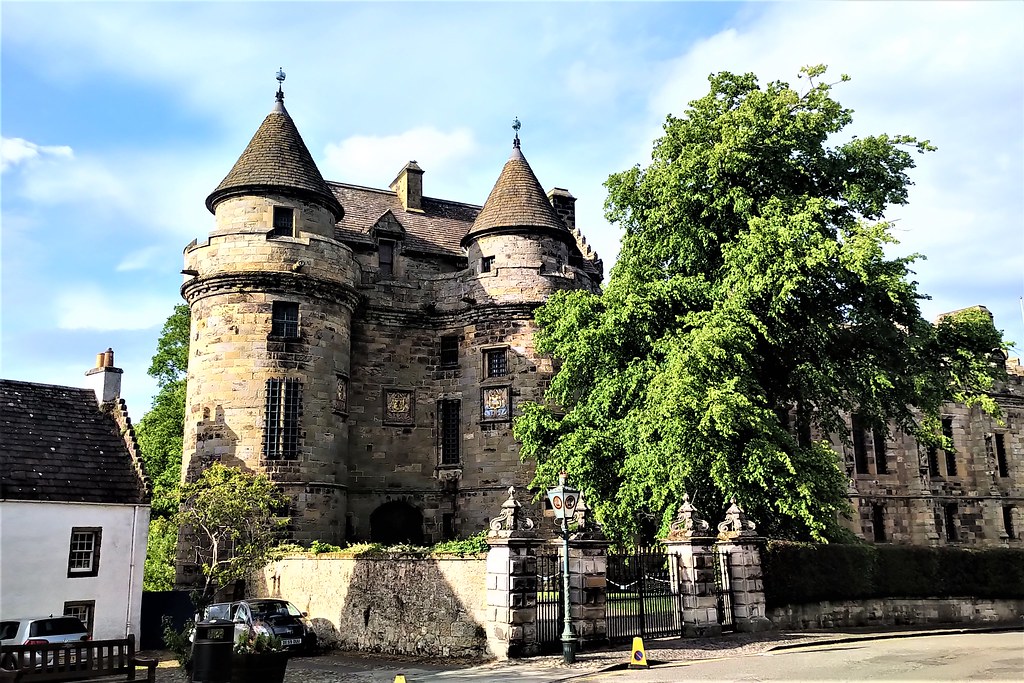 Falkland was featured in Season One when Frank and Claire have their second honeymoon in the Scottish Highlands in 1945.

It featured in Season Two as Inverness in the 1960s when Claire, Rob and Brianna go searching for Jamie.

Falkland also featured in Season Four when Rob is searching for Brianna.

More information for the tourist