Today was Day 1 of my nine day hike across central Scotland. 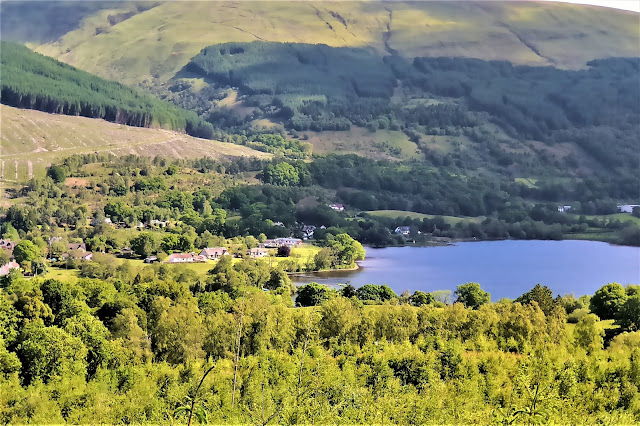 Kinlochard at western end of the loch. Start point of my hike.

Weather was clement with negligible wind, cloudy with little rain and mild tempertaures.

A taxi arrived on schedule to transfer me to the start point but the passenger seat was occupied by a particular noisy and snarling little terrier dog. Once he was removed to the rear of the vehicle the animal calmed down and we moved on. The driver transpired to be a retired mountain guide who regailed me with stories of his exploits. An interesting start!

The driver deposited me, as arranged, near Kinlochard at the western end of Loch Ard from where I connected with trails along the south of the Loch to take me back to Aberfoyle.Distance of this section was about 7.5 miles.

One of the 22 lochs that make up Loch Lomond & The Trossachs National Park, Loch Ard is believed to be the source of the River Forth which flows from its eastern end. Famous Scottish author and poet, Sir Walter Scott, name checked the loch in his 1817 novel Rob Roy describing it as ‘an enchanting sheet of water.’ On the loch’s southern shores lie the ruins of a castle built by nobleman Murdoch Stewart, Duke of Albany, executed by James I for treason in 1425. 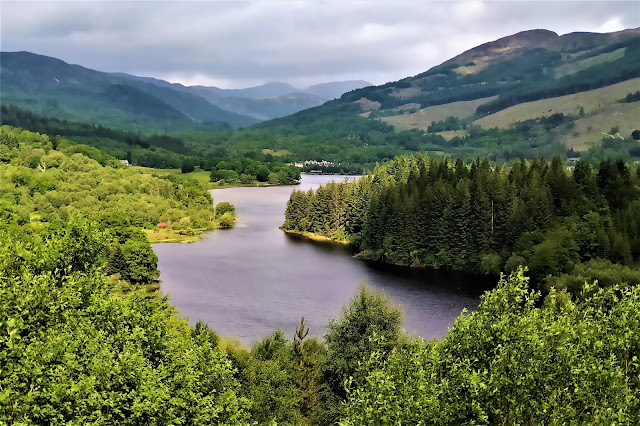 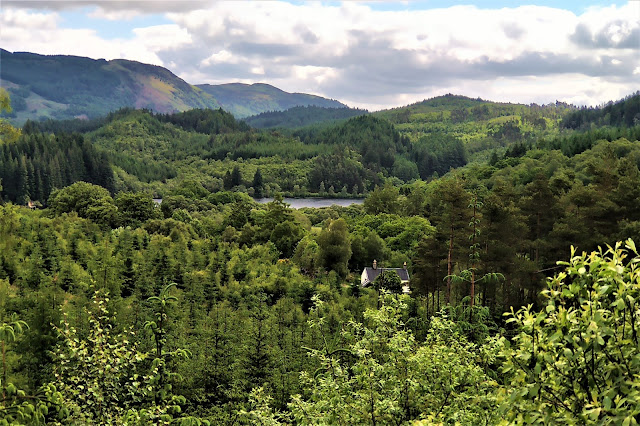 Lanndscape view looking N.E. The loch can be seen in centre of the image. 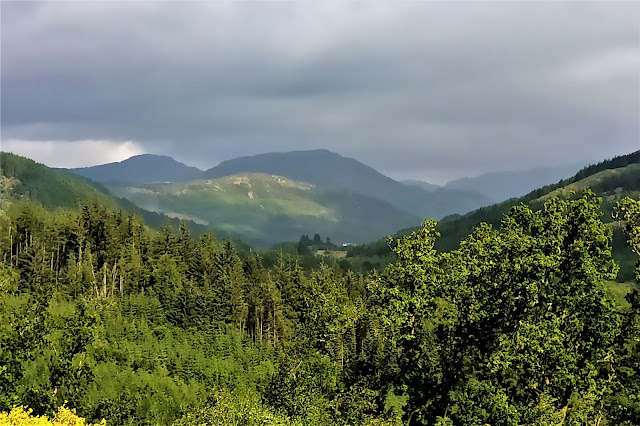 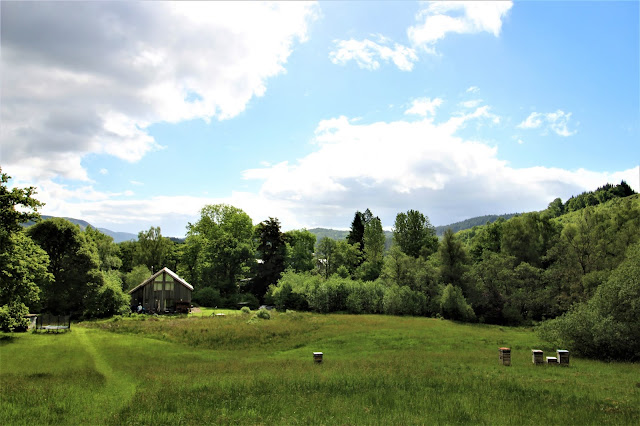 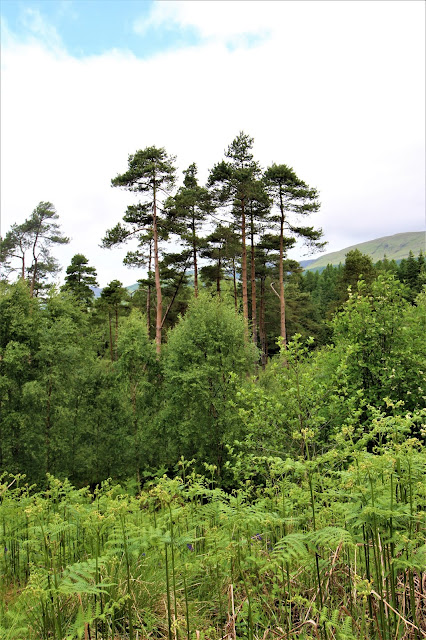 A clump of Scots pine trees 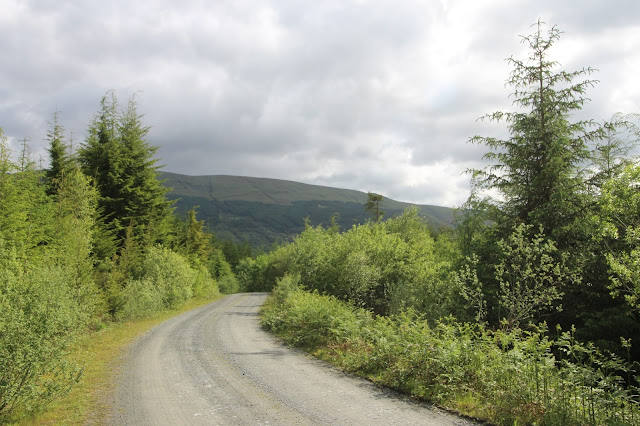 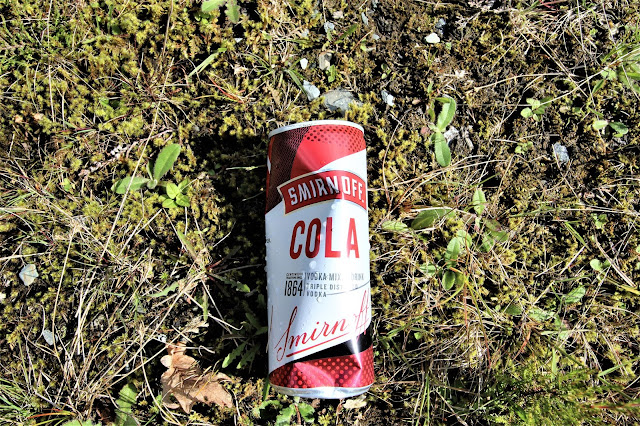 Wherever you go in the world you will always encounter a discarded cola can.This is the only item of litter I encountered on the entire hike. 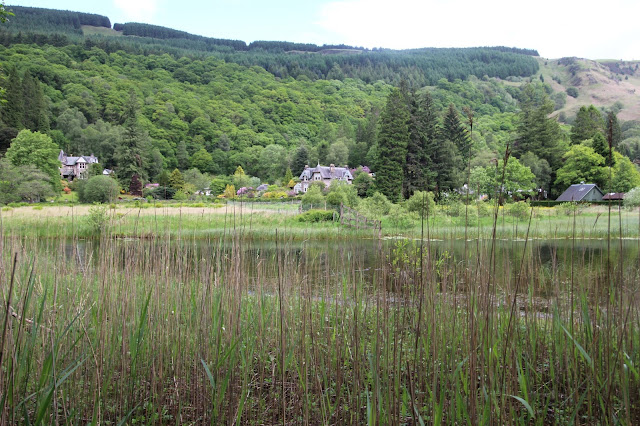 Interesting residential location at the eastern end of the loch.

Along the trail I encountered a couple of tourists walking in the opposite direction. In course of a brief chat they informed me that red squirrels could be seen at a site back at Aberfoyle.

On return to Aberfoyle I went up the The Lodge where I was directed to the viewing hide for the squirrels. Readers of this blog outsdie the U.K. should be aware that grey squirrels, imported from North America, have largely replaced native reds with Scotland being one of the few remaining regions where red squirrels can still be seen. 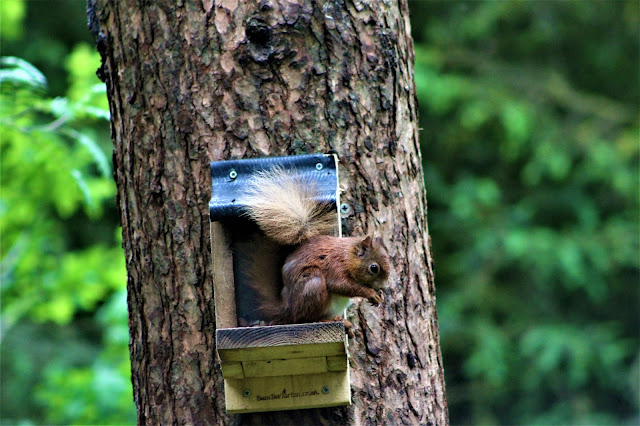 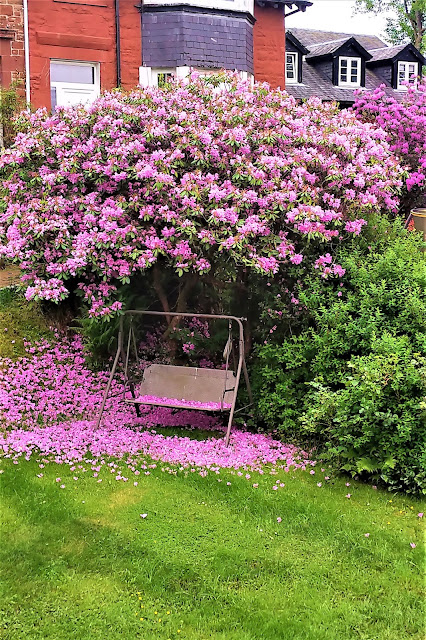 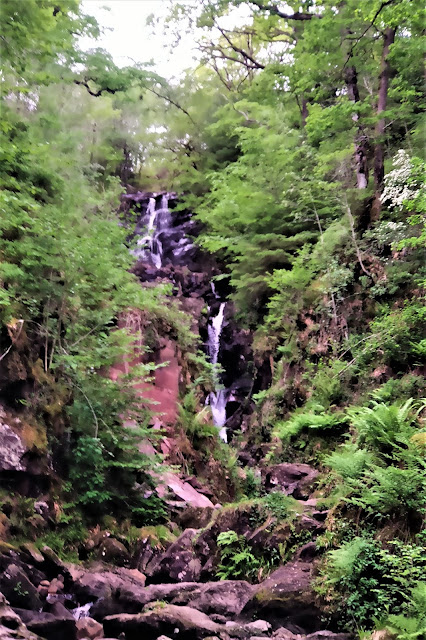 Tomorrow, I move on ten miles east to Callendar.