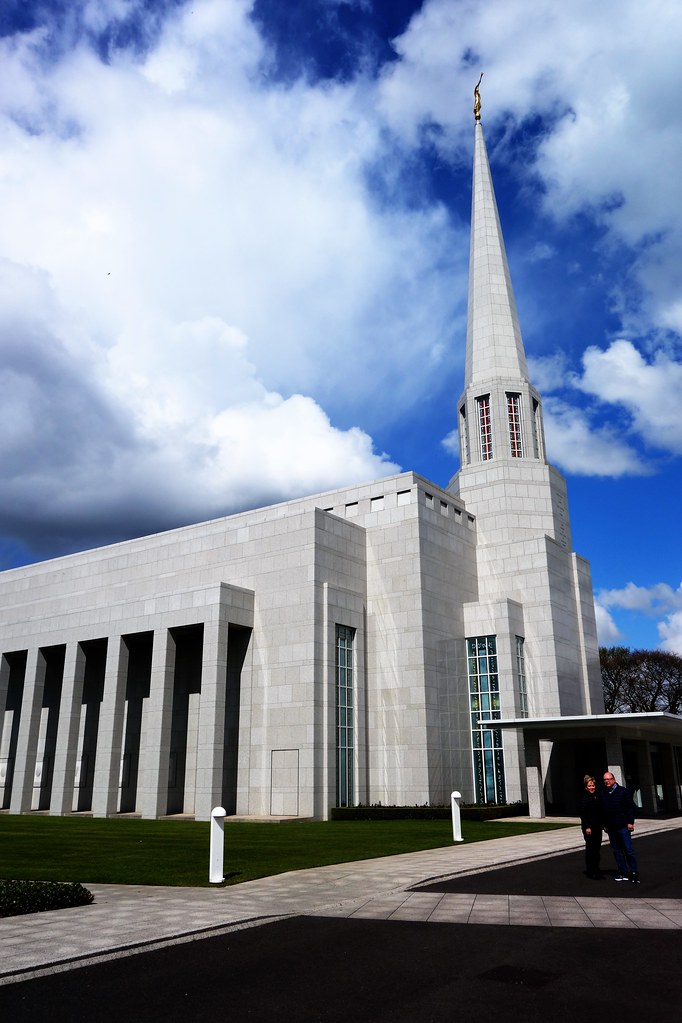 This evening, I am reporting on the Preston England Temple which is the 52nd operating temple of the Church of Latter Day Saints. Location Chorley, about twenty-six miles N.W. of Manchester in northern England.

Areas served by the temple

The temple serves Latter-day Saints from the Midlands and northern parts of England, the whjole of Scotland, the Isle of Man, the Belfast #Stake in Northern Ireland and the Dublin #Stake in the Republic of Ireland

.(#The stake is an intermediate level in the organizational hierarchy of the LDS Church. The lowest level, consisting of a single congregation, is known as a ward or branch. Stakes are organized from a group of contiguous wards or branches. ... A stake may have up to a total of 16 congregations.)

History of the Preston site

The Church took root in Preston, when its first missionaries arrived in 1837. The Preston Ward is the longest continuously functioning unit in the LDS Church in the world. In June 1990, Jeffrey R. Holland was appointed as area president, and Gordon B. Hinckley, then serving as a counselor in the First Presidency, assigned him to seek a possible temple site in northern England

A site on the north edge of Chorley in Lancashire, a few miles from the city of Preston, was selected, in part, because it "overlooked rolling hills to the east and a greenbelt area to the north and had easy access to the regional highway system".

Due to its place in LDS Church history and the growth of membership in Preston, Hinckley announced the area would be the site for Britain's second temple (the first is in Surrey, near London). The temple groundbreaking ceremony was on 12 June 1994, with Hinckley presiding. When construction was completed, a two-week public open house in May 1998 attracted 123,000 visitors, and members from 24 stakes volunteered

The new temple was dedicated in 15 sessions from June 7–10, 1998, and more than 18,00 Latter-day Saints participated.The dedicatory prayer offered by Hinckley, who was then serving as the church's president, included these words, "Bless the Saints of the United Kingdom, these wonderful people of England, Scotland, Wales, and Northern Ireland, as well as those of the Irish Republic. As they pay their tithes and offerings, wilt Thou open the windows of heaven and shower down blessings upon them."

In 2014, the House of Lords ruled that the temple was not qualified as a "place of public religious worship" since access was restricted to this select group (church members holding a temple recommend) and this determined the LDS Church tax status. 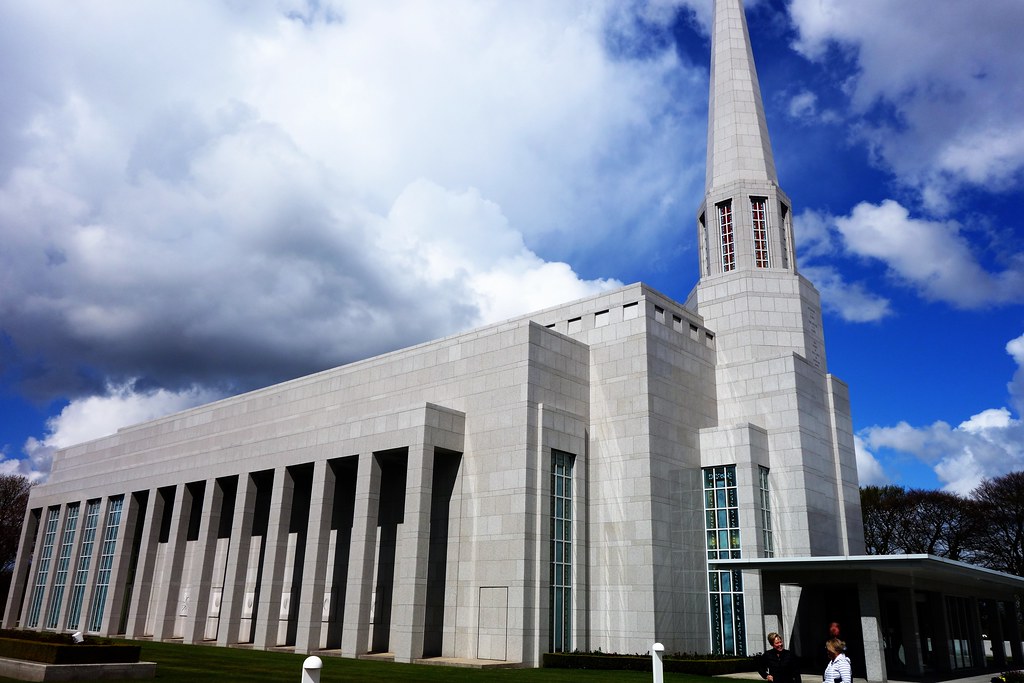 It is the centrepiece of a 15-acre (6 hectare) complex that includes a stake centre, a missionary training centre, a family history facility, a distribution centre, temple patron housing, temple missionary accommodations, and a grounds building. The temple itself has a modern, single spire design and an exterior finish of Olympia white granite from Sardinia.

The white granite exterior and zinc roof have caused it to be described as reminiscent of England's old churches. The angel Moroni statue atop the spire is known as, "one of the landmarks of the M61". The temple has four ordinance rooms and four sealing rooms and is the largest Latter-day Saint temple in Europe, at 69,630 square feet (6,470 m2).The older London England Temple is smaller, at 46,174 square feet (4,290 m2). 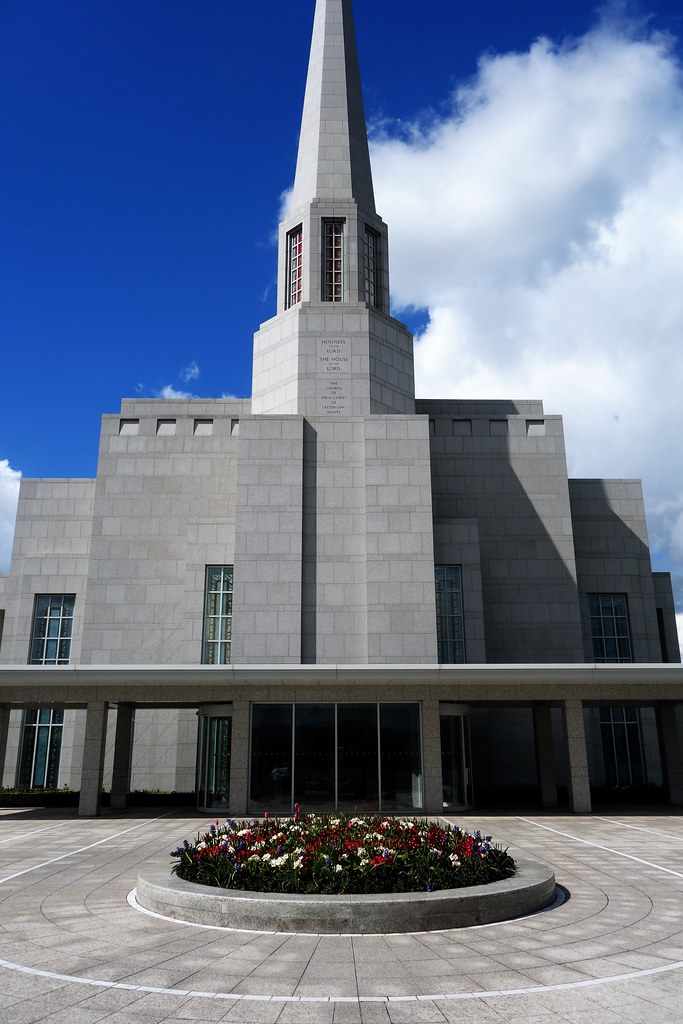