Tonight, I am posting information on one of Britain's longest bridges, namely the Severn Bridge.

Above image shows the M48 Severn Bridge, a suspension bridge, which spans the Rivers Severn and Wye north of Bristol in the S.W of the British Isles. This bridge dates from 1966. Another bridge, the M4 Second Severn Crossing located a few miles to the south was opened in 1996.

The River Severn, at 220 miles long, is the longest river in Great Britain. It is also the river with the most voluminous flow of water by far in all of England and Wales, discharging an average of 107 m³/s into the Bristol Channel at Apperley, Gloucestershire.

Images show the mudflats at low tide. At high tide the water depth can be 14 metres (46 feet).

The Severn is famous for the natural phenomenon known as the Severn Bore, a large surge wave which arises due to the funneling effect of the Severn channel which decreases in width from 5 miles at mouth to 100 yards further inland.The Bore occurs 260 times p.a. and attracts surfers/board riders.

Below is the Old Ferry Inn, Beachley. This overlooks the landing quay of the former Aust to Beachley Ferry which operated until the bridge opened in 1966.

Severn Estuary from west side. 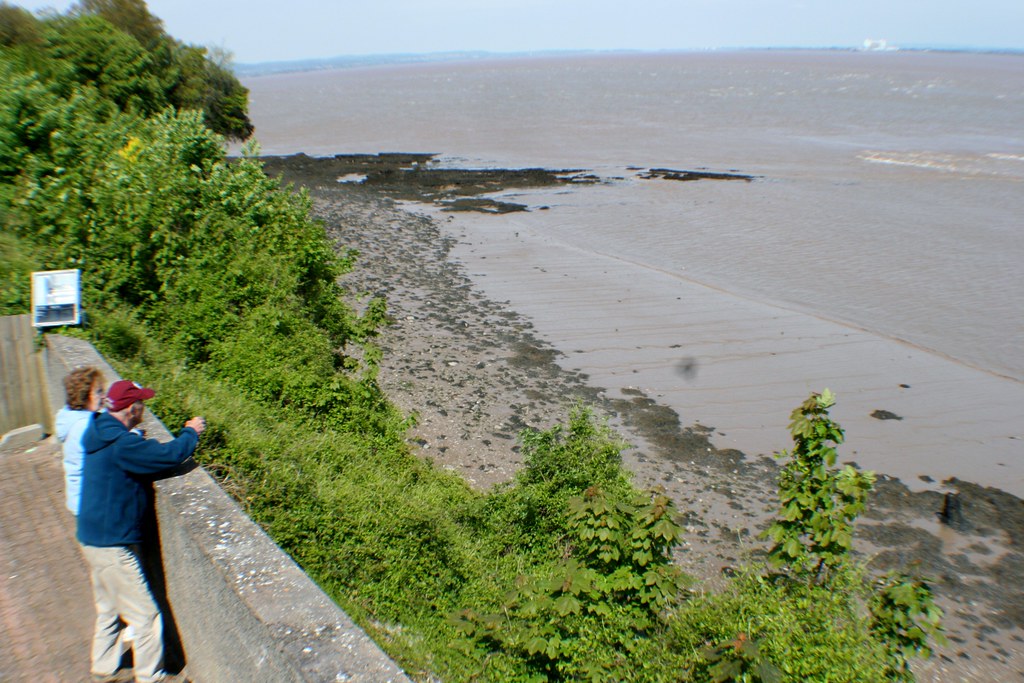