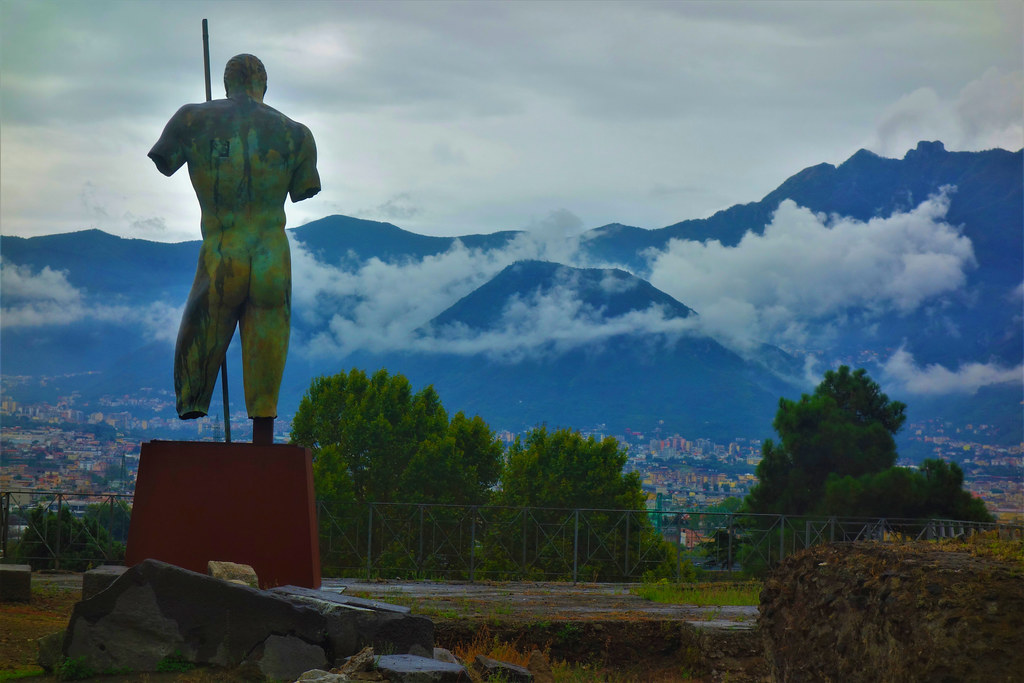 Pompeii, a Roman city from the 1st century AD, has achieved fame worldwide as a consequence  of being buried under layers of lava pebbles, three types of pumice, and various types of ash in all about 4m/12 ft in depth due to a massive explosion of nearby Mount Vesuvius at around midday on or about October 24th., AD79. This entombed about 2000 people in the city, more in the nearby town of Herculaneum, with countless thousands of others dying in the surrounding countryside. This was the most catastrophic natural disaster ever recorded in European history.

To sum up the horrific deaths to thousands of the city's occupants caused by searing heat and suffocation is offset by the unique window this event has provided into a snapshot in time of a provincial city during the 'golden era' of the Roman Empire.

This World Heritage Site is located in the Campania region of southern Italy, near the coast of the Bay of Naples.

Below is a portfolio of images taken in course of a one day, escorted tour of the site. 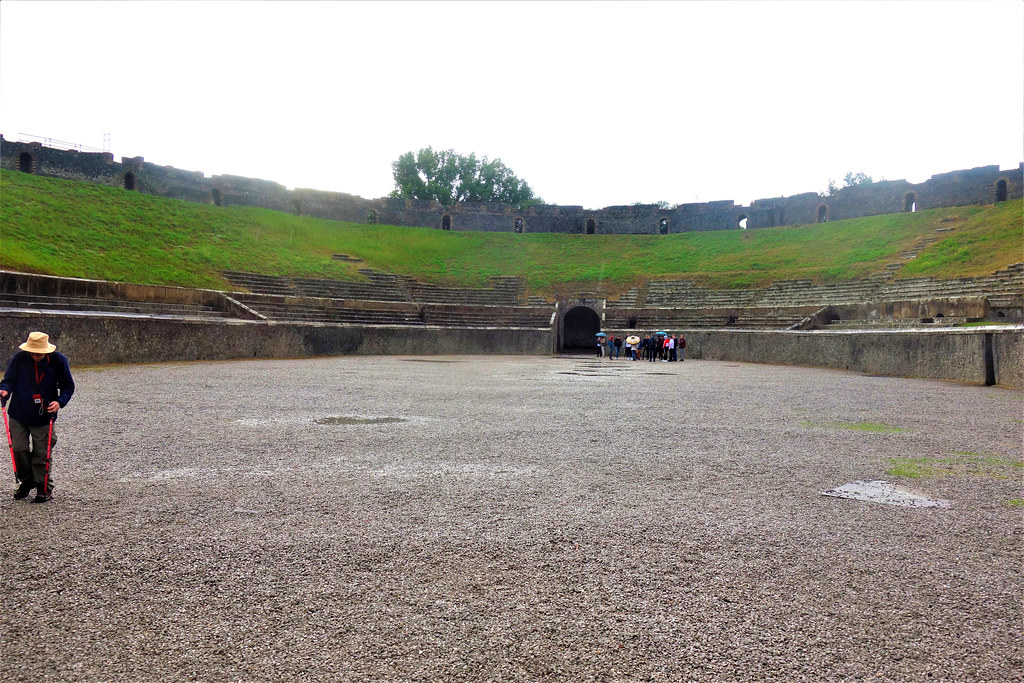 Amphitheatre: Built on outskirts of Pompeii in 80 BC. 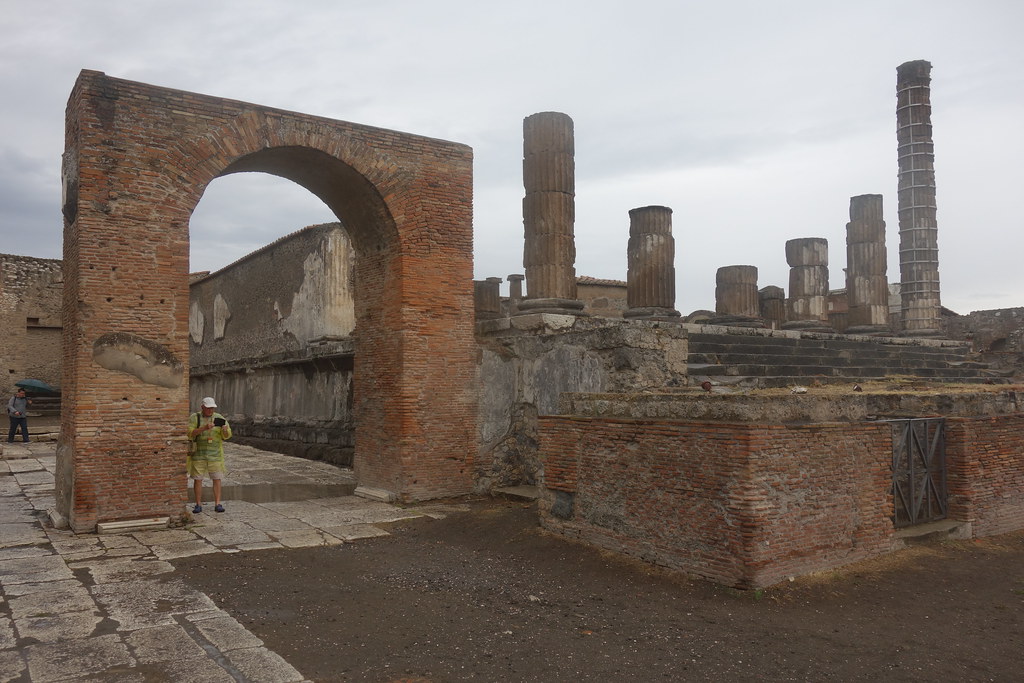 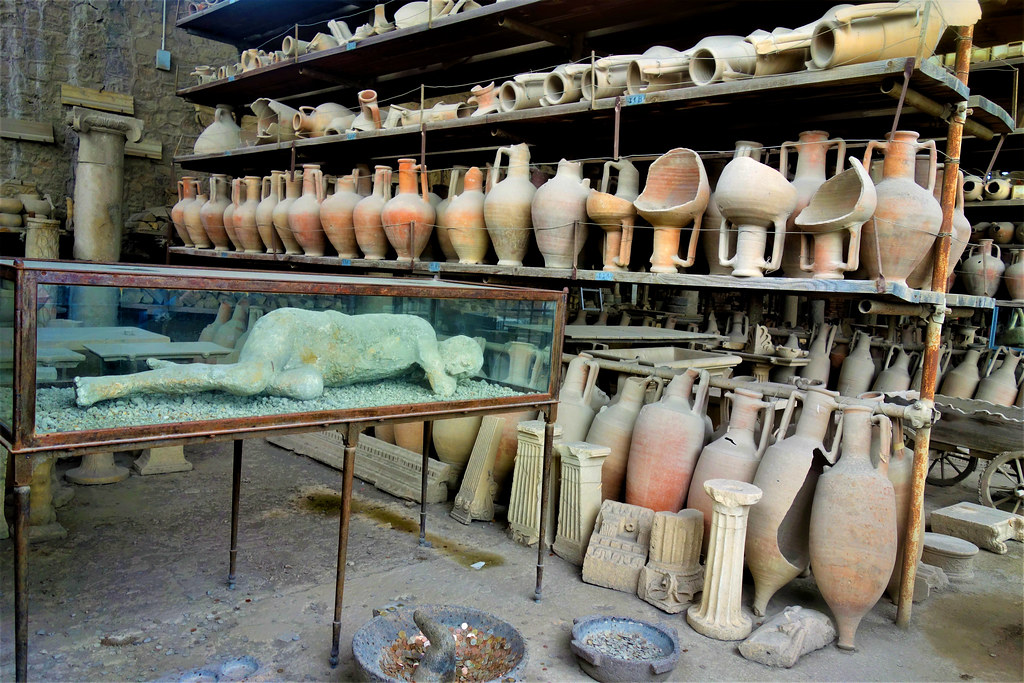 Antiquarium: Repository of artefacts found during excavations.Note cast of body killed in the explosion. 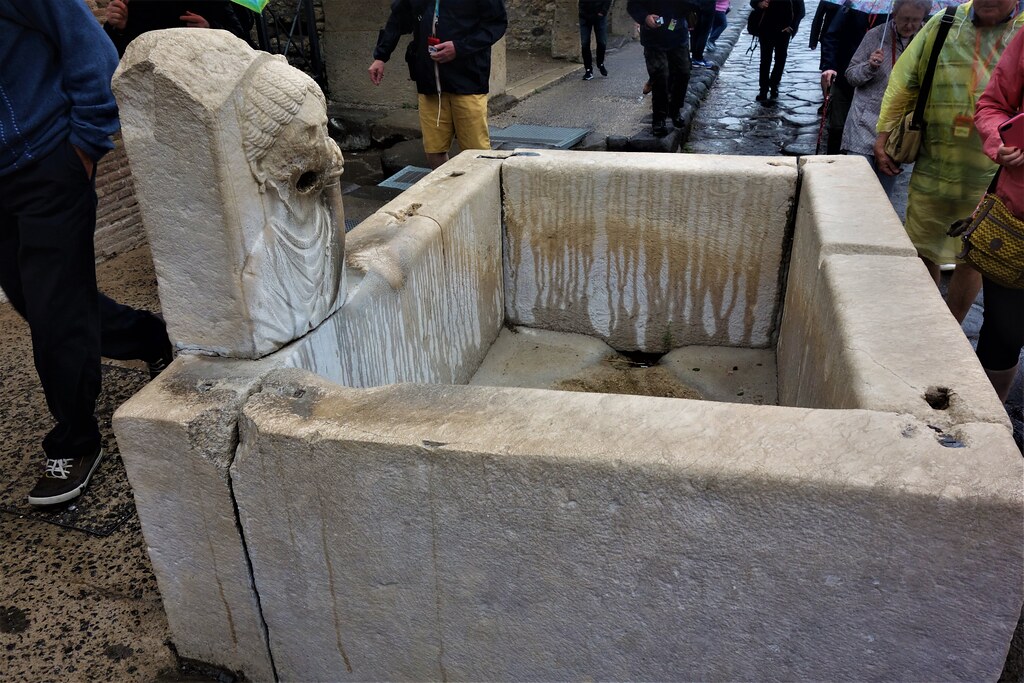 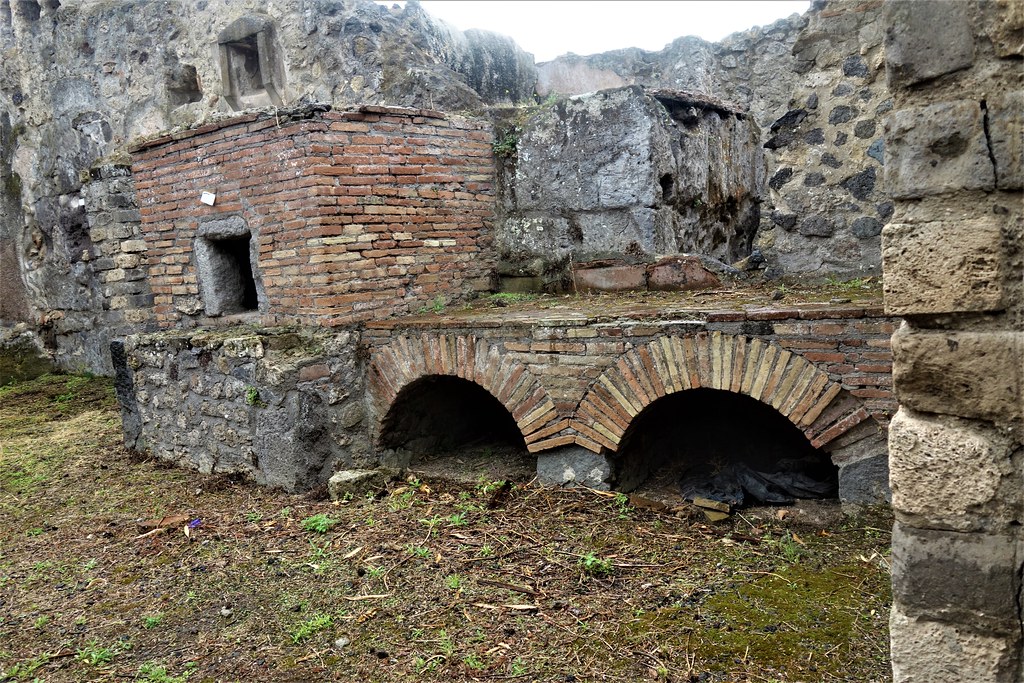 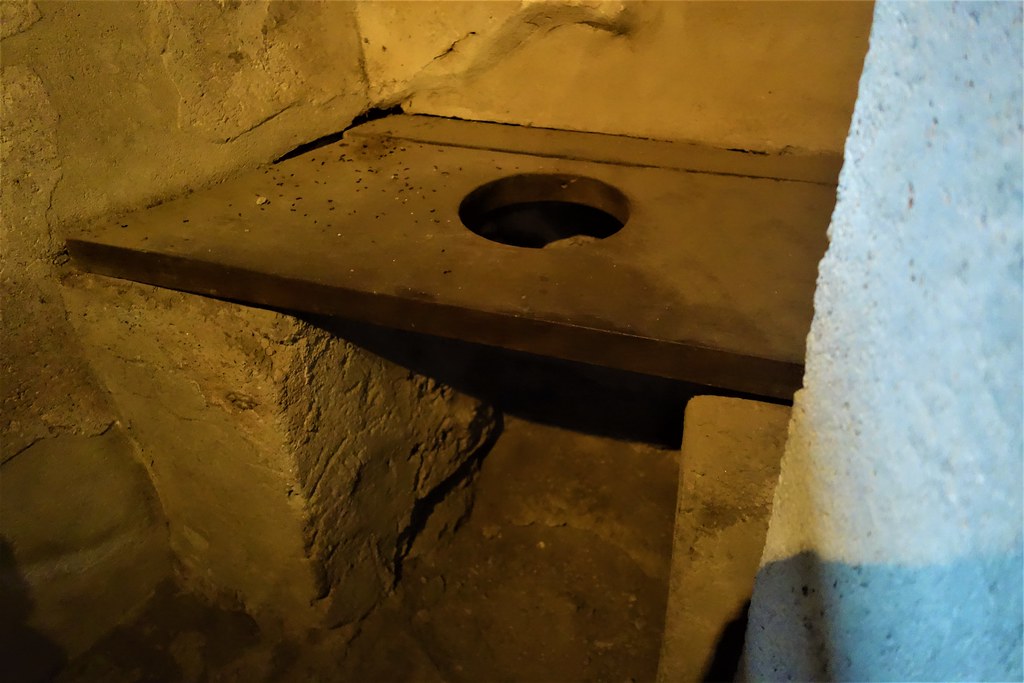 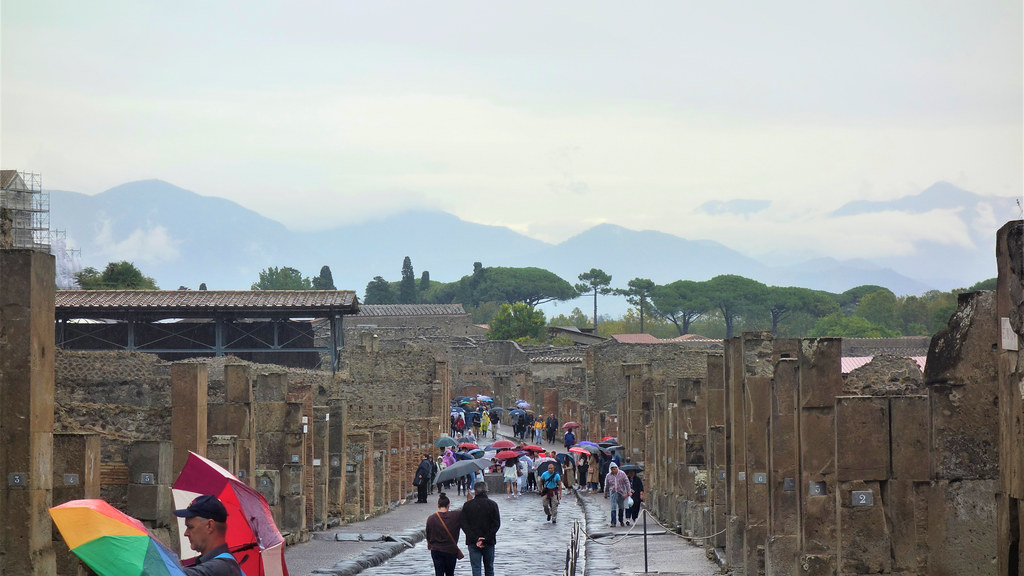 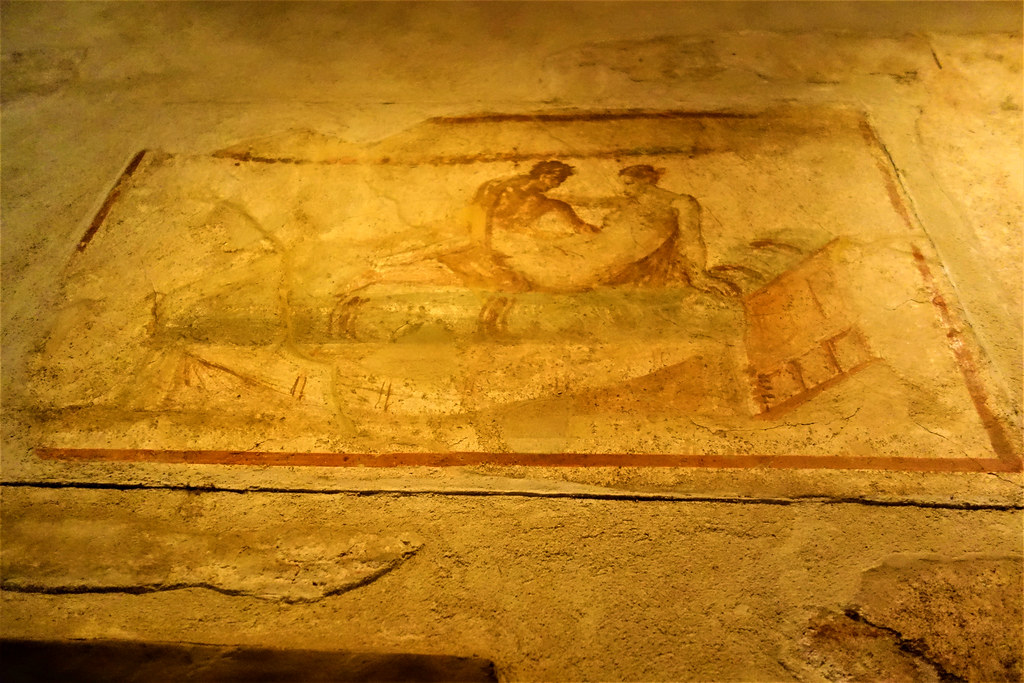 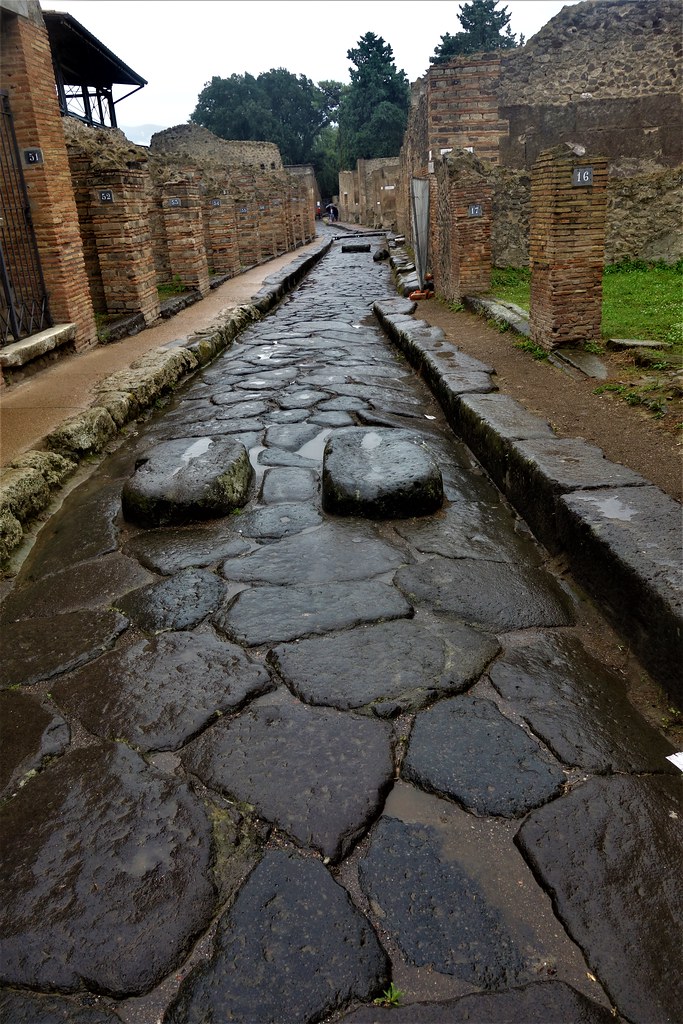 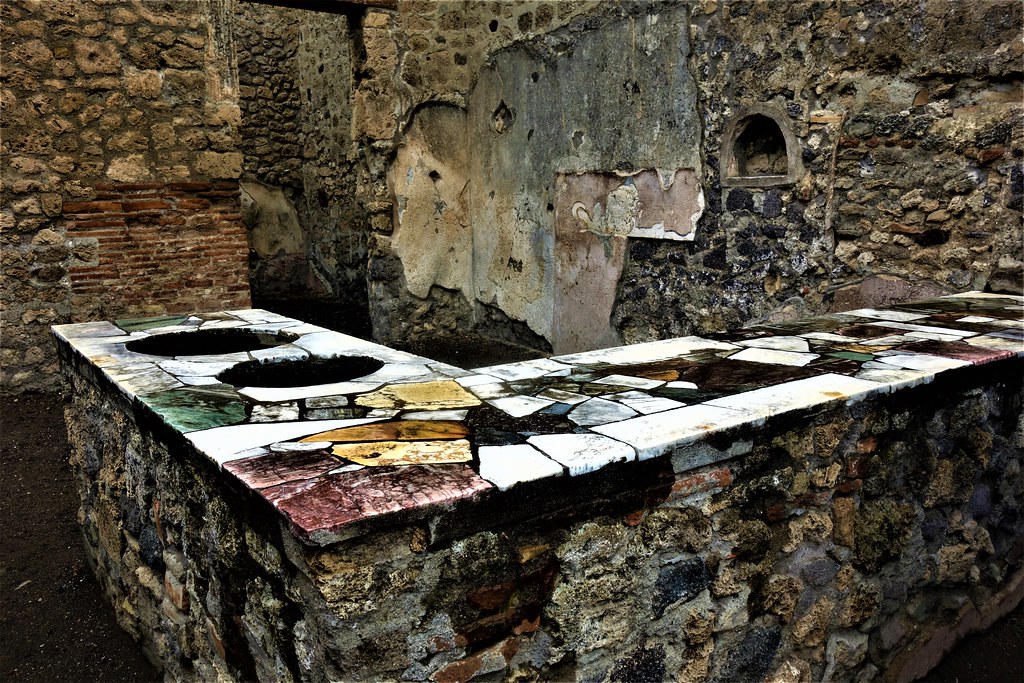 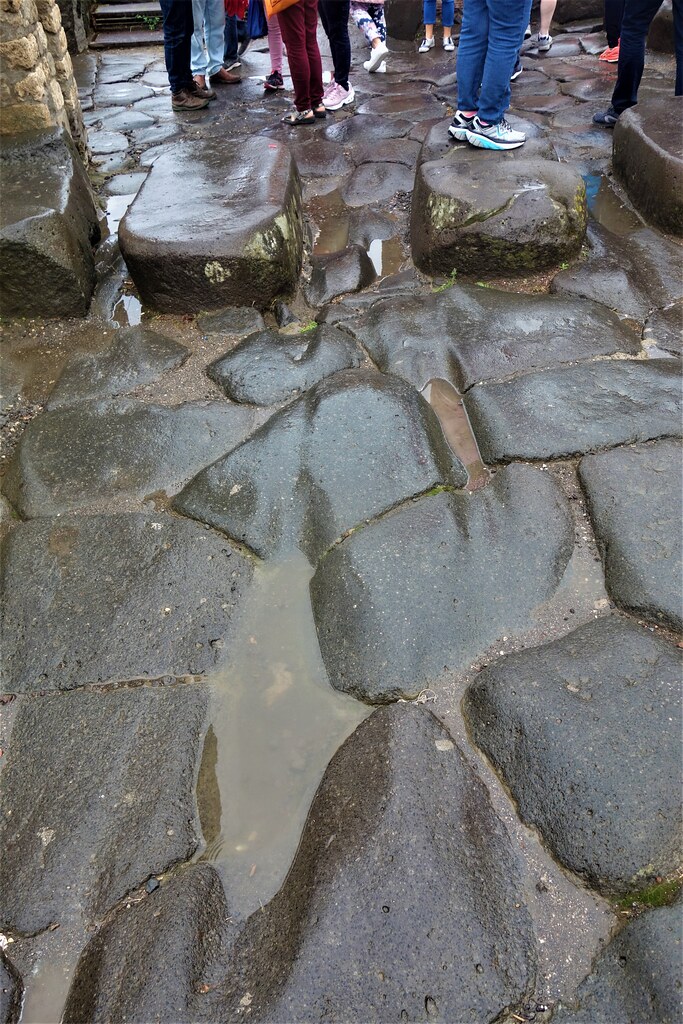 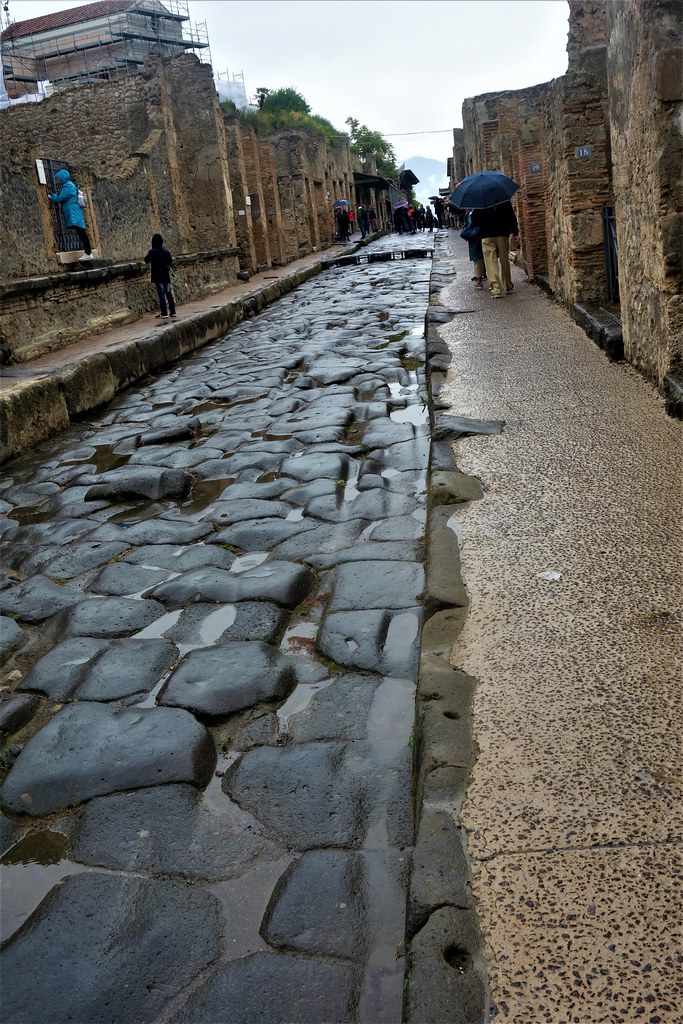 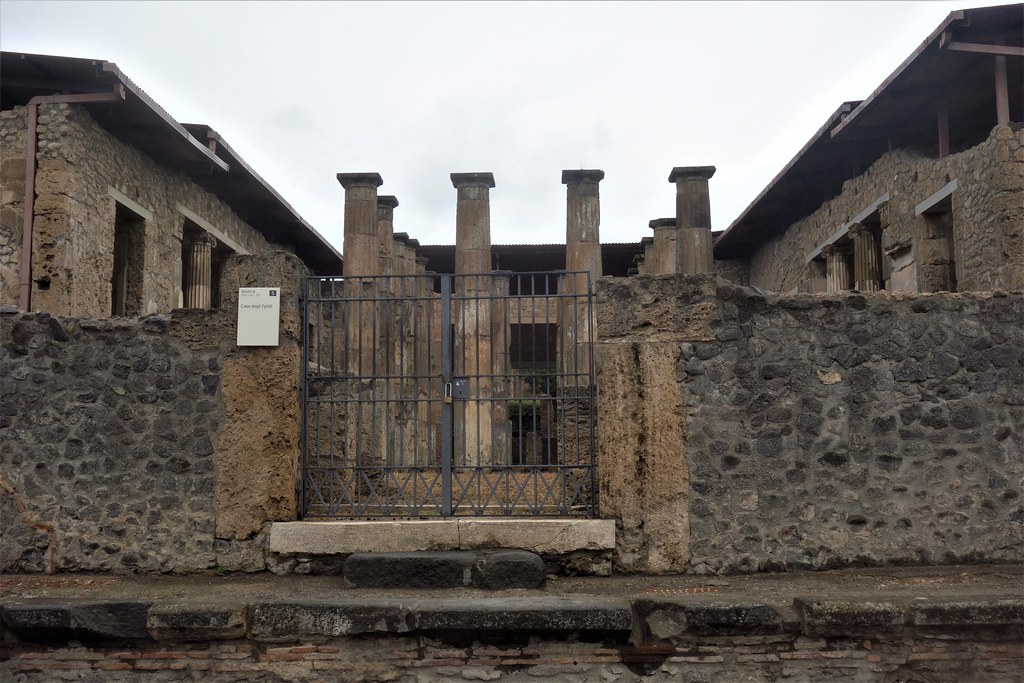 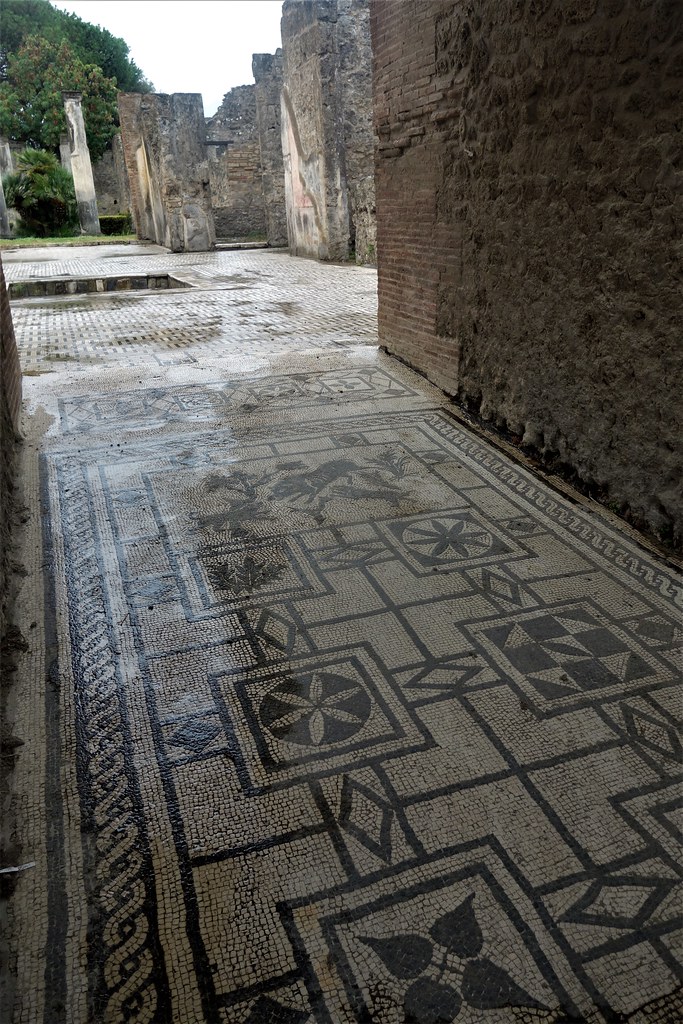 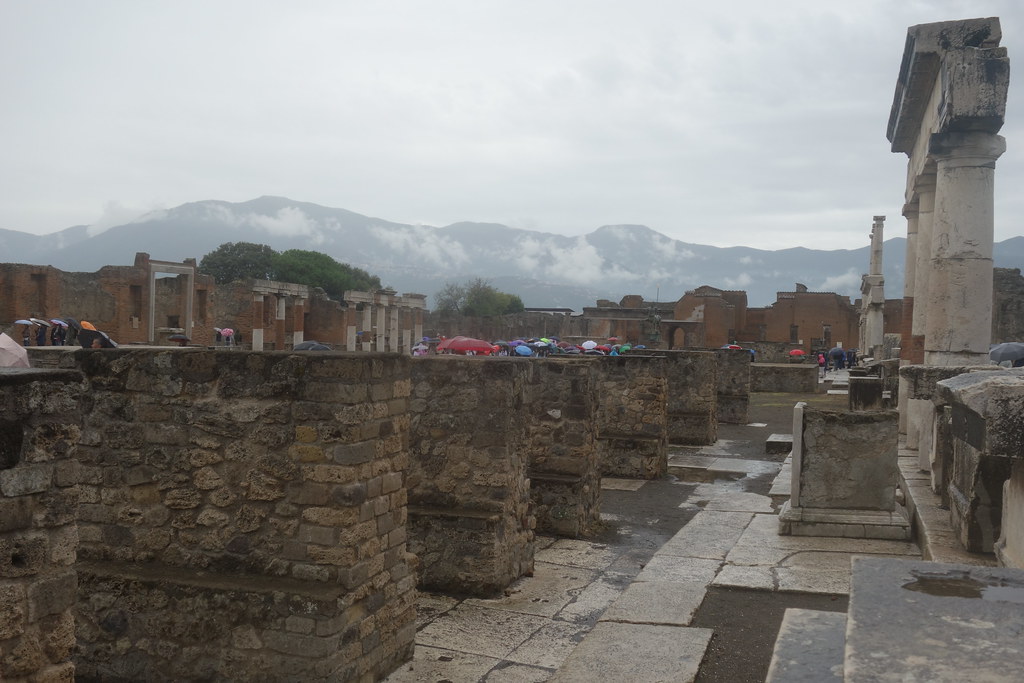