This afternoon, I visited the site of Roman Wroxeter in NW England. This has been extensively excavated and is now under the care of English Heritage, a government agency. 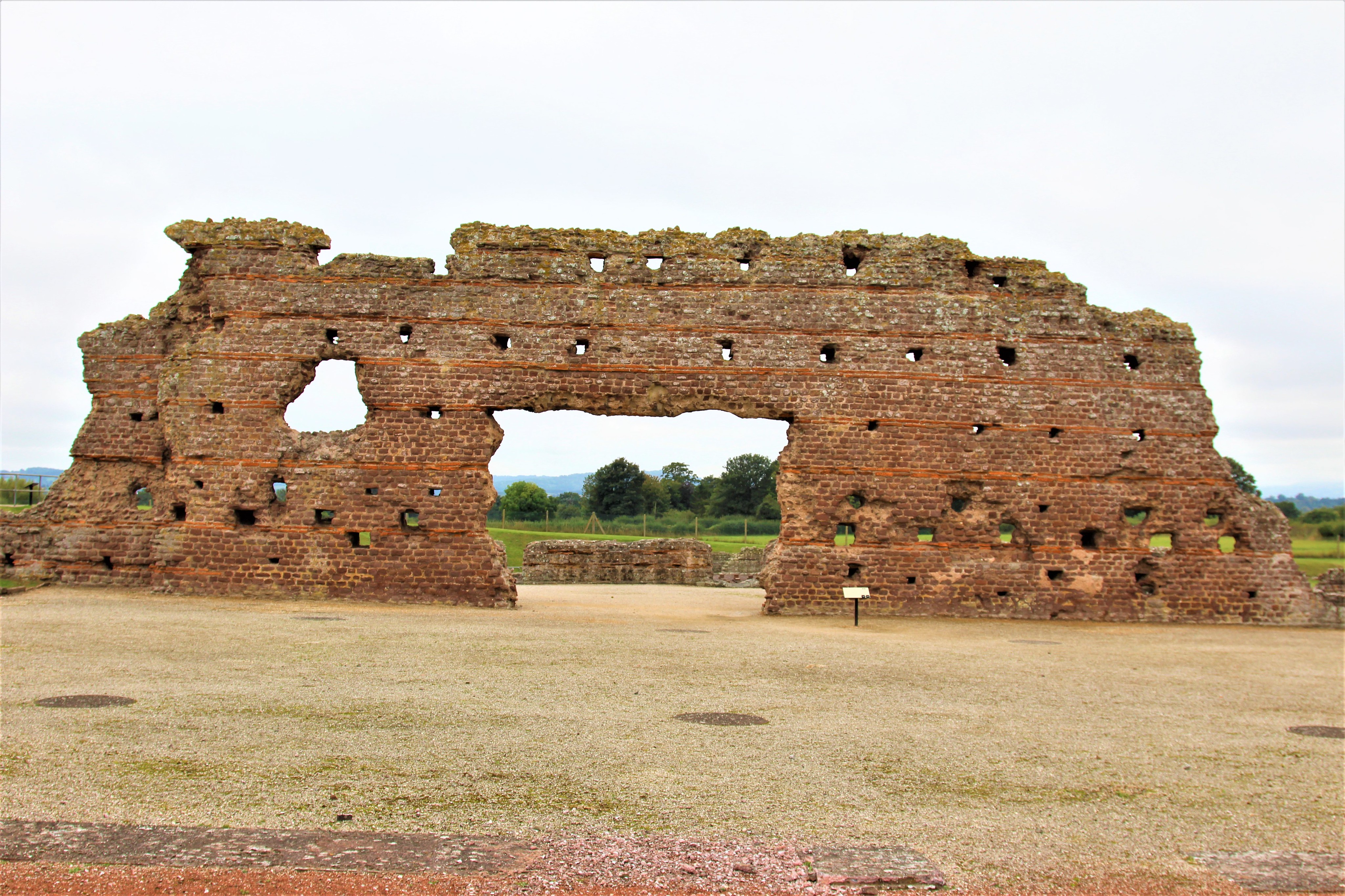 Wroxter (Virconium Cornoviorum) was situated in the tribal territory of the Cornovii who seem to have submitted to the Roman occupation at an early stage.

(The modern 'Wroxeter' may be derived from an ancient Celtic name (possibly 'town of Virico') combined with the old English caester.)

The first Roman military presence was probably represented by a cohort of Thracians (from the Balkans). Around AD60  a fortress was constructed for the 14th Legion and later the 20th Legion, which replaced the 14th.

The legionary fortress was abandoned in the 90s following which civilian control was established via a constitution of the civitas Cornoviorum and the foundation of it's capital at Wroxeter. 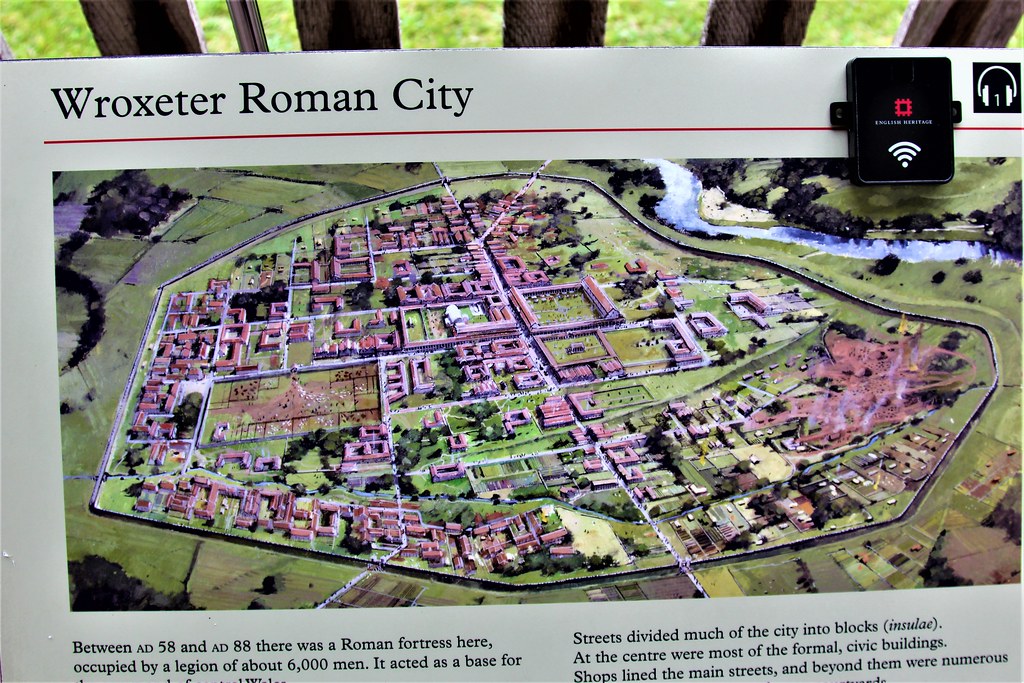 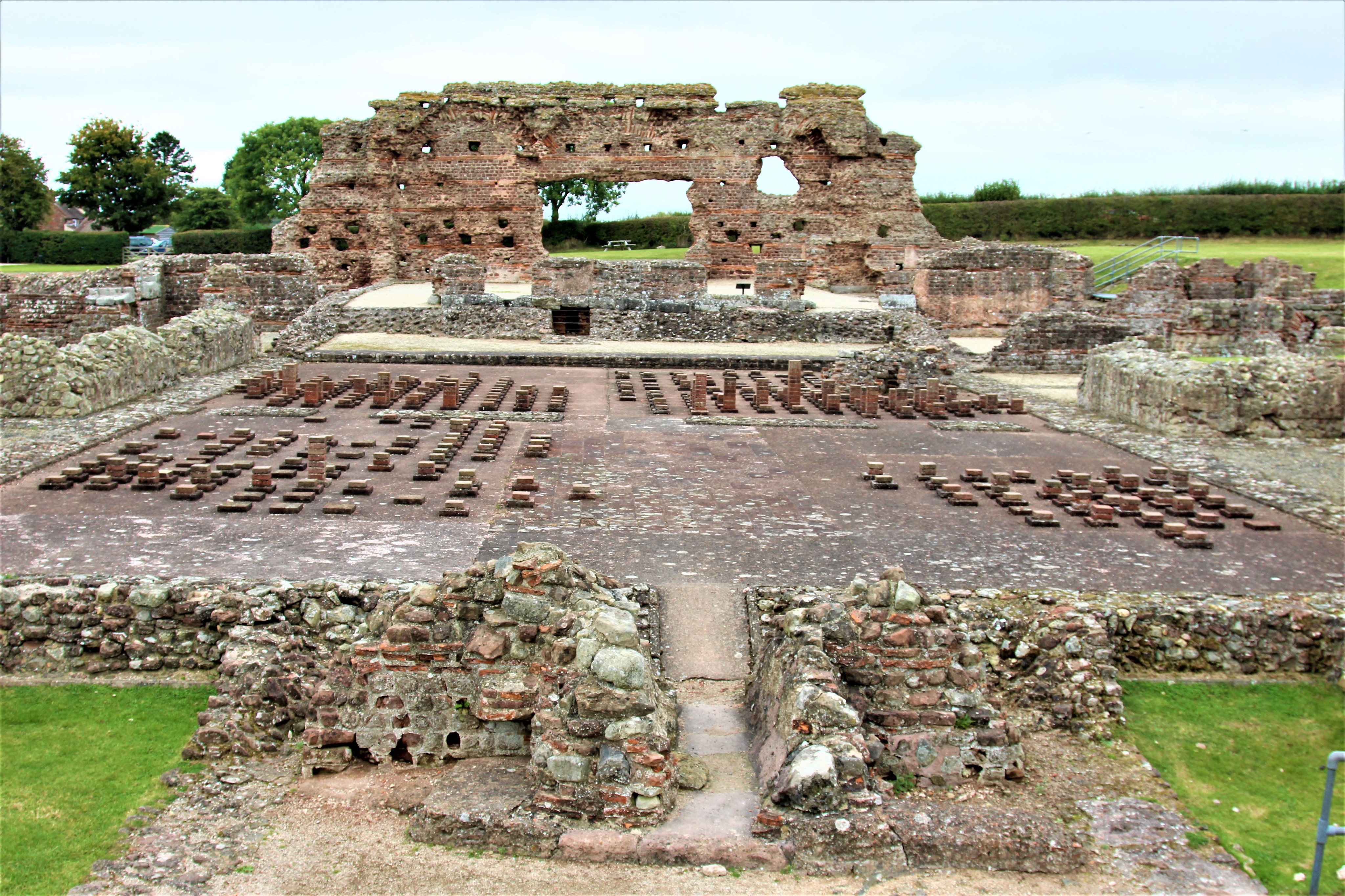 The main street grid of the central area was laid out in the last decade of the first century.

There is a paradox at Wroxeter in that it's defences enclosed an area of c.180 acres which ranked it as one of the largest towns in  the province.However, much on the northern end seems to be devoid of buildings suggesting that the apparent vacant area was used for other purposes.

Wroxeter was a frontier town which seems to have achieved a high level of prosperity.Thus the inhabitants would have benefited from trade with both civilians and the military personnel engaged in local campaigns.

Work on the forum started in the 120s. At some time during the period AD 165-185 there was a fire which destroyed the building and other properties nearby.The forum was later rebuilt.

An aqueduct supplied fresh water to the town from a source at the Bell Brook, about three quarters of a mile to the east.This would have fed the public baths, public fountains and private properties.

The town's fortifications comprised an initial earth rampart with two ditches (end of second century) followed by a stone wall in the third century.

Little is known of the town's private houses and shops.

Two temple sites have been found in the town.

Unusually for such a sizeable town no provision seems to have been made for public amusements, including an amphitheatre. 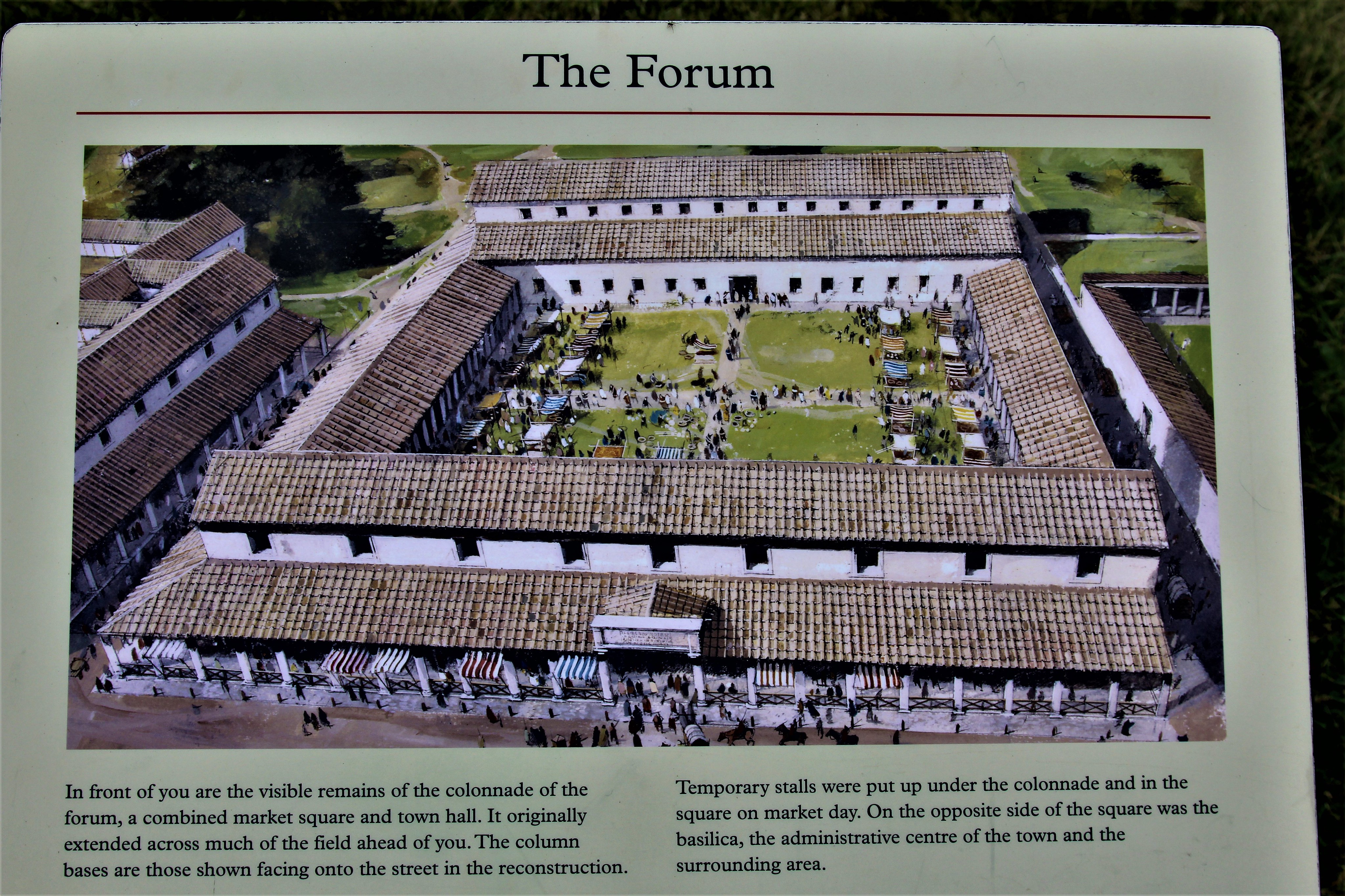 Artist's impression of the Forum 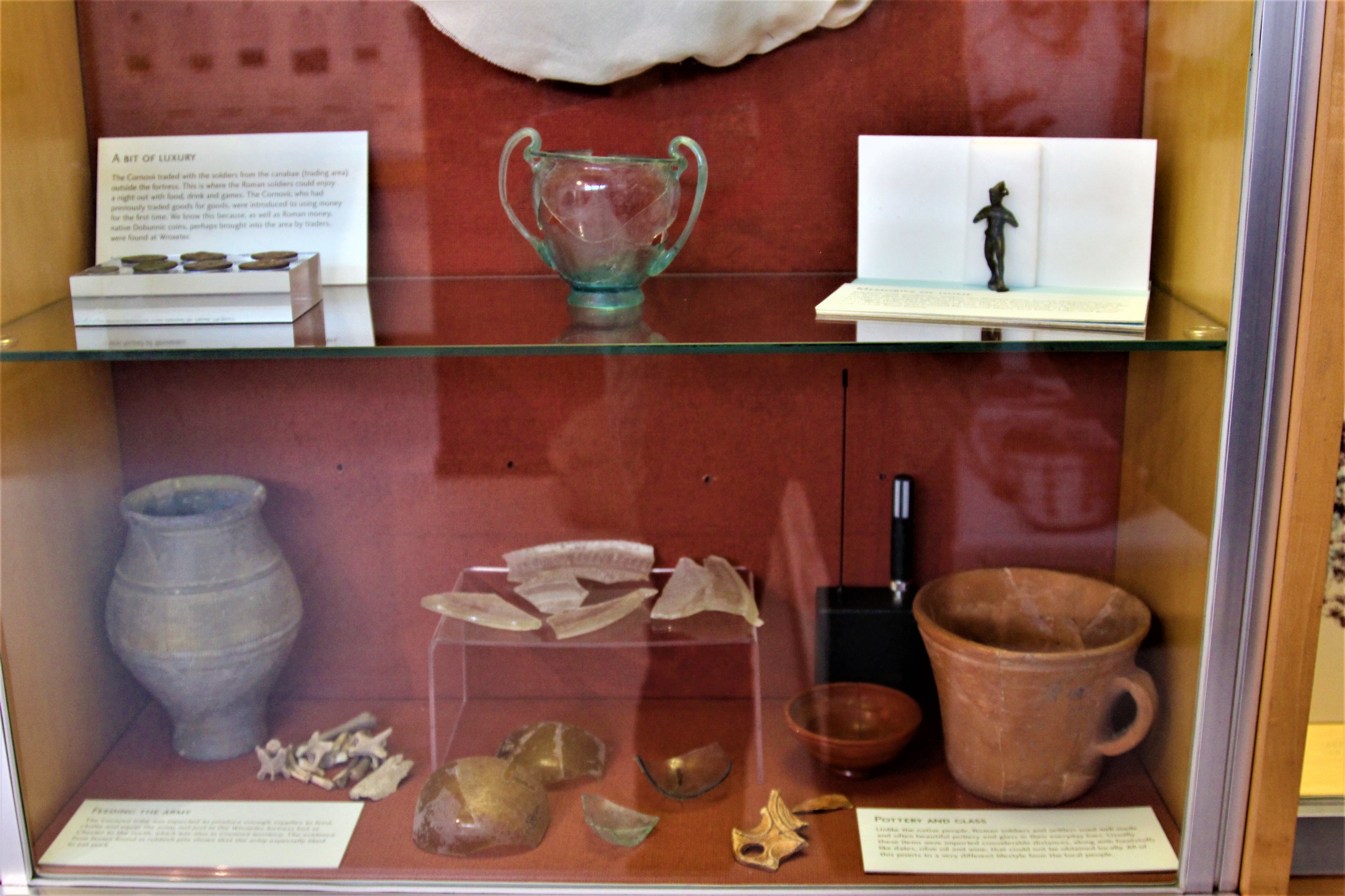 A fire in the forum around AD170 resulted in a market stall collaping into the gutter. Surprisingly, recovery of the goods was left to modern-day archaeologists to discover. This revealed Samian pottery from Gaul (France) which had been shipped to London where the consignment was augmented with whetstones from S.E.England then sent north first to Mancetter in central England where mortaria were added before finally arriving at Wroxeter.London to Wroxter is a distance of about 160 miles.

On site, in 2010, a Roman Town House was recreated using building methods and technology consistent with the Roman period.A single room comprising a lock-up shop opens on to the street whilst a wooden door provides the principal entrance from the street. Rooms are entered via a corridor from the courtyard and these display finishes according to status and function.The principal reception and dining room is the most lavishly decorated with mosaic floor and frescoed walls. There is a hypocaust underfloor heating system. 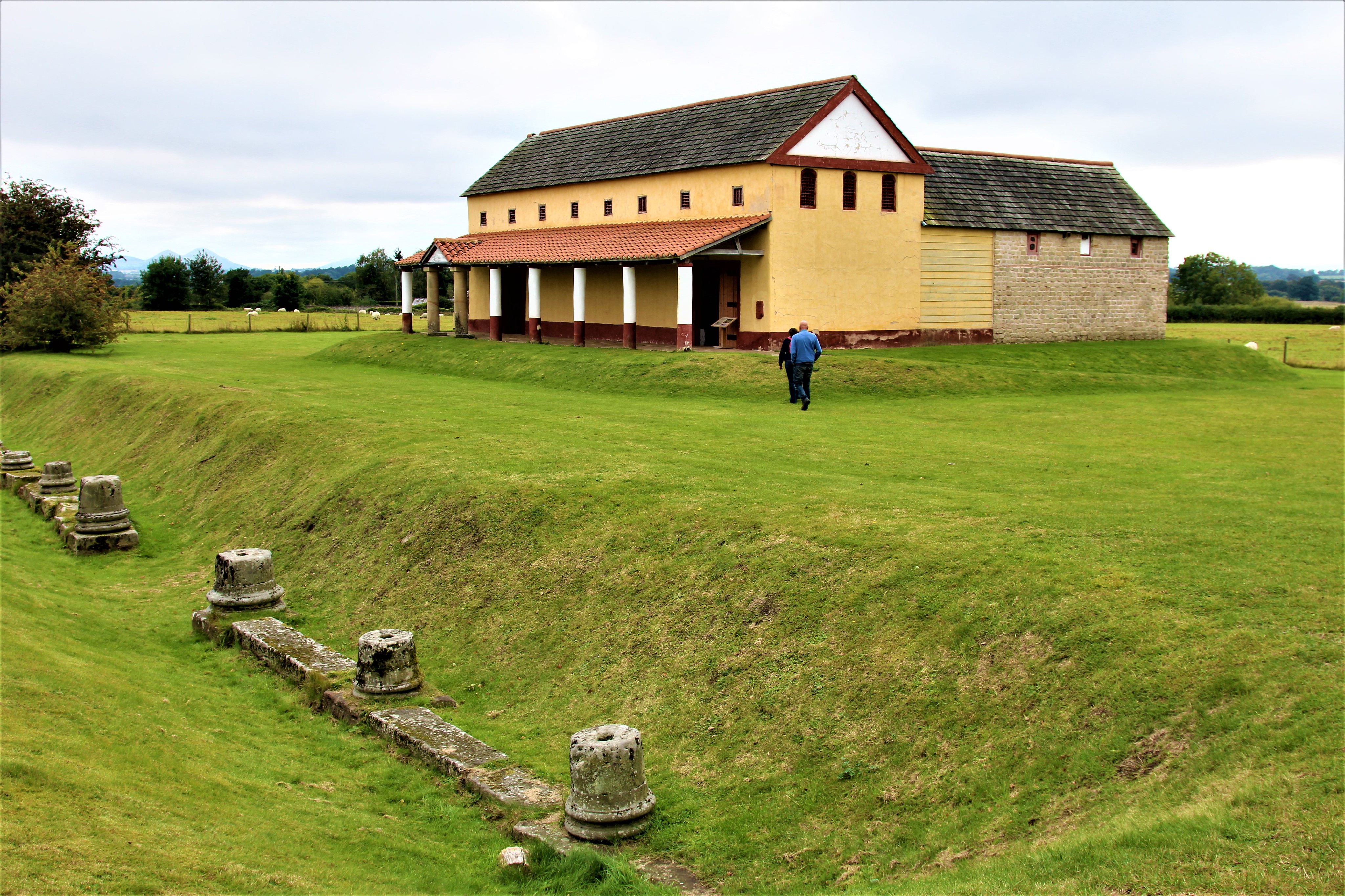 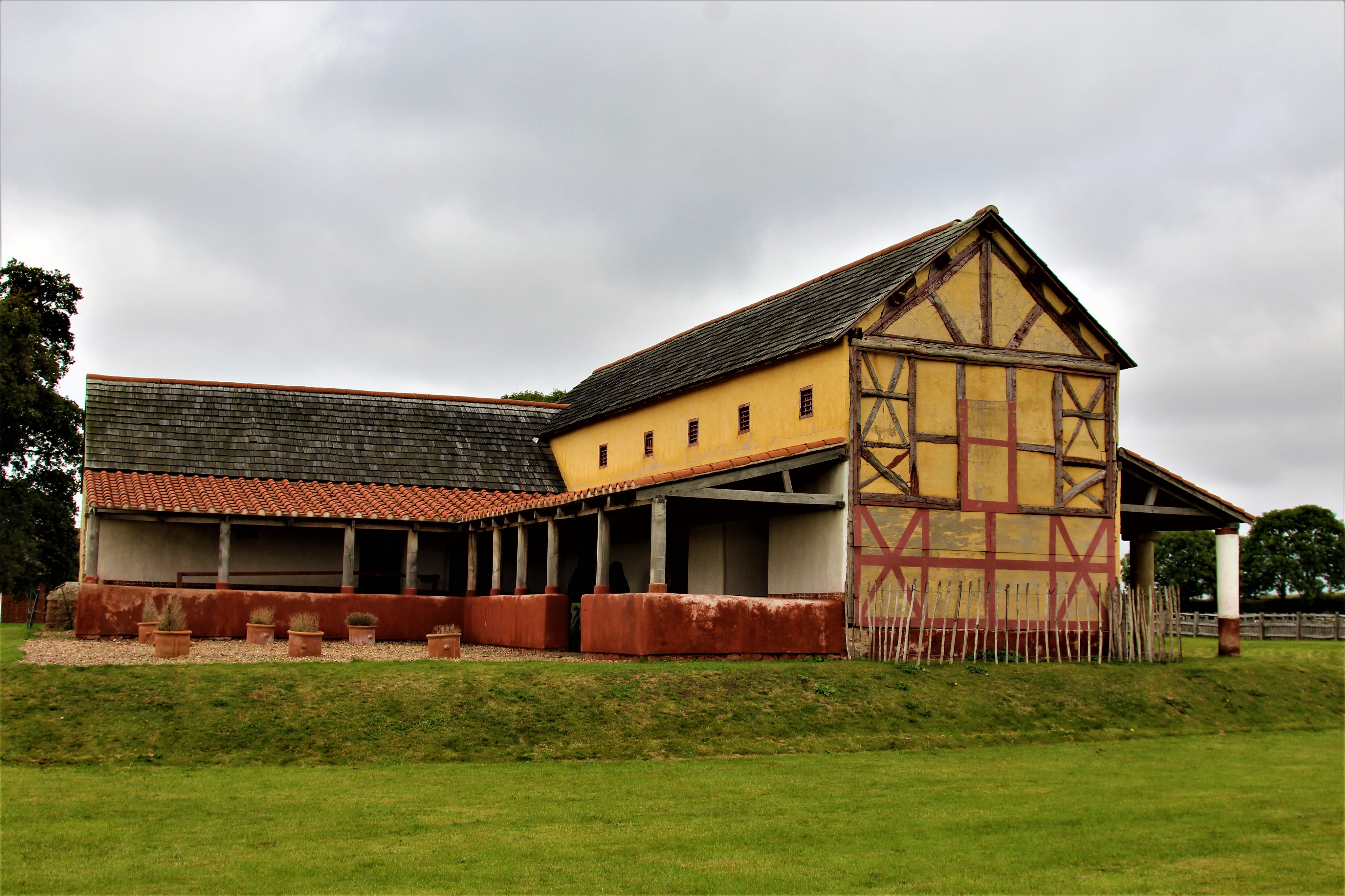 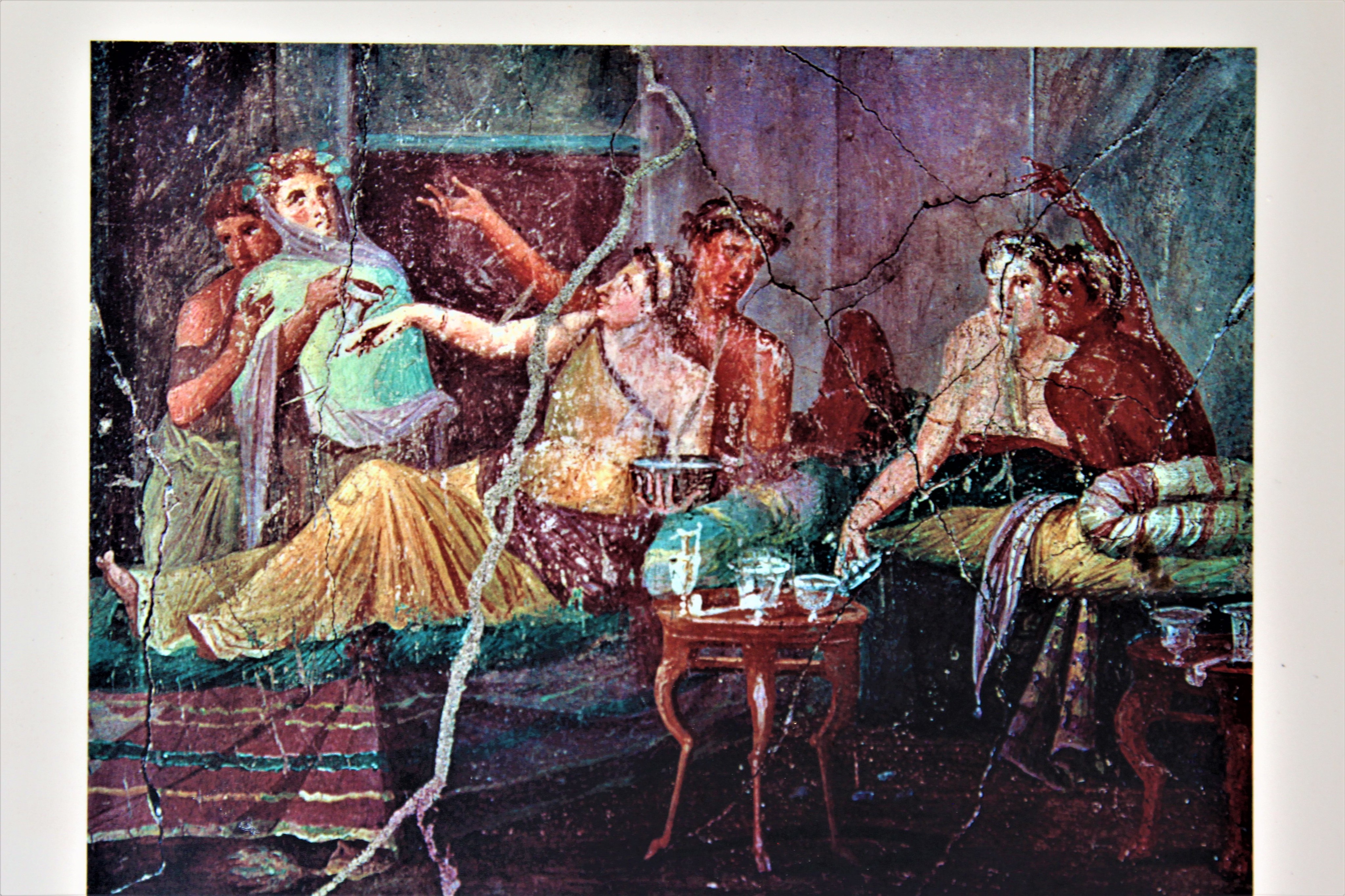 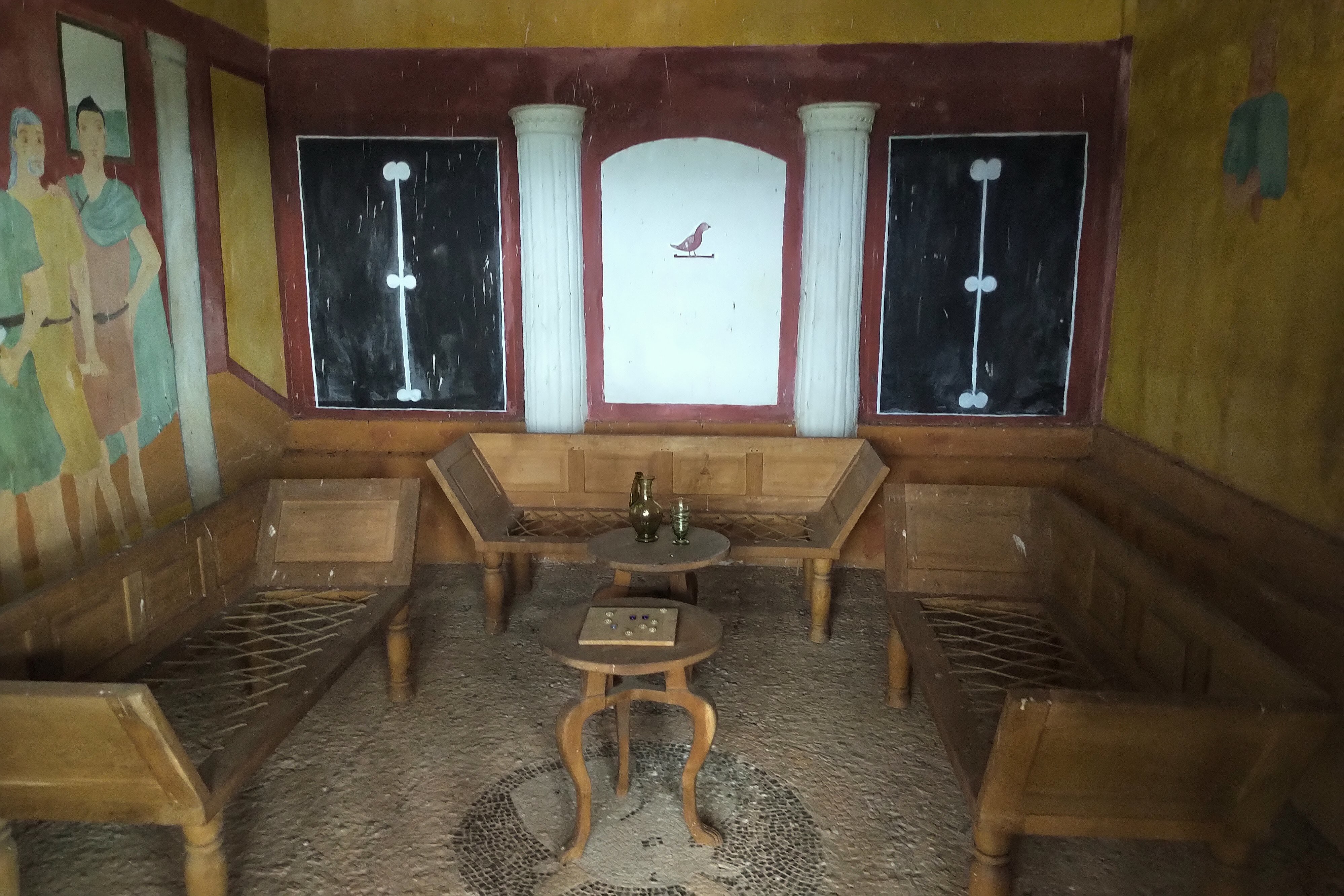 DECLINE AFTER THE ROMAN DEPARTURE FROM BRITAIN

In common with the rest of the province decline began to set in the closing years of the fourth century. However, the local Cornovii tribe would have formed a useful defence (against the invading Saxons) as they had been used to raising their own militia some parts of which had  been absorbed into the regular army as Coh,1 Cornoviorum.

As decline set in after the Roman withdrawal there is evidence that life continued on the site. Parts of the bath house seem to have been converted to a granary whilst timber buildings were constructed on the rubble of former public buildings.However, local hill forts were re-occupied and re-fortified by the local peoples.

Wroxeter in context of the principal towns of Roman Britain 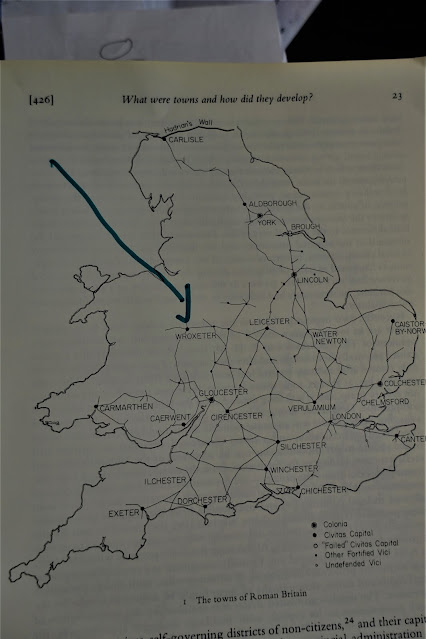 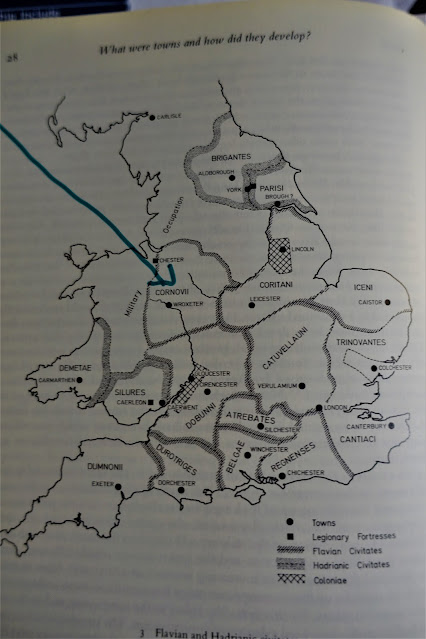 Acknowledgement: Core of the information herein together with illustrations were sourced from 'The towns of Roman Britain' by John Wacher. Photographic images belong to the writer of this post.