Tonight, I am posting information on a fascinating example of Welsh industrial history.

Historically, heavy industry in Wales was confined to coal and iron in the south and slate quarrying in the north.

However, at Dyfi Furnace, about twelve miles north of Aberystwith in mid-Wales, is a perfectly preserved example of a charcoal -fired blast furnace from 1755. The facility was used for the smelting of iron-ore via a process which used water power to drive a huge set of bellows. Most of the pig-iron output was sent to forges in the English Midlands.This activity lasted for 50 years.After a period of abandonment iron-making activity was converted to a sawmill. 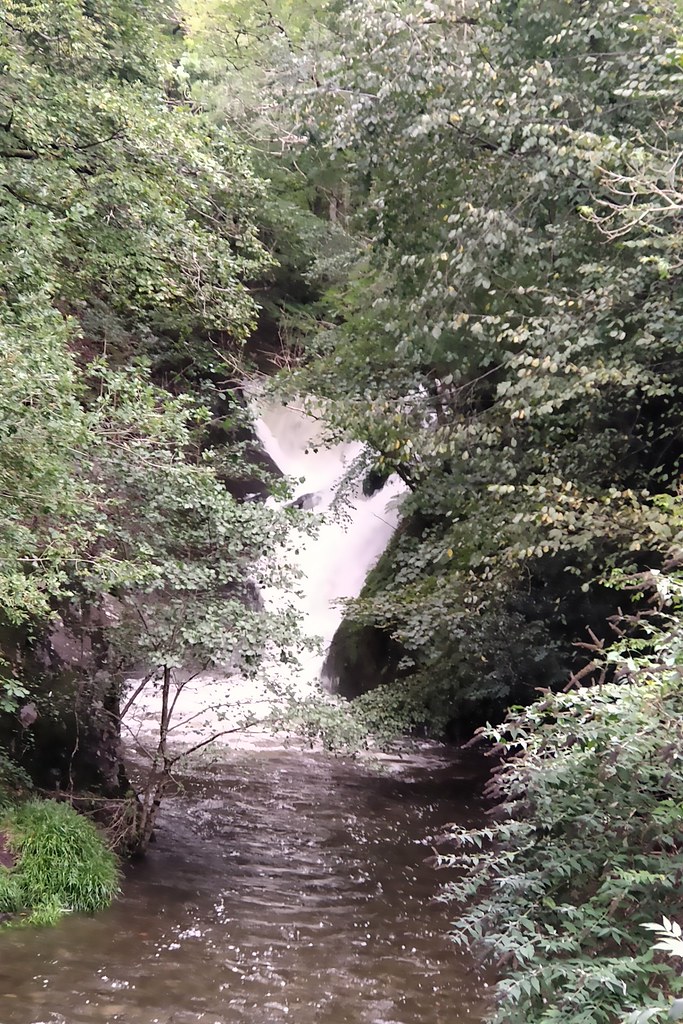 Waterfall on the River Einion at Dyfi Furnace. A mill race leads from the top of the waterfall to power the breastshot waterwheel. 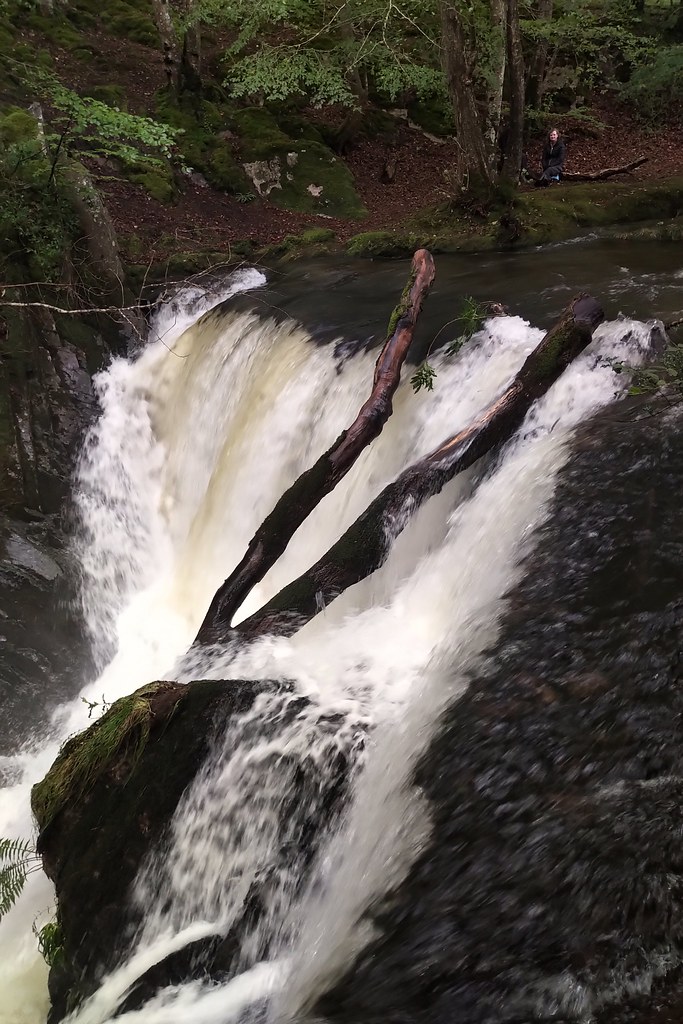 Head of the waterfall

The site for Dyfi Furnace was chosen downstream of the waterfall on the River Einion to take advantage of the water power from the river and charcoal produced from the local woodlands, with the iron ore being shipped in from Cumbria (N.W. England) via the Afon Dyfi, a river in mid-Wales.

The furnace built around 1755 was only used for about fifty years to smelt iron ore. By 1810 it had been abandoned and the waterwheel removed.The etching by John George Wood to accompany his "The Principal Rivers of Wales", published 1813, shows the furnace in its transitional form with no waterwheel attached. Some time later a new waterwheel was installed - the one that has been renovated and is visible today - and the furnace became a sawmill. The furnace site was renovated around 1988.

The furnace was built by Ralph Vernon and the brothers Edward Bridge and William Bridge. Vernon retired between 1765 and 1770, and the Bridges  became bankrupt in 1773. It is likely that the furnace was then transferred to Kendall & Co.(Jonathan Kendall and his brother Henry),iron-masters from the West Midlands of England with extensive interests scattered across other parts of England and Scotland. After the original lease expired in 1796, it appears the furnace was then owned by Bell and Gaskell, including Thomas Bell, who had managed it for the Kendalls, whose main activity by then was running the Beaufort Ironworks in Ebbw Vale, South Wales.

The waterwheel shown in the photograph below provided power the sawmill, not the original iron furnace. 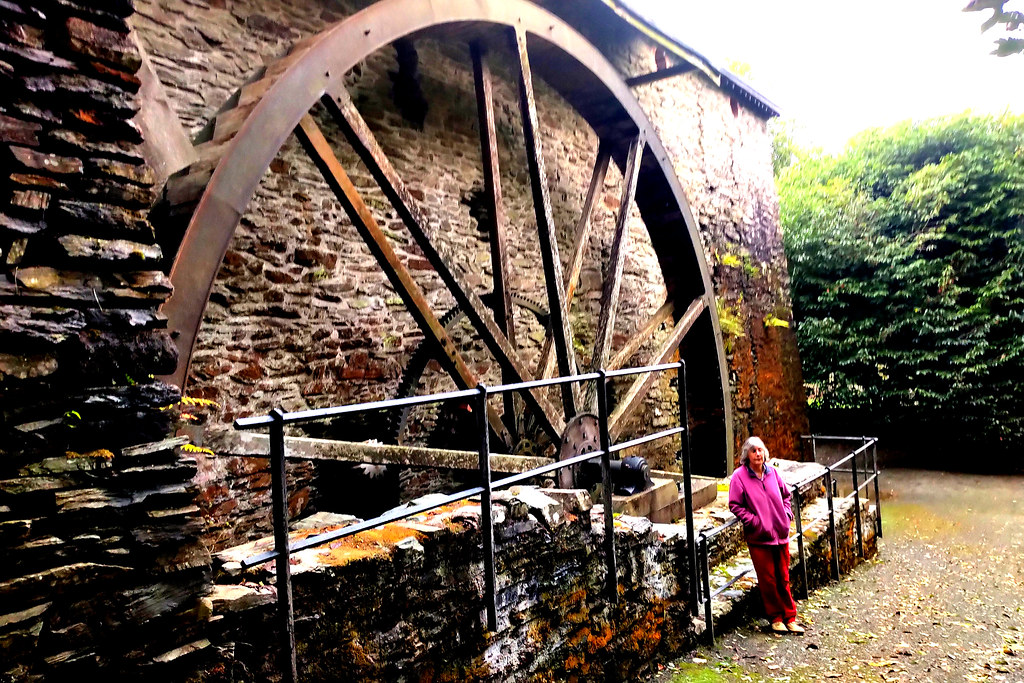 Specific location: The Dyfi Furnace is in the village of Furnace, Ceredigion, Wales adjoining the A487 highway from Machynlleth to Aberystwith, near Eglwysfach. Parking is available and access appears to be 24/7.

Insight into early capitalism in Britain

The iron-making at Furnace dates from the mid-18th century and the early laissez-faire attitude to business, with negligible interference from government.The concept of limited liability (e.g. limited companies) was not enshrined in law until 1855 until which time business owners were exposed to all the risks and rewards of the underlying business. Prior to the introduction of incorporation bankruptcy was very serious and could result in misery, penury and even imprisonment.This background underlines the bravery of the early industrialists (e.g. Bridge brothers in this case) who had their entire personal estates at risk.