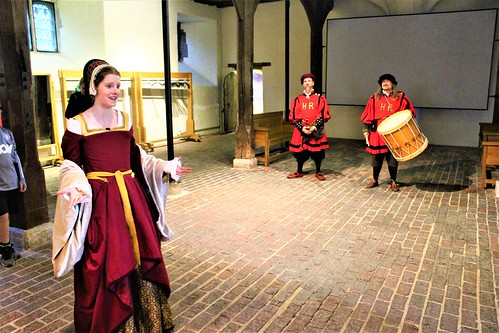 This evening, I am reporting on top visitor attraction, Hampton Court Palace on the banks of the River Thames which lies about fourteen miles S.W. of London. 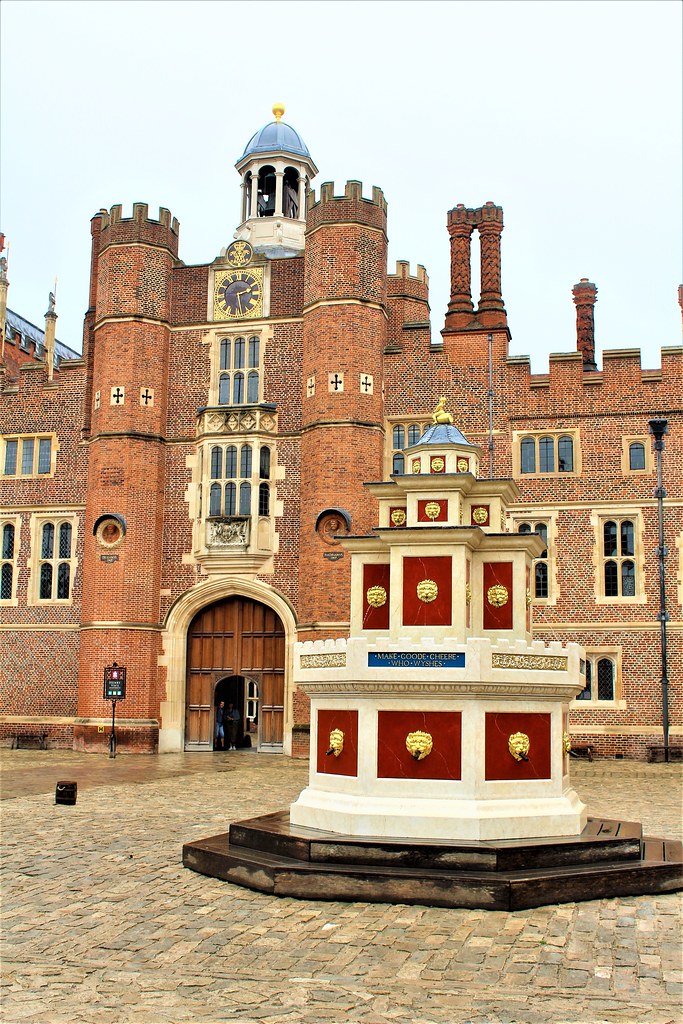 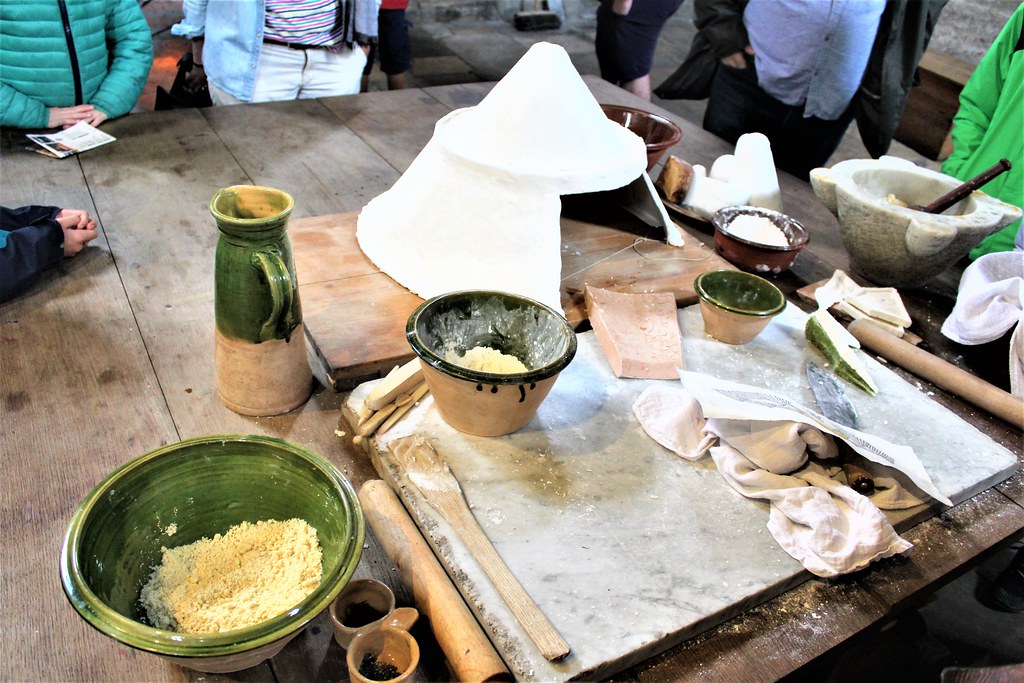 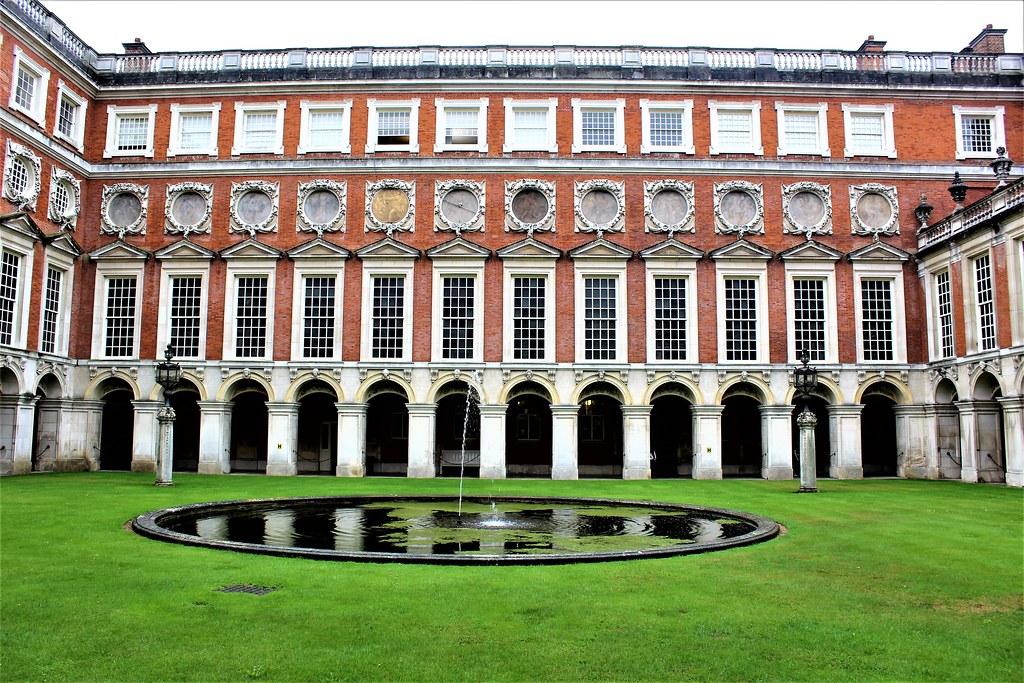 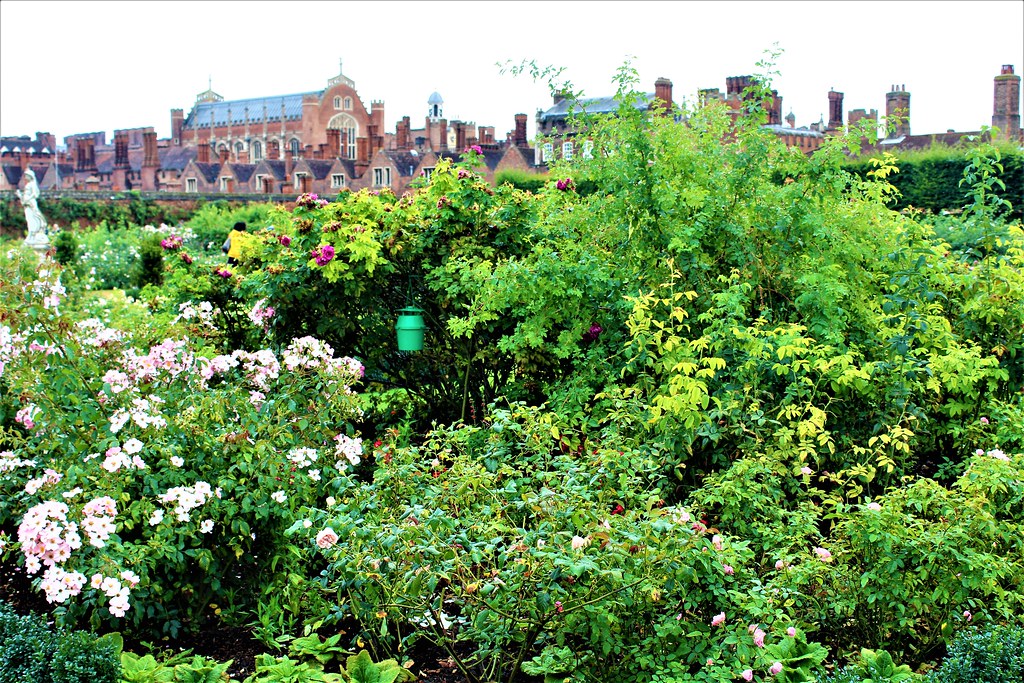 Gardens with Palace in background 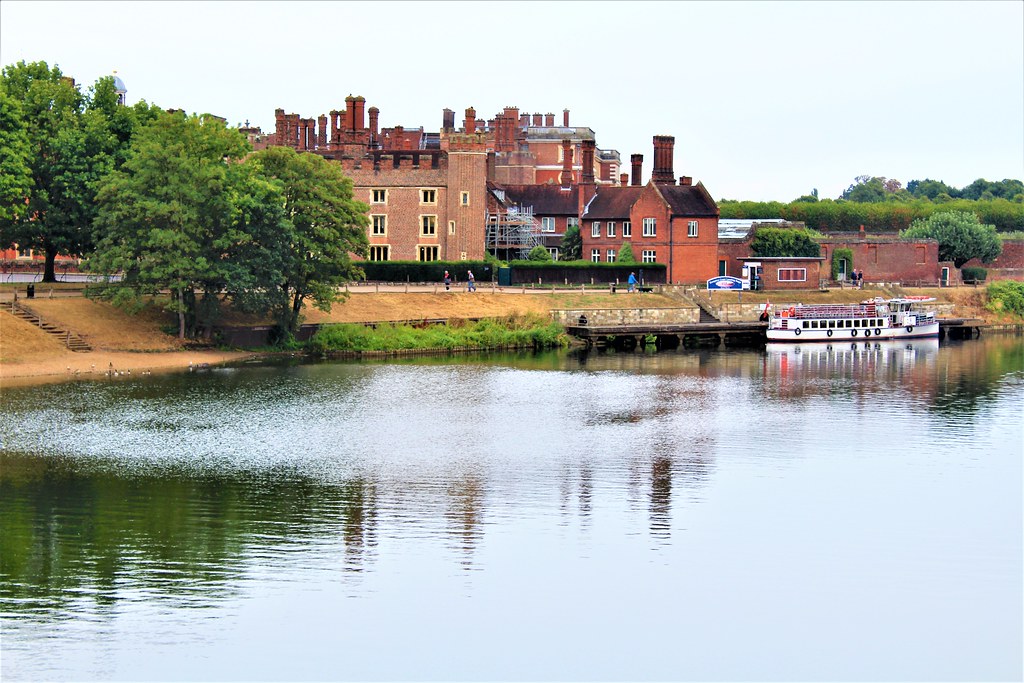 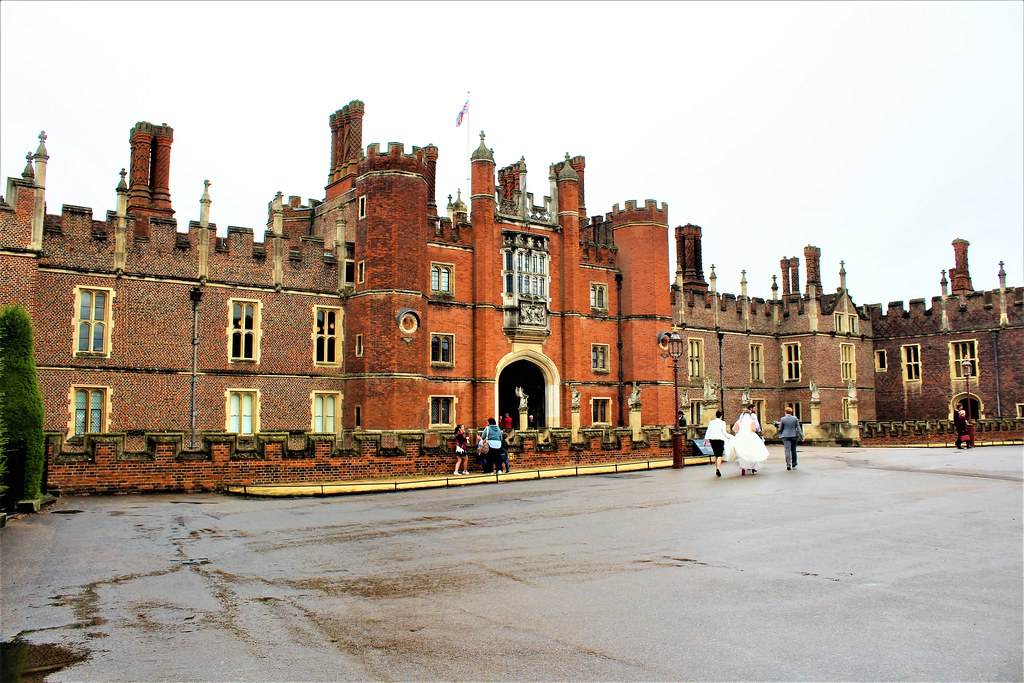 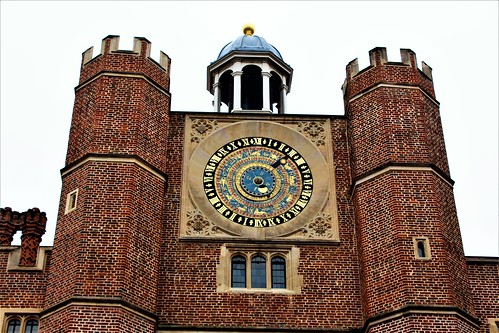 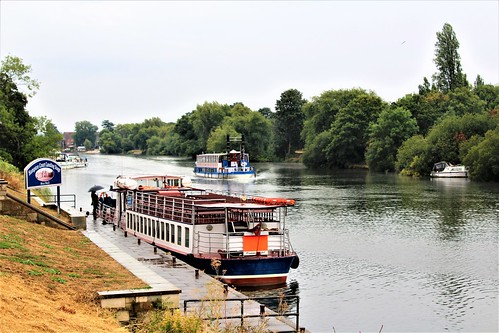