This afternoon, I have decided to feature some unusual, possibly 10th century, stone carvings from the Church of St. Helen’s, Bilton-in-Ainsty, Yorkshire, England. These unusual carvings can be found in the Lady Chapel of this church which has origins dating back to Saxon times (first millennium). Being of possible 10th century AD date, the carvings could be from the Viking era. The Vikings were pagans when they first came to Yorkshire but they soon adopted the Christian faith of the Anglo-Saxons they had conquered. 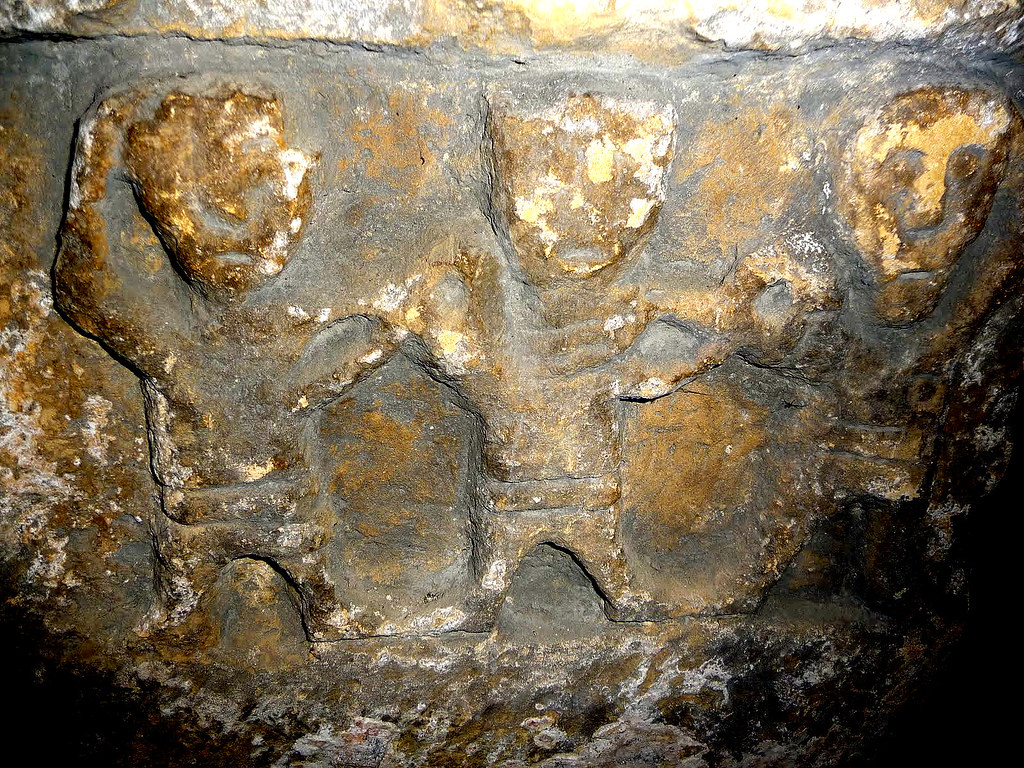 This stone is said to form  part of the 'great cross' next to it, dated to 900/1000AD. The chamfered edge was made when the stone was reused at some later date in the church. (The three figures may represent the three children in the fiery furnace.The Prayer of Azariah and Song of the Three Holy Children, abbreviated Pr Azar, is a passage which appears after Daniel 3:23 in some translations of the Bible) 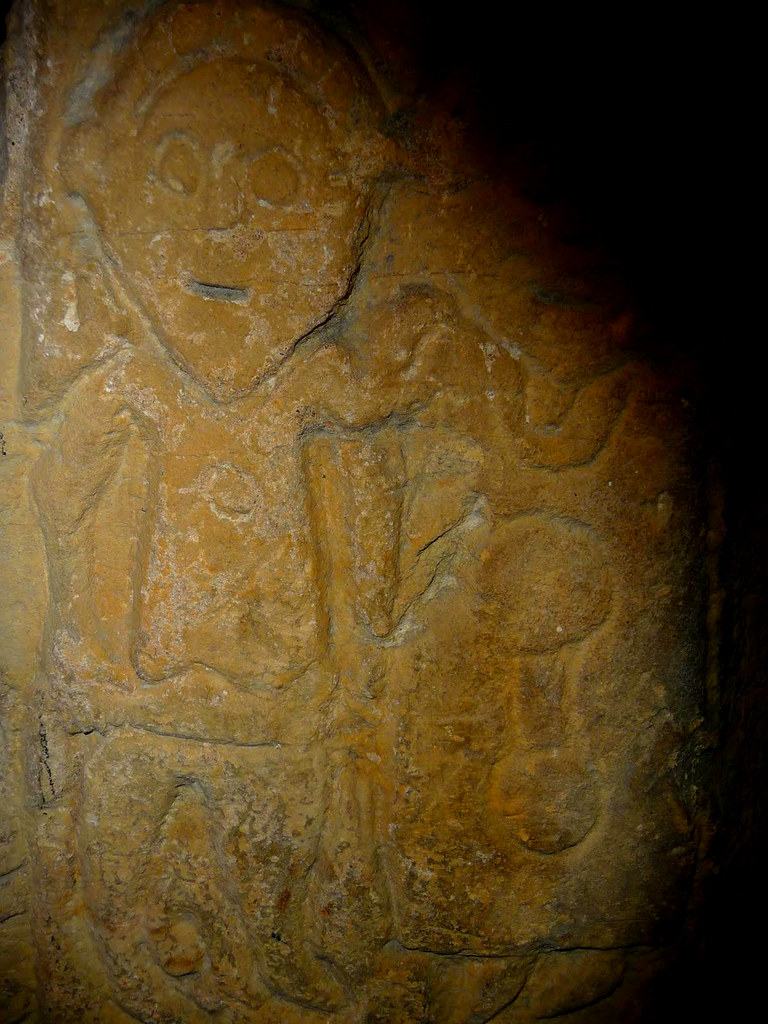 Close up of part of image below. 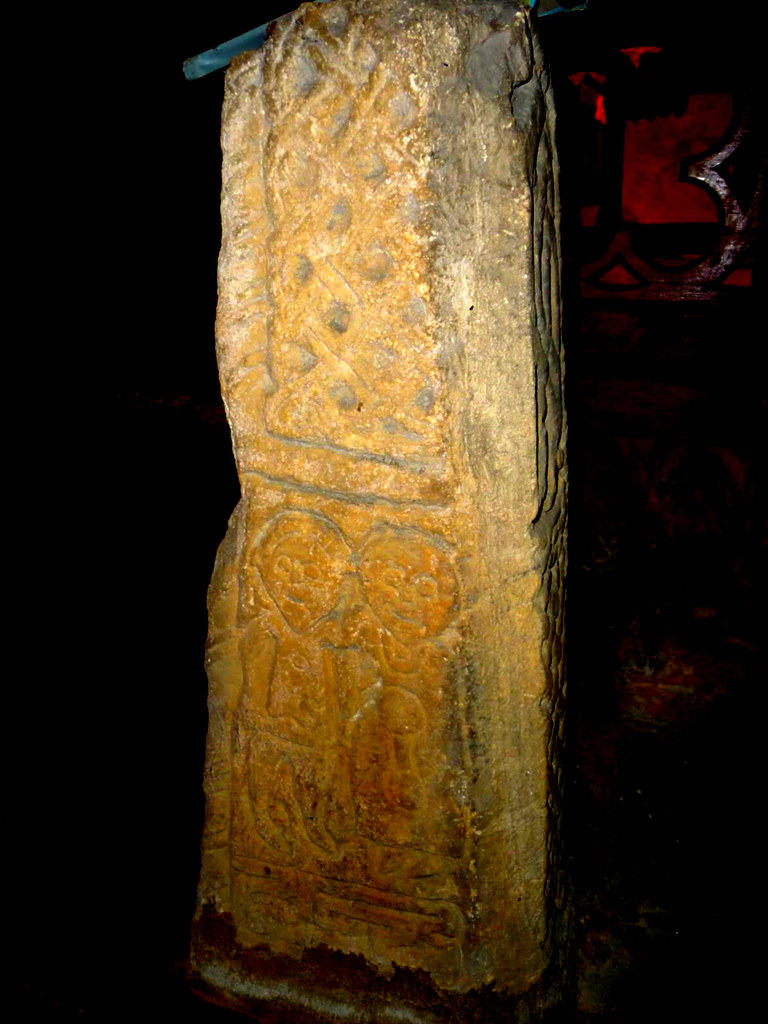 This and the other stones may have been re-used as grave-markers at various times.