This evening, I am posting information on Holy Trinity Church, Bosham, England.

Bosham is a coastal village and civil parish in the Chichester District of West Sussex, England, centred about 2 miles west of Chichester with its clustered developed part west of this.The village sits close to the coast and is about 82 miles SW of London.

The village was recorded as Bosanham in 731 AD which means 'Homestead or promontory of a man called Bosa'.

As will be evident from the information below, Bosham was important during the Anglo-Saxon period as evidenced by King Harold being in residence nearby, mention in the famous Bayeux Tapestry and the church housing a memorial to the daughter of the Danish King, Canute who, for a period in the 11th century, ruled England, Denmark and Norway.

The Sussex population was predominantly heathen (non-Christian) until the latter part of the 7th century.The exception being a small group of Irish monks (Celtic church) who were known to be at Bosham.

The church is now used for Anglican worship but was originally Catholic.

The key features of this historic church are: 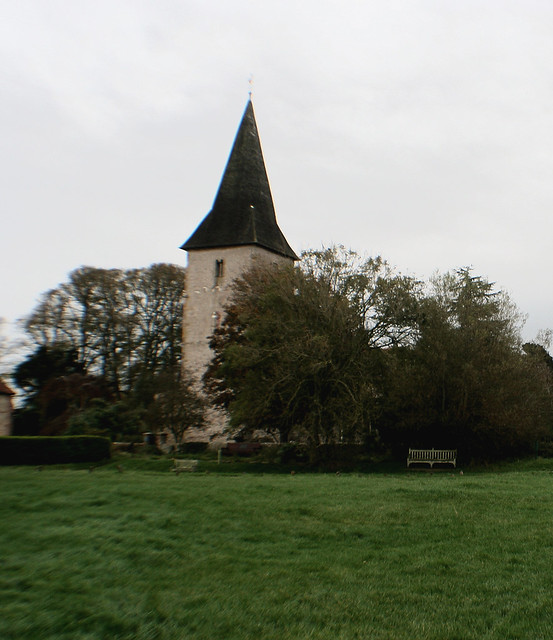