This evening I am posting information on the spa town of Harrogate in Yorkshire, northern England.

Harrogate is about 23 miles due west of the city of York and is home to a population of c.75,000.

The name has a fascinating etymology. It is of Scandinavian (Old Norse) origin and translates as 'Place at the road to the cairn or heap of stones'.

Mineral waters were discovered here in 1571 subsequent to which the town rose to prominence as a major Spa destination in Britain, attracting many wealthy patrons. However, later in the 20th century scientific developments surpassed the need for water treatments and the baths were closed for medical use in 1969. However, there is a strong legacy of times past and Turkish Baths are still in operation.

Here is the front of the former Royal Baths building which dates from 1897 and now houses a Chinese restaurant. 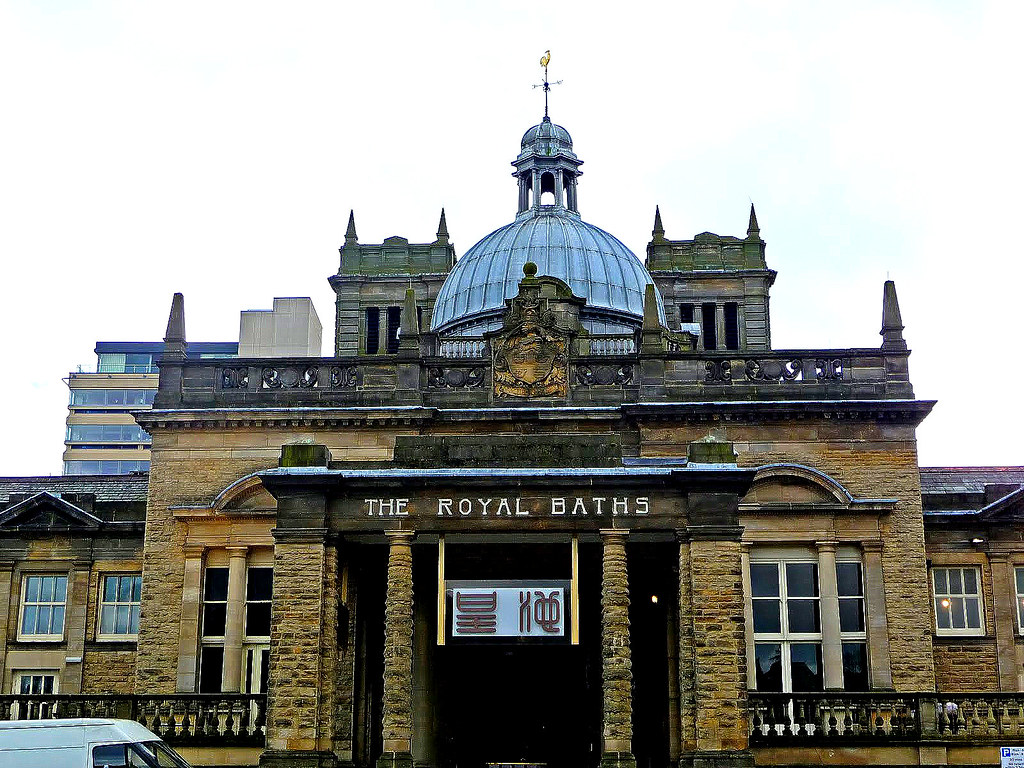 This is the front of the intriguing Royal Hall which dates from 1903 and benefited from a GBP10.8M restoration programme in 2008. 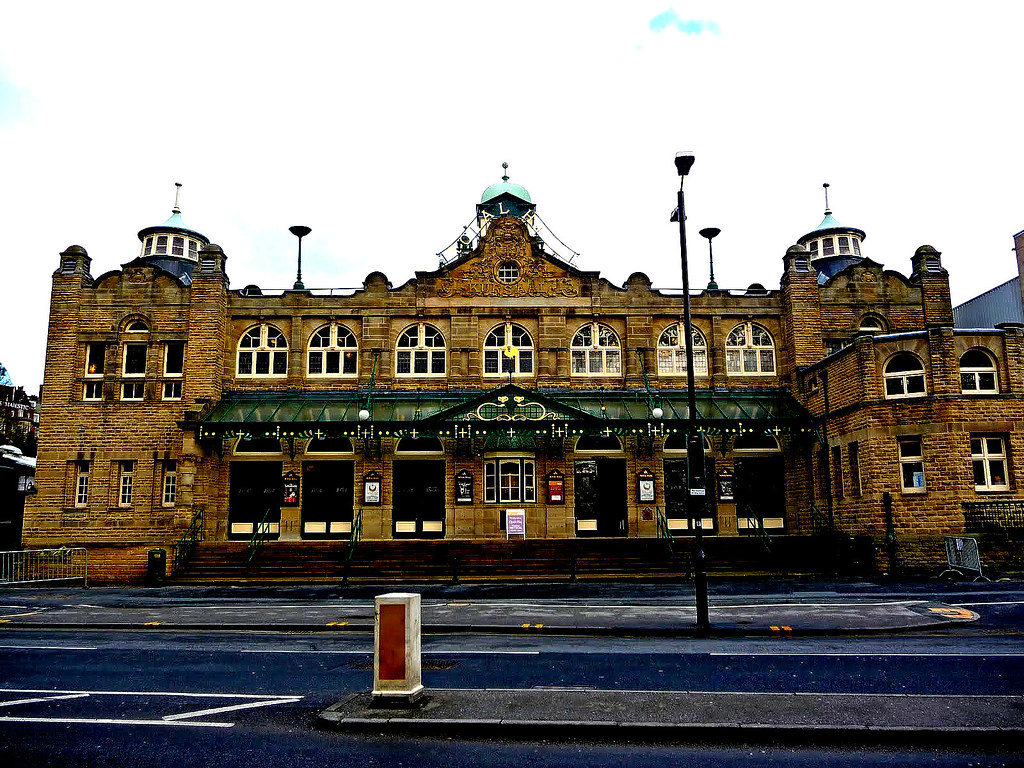 Here is a video clip illustrating the stunning interior:

This is the Royal Pump Room which also a museum. It was built over the Old Sulphur Well which produces water quite safe to drink but was once known as the 'Stinking Spaw'. A taste of this water lingers on the palate for a considerable time! 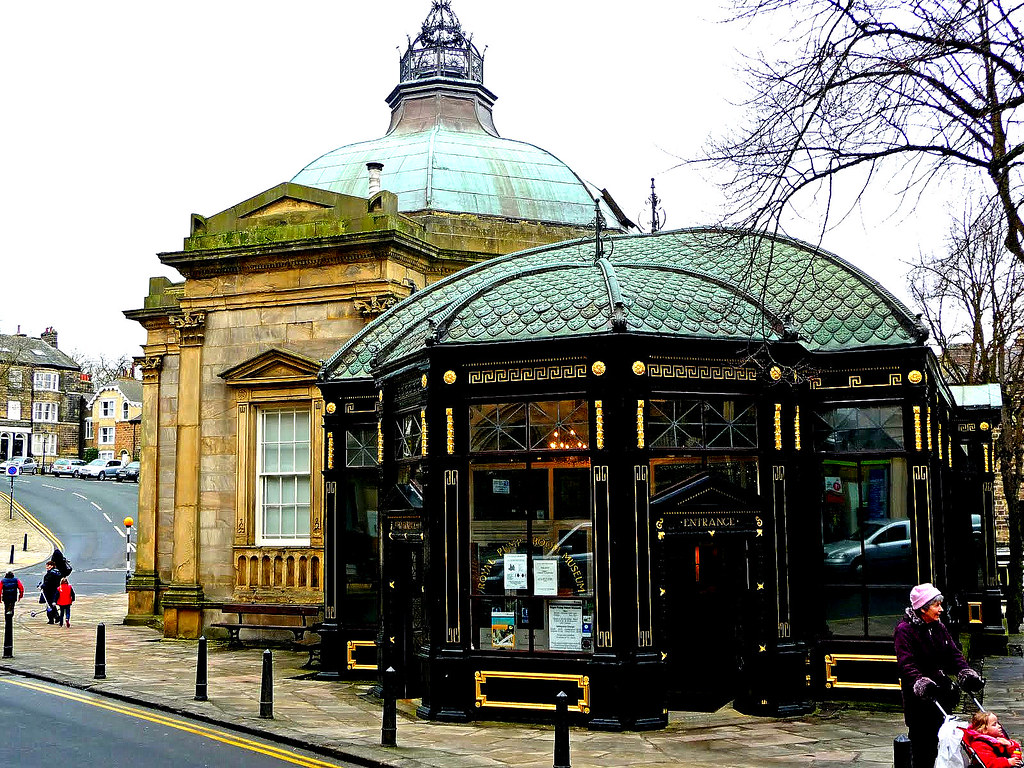 This is the former Magnesia Pump Room which in it's day dispensed water rich in magnesium. 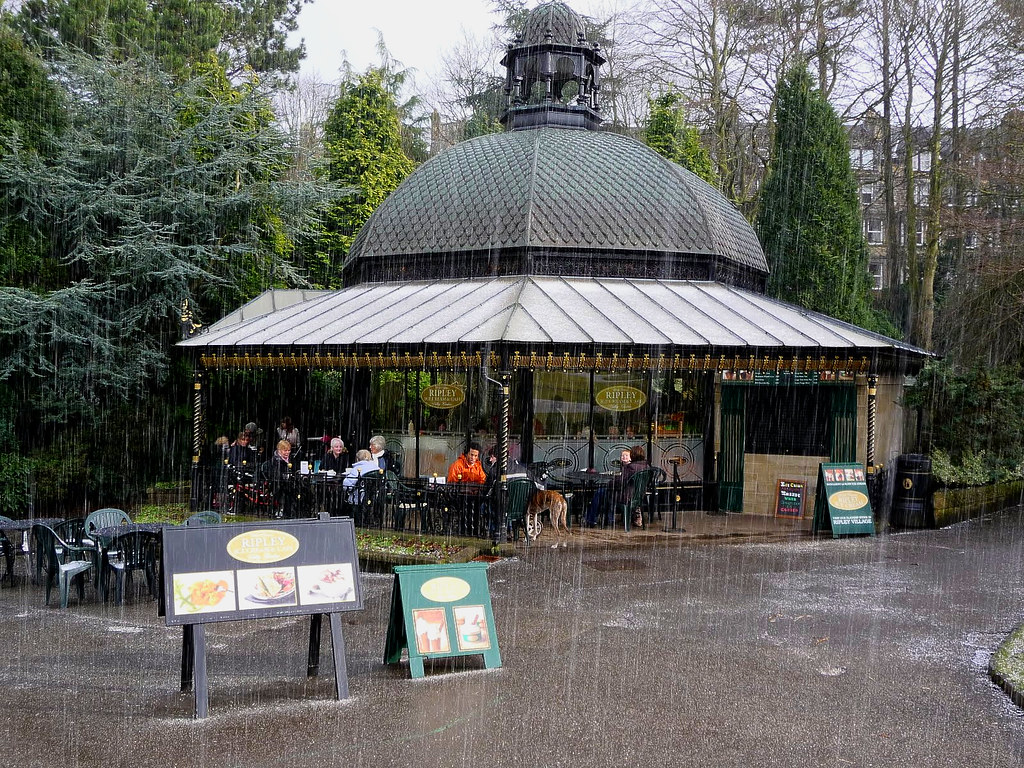 This is a tap producing free sulphur water for anyone who wishes it. 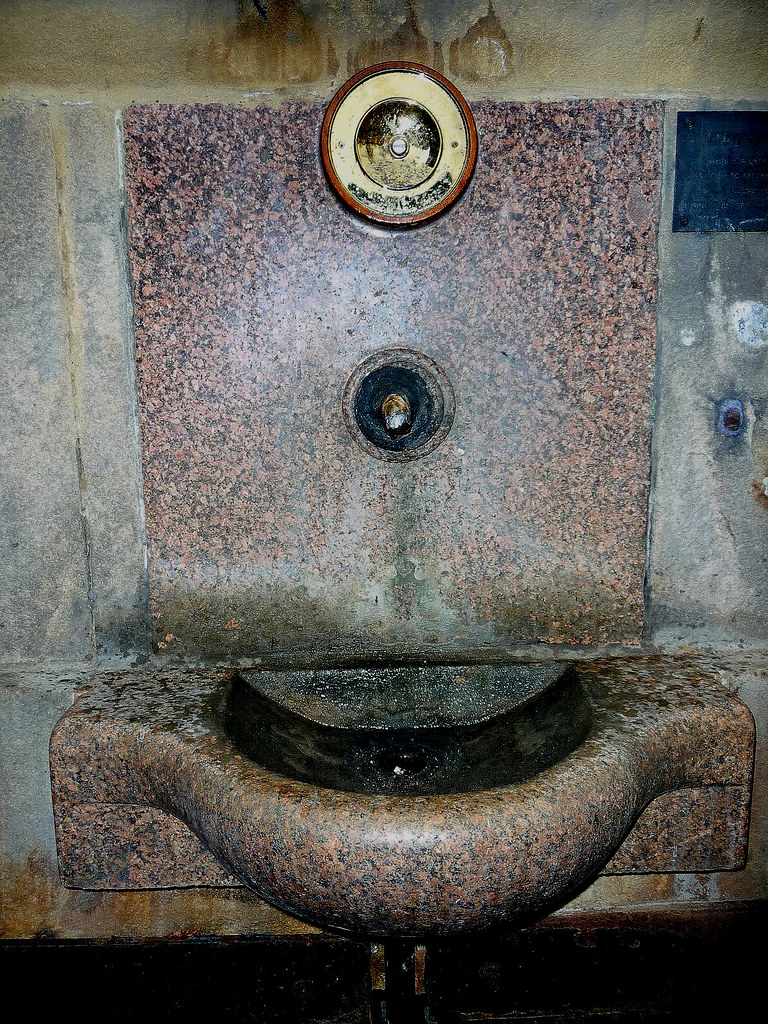 This is the Bogs Field which contains a total of 36 mineral wells, all producing separate and distinctive waters. 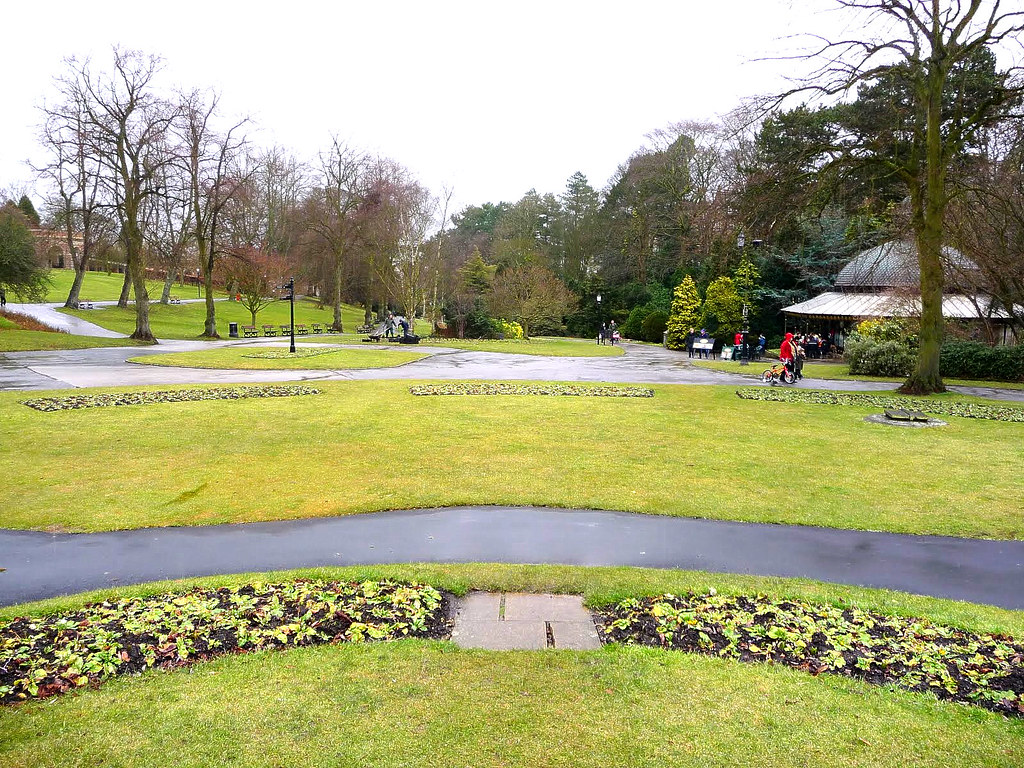 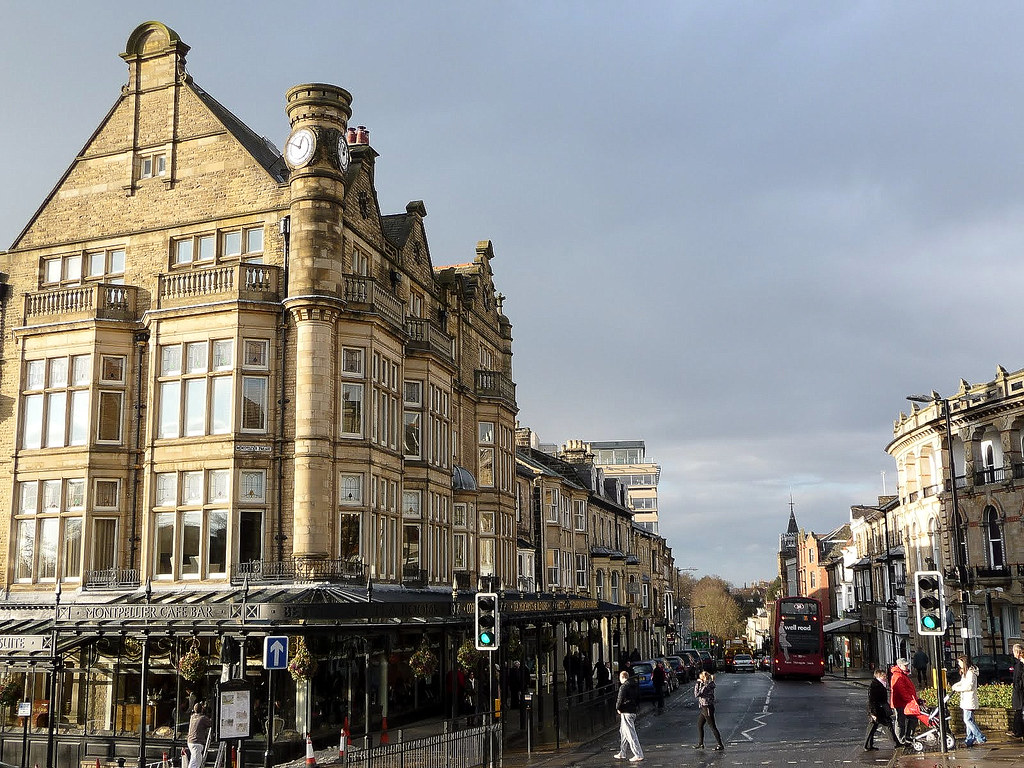 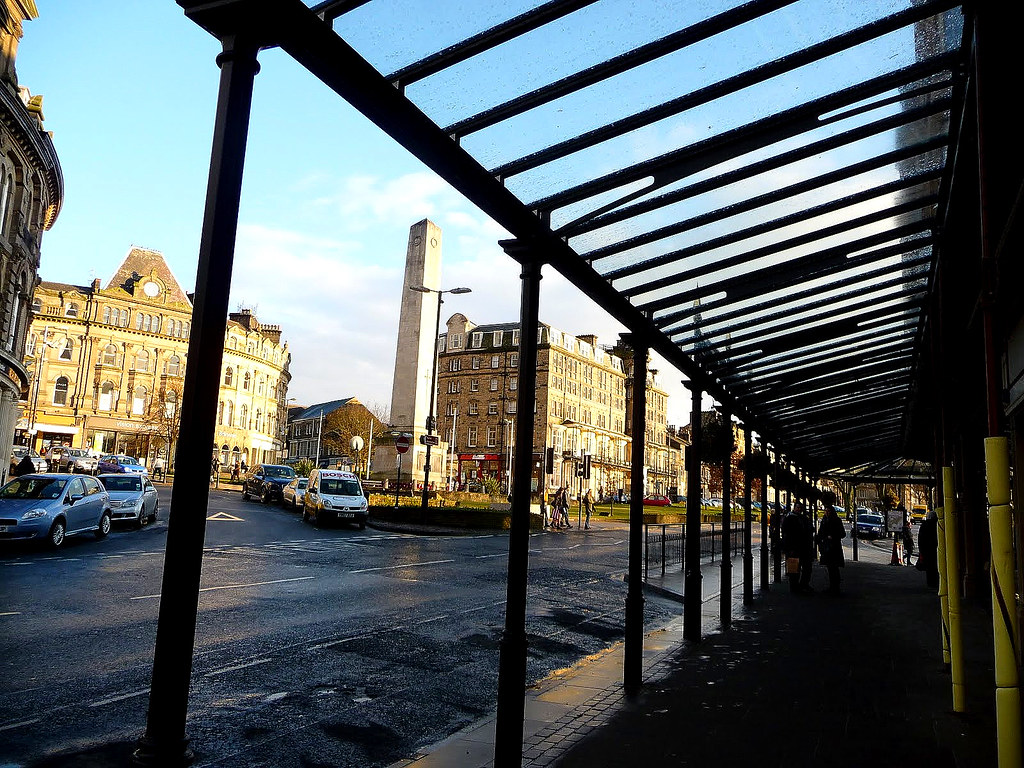