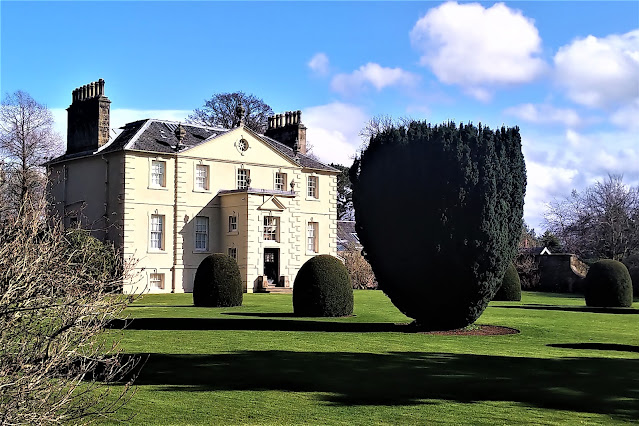 Earlier today my wife and myself undertook a short trip to the heritage site of Greenbank House near Glasgow, Scotland. Key object was to avail of the Spring sunshine and hopefully view some emerging snowdrops and crocuses.

Greenbank House is now owned by Scotland's National Trust but has origins as the mansion of an 18th century tobacco merchant whose wealth was created by importing American grown tobacco prior to that country declaring independence. There was nothing unusual in tobacco dealing in the early 18th century as the business created huge wealth for many local businessmen and 'kick-started' Glasgow's development as a commercial centre.

However, the tobacco business was dependent on slavery which,through today's eyes, is viewed with opprobium. In fact, many of Britain's palaces and grand houses were ultimately financed by slavery, mainly in the West Indies.

Greenbank boasts an excellent and well maintained garden but it was not open today. However, we did succeed in connecting with displays of snowdrops and other bulbs in the surrounding grounds. 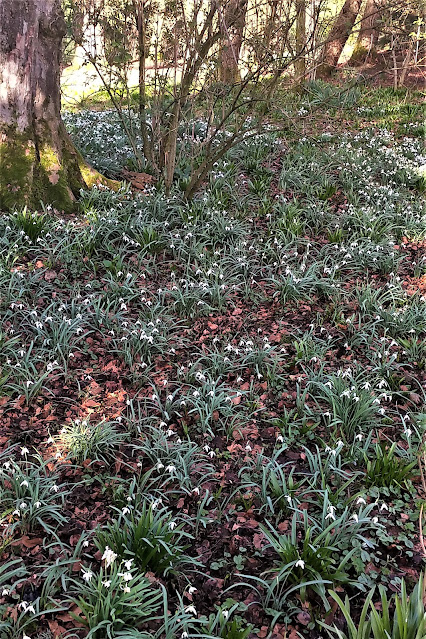 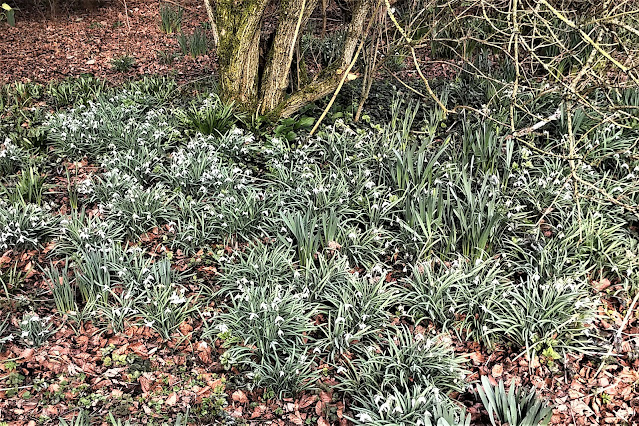 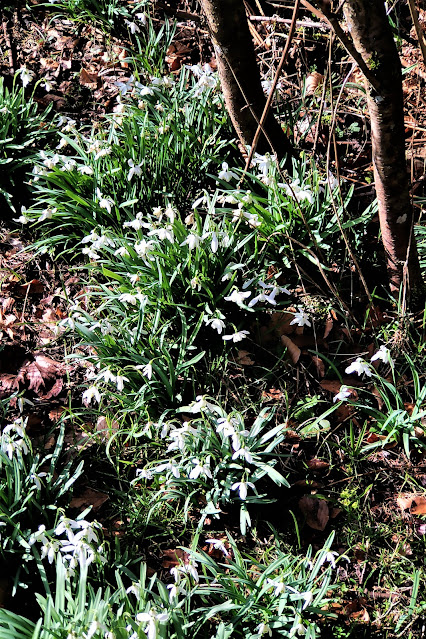 Snowdrops in woodland
Snowdrops at Greenbank